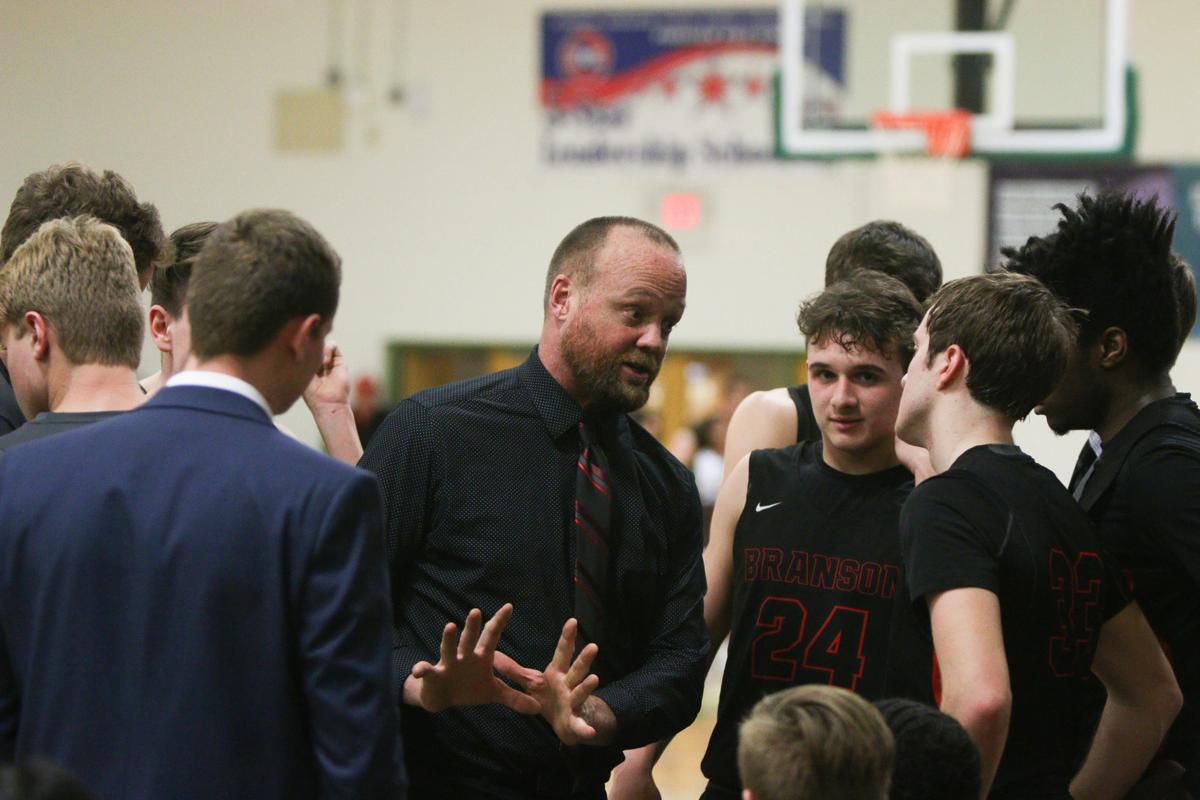 Head coach Mike Linehan speaks with his team during a timeout. The Pirates fell 65-50 against Kickapoo Tuesday, ending the season with a 10-18 record overall. 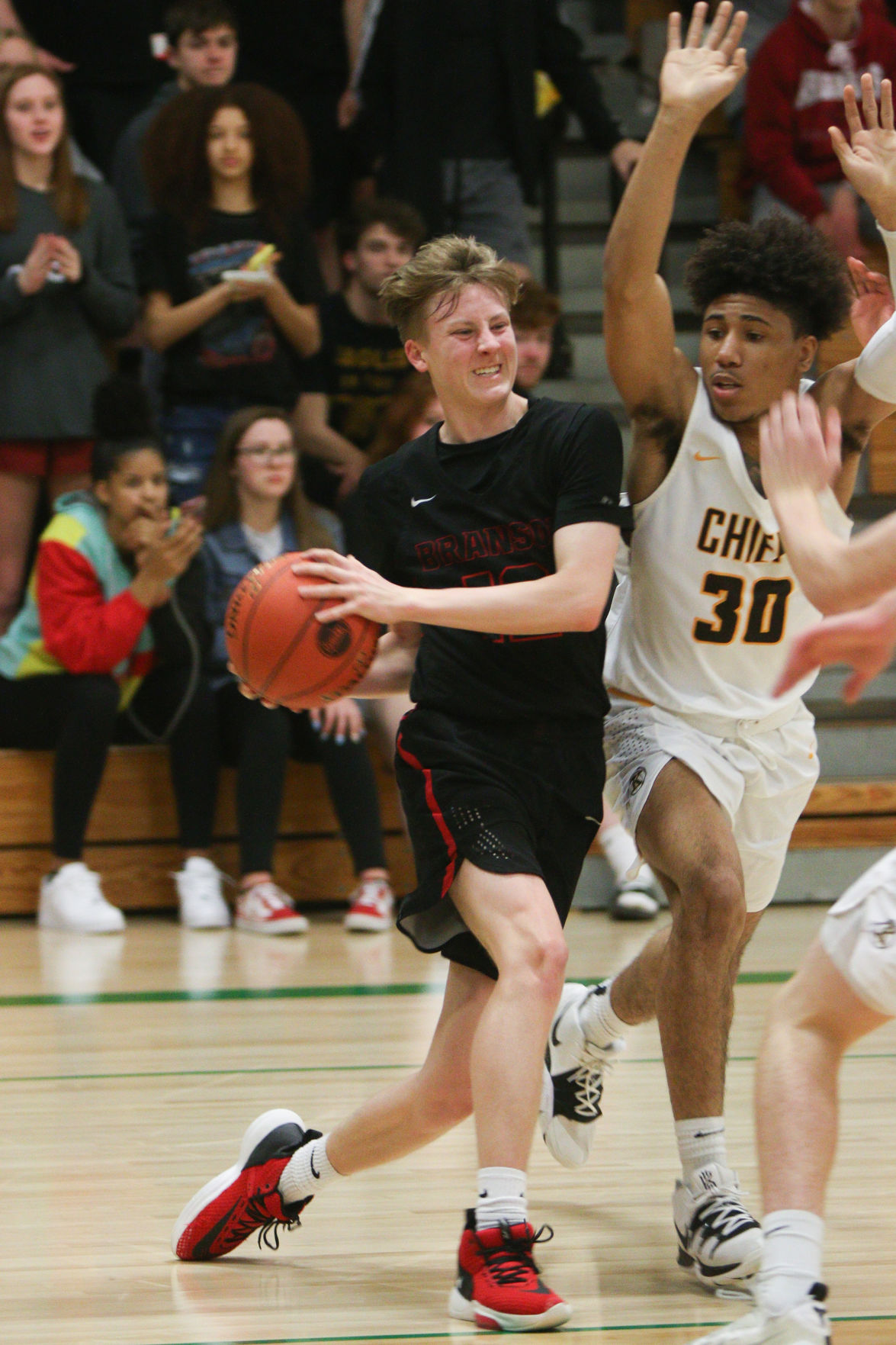 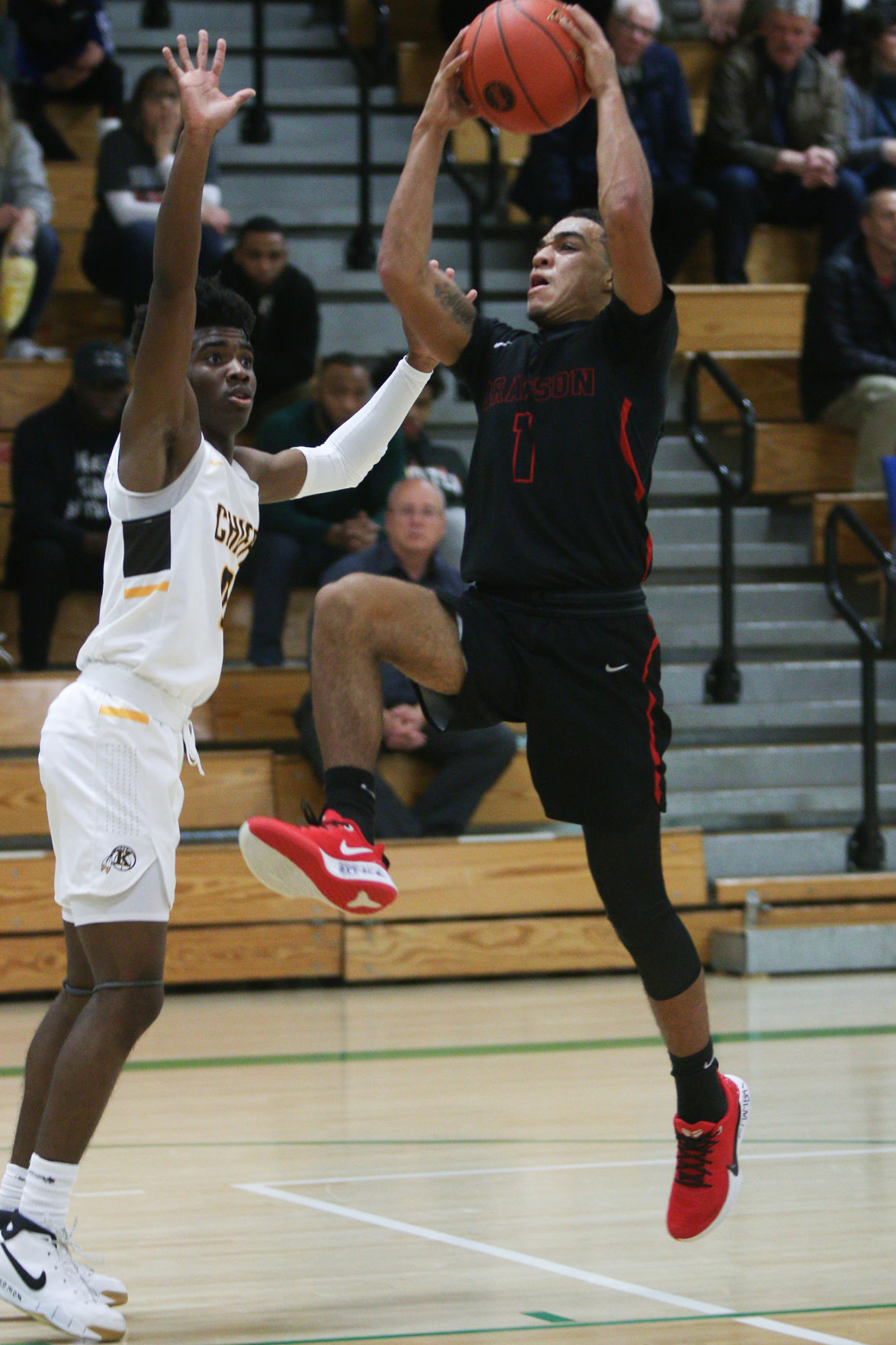 Branson senior D’Shawn Craigg goes up for a shot in Tuesday’s loss. The Pirates fell 65-50 against Kickapoo Tuesday, ending the season with a 10-18 record overall.

Head coach Mike Linehan speaks with his team during a timeout. The Pirates fell 65-50 against Kickapoo Tuesday, ending the season with a 10-18 record overall.

Branson senior D’Shawn Craigg goes up for a shot in Tuesday’s loss. The Pirates fell 65-50 against Kickapoo Tuesday, ending the season with a 10-18 record overall.

SPRINGFIELD – Last year’s district tournament ended for the Pirates against Kickapoo, and it happened again this year with a 65-50 loss Tuesday night.

The Pirates actually had a bit of an upper hand after two quarters of play, and they headed to the break with a 25-24 lead.

But they didn’t maintain that for long. Less than 20 seconds into the third quarter, Kickapoo took the lead. The Pirates would fight back with a three pointer from Ethan Jones, taking back the lead.

A foul later sent Kickapoo to the line, and they made both shots to tie the game back up. From there, Kickapoo took off with the lead.

Darion Williams and Aden Arnette would each hit shots in the third, hoping to take back the lead. Despite their efforts, the Pirates trailed 44-36 going into the fourth quarter.

Kickapoo got things started again in the fourth quarter, sinking a shot to pull them up to a 10-point lead. Jones answered with a shot of his own, but Kickapoo followed with four more points. With 5:31 left to play, the Pirates were down 50-38.

D’Shawn Craigg went to the line and sank one shot. After that, he hit another shot. Craigg would hit two more shots in the remaining time.

Jones tossed up another three points for the Pirates and Brady Blackwell added two.

Despite putting up 12 points in the fourth quarter, the Pirates were unable to hold Kickapoo, who had 15 in the last eight minutes. The Pirates ended the season with a 10-15 record overall.