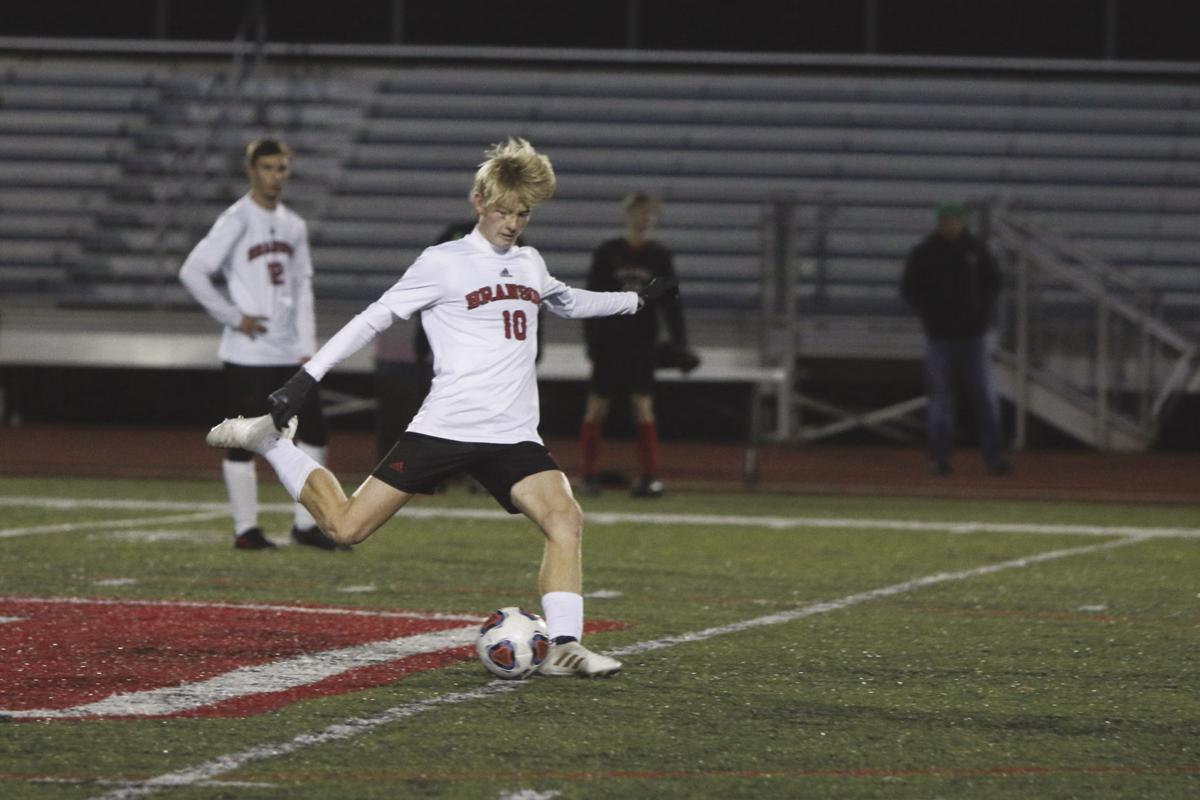 Junior Gaige Efird draws back for a kick in Thursday night's 6-1 loss to Ozark. 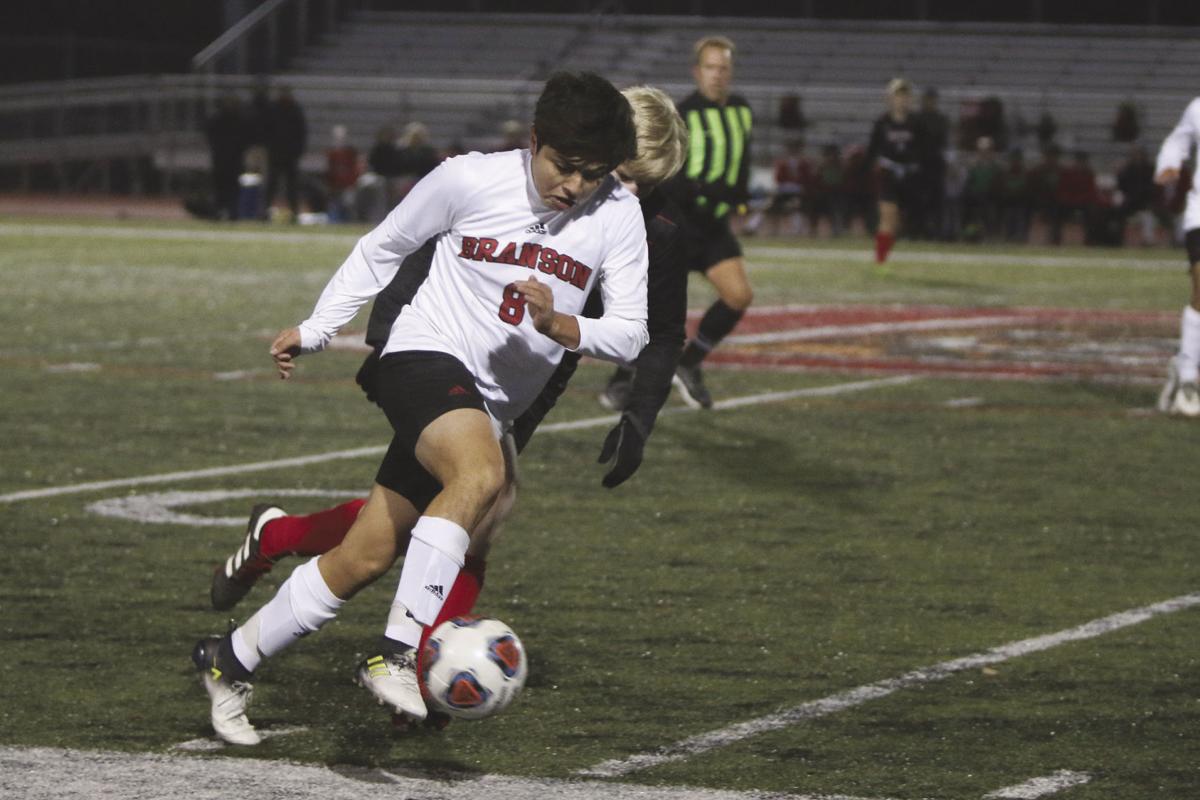 Sophomore Brayan Barboza travels up the field, protecting the ball from an opponent in Thursday's 6-1 loss to Ozark.

Junior Gaige Efird draws back for a kick in Thursday night's 6-1 loss to Ozark.

Sophomore Brayan Barboza travels up the field, protecting the ball from an opponent in Thursday's 6-1 loss to Ozark.

The Branson High School soccer season came to an end Thursday night with a 6-1 loss to Ozark High School.

The Pirates took home second place in districts — the 2019 season was their best yet, including the programs first ever win over Nixa on Tuesday night.

Ozark made their first goal early on, giving them the lead.

With just over 25 minutes left in the first half, sophomore Carlton Epps put the Pirates on the board — tying the game up.

But Ozark was quick to answer with one of their own, giving them the upper-hand once again. In the next seven minutes, they put up two more. Leaving the first half, Branson trailed 4-1.

Heading into the second half, the Pirates needed to hold their opponent and play a bit of catch up. They managed to hold Ozark at four goals for nearly 22 minutes, before they managed to score once again. In that time, despite many attempts, the Pirates were unable to score any goals of their own. Another goal from Ozark hit the net with just under three minutes left — giving Ozark a 6-1 lead that would win them the game.

Although Thursday night’s game didn’t go as the team or Brenner had hoped, Brenner said he is still proud of his team. In his post-game chat with the team, he told them to hold their heads high and be proud of what they accomplished this season.

There were 111 goals scored, 65 assists, 19 wins and two tournament championships through the season.

This year’s 19-6 record for the Pirates is the best the team has had in its twelve years as a team. Brenner has been the only head coach since Branson added boy’s soccer in 2008.

He said the 2019 team was an amazing group of young men, and he’s glad to have some of them returning next season along with some new talent from the middle school program.

“We’ve got a good core group of kids coming back,” Brenner said. “We’ve got 45 kids in our middle school program that are going to be coming up.

“We’re starting to get to where these other schools are, that have had soccer for 30 years. That’s what I look forward to — the next season, the next group.”