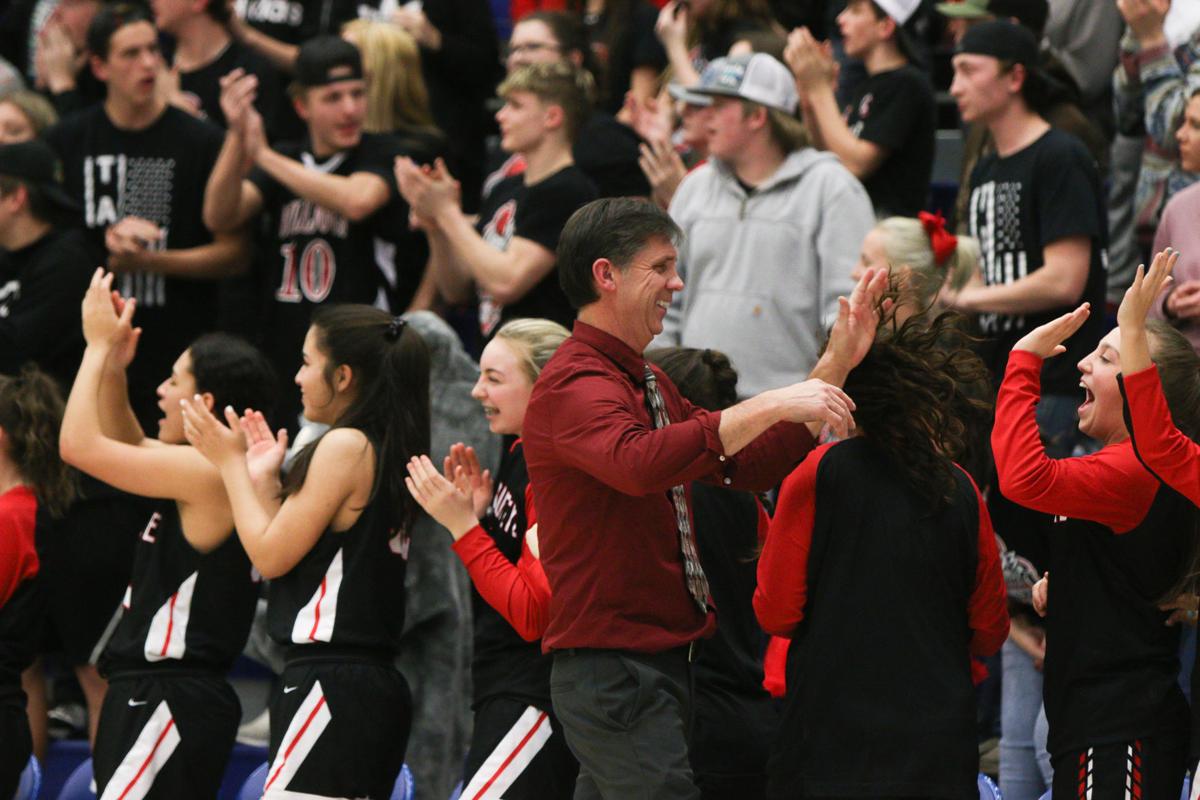 Head coach Ken Elfrink high-fives his team in the final seconds at Wednesday’s game. The Lady Bulldogs took a 46-40 win over College Heights Christian in Carthage. 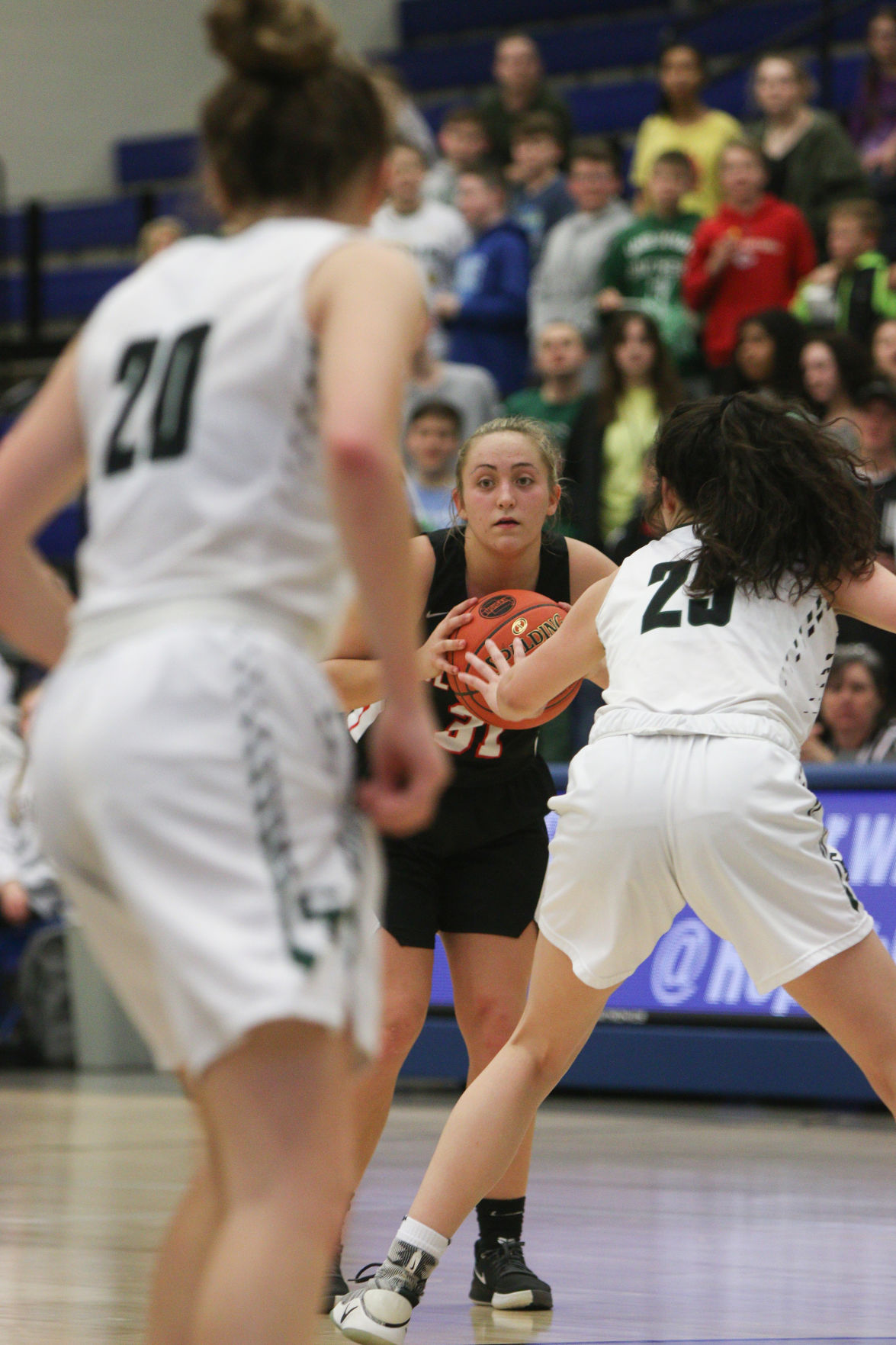 Senior Maddie Box looks for an opportunity to pass the ball. The Lady Bulldogs took a 46-40 win over College Heights Christian. 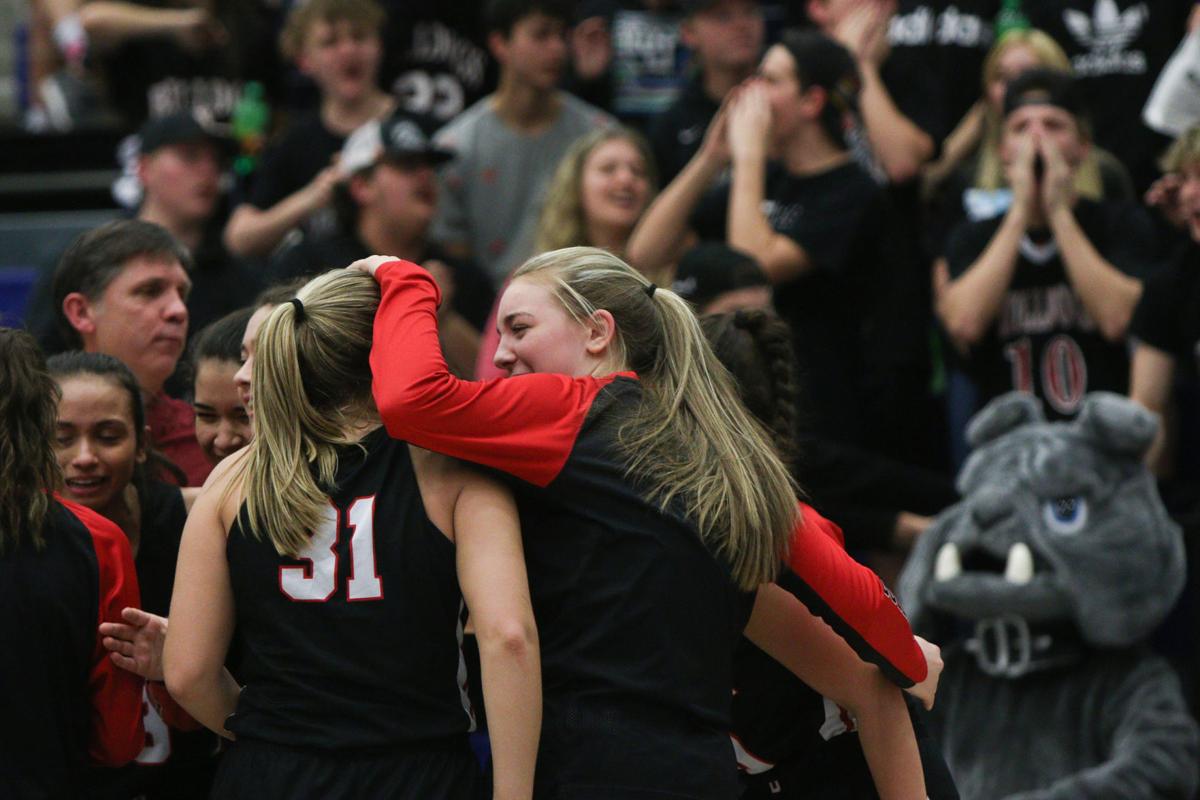 Head coach Ken Elfrink high-fives his team in the final seconds at Wednesday’s game. The Lady Bulldogs took a 46-40 win over College Heights Christian in Carthage.

Senior Maddie Box looks for an opportunity to pass the ball. The Lady Bulldogs took a 46-40 win over College Heights Christian.

CARTHAGE – The Lady Bulldogs have a chance of making it to the final four after nabbing a 46-40 win over College Heights Christian School Wednesday night in Carthage. They play Mansfield (24-6) in the quarterfinals Saturday.

Wednesday’s win improved the Lady Bulldogs’ record to 26-4 for the season. Head coach Ken Elfrink said the game was a defensive battle on both ends of the floor.

“Defensively, I think we did a good job of guarding the ball screen and helping the helper,” Elfrink said. “We made it tough on them.”

Early on, CHCS got some  points in transition. Elfrink said his team made some mistakes and missed some easy shots in the first quarter.

At the break, the teams were tied at 20. The Lady Bulldogs were up after the third quarter, but only by three points. The fourth quarter is when the pressure was really on both ends of the floor.

CHCS got things started in the fourth, sinking a shot to close in on the lead. The two teams battled back and forth, but CHCS was sent to the line to attempt a couple of free throws. They hit one to tie the game back up at 30.

Shortly after CHCS tied it up, senior Kohnnar Patton got her turn at the line. Patton hit both shots to put the Lady Bulldogs back on top. Sophomore Avery Arnold followed, hitting one shot to increase the lead by one more point.

CHCS hit a shot after that, but Patton answered to keep Blue Eye ahead. Kyla Warren followed with another shot for the Lady Bulldogs, and the team was up 37-32 with 3:38 left in the game.

CHCS hit a three to bring the game within two points once again.

Patton visited the line, sinking one to increase Blue Eye’s lead to three. CHCS had their turn at the line after that, sinking both shots to trail by just one.

Makayla Johnson hit back-to-back shots to give the Lady Bulldogs a 42-37 lead. CHCS got it within two points, but that’s the closest they would come for the remainder of the game.

What really sealed the deal for the Lady Bulldogs was free throws late in the game. They visited the line three times in the final 40 seconds of the game.

Elfrink said the girls made free throws when they needed to make them.

“I think we put the pressure on them late in the fourth quarter,” Elfrink said. “We caused them to speed up a little bit and make some mistakes.”

The Lady Bulldogs are moving on to the state quarterfinals, where they face Mansfield at 1 p.m. Saturday, March 7 at Republic High School.

Elfrink said it’s sure to be a good game, and Mansfield’s head coach is one of his long-time friends.

Neither of the coaches have ever made it to the final four.

“When it comes right down to it, one of us is going to have an opportunity to go,” Elfrink said. “I think it’ll be a good game.”