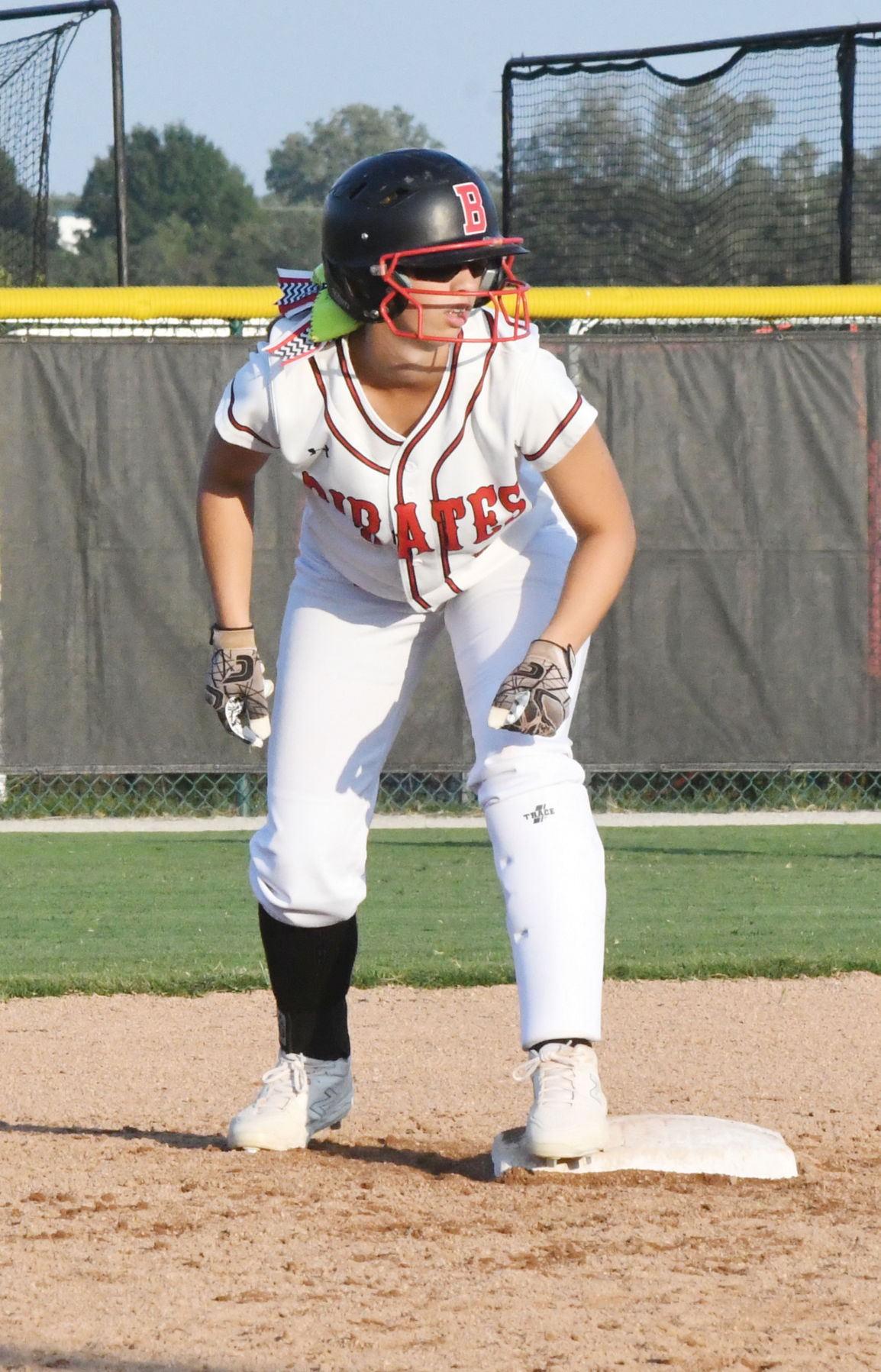 Savannah Miller is hitting .355 for the Branson softball team this season, with 11 hits, nine RBIs and no strikeouts in 33 plate appearances. 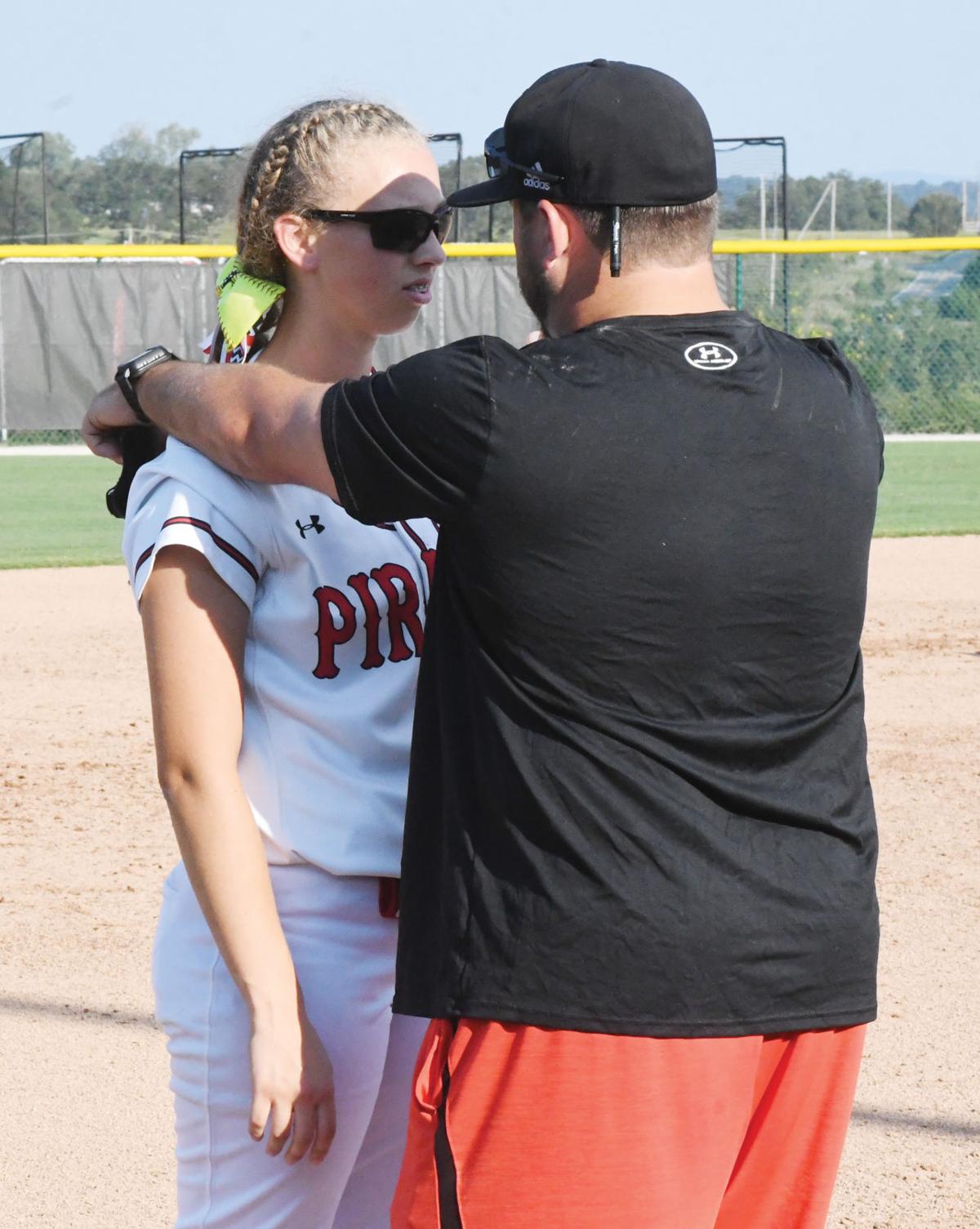 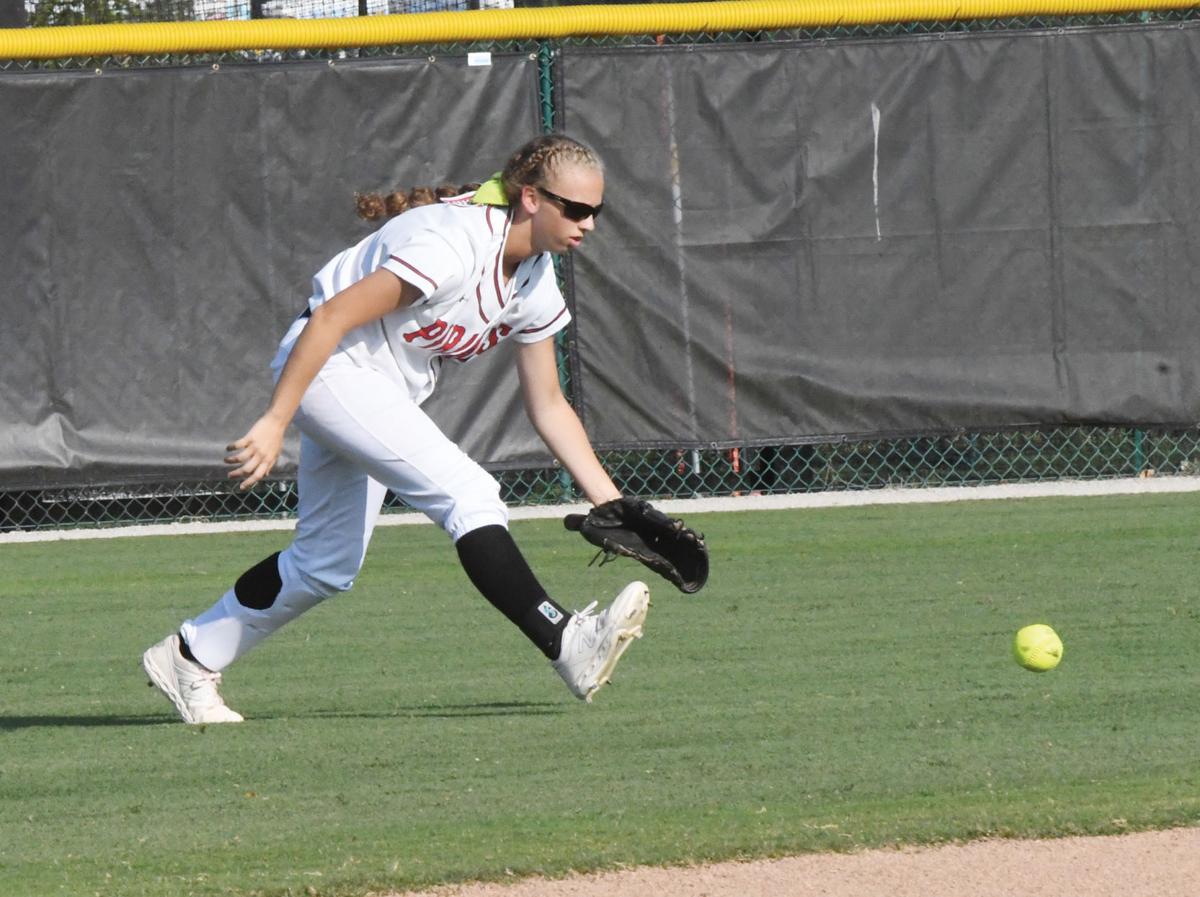 Branson senior Savannah Miller has shown the ability to be an effective player at catcher, center field, shortstop and first base for the Lady Pirates’ softball team.

Savannah Miller is hitting .355 for the Branson softball team this season, with 11 hits, nine RBIs and no strikeouts in 33 plate appearances.

Branson senior Savannah Miller has shown the ability to be an effective player at catcher, center field, shortstop and first base for the Lady Pirates’ softball team.

You’d have to forgive Savannah Miller if she needed an extra-large travel bag to carry everything she needs to play for the Branson High School softball team.

Miller, one of only two seniors for the Lady Pirates this season, has shown she can make a contribution at several different positions.

She was at catcher last season, and coach Josh McKee wanted to utilize her speed and quickness more in the field this fall.

So Miller has spent most of this season patrolling center field. She’s also spent time at shortstop, and can even play some first base in pinch.

That versatility has paid off for the Lady Pirates.

“Everybody else, if they follow in her footsteps, they would set themselves up to be very successful,” McKee said. “She’s more of the quiet, watch-what-I-do leader. You never have to question her work ethic or if she’s going to be ready to play that day.

“She’s a good teammate and she’s always going to be punched-in and set a good example for the younger girls to follow.”

She showed her versatility in a Tuesday afternoon game against Republic, playing a steady center field before moving to shortstop for the final two innings. At short, she made a nice running catch of a bloop fly ball and ended a Republic threat with a routine throw on a short ground ball.

Miller has shown the ability to be an impact player at three of the more difficult positions there is.

She doesn’t really even have a favorite spot.

“Just wherever we need me to play, I’ll play,” Miller said. “It doesn’t matter to me.

“I just want to help the team as a whole, get us up and get us going so we can get some wins put together.”

Miller reached a career milestone earlier this week, collecting her 100th career hit as part of a 2-for-4 day during Monday’s loss to Aurora. She added two more hits and an RBI on Tuesday afternoon against Republic.

“That means a lot,” Miller said. “It’s taken a lot to get here, and last season was kind of a rough season. I needed to capitalize on it my senior year.”

Miller hit .277 as a junior, finishing with 23 hits, four doubles, two home runs and 12 RBIs. She has given her numbers a boost this fall, sporting a .355 average through nine games, with 11 hits and nine RBIs.

Perhaps most impressively, she has yet to strike out in 33 plate appearances.

“That is a huge achievement,” McKee said of Miller joining the 100-hit club.

“To be honest, her season last year wasn’t very good. … If she would have had a better year last year, she probably would have gotten to 100 hits last season, and that’s remarkable.

“It says what kind of player she is and the talent she has.”

With Miller and Cat Ford the only seniors on the team, and three juniors on the roster, the majority of the team is young and untested. Two freshmen and five sophomores were in the starting lineup on Tuesday.

It’s a situation where Miller enjoys being a leader, and wants to help the young players come along so the program is in as good a place as possible when she leaves.

“It’s always been just us two, and then younger,” Miller said. “I’ve learned a lot from the older players as I’ve gone through my four years.

“I think we’re doing a lot better. We’re young, but we have a lot of talent, and I think we’re moving in the right direction.”

Branson is heading into the meat-grinder portion of its schedule, with games against Springfield Glendale (8-2) and Logan-Rogersville (13-2) at this weekend’s Branson Lady Pirate Invitational, then Springfield Kickapoo (10-3) on Sept. 27 and Bolivar (8-3) in the regular-season finale on Oct. 14.

Then McKee and the Lady Pirates will have to move on without the seniors on this year’s team.

It’s not something he is looking forward to.

“She’ll be very hard to replace.”