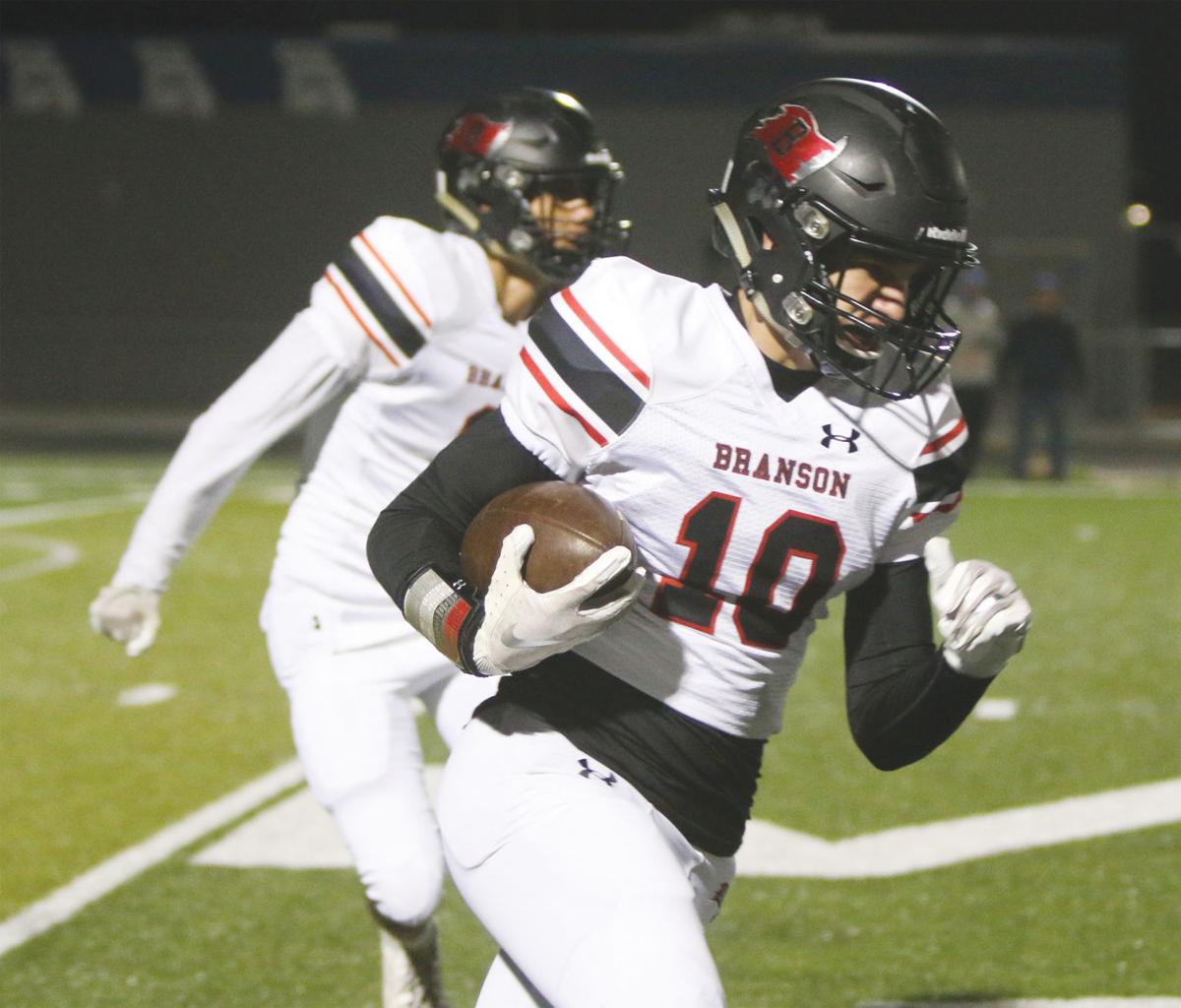 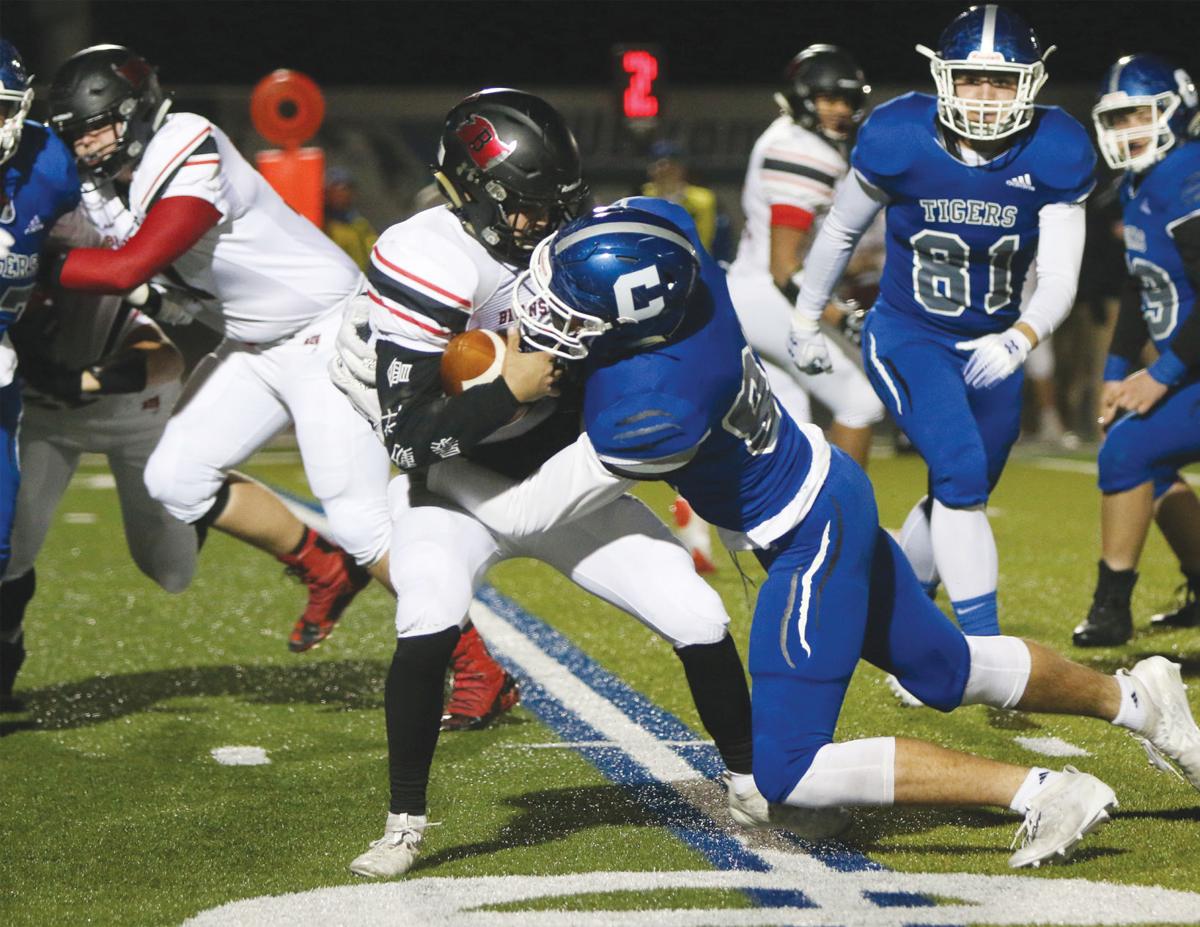 Tristan Pierce holds onto the ball as Carthage goes for the tackle in Friday's district loss. 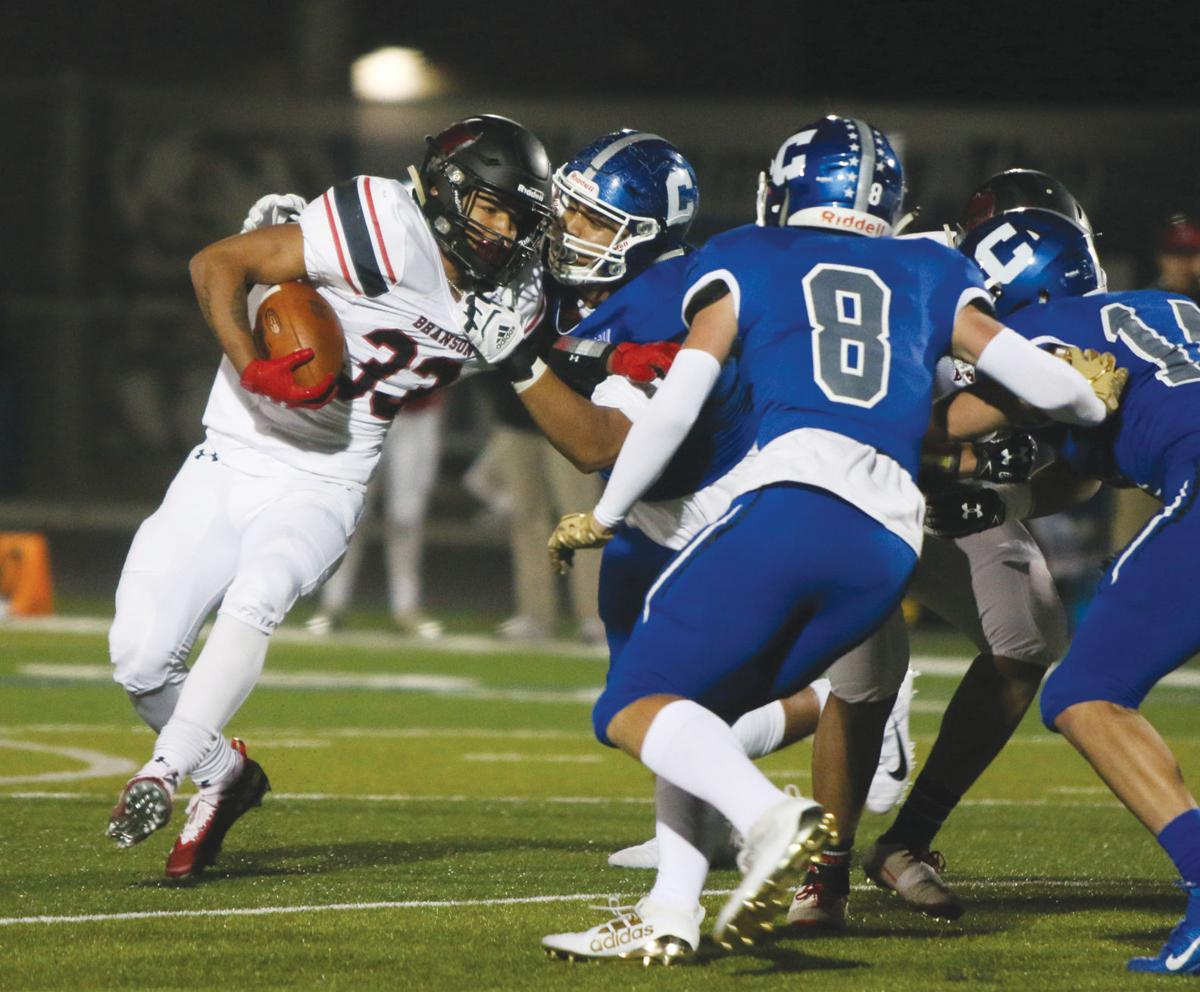 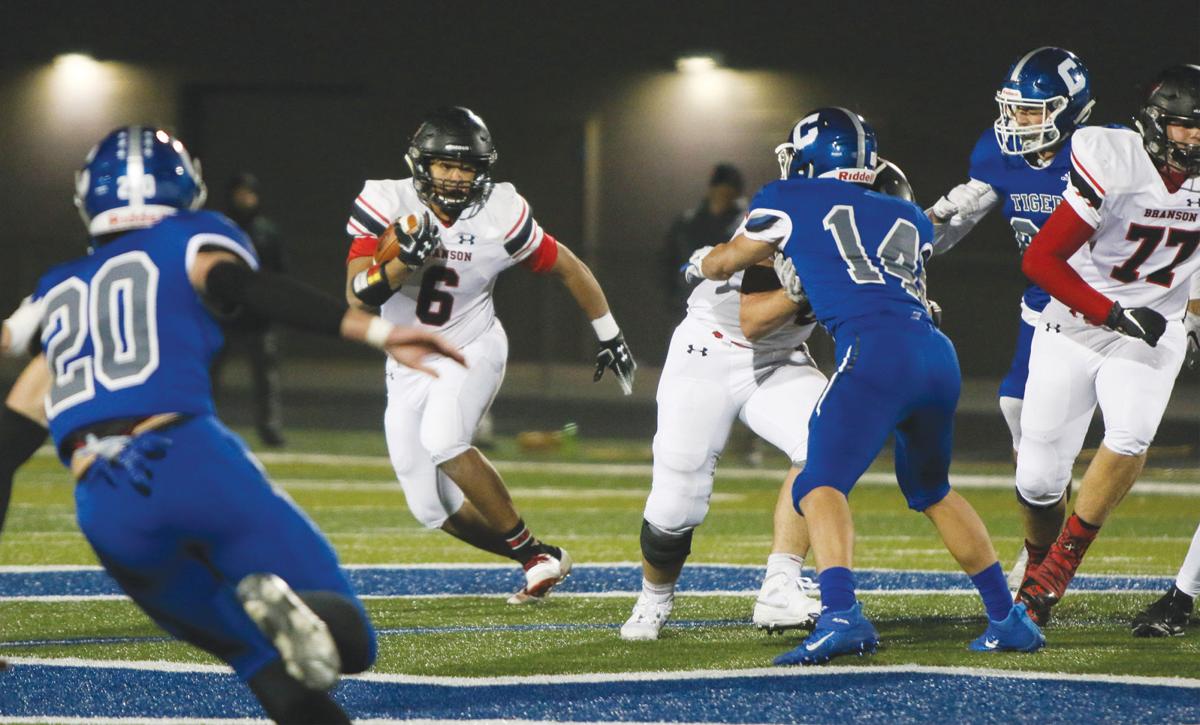 Junor Cristian Berumen carries the ball in Friday's game. Branson ended their season with a 48-10 loss to Carthage.

Tristan Pierce holds onto the ball as Carthage goes for the tackle in Friday's district loss.

Junor Cristian Berumen carries the ball in Friday's game. Branson ended their season with a 48-10 loss to Carthage.

The Branson Pirates fell in the district semi-final game to the Carthage Tigers Friday night 48-10.

Pirates head coach Anthony Hayes said their game plan going into Friday was controlling the clock and maintaining a good offense while playing some keep-away.

“Everything started off really well in that aspect,” Hayes said.

The Pirates took up around nine minutes of the first quarter and drove the ball into the Tigers’ territory.

“I really wish, looking back, that we got some points out of that,” Hayes said.

The Pirates managed to hold the Tigers for about 11 minutes before the Tigers were able to get their first touchdown. The extra point was good, putting them on top with a 7-0 score to end the first quarter.

Early into the second quarter, Branson fumbled the ball. That was enough for the Tigers to take off and score their second touchdown. Once again, the extra point was good. The Tigers led the Pirates 14-0.

Throughout the rest of the first half, Carthage added two more touchdowns. With the minutes dwindling in the half, Branson trailed 28-0. With just seconds left, a 32 yard field goal from junior Cristian Berumen got the Pirates on the board.

Leaving the half, Branson trailed 28-3.

In the third quarter, Carthage added a couple of more touchdowns to put them up 42-3.

MU's Martin on social justice, the pandemic and basketball

Tuioti has faith in the next wave of Husker DLs, including a sophomore to watch in Wildeman

With just under six minutes left in the quarter, Branson sophomore Tristan Pierce completed a 51 yard pass to sophomore Colton Cooper for the touchdown. With the extra point, the Pirates now trailed 42-10.

But the Tigers were able to get one more touchdown in before the quarter ended, they missed the extra point but were still up 48-10 going into the last 12 minutes.

Both teams were scoreless in the fourth quarter.

“I feel like we could move the ball a little bit,” Hayes said. “But then we ended up turning it over, and really, football games typically come down to whoever turns it over the least.”

The Pirates ended their season with a 2-9 record, but Hayes said he’s excited for the future.

“We’re excited for the future,” Hayes said. “We played a lot of young kids this year.”

In Friday’s game, Hayes said they played upwards of 10 to 12 sophomores and half a dozen juniors. The Pirates have nine returning on offense and six on defense. He said he hopes this will help the team build for the future.

The Pirates are saying goodbye to sixteen seniors this season.

“We’re proud of the effort and commitment they gave our football program during the past few years,” Hayes said. “I’m really proud of the fight that they showed through a season with a lot of adversity.”