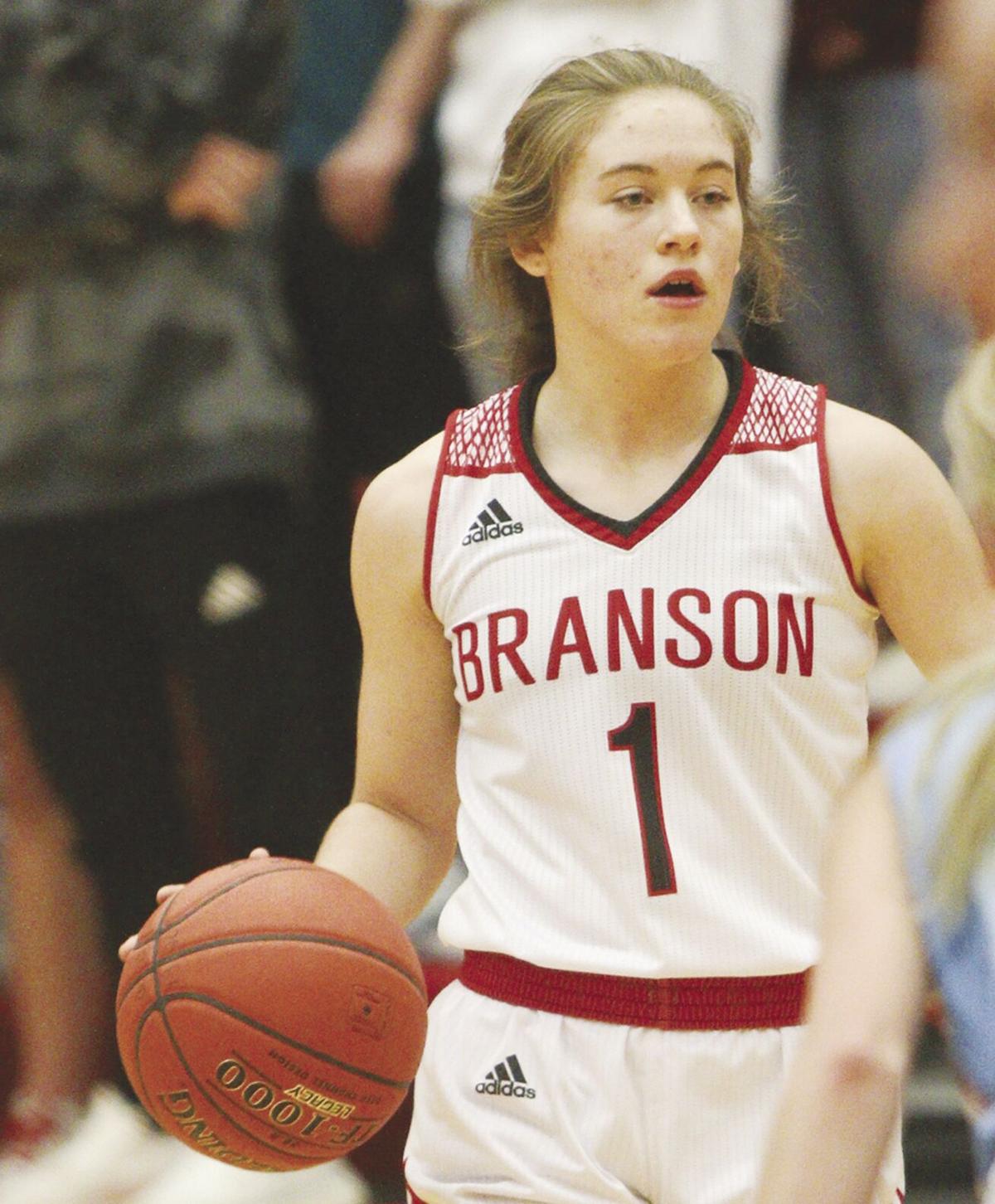 Chloe Grimm looks for an opening in a basketball game her sophomore season. Grimm is one of Branson High School’s Athletes of the Year. 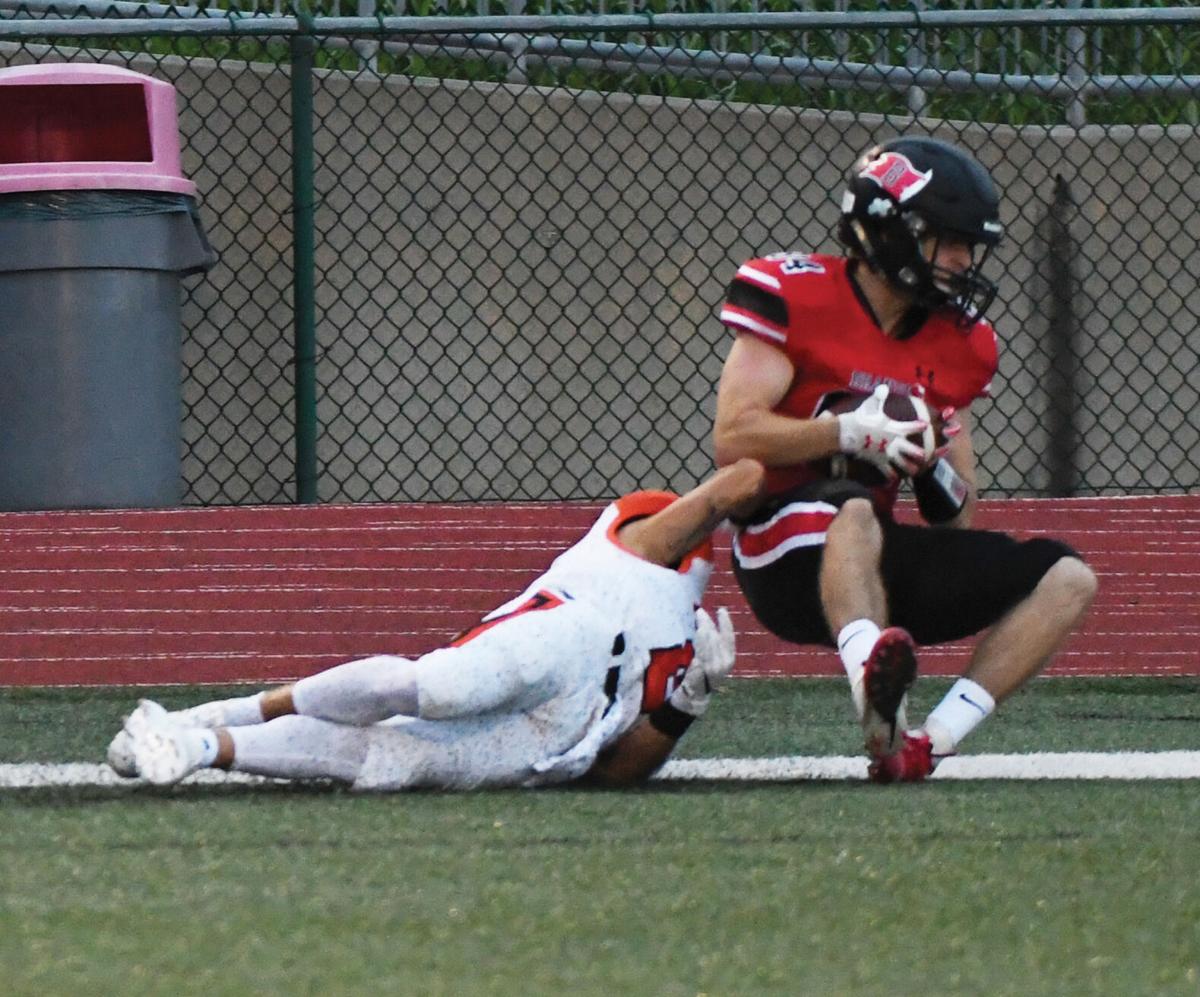 Ethan Jones is brought down by a tackle in a football game his sophomore season. Jone is one of Branson High School’s Athletes of the Year.

Chloe Grimm looks for an opening in a basketball game her sophomore season. Grimm is one of Branson High School’s Athletes of the Year.

Ethan Jones is brought down by a tackle in a football game his sophomore season. Jone is one of Branson High School’s Athletes of the Year.

Branson High School recognized two students as athletes of the year for the 2019-2020 school year. Each athlete is a junior at the school and is a three sport athlete. Their names are Chloe Grimm and Ethan Jones.

All of her coaches noted her work ethic, and said the junior is continuously striving to be better.

As a freshman, Grimm started for both the basketball and soccer teams. After seeing her work ethic on each of those teams, head softball coach Josh McKee approached her about playing on the softball team as well.

“She came out with her natural athletic ability and work ethic,” McKee said. “(She) made a huge impact into our program immediately.”

McKee added that Grimm had a great year defensively and helped out offensively.

Grimm had an injury earlier in the season, which has prevented her from playing. McKee said she still hasn’t missed a game or a practice.

“She lifts our team with her presence in the dugout,” McKee said.

Her injury will lead her to miss the beginning of this year’s basketball season, and head coach Kip Bough said the team will miss her.

“We won’t just miss her toughness and competitiveness,” Bough said. “We will miss her leadership and personality.”

Who will be the Arizona Wildcats' MVP in 2020? Here are 5 prime candidates

Bough said Grimm has a gritty toughness about her, and she’s an amazing kid. He recalled a time last season at districts where the team needed her at a different position on defense. He said she made a big time steal and lay up that helped the Lady Pirates secure the win against Parkview.

In addition to her part on the softball and basketball teams, Grimm plays multiple positions on the soccer team. Head coach Brandon Scott said Grimm embodies many qualities that make her a great athlete, but also a better person. He said she is a leader, and her teammates are always pushed to be their best.

“Chloe loves to play not only soccer, but any sport,” Scott said. “That is evident in her contagious smile and energy anytime you see her on a court or a field doing what she loves.”

His coaches describe him as an exceptional athlete with great character.

Kevin Blackwell, head coach of the track team, said Jones gives everything he has everytime he steps onto the field or court.

“His winning attitude is contagious,” Blackwell said. “He continually strives to lift his teammates up and encourage them to give their best.”

Head football coach Anthony Hays agreed that Jones gives his best at everything he does and added that he is fun to coach.

“We are proud to have him as part of our football program,” Hays said.