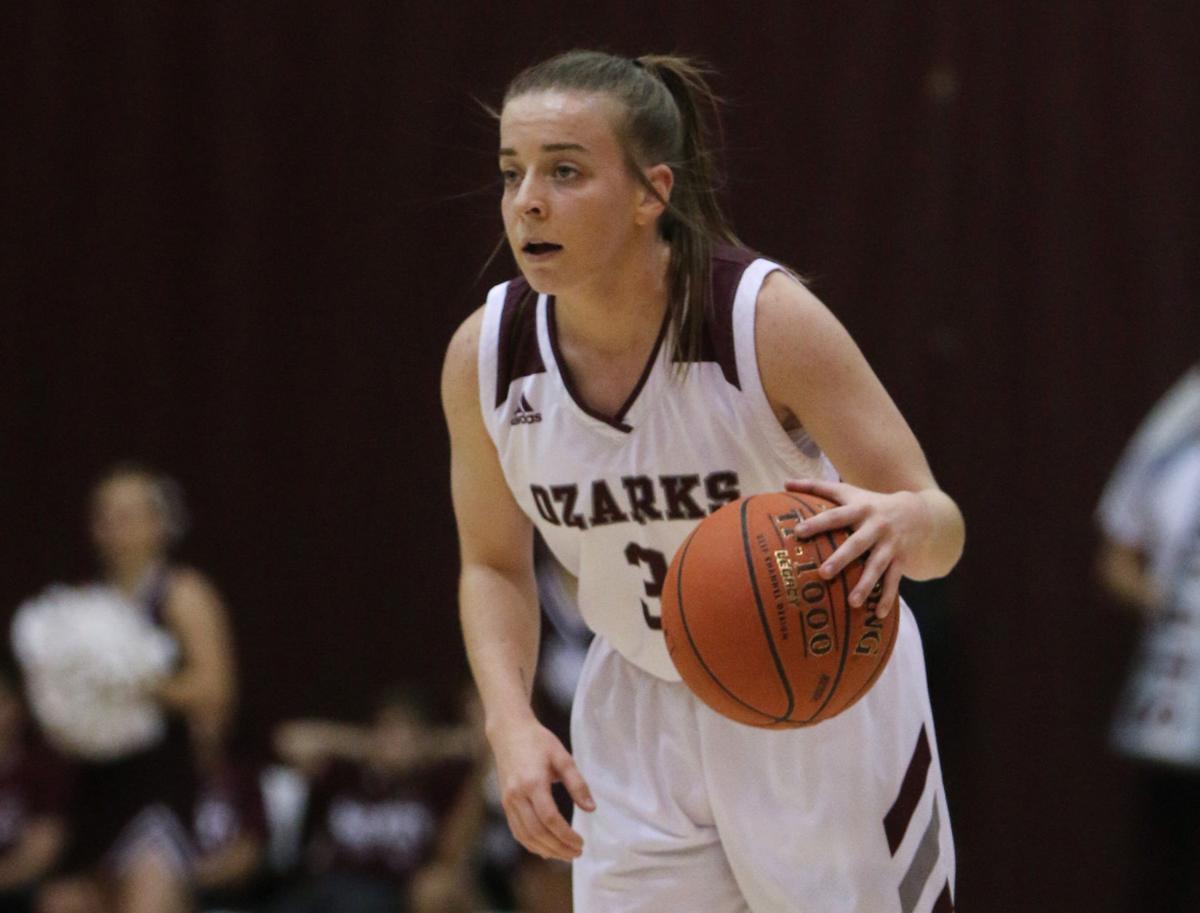 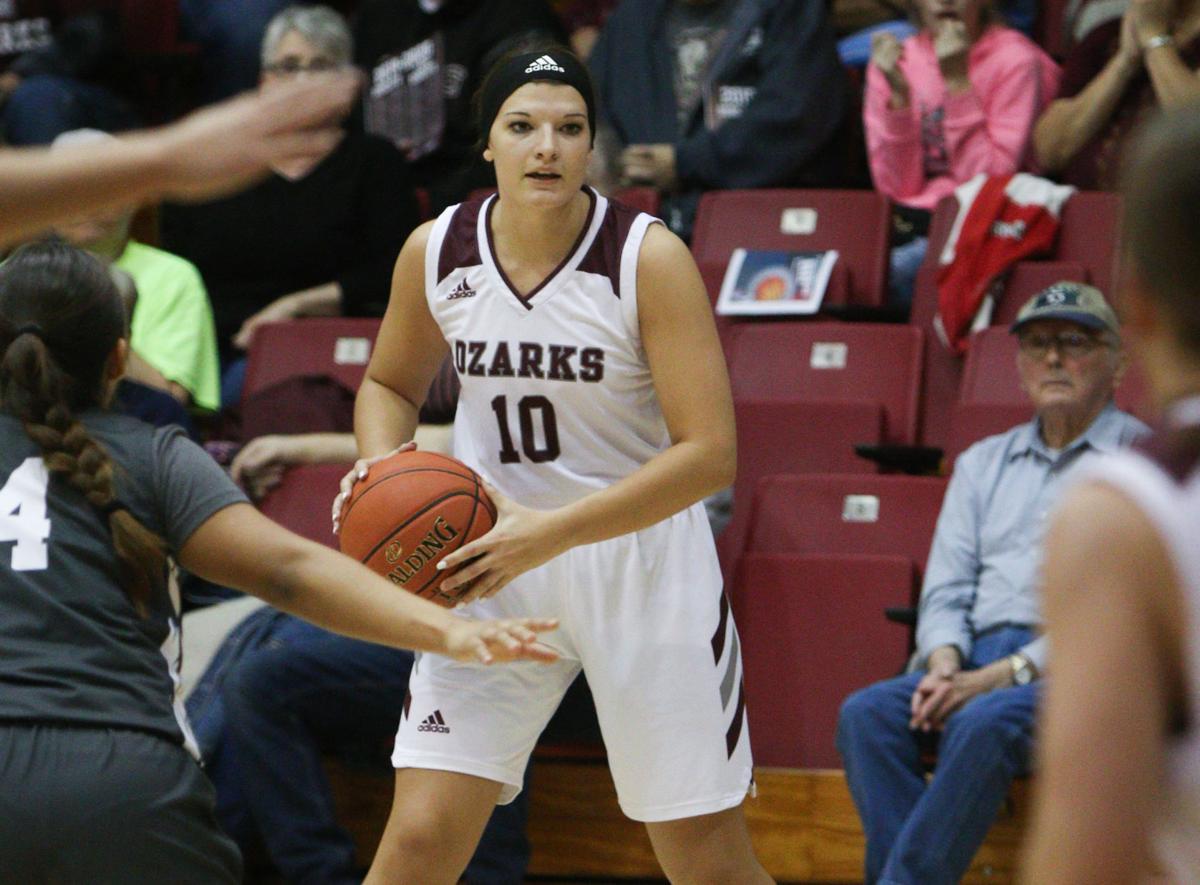 Senior Ashley Forrest looks for her next move. Forrest led in points score Friday, putting up 14 in the team’s 82-18 win.

Senior Ashley Forrest looks for her next move. Forrest led in points score Friday, putting up 14 in the team’s 82-18 win.

The Lady Cats are well on their way to 30 wins for the season, picking up win number 23 and 24 over the weekend.

At the College of the Ozarks Women’s Basketball Classic, the team defeated Lincoln Christian University 82-18 on Friday and Lincoln College 85-54 on Saturday.

Head coach Becky Mullis said the team knew Lincoln Christian had struggled this year, so they wanted to come out and take care of business but also remain respectful of their opponent.

“We knew it was going to be lopsided,” Mullis said. “But we just wanted to come in and take care of business while being respectful to them.”

The game against Lincoln College was more of a battle. Earlier in the season, the Lady Cats beat them by just seven points on the road.

“We expected another battle at our place,” Mullis said.

The Lady Cats were right to assume Saturday’s game would be another battle, as Lincoln College jumped out on them early in the game. In just under four minutes of play, the Lady Cats trailed 14-2. In the next five minutes, the Lady Cats went on a 24-9 run and led by three at the end of the first quarter.

Their opponent came back to tie it at 27 early in the second quarter, but the Lady Cats were able to hold them off. Headed to the break, the Lady Cats led 43-31. Their success continued through the remainder of the game, though Lincoln College battled back to a seven point deficit at one point in the third.

Freshman watch: LB Henrich's versatility will be handy down the stretch

Former Wildcat safety Will Parks released by the Eagles

Four Lady Cats scored in double figures Saturday. Steiger led with 17, Oliver followed with 15, senior Aleksei Smith got 12 and freshman Harper Little had 11. It was very much a team effort, as every Lady Cat put up some points for the team.

Mullis said the team was better prepared for Lincoln College this time around.

“We knew more what to expect,” Mullis said. “We made some adjustments in practice and came out and played one of our best games of the season other than the start.”

To get to 30 wins, the Lady Cats need to win the last two games of the regular season against Haskell and Cottey College. The teams are two they faced and defeated earlier this month. After that, they’ll need to win three in the conference tournament. Number 30 would be the first round of Nationals.

Mullis said the team is on a bit of a high right now due to how they played over the weekend.

“We’ll use (Monday) to get ready for Haskell and use the rest of the week to get ready for Cottey,” Mullis said. “My message to them after the weekend was ‘this is a time of year where it is hard to focus because you’re looking forward to the conference tournament and the national tournament, but we still need to take care of business this week and remain focused and want to get better.’”

Mullis added that she is proud of seniors Aleskei Smith and Ashley Forrest and what they have accomplished this year and throughout the course of their career.

The Lady Cats hit the road to face Cottey College on Saturday at 4 p.m.