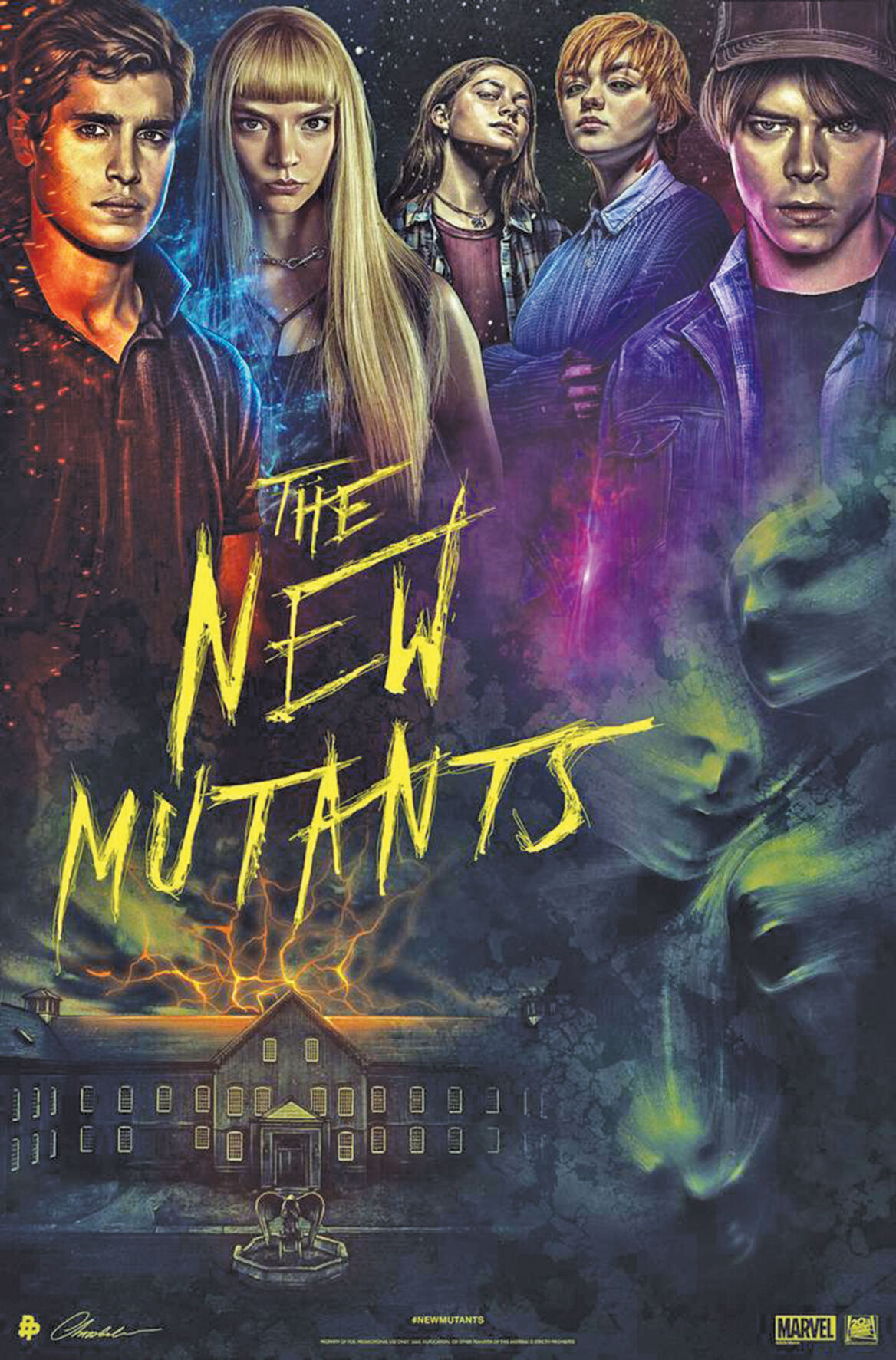 The New Mutants is now playing at the Branson IMAX Entertianment Complex and in the Elite Cinema III. 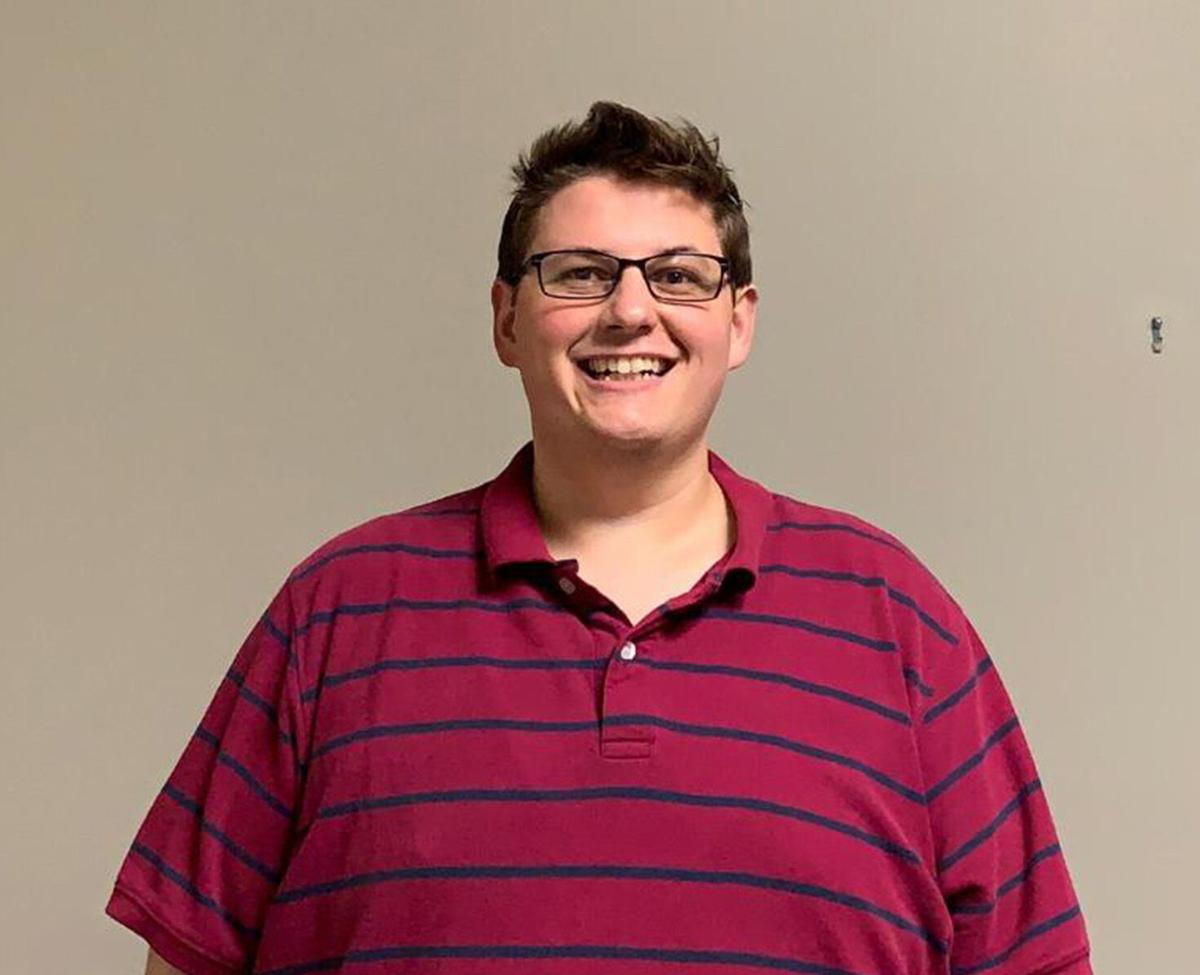 The New Mutants is now playing at the Branson IMAX Entertianment Complex and in the Elite Cinema III.

You never you know what you’re going to miss until it’s gone. Perfect example, the smell of popcorn at a movie theatre.

Had I known that it would be several months after leaving the Branson Imax Entertainment Complex in March before I would get to take in the smell of their popcorn again, I promise you I would have breathed in a little deeper one last time before stepping outside.

On March 18, the Branson Imax announced that they would be temporarily closing their doors due to the COVID-19 pandemic. At the time I was really looking forward to seeing Disney Pixar’s newest film “ONWARD,” starting the vocal talents of Tom Holland, Chris Pratt, Octavia Spencer and Julia Louis-Dreyfus. However, I still believe the management team at the Branson Imax made the correct call for the safety of it’s employees and its patrons.

As many of you know I, along side Josh Grisham, are the creators of Nerd Informants, via which we share nerd news via our social media pages, video channels and podcast. As part of Nerd Informants we also host regular movie reviews, meaning the Branson Imax and Branson Meadows Cinemas have been like a second home to us for many years. I’m not ashamed to say that I’ve really missed getting to go the theatre and seeing all of the Imax staff, which have truly become some of our greatest friends.

But after more than five months, I finally once again found myself sitting in the VIP section on Aug. 27 preparing to watch my first new release film in front of the giant Branson Imax screen. The almost ironic thing was the first new film I was getting to see at the Imax, was also a film that fans began to believe was cursed.

I’m of course talking about The New Mutants, which was originally scheduled for theatrical release on April 13, 2018. However due to a wide array of postponements due to reshoots, the studio not wanting to compete with the likes of Deadpool 2 and X-Men Dark Phoenix and of Walt Disney Studios acquisition of 20th Century Fox the film finally broke the curse with its release in the cinemas this week.

I want to share my thoughts on The New Mutants with you, but I feel like I need to back up just a moment. While new films have just began to find their way into cinemas, the projectors at the Branson Imax have actually been operating since last month.

On July 1, the Branson Imax hosted its grand reopening and began showing films again via its Summer Rewind Series. The first round of films at the Imax featured Christopher Nolan’s Dark Knight Trilogy on the giant screen and The Goonies, The Lego Movie and August Rush in the Elite Cinema III. As soon as the Imax opened its doors again, I, of course, was one of the first in line to get my tickets.

The Summer Rewind Series continued through July and the first of August with the additions of Aquaman, Ready Player One, Space Jam, The Wizard of Oz, The Avengers, The Greatest Showman, Zootopia, Gremlins, The Lost Boys, The Jungle Book Grease, Footloose, The Empire Strikes Back, Bohemian Rhapsody, Ferris Bueller’s Day Off, Beauty and the Beast and Indiana Jones and the Raiders of the Lost Ark.

Seriously a huge thank you to Trent Holloway and the rest of the Imax staff for making the rewind series happen. Grisham and I have often talked about how cool it would be to bring some of the older classic films to the Imax or Branson Meadows.

While it stunk that it took a pandemic to make it happen, I’m still incredibly grateful that the Imax figured out a way to reopen its doors, bring some of its staff back and put on some great classic films for us to enjoy. It was most excellent. Plus it was just great just to be back sitting in the movie theatre again.

As the team at ITEC Attractions prepares to reopen the doors of the Branson Meadows, hopefully sometime in the near future, I would like to see the continuation of a rewind series of films there until Hollywood begins releasing a full schedule of films to cinemas again.

However, the Summer Rewind Series came to an end in the Elite Cinema III on Aug. 21 with the arrival of Unhinged starring Russell Crowe. In a unique twist, the Imax began playing Unhinged in all three of the Elite Cinemas, giving audiences nine times a day to catch the film. So really, no one had any excuse for missing out on that film.

Just as a brief review of the film, I’ll share that Russell Crowe is unrecognizable in this film both physically and emotionally. He was fantastic and it was a complete departure from anything I’ve ever seen him do. I definitely recommend that you guys check it out.

As promised, a quick review for The New Mutants. I really enjoyed myself. When the film was originally announced it was billed as a horror, superhero flick. I think as time went on, reshoots occurred and the film moved into a different studios hands the genre of the film changed slightly. I would now call it more of a superhero thriller.

Just a couple more quick points about the film. The storyline was pretty good. The kids in the film did an excellent job and they all had great chemistry. The X-Men easter eggs sprinkled throughout the film were also fun. While the X-Men may not be everyones cup of tea, I think just about anyone will enjoy this film. Now unless something drastically changes in the coming weeks following the films release, I don’t think we’ll be seeing a sequel. Now that Disney has the rights to the X-Men, I think they were ready to get this film out, so they can began laying out their vision for Charles Xavier and his mutants into the

Marvel Cinematic Universe. However, if the fans react positively to this film and its characters, I could see these actors being brought into the MCU as their respective characters. Why? Because as much as Disney/Marvel loves making the big bucks, they love pleasing their fans even more.

As new films begin to make their debuts at the theatre’s, which includes the release of Christopher Nolan’s Tenet on Aug. 31, I would encourage you to head to the Branson Imax or your cinema of choice to check out these new releases.

For a full review of Unhinged or The New Mutants I invited you to check out Nerd Informants for our complete video reviews.