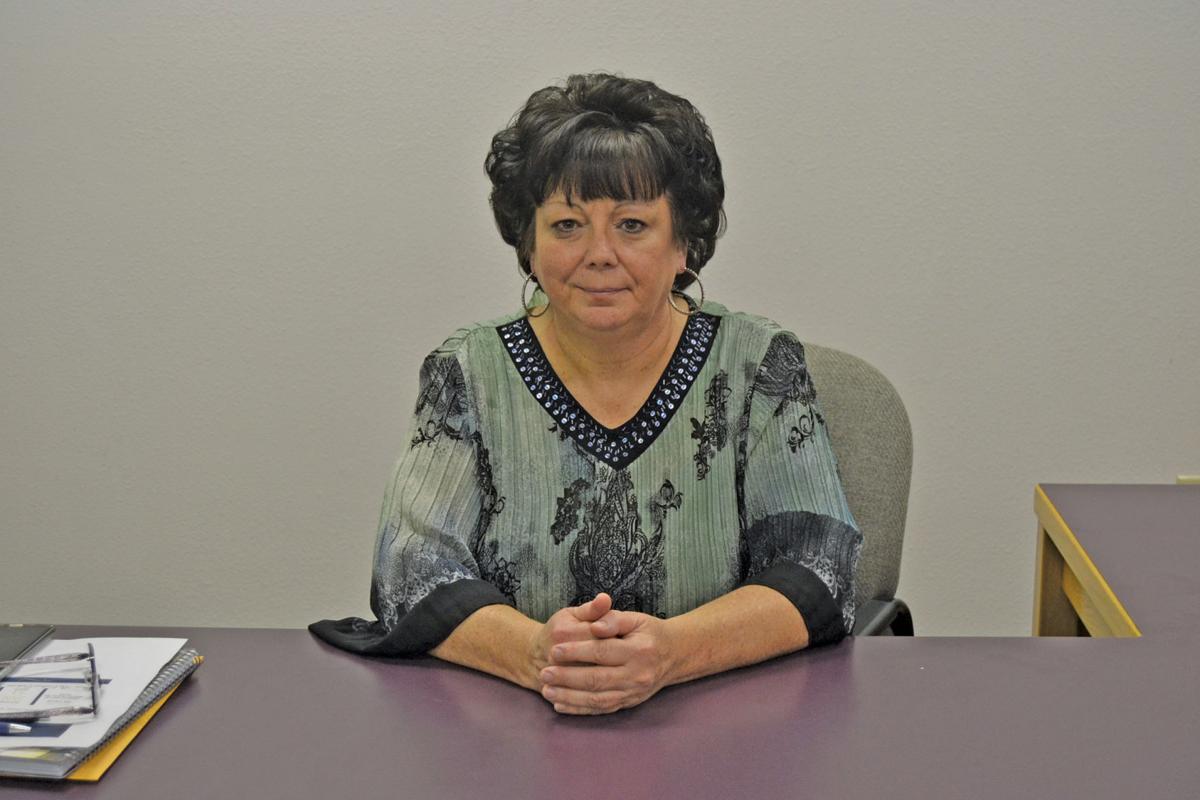 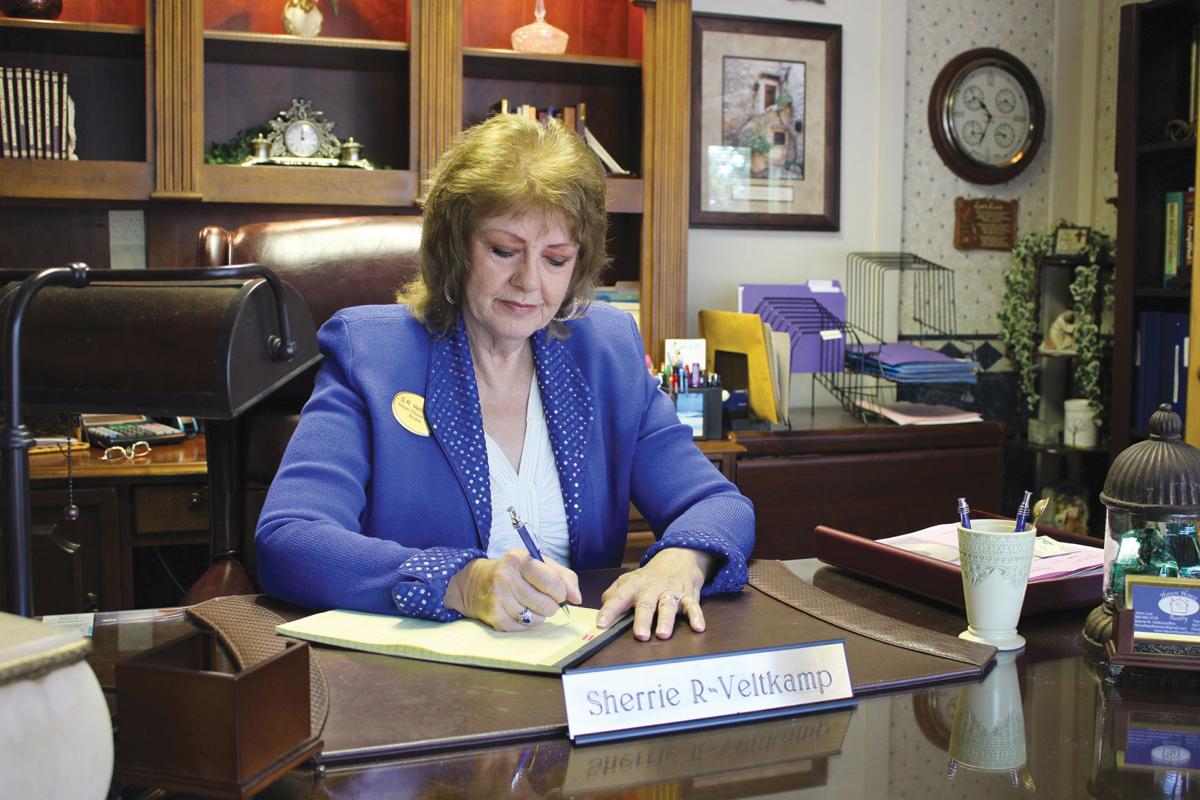 When Forsyth residents head to the polls on Tuesday, June 2, for the General Municipal Election they’ll be given the choice of electing incumbent mayoral candidate Kelly Dougherty or welcoming a newcomer into city hall by electing local realtor Sherrie R-Veltkamp.

Both candidates spoke with the Branson Tri-Lakes News. Answers are presented in the order candidates appear on the ballot and have been edited for space.

Dougherty has lived in Forsyth for 20 years. She is married to Forsyth Ward II Alderman and Forsyth School District Teacher Greg Dougherty. In Dec. 2019, Dougherty retired from the Forsyth School District where she worked as the Technology Director for 20 years. She has four grown children — Amanda, Brenden, Megan and Caitlin — who all graduated from Forsyth High School. Dougherty was appointed as Mayor of Forsyth in Dec. 2019 after former Mayor Eddie Coleman resigned.

Veltkamp has lived in Forsyth for 28 years. She is married to Harlan Veltkamp, owner of South Side Body Shop in Kirbyville. Veltkamp has been a state licensed Realtor/Broker in the State of Missouri for 19 years and owns Haven House Realty in Forsyth. She is also a retired musician and had a country music venue for 19 years. Veltkamp ran for mayor in 2019 against former Forsyth Mayor Eddie Coleman.

Why are you running for Mayor of Forsyth?

Dougherty: “I’ve always worked with people. Everything I’ve ever done has been dedicated to working basically with people. So that’s why I like the mayor position, because I can continue that. Even though I retired from Forsyth School District in December, I stepped into this position and I just love working with people and it’s just kind of my calling I think.

“I enjoy the youth. Trying to come up with more activities and events for the youth in Forsyth, so that they have something to do. I’m trying to basically just dedicate myself to that and bringing in more business and working with people just as much as I possibly can.”

Veltkamp: Because I need to. We have a lot city issues going on there. We’ve got some nepotism within the city. We’ve got some grooming going on for different people that have been brought into the office. The trusted law enforcement people we had have all been let go, and there just seems to be a lot of personal agenda going on. It takes a fresh face, a fresh mind and some cooperation to be able to work through a lot of issues that are most beneficial to the city. In my campaign materials I have built myself as the citizens’ advocate, and that’s true. I want to take that position as city advocate and work for our people.

“I care about people. I care about their needs. I want to see jobs come to our community. I want to see our properties cleaned up. I want to see neighborhood advocate groups coming into our city meetings to be able to say, ‘We’ve been advocating for this for a long time and we’re asking for the city’s support.’ We have a lot of good things going on in Forsyth.”

What is the number one issue you would like to address in Forsyth if you are elected mayor?

Dougherty: “The most important issue I think right now is probably bringing in more business and trying to bring in more business this area and promote it more for tourism also, so that we’re on the map for that. I think that’s pretty much my main goal.”

Veltkamp: “We need to break up the good ol’ boy system that’s going on in there right now. It’s dangerous. It’s not productive, and it’s not going to benefit our city. With COVID-19 I see a lot of financial change and stuff coming down the line, and there’s a lot of spending going on with our city. I think accountability for that spending is important and that we need to access in that what might also be ahead for us. Because if the bottom falls out, then what? What do we fall back on? There has not been very much open communication about how our city is being run. I know that meetings are happening behind the scenes and everything’s cut and dried before a city meeting happens. I know that we are being ruled to death. Every time you go into a city meeting there’s two or three more ordinances that are coming in there. I doubt that our people in the city really understand what’s going on with those ordinances until they’re up against them on a personal level.”

What do you believe the game plan should be for the future of law enforcement in Forsyth and what should Forsyth do to better retain officers?

Dougherty: We have been working on that to put in the right person to lead, in all hopes that, that is the right person to lead. I have complete faith in (Forsyth Police Chief) David Forrest. He knows how to talk to his officers well and to basically talk to the public. I really believe that he is a strong leader in our police department. I’m looking forward to see the turnaround lessen. Also if we can see where this tax base ends up at, because of the coronavirus. We need to see how that is going to effect us and our budgets and stuff. I would also like to continue to raise that pay so that we are competitive with other police communities. I think that would help. Pay is always going to be a concern, but also you want them to want to come to work everyday. You want it to be a pleasant environment. So that’s what I’m hoping for.”

Veltkamp: “I think first and foremost how your treat your officers matters a great deal. Some of our towns here in Taney County have good reputations for treating their officers well and their officers stay. And I think that’s first and foremost. It’s frustrating to be an officer out there on the street dealing with the situations of violence and crime and investigation and drug trafficking and all that stuff and not be understood or cared about.

“If any officers dare to speak up against anything, they lose their job. They know they’re at risk of losing their job. They’re encouraged to keep their mouths shut and not say things about things that should be talked about just because maybe the city doesn’t want to face an issue of shame about that. What’s wrong with that picture? I’m sorry, but everybody in this world’s going to have to walk through some shame sometime. Let’s face it head-on. Let’s walk through it and get behind it. Let’s sit back and say, ‘Hey, yeah we screwed up, but lets see how we can change this to go forward.’ Because it’s that change that really matters.”

Looking to the future, Where would you like to see Forsyth in five to ten years from now?

Dougherty: “In five years from now, I’m hoping we have Cedar Square Plaza completely full and multiple businesses in there. And bringing in more businesses for our patrons to go to. More activities for our students to do. Just things to do here in town, so that they don’t feel like they need to leave our city to go somewhere for activities and stuff. I would just like to see more. Basically it’s going to boil down to business. Having more businesses here in the five years and developing our downtown also so that it is more of a draw to any tourism and … anything we can do possibly to keep people here and draw more in.”

Veltkamp: “I’ve been told by the city office that they have their own goals and expectations. I haven’t seen those. I don’t know what these are. Personally I would like to see all or our buildings filled. I would like to see our streets looking really good and that includes our residential neighborhoods. I would like to see people feeling so good about their town that they’re coming forward to volunteer their services. When I was campaigning last time, I ran into a gentleman who is an amazing botanist. He can grow anything and his yard was just absolutely full of the most beautiful plantings I’ve ever seen. He said, “You know I’ve offered some of this to the city and my assistance and nobody ever got back to me.’  So why are we not using the talents and gifts our people have? Our city is loaded with talents and gifts. What if everybody got together and used those for one plan and purpose to make us a better city?”

Is there anything else you would like residents to know about yourself or your campaign?

Dougherty: “I think the biggest thing I want people to know is that I’m as honest as it gets. My whole life is boiled down to, I’ve lived my life in a Christian manner, and I plan on continuing that. So if that’s what they would like to see, then please vote for me.”

Veltkamp: “I just encourage people to get out and vote with their heart this time. Don’t turn around and look at the ballot and say, ‘Oh, I’ll check off this first name on the ballot. I would encourage you in voting for me to look for that name Sherrie R-Veltkamp.

“Everything that I put out in campaign materials last time, the city was influenced by and they have worked to implement a lot of those things that were out there already. I don’t think they would have done that if I had not been out there with all of that information. I noticed also that their campaigns seem to be to follow suit and do what the last individual who was running for that office did. I would encourage our city to be more creative then that than to just copy what the other candidates are saying and doing.”