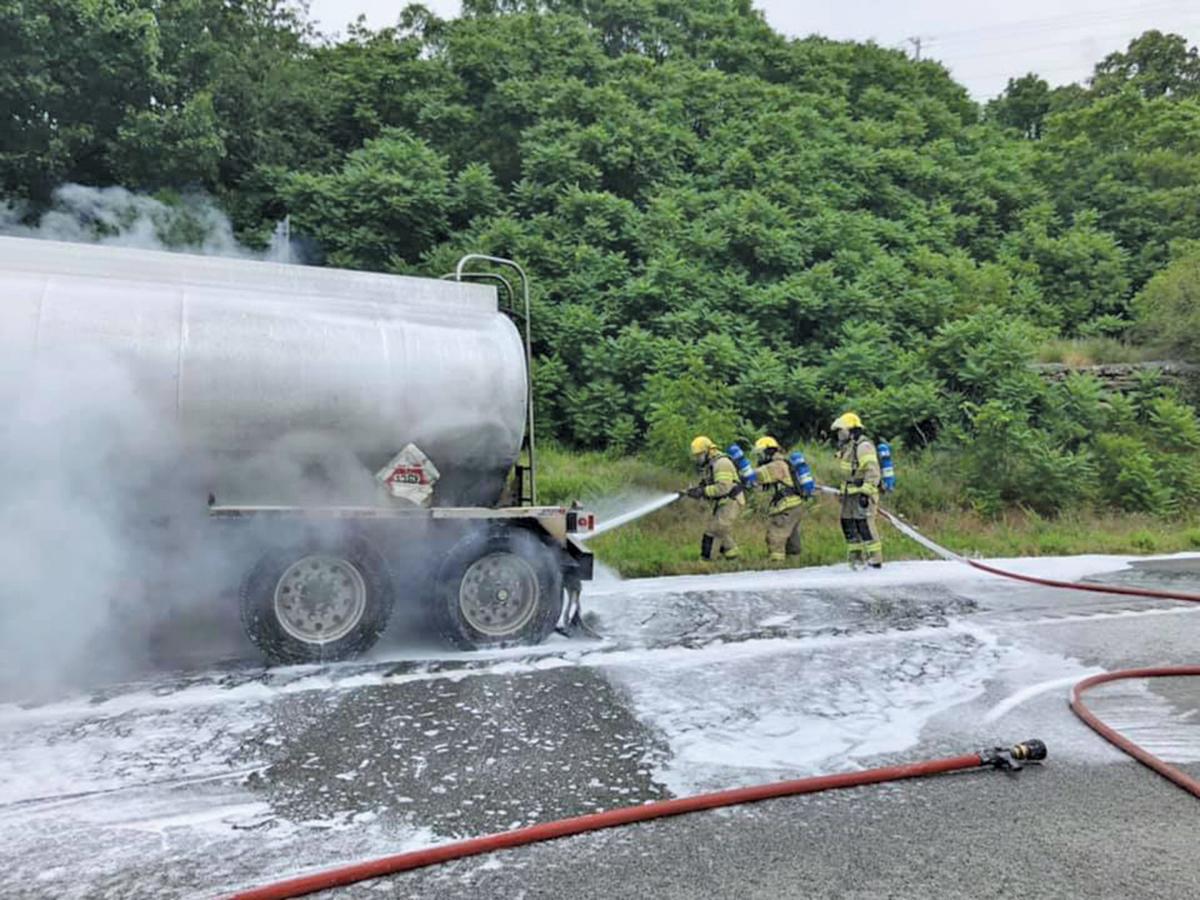 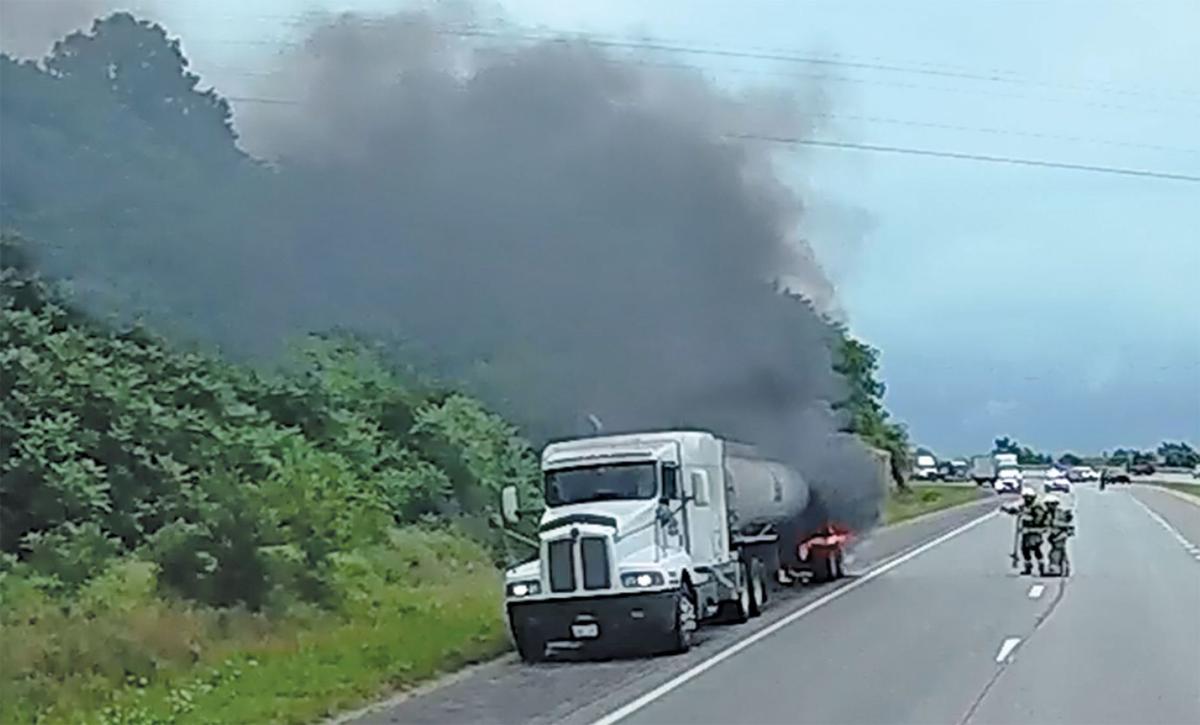 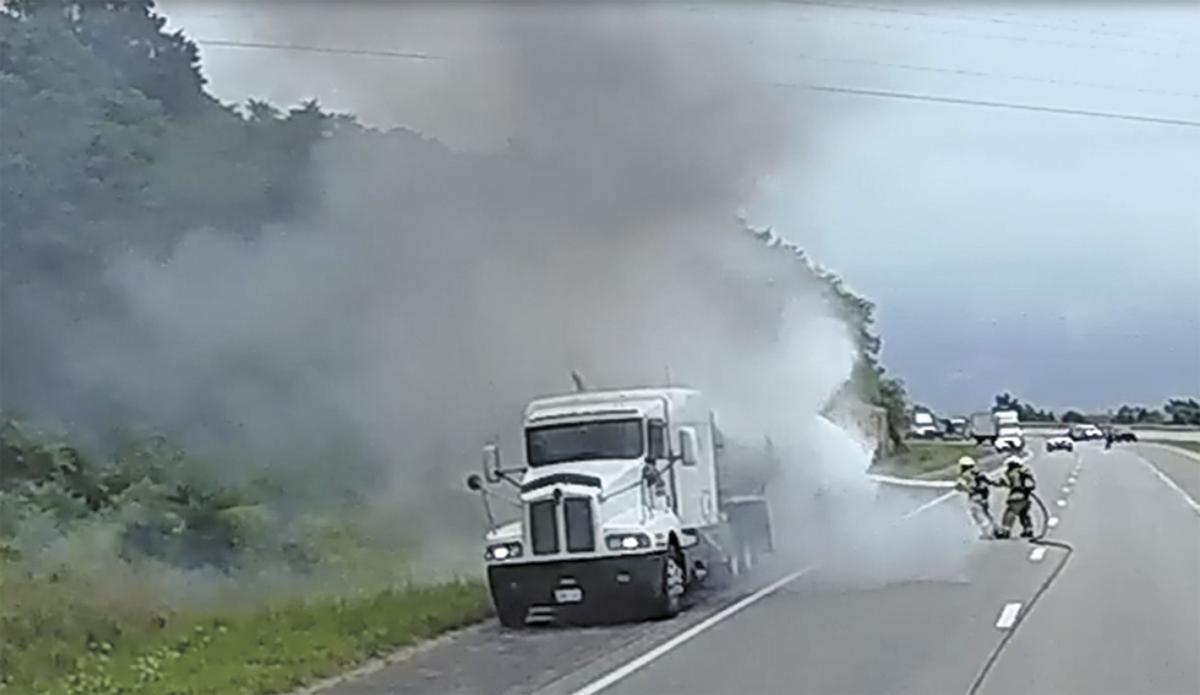 A portion of southbound U.S. 65 was temporally shut down as crews worked to extinguish a tanker truck fire the morning of July 9.

Western Taney County Fire Protection District Chief Chris Berndt said at around 9:20 a.m. units were paged for a vehicle fire at the 7.2 mile marker, which is just south of the Branson Creek and Branson Airport turnoff on 65.

“When we arrived, the rear set of tires were on fire on a tanker truck carrying 7,600 gallons of ethanol. We arrived and pulled two hand lines, and we were actually able to extinguish the fire rather quickly,” said Berndt. “During the initial fire fight and prior to us arriving, the road was completely blocked due to it being a tanker on fire. Once the fire was mostly out, we were able to open one lane in the southbound again and let the traffic go through. I know traffic at one point was backed up past the Hollister interchange.”

Berndt explained that the cause of the fire was a chain reaction that started with a rear tire blowing.

“We just know what the driver told us. He told us that he was driving along and heard a boom, which was a tire blew. He looked, and that’s what it was. A tire had blown, and he said sparks were flying everywhere,” Berndt said. “So he tried to get it stopped as quick as he could, but by the time he was stopped, both sets of axles in the back of the passenger side were on fire. By our arrival, the driver side was also burning, but it never got into any kind of product. There was no product spilled or on fire.”

Due to the state of the tanker trailer after the fire was extinguished, Berndt said it was not able to be driven away from the scene.

“They brought a tanker in and unload the original one and pumped it into another tanker. That all got done this morning and then the (truck) was able to drive off by itself,” said Berndt. “They brought a wrecker in to haul off the trailer, but at that point, it was on the shoulder and the road was open.”

Berndt confirmed there were no injuries, and crews cleared the scene at around 12:30 p.m.