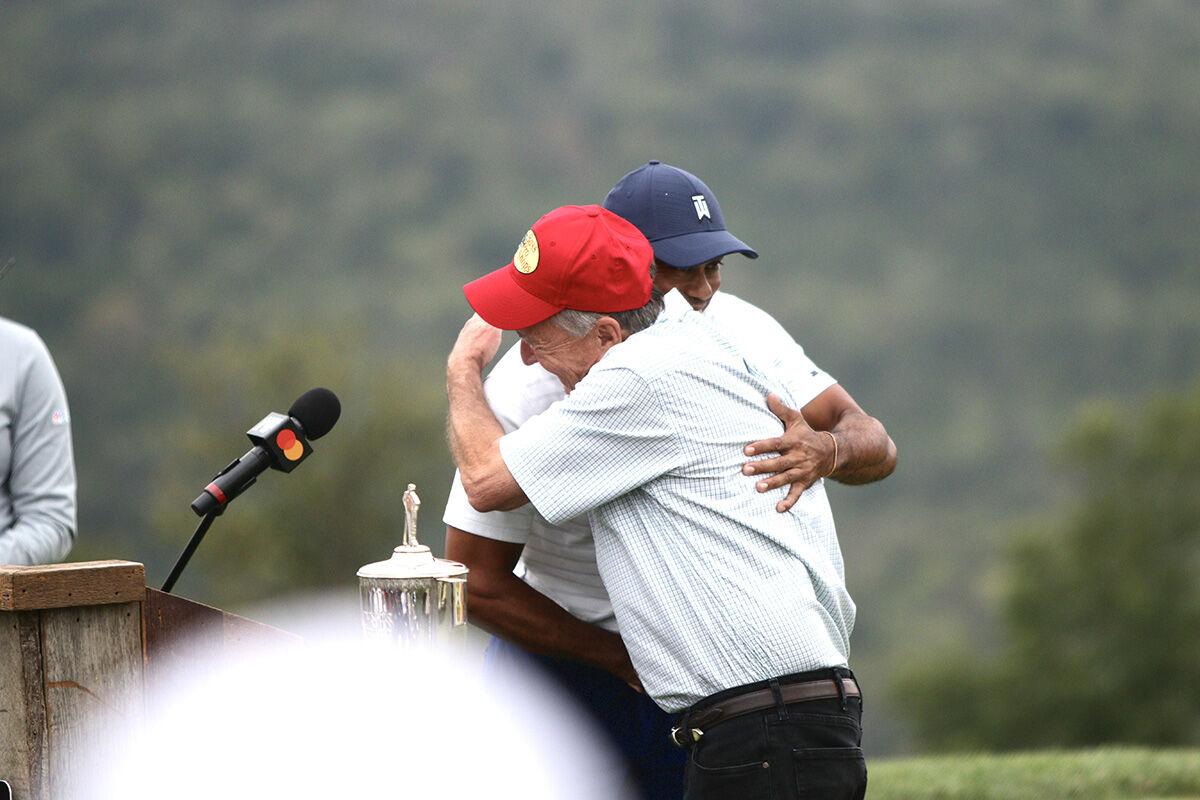 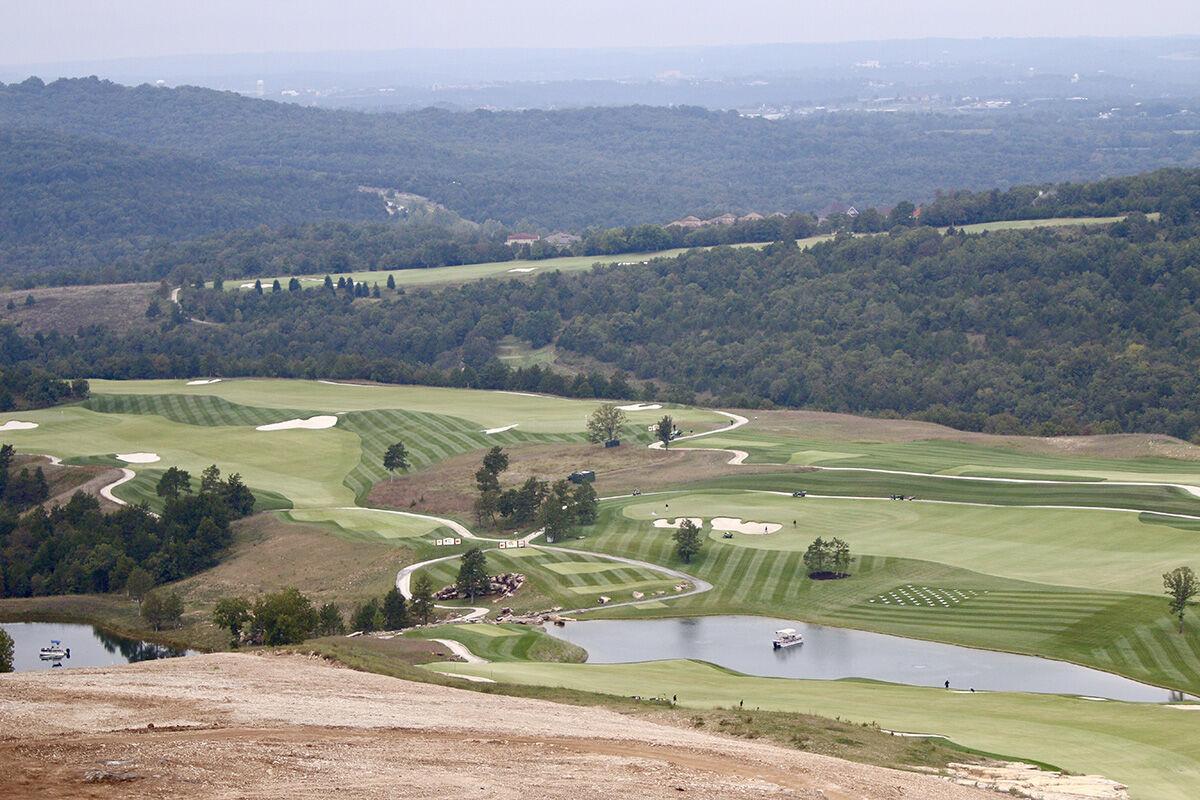 A view of Payne’s Valley from the clubhouse. 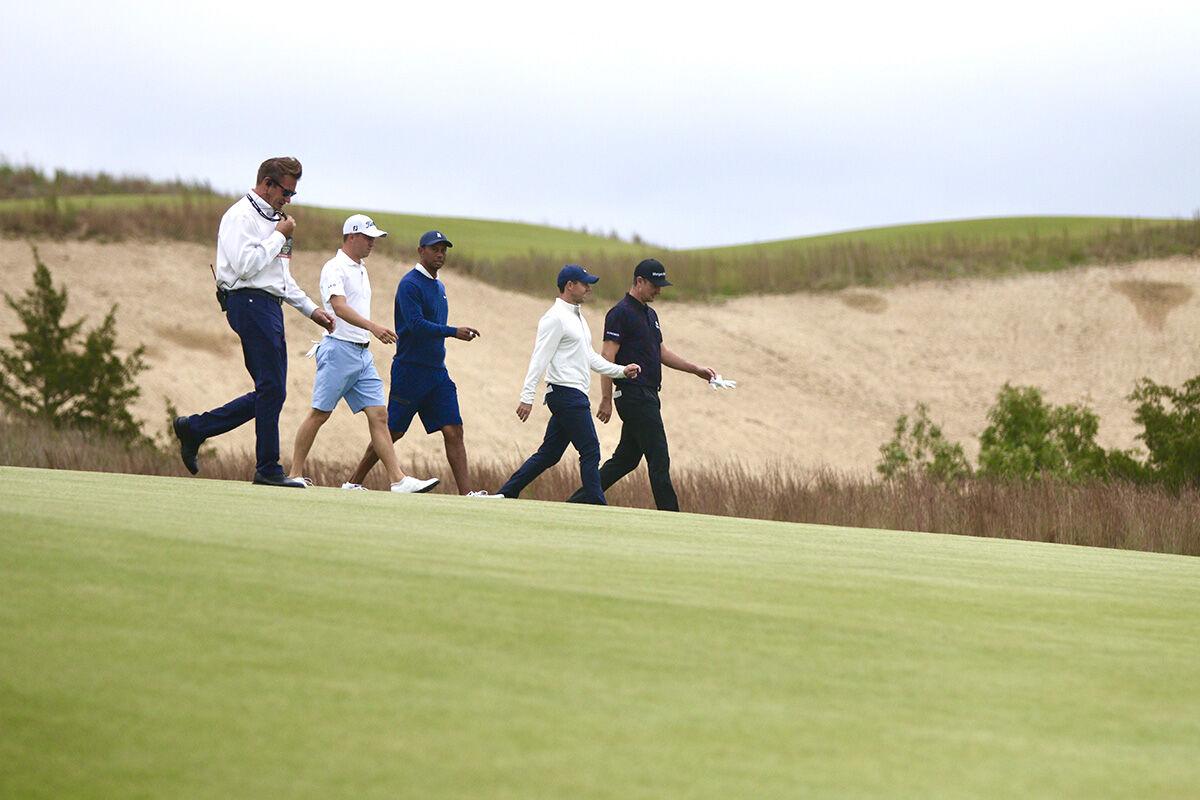 A view of Payne’s Valley from the clubhouse.

Tiger Woods, along with Justin Thomas, faced off against Rory McIlroy and Justin Rose in the Payne’s Valley Cup – the grand opening of Payne’s Valley Course at Big Cedar Lodge in Ridgedale.

The course, named for late professional golfer and Ozarks native Payne Stewart, was a shared dream of Woods and Bass Pro Shops founder Johnny Morris. They announced plans for the course back in 2017.

In the opening ceremony Tuesday, Morris choked up as he spoke in front of the crowd.

He added that this is where he got to grow up, and Payne’s Valley is a public golf course whose beauty he’s proud to share with others for years and years.

“For many reasons, it’s a happy day,” Morris said.

Morris went on to thank everyone who helped put on the event and those who were in attendance before mentioning a time, just over three years ago, where Woods said “I have to make sure I don’t screw this up.”

Morris assured Woods he did just the opposite.

In attendance at Tuesday’s grand opening was the Stewart family. Morris gave special thanks to them as he closed out his remarks.

“What we celebrate today is not only our Ozarks, but an Ozarks legend and hero and one of the greatest guys ever from our hometown of Springfield,” Morris said.

Woods got up to speak next. He agreed with Morris that it was a very special and happy day.

“The whole idea is for all of us to enjoy being a part of nature,” Woods said.

He added that one of the reasons he so thoroughly enjoyed designing this course and working with Morris is because he doesn’t like being stuck inside the house. He enjoys being outdoors and being a part of nature, and that’s what he says golf is.

Woods went on to tell a story about early in his career when he happened to be around Payne Stewart often. He said Stewart hazed him, and Woods didn’t retaliate for a while. Once he did, however, he said it got worse.

“That was the beauty of Payne,” Woods said. “Payne was a jokester at heart, a man who cared and competed, but also one of deep faith. I know he absolutely loved his family, loved being around them, loved having experiences with them.”

Woods also said how special it was to have the Stewart family in attendance.

“To have this golf course in Payne’s name and have a Payne’s Valley is not only the most perfect thing,” Woods said. “It is also one that you all just enjoy and remember and understand what Payne was all about and how his legacy is going to continue on.”

Payne’s Valley was designed to be friendly for golfers and to be very playable. Woods noted that Stewart had a very rhythmic golf swing, and he loved curving the ball. Woods hopes Payne’s Valley is a reflection of the way Stewart played.

The course is carved out in the side of rolling hills. The fairways are wide and sprawling to allow for playability, but they allow strategic angles to challenge more experienced players.

Stewart’s son, Aaron, was the first to tee off Tuesday at the course named for his father.

Tiger Woods and Justin Thomas came out with the win by the end of play, but the main focus of the day was enjoying the new course.

While the course has the typical 18 holes, that isn’t where it ends. Instead, it concludes on a special 19th hole, designed by Morris. The 19th hole is a par three, ending on an island surrounded by streams, waterfalls and a massive limestone outcrop.

Aaron Stewart tee’d off at the 19th hole, as did golf legends Jack Nicklaus and Gary Player.

At the end of play, the golfers reflected on where Woods once said “I have to make sure I don’t screw this up.”

Thomas, McIlroy and Rose all assured him that he did not screw it up.