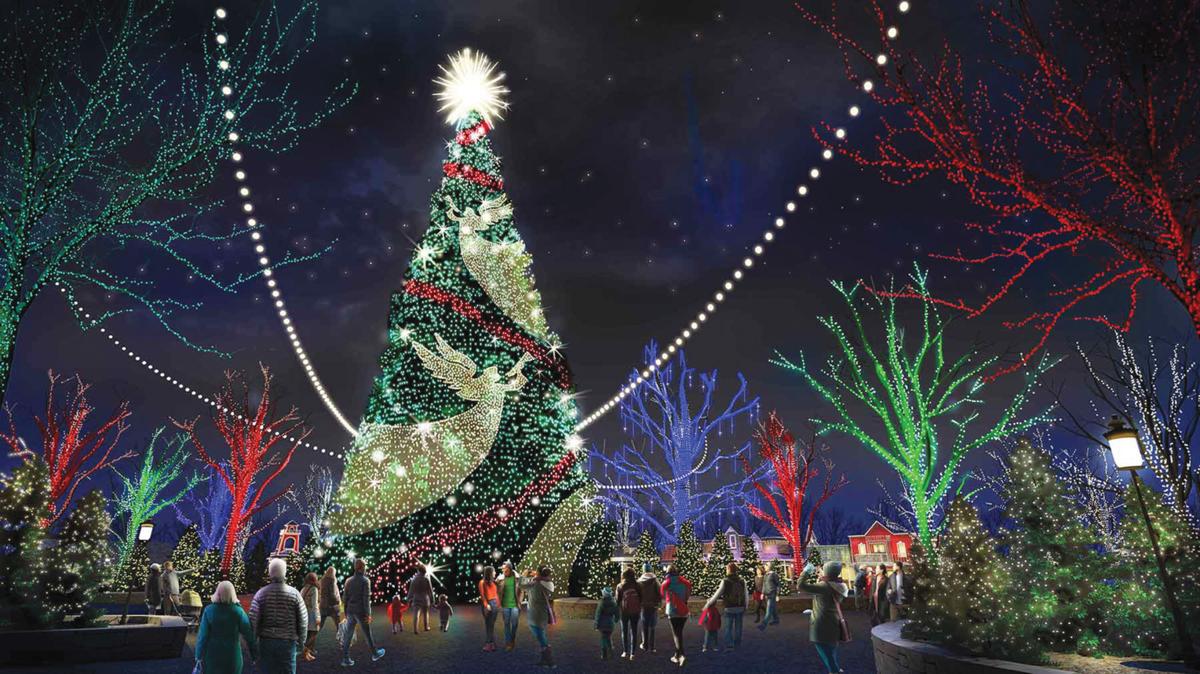 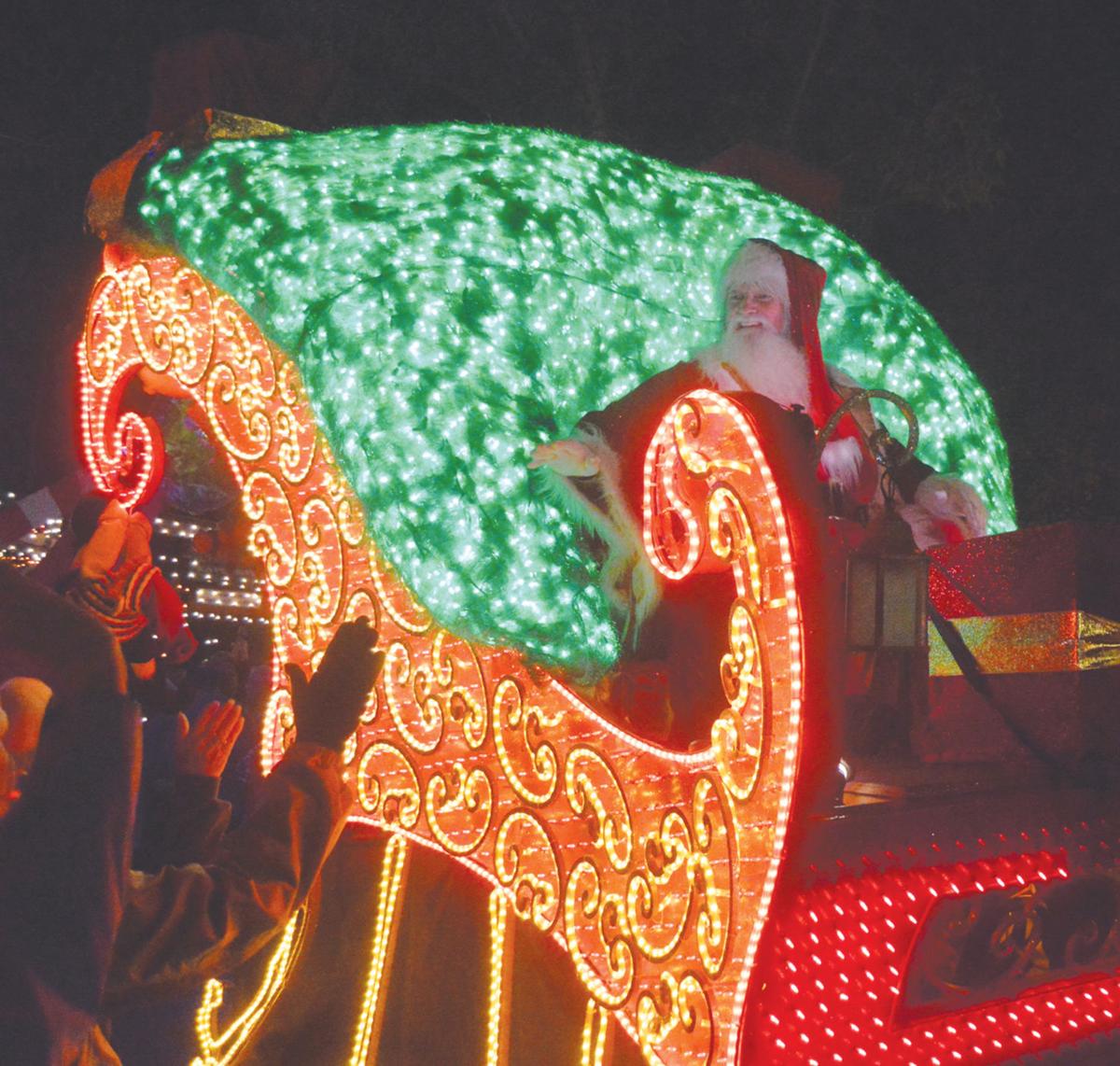 Santa Claus will again be a part of Rudolph’s Holly Jolly Light Parade during An Old Time Christmas at Silver Dollar City. 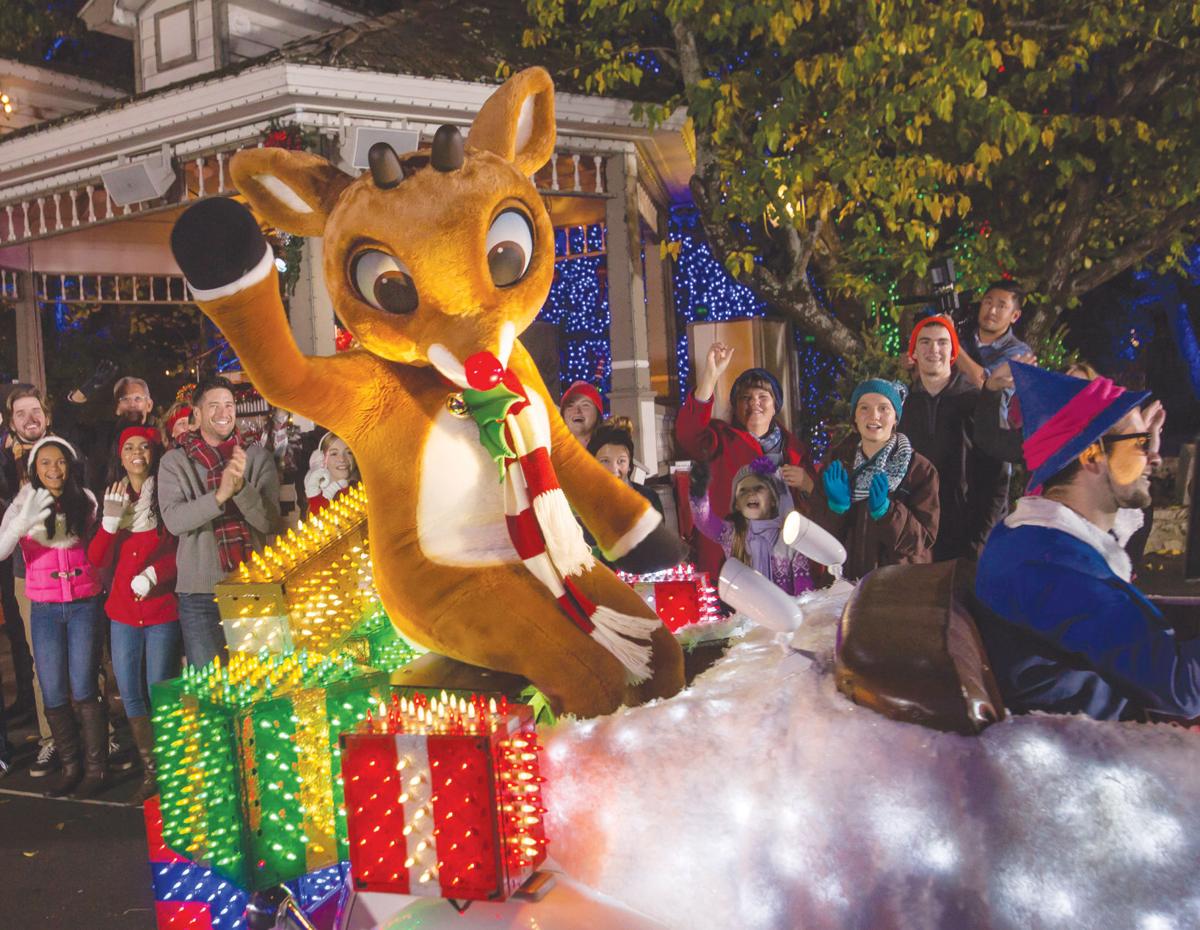 Santa Claus will again be a part of Rudolph’s Holly Jolly Light Parade during An Old Time Christmas at Silver Dollar City.

Ozark Mountain Christmas is finally here, and that means it’s time for Silver Dollar City’s An Old Time Christmas, which kicks off Saturday at the 1880s theme park. In addition to all the traditional fun this festival is known for, organizers recently announced the addition of a new 80-foot-tall, state-of-the-art Christmas tree.

Last year, for the third time, Silver Dollar City took home the title for the nation’s “Best Theme Park Holiday Event” in a USA Today/10Best poll. The park’s Christmas festival, named An Old Time Christmas, has been named in CNN’s 9 Best Places to See Christmas Lights in the USA, MSN Travel’s The Most Amazing Christmas Light Displays in America, and featured in a USA Today spotlight on Christmas in Branson.

According to a release, “the sheer height and immense density of lights on the tree make it the first of its kind on Earth.” The custom-designed tree is set to serve as the centerpiece of the all-new “Joy on Town Square.”

“We engaged a team of the world’s most-celebrated lighting geniuses to create this just for Silver Dollar City guests,” said President of Silver Dollar City Attractions Brad Thomas. “Joy on Town Square, with our new Christmas tree as the centerpiece, will include illumination of the square’s buildings, trees and landscape, immersing our guests in an even greater Christmas adventure.”

The tree will feature hundreds of thousands of high-resolution lights with “an infinite ability to combine color, music, light and animated imagery.” In total, the tree’s output, along with Town Square, will equal more than 1 million LED lights.

The designers, considered to be experts in lighting and leaders in “architainment” technology for the global amusement and Christmas industry, says this new tree creates an immersive experience.

“Joy on Town Square will take guests on a physical and emotional journey of mind and soul,” said Jared Everline of S4 Lights, Atlanta, Georgia. “This tree is like no other tree on Earth.”

“Town Square is the entry portal where guests step into a holiday wonderland,” Thomas said. “With this stunning icon, the traditions and legacy of Silver Dollar City will meet state-of-the-art technology. Joy on Town Square will be another ‘must-see’ attraction, marking an even bigger and brighter nationally-acclaimed event.”

In addition to the new lights and displays featured in “Joy on Town Square,” Silver Dollar City will also feature 680 miles of lights, 1,000 decorated Christmas trees, 600 wreaths, more than three miles of garland and 15,000 yards of ribbon, as well as holiday entertainment, foods, shopping and attractions during the festival.

As always, the park will feature several live entertainment options as Silver Dollar City’s “A Dickens’ Christmas Carol” and “It’s A Wonderful Life,” both original, Broadway-style productions, return for another season.

Other  entertainment options include Santa Claus Lane, the Sing-Along Steam Train, Rudolph’s Christmas Town with crafts and activities, a talking Christmas tree at Tinker Junior’s Toy Shop, and even a holiday-themed Saloon show.

Also back for another year winding through the streets is Rudolph’s Holly Jolly Christmas Light Parade, led by “the most famous reindeer of all.” The parade features nine musical, lighted floats designed exclusively for Silver Dollar City with animated features all illuminated with 200,000 ultra-bright LED lights.

Holiday foods can be found scattered throughout the park, along with festive buffets, apple dumplings, hot chocolate, wassail, fresh-baked fruitcakes and award-winning ginger cookies, and places to “make-your-own s’mores.”

Silver Dollar City is featuring all that, as well as the more than 40 rides and attractions, including Time Traveler, Outlaw Run, PowderKeg, the Flooded Mine and Fire in the Hole, slated to be open with the park, weather permitting.