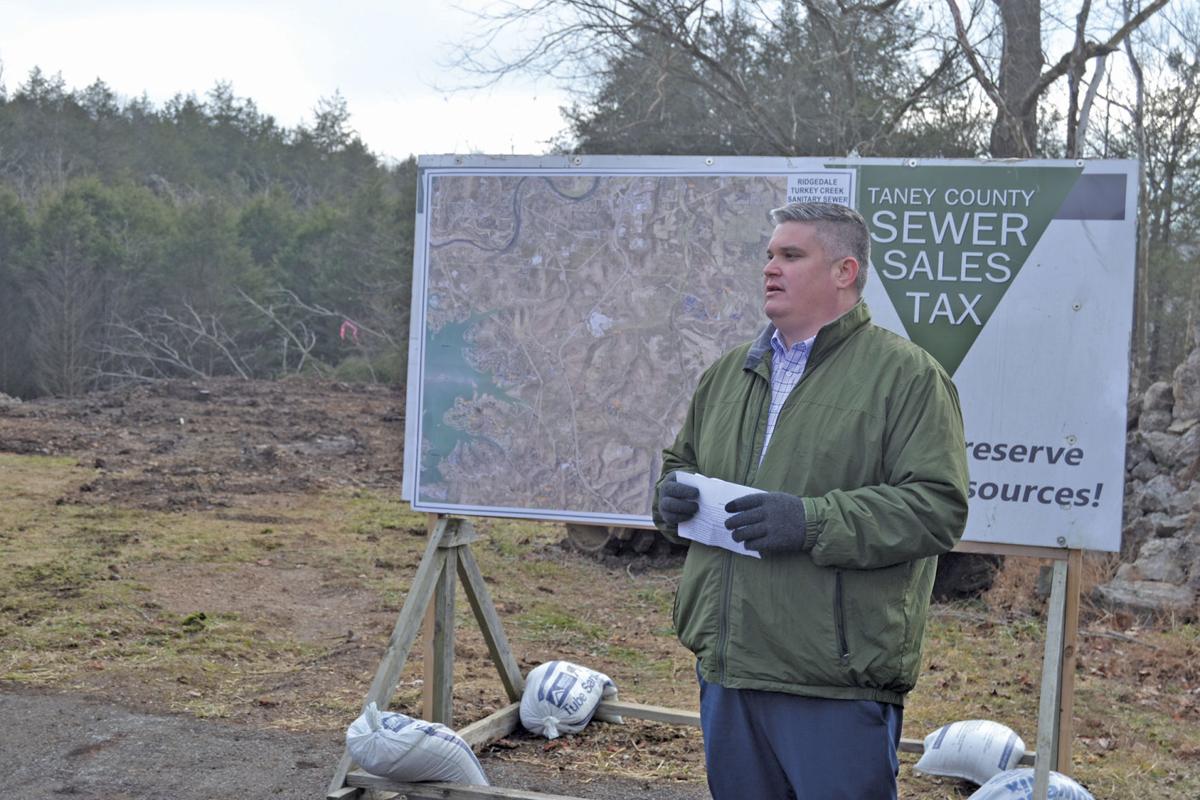 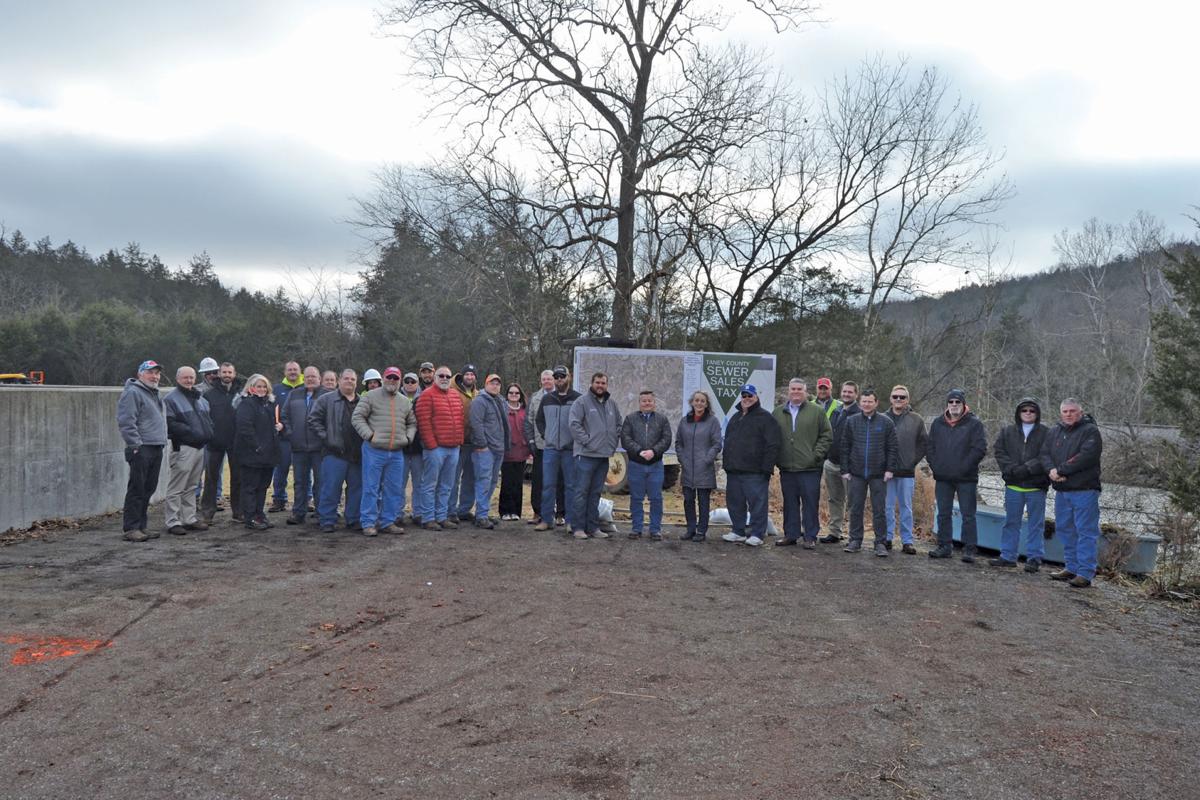 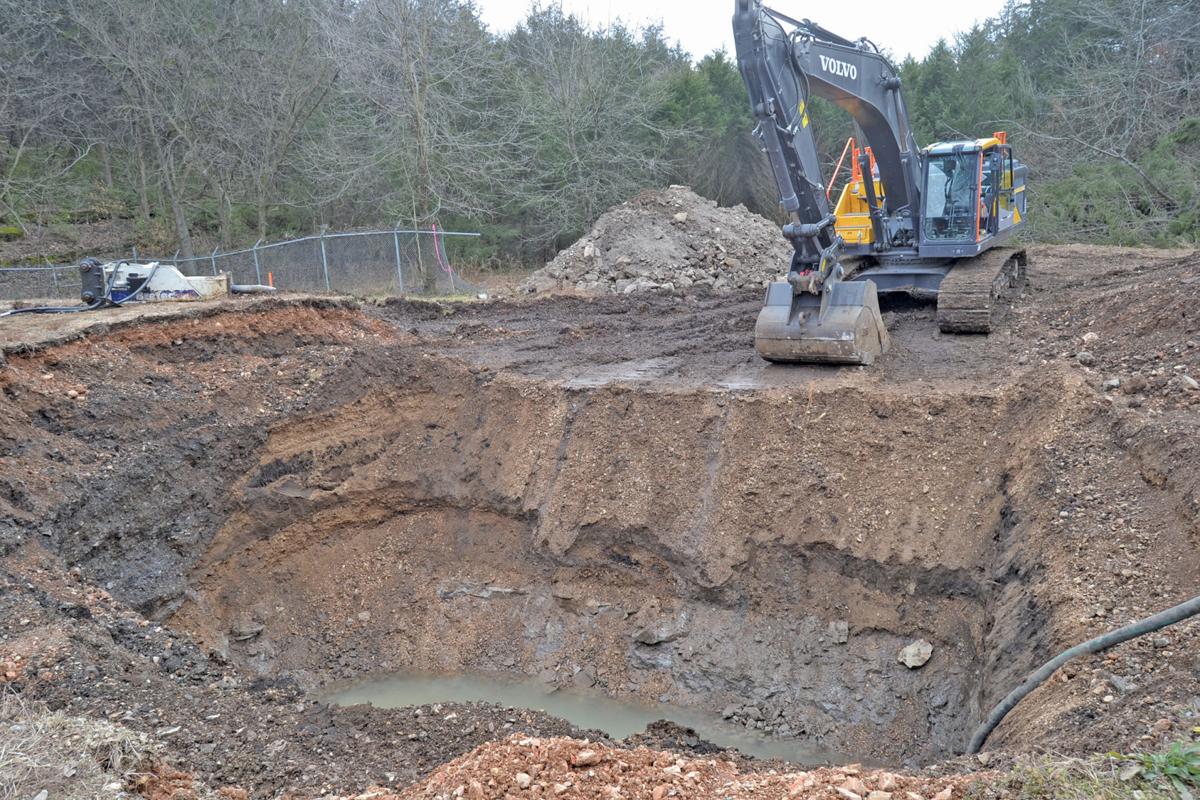 The Taney County Regional Sewer District held a groundbreaking ceremony on Dec. 17 at the Hollister Waste Water Treatment Facility to celebrate the official construction launch of their Turkey Creek and Ridgedale Sewer Projects.

“It will provide central sewers to the northern part of the Turkey Creek Watershed starting here at the Hollister Waste Water Treatment Facility,” said Allbritton. “It will progress south up the watershed for several thousand feet, 11,000 feet, with this first 27-inch sewer interceptor stopping around the Branson Creek Development.”

“The first phase will include some pipe that goes up into the Branson Creek Development,” Allbritton said. “The second phase will continue on further south into the watershed and will meet up with our future Ridgedale Sewer Project, which will tie in the Big Cedar/Top of the Rock Development, Country Farm Estates Subdivision and set us up to serve that Highway 86 area in the future.”

Allbritton added that the Turkey Creek project is something the sewer district has been working on for decades.

“This project has been in the masterplan of the sewer district since the very beginning,” he said. “Really with the first masterplan in the 1980’s in some form or fashion and was more detailed designed … in the 2000 masterplan and then bringing in this year to where we are today.”

Crews have already begun construction at the Hollister Waste Water Treatment Facility, which will serve as the home of a new effluent lift station. This lift station will collect all the waste water from the Turkey Creek sewer and pump it into the Hollister treatment facility for treatment.

“The first phase of this project is amount $5 million and we hope to complete that in about 12 months from now. The second phase we hope to start it around the middle of next year,” Allbritton said. “Our goal is to wrap up both Turkey Creek phases and the Ridgedale project at the end of 2021. So in just a couple year’s time.”

The estimated cost for the Turkey Creek Sewer Project is $10 million and the Ridgedale Sewer Project is $4.35 million, said Allbritton. These sewer projects are financed by the Taney County Half Center Sewer Sales Tax.

To learn more about the Turkey Creek Sewer Project and other ongoing and upcoming TCRSD sewer project visit tcrsd.org.