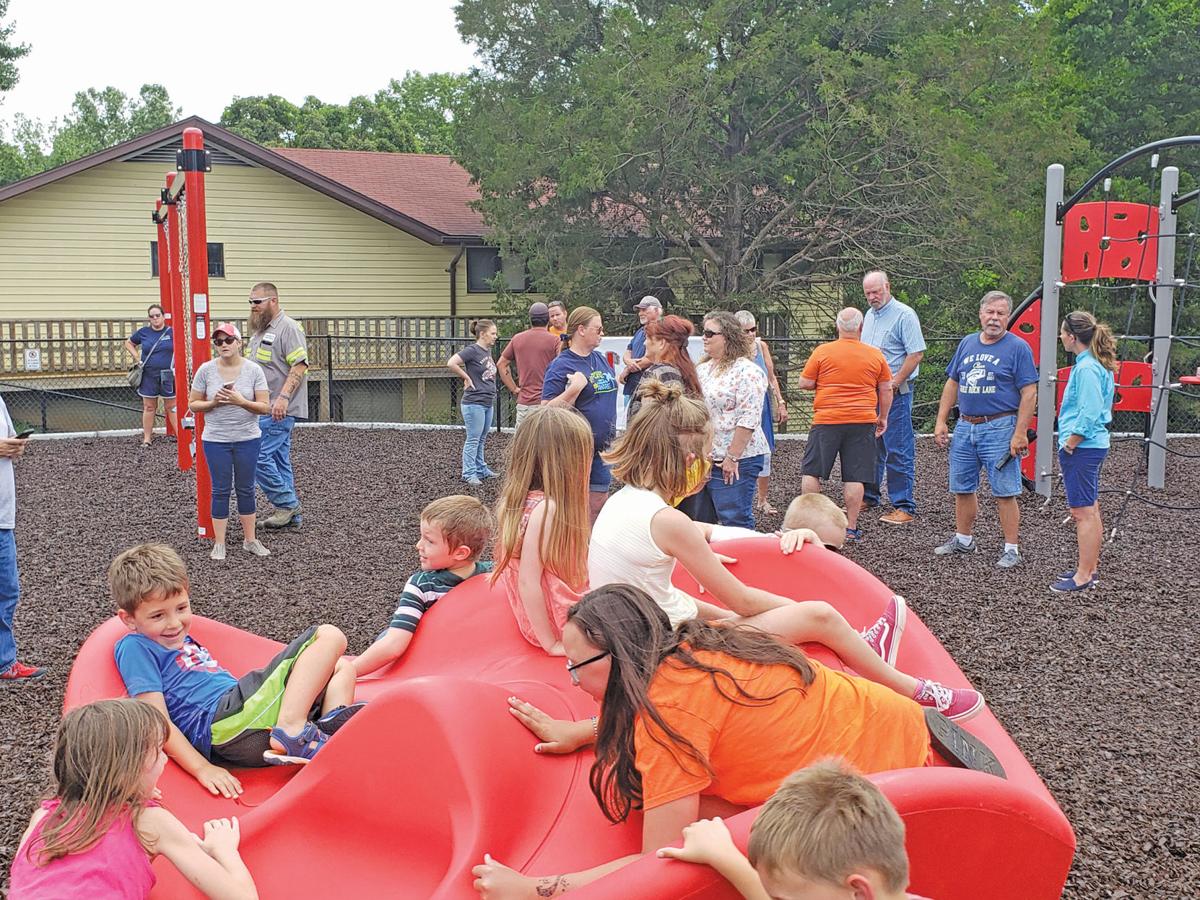 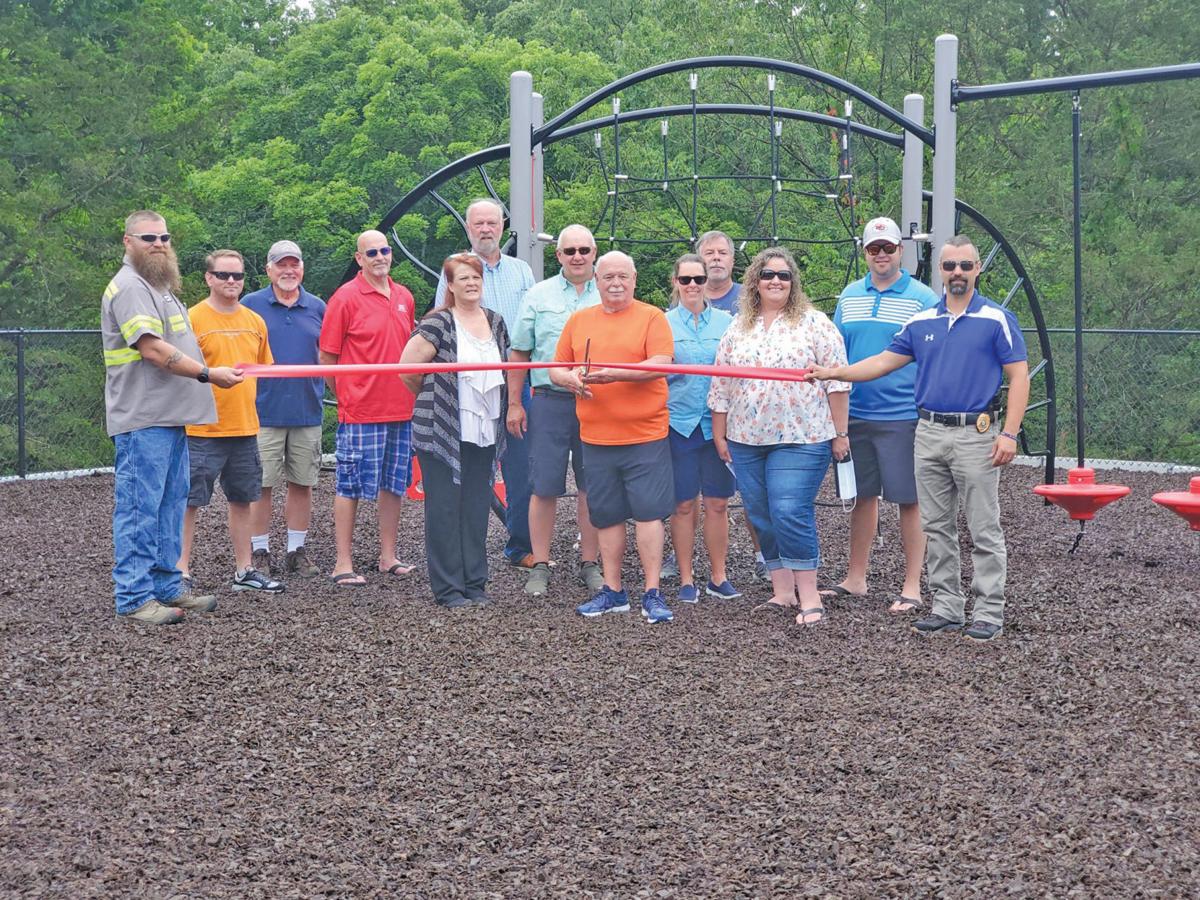 City leaders and community members came together June 20 for a dedication and grand opening ceremony for the new Lakeshore Park in Kimberling City. 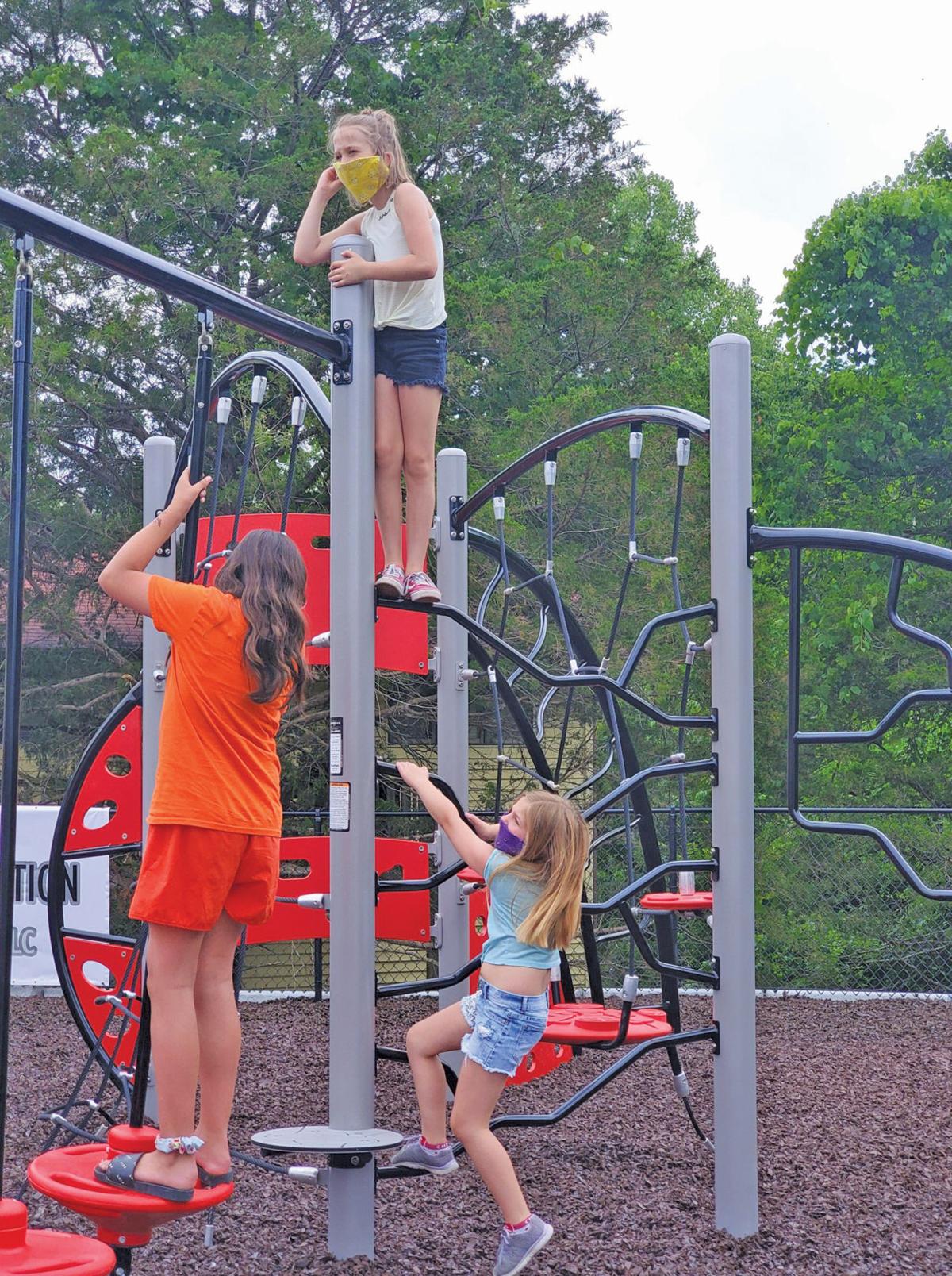 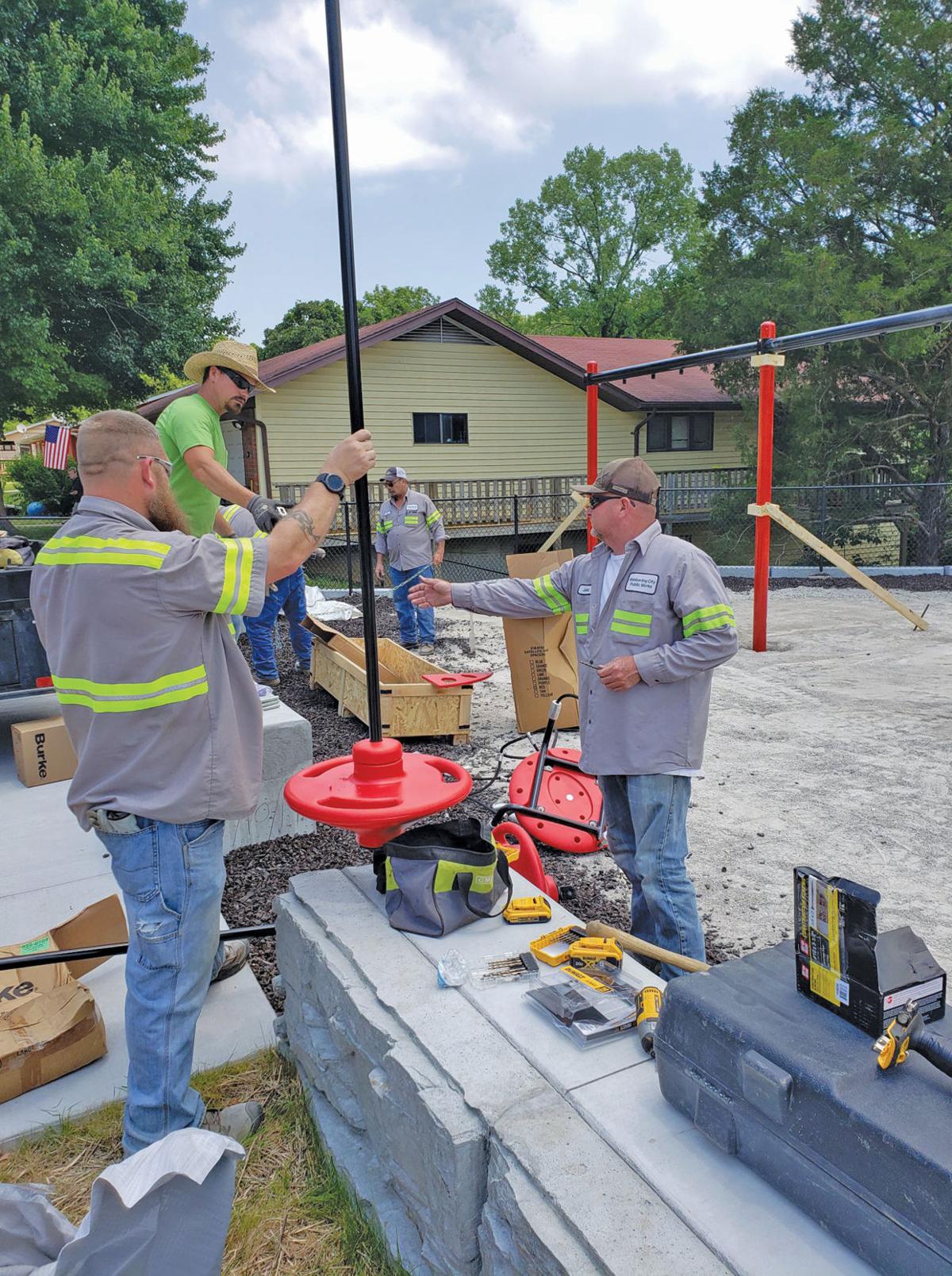 City of Kimberling City crews work to construct the new playground equipment, which was partially made possible by a $15,000 grant from national nonprofit KaBOOM!.

City leaders and community members came together June 20 for a dedication and grand opening ceremony for the new Lakeshore Park in Kimberling City.

City of Kimberling City crews work to construct the new playground equipment, which was partially made possible by a $15,000 grant from national nonprofit KaBOOM!.

Located at 19 Lakeshore Drive in Kimberling City, the Lakeshore Park site was formerly an empty 15,000-square-foot lot with only a handful of trees between two homes.

“The playground was obviously a very needed resource in this neighborhood. When you were here for the ground-breaking that we had last April, we talked a little bit about kids playing in the street, and we even had a situation where a small child was hit and injured in that area,” said Branson-Jones. “The planning for that location has been on the books for about … four years at least and I know possibly longer. We really wanted to make that location work, and that meant building up a lot of that ground to make us a nice modern functional playground space.”

The city also received some grant assistance from KaBOOM!, a national nonprofit dedicated to giving all kids, especially those living in poverty, a great, safe place to play. With a $15,000 KaBOOM! Grant, Lakeshore Park received a new, custom-designed playground that features hand-crafted amenities. Branson-Jones said the park was only possible due to the combined efforts of KaBOOM! and the city of Kimberling City.

“One of the things the council was really great about is donating these lots that the city owned. One on Lakeshore for the park,” said Branson-Jones.

“So that was a city-owned lot. What they also did is they took some lots that were owned by the city, and they allowed the sale of those lots to be put towards parks. So whereas the city may not have the other revenues that they can put towards the park board budget, they found other ways to help secure money for that. So that was a huge benefit.”

Branson-Jones said, due to some additional unanticipated financial challenges, the park board had to request some additional funding for which the city council approved.

“When we went to the council at the end of last year for the budget planning, they were just overly generous and actually utilized some reserve funds to make this park happen,” Branson-Jones said. “The (KaBOOM!) grant was actually a $15,000 grant, but we were required to spend at least $24,000, so it was only a portion of the equipment. So those funds did come from the park board account as well as the city budget to cover that.”

The initial grant deadline to complete the park was October 2019. When they were unable to meet that date, Branson-Jones said that KaBOOM! also stepped up to help.

“With some of the challenges that we had with that location, we were able to get an extension for March of this year for (the grant). We were on course for that and then obviously COVID hit,” said Branson-Jones. “We were looking at opening the park at the end of March, so we did have a little bit of a delay with that, because of the pandemic.”

After not having a public city park for nearly 40 years, Branson-Jones explained that to have this new park is such a huge success for the community.

“I live just up the hill, and we’ve been there every single day since it opened because I have a 7-year-old. I literally have not seen a moment where there is not a kid playing in that park since it opened,” Branson-Jones said. “So it is definitely being utilized and it’s just great that we now have a really safe and healthy place for the kids to play and stay out of the street, which is what they had to resort to in the past.

“So I was, overall, ecstatic about how it all turned out. We have a gorgeous playground that is modern and functional.”

Branson-Jones also gave an update on the incoming second park, to be called the Kimberling City Park, which will include walking trails, a dog park, a playground and more, all on 4.2 acres of land.

“The dog park is nearing completion. We hope to have it open by the end of July. That park will have two separate areas for large and small dogs. It has park benches, picnic tables and even doggie water fountains,” said Branson-Jones. “We’re ultimately hoping to have walking trails, playgrounds and a community gathering spot for things like weddings and family reunions.

“We’ve also discussed possibly having a small amphitheater area for concerts during the summer time.”

Additional information on the parks and the park board can be found at ckcmo.com.