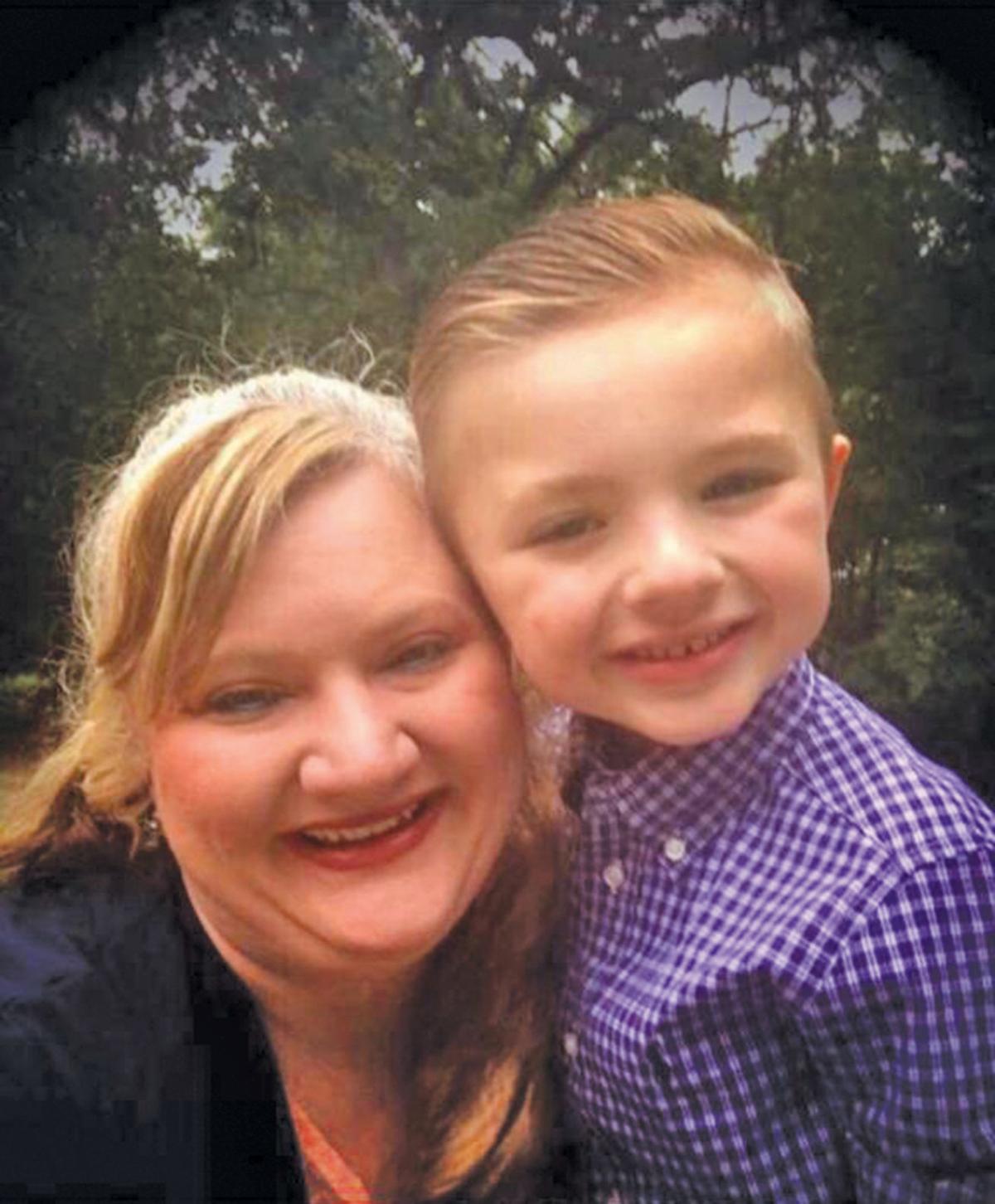 Traci W and her son Landon 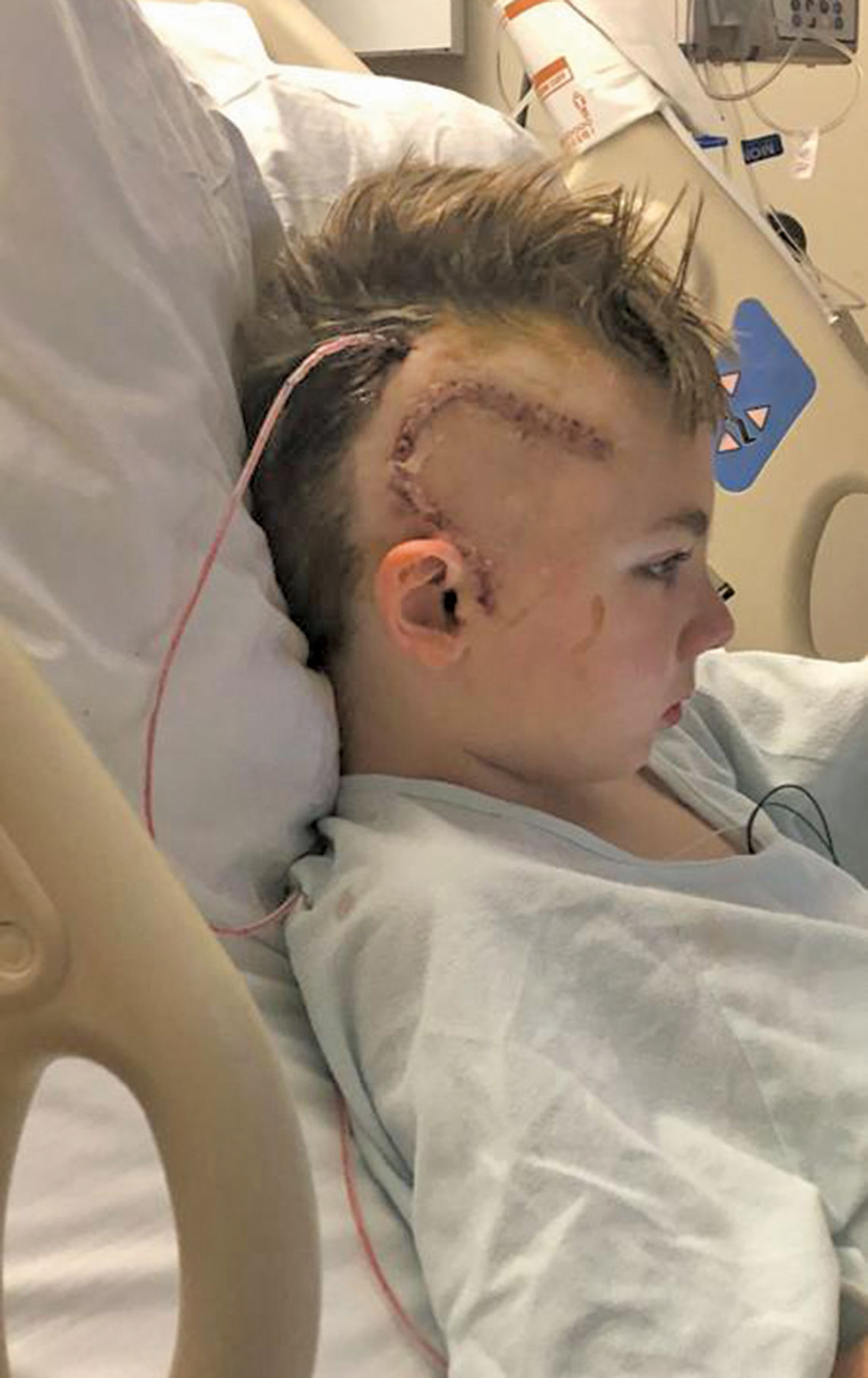 Traci W and her son Landon

Thanks to a combined series of events that included a Memphis Neurosurgeon, St. Jude’s Children’s Hospital, a letter to President Donald Trump and a mother’s intuition, a local 8-year-old was able to undergo life-saving brain surgery after being diagnosed with a form of brain cancer called astrocytoma.

Just under a year ago, local resident Traci W. (who  requested to have her last name withheld for privacy) said she noticed her son Landon was not quite acting like himself. She said he began to have trouble focusing and appeared to be having small seizures.

“I got an appointment, and we went and she referred us to a neurologist, and that’s when the neurologist ordered an MRI on Landon. Then we got sent to a neurosurgeon, and he wound up having astrocytoma on the right temporal lobe,” said Traci. “The doctor reviewed it and everything, and he wanted us to sit back and wait six months and see if the tumor grew or not and to see how fast it was going to grow.”

Thinking that the local Springfield doctor’s approach was not the right thing to do, Traci said she felt like they needed to get a second opinion.

So she obtained a copy of Landon’s MRI from the hospital and had it sent to Dr. Fredrick Boop, a neurosurgeon at Le Bonheur Children’s Hospital in Memphis, Tennessee, for review.

“He got back with me and said, ‘Your son needs to have surgery now, not six months from now.’ This doctor is the best in the country,” said Traci. “He does surgeries for people who come from Africa and all over the world. He’s the best in the U.S.”

While Boop was ready to do the surgery in Memphis, Traci said she ran into another problem when her insurance denied the surgery, citing because the surgery was going to take place in Tennessee and not Missouri.

“I did an emergency appeal with them, and they denied it again. That was the second time. Then the doctor that was going to do Landon’s surgery, we were already scheduled for surgery on Wednesday, he needed to do a peer-to-peer with the doctor from the insurance company,” said Traci. “(Boop) wound up asking the insurance doctor, ‘If this was your kid would you deny the surgery?’ He said, ‘No, but I still have to deny it because it’s out-of-state.’”

After her insurance denied the surgery, Traci once again took matter’s into her own hands.

“I decided a week before that last denial to write a letter to my president, President Trump, asking him how you could deny an 8-year-old boy’s surgery that has a tumor on his brain,” said Traci.

After the final denial from her insurance, Traci said Boop also took matters into his own hands and took a trip to his other place of work, St. Jude’s Children’s Hospital.

“(St. Jude’s) heard our story and … they agreed to pick up his surgery even though we weren’t patients of theirs yet,” said Traci. “So St. Jude’s wound up paying for the surgery, because my insurance company failed me and would not pay for the surgery.”

After the surgery, Traci said Boop informed her that, had she waited the six months like the Springfield doctor had recommended, the tumor would have been inoperable.

“He said it had already spread to the brain stem and the optic nerve. He said, ‘I’ve been doing this forever, 30 something years, I’m telling you this was a tough tumor to get. Had you waited, like somebody else wanted … it would have spread so far it wouldn’t have been operable.’ So me as a mother and my intuition of me getting my son help and not going with one person’s opinion saved my son’s life.”

After two weeks at Le Bonheur Children’s Hospital, Landon and Traci were able to return home. However, after only being home a short time, Landon developed a staph infection in his head.

“We wound up having to go back to Memphis and be opened up again for the second time to do a wash-out of all that infection,” said Traci. “They wound up taking the bone out of his head that was causing the infection and putting a titanium mesh plate back in.”

After another week’s stay at Le Bonheur, Landon was able to once again return home. Once at home, Traci said she got a call from her insurance company.

Traci explained that the reason that they were initially denied was not because the surgery was going to take place out-of-state. But it turns out it was because the insurance’s own personal doctor failed to properly document the symptoms that Landon had been experiencing prior to his surgery during the peer-to-peer session with Dr. Boop.

On June 22, Landon will be going to St. Jude’s, where he is now a full patient, for doctors to decide whether or not to start chemotherapy. Traci explained the chemo would have normally began sooner, but due to the infection, Landon’s immune system is not in a good place to begin treatment.

Traci said, while Landon does have some rough days, overall he has been very strong and upbeat throughout this whole ordeal. She added that, even with two brain surgeries, Landon has continued to keep up with his school work.

“Even like a week after his surgery, when we got home he was still trying to catch up to make the straight A’s,” said Traci. “He’s got high A’s in every class even though he’s had this surgery, so he will have straight A’s for the year despite having two brain surgeries. That’s pretty amazing.”

Traci said that she’s also written a second letter to Trump that included a photo of Landon, thanking him and his team for contacting her insurance and their assistance.

Anyone who would like to help support Landon and his family financially during this time can visit boudreauxspc.com who is hosting a T-shirt fundraiser for Landon.