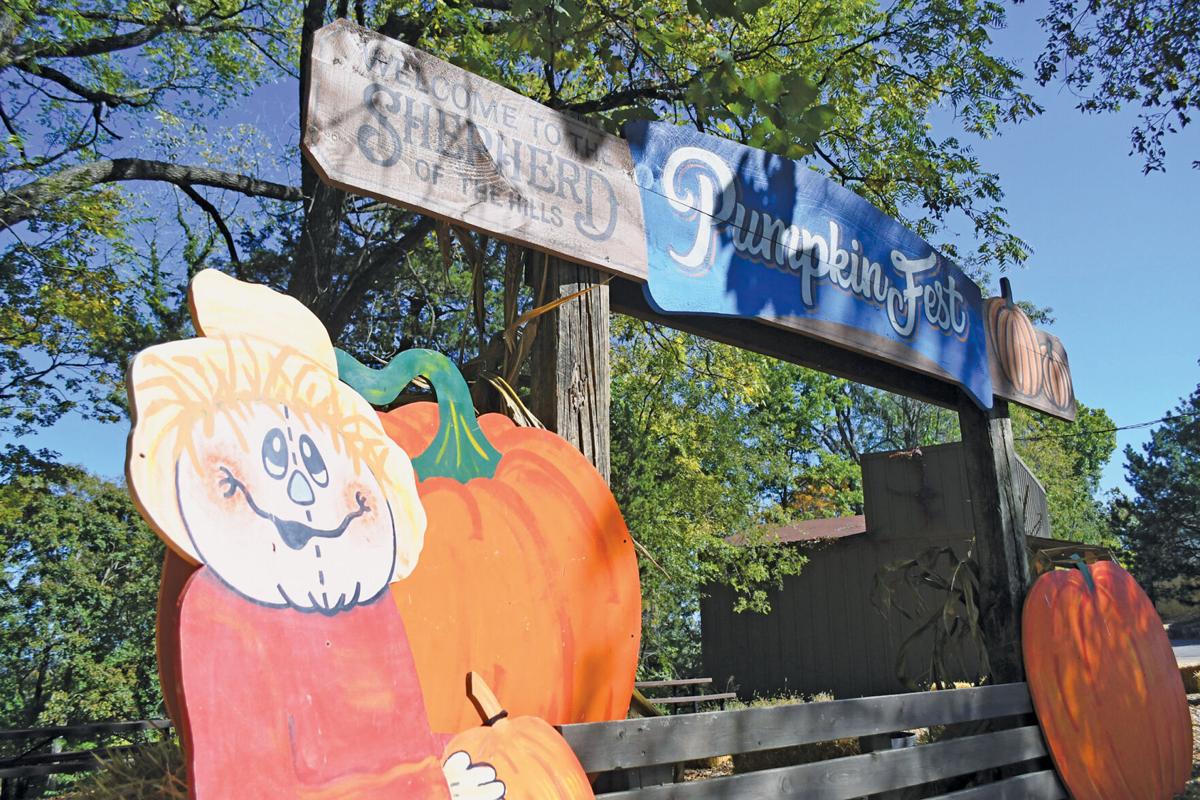 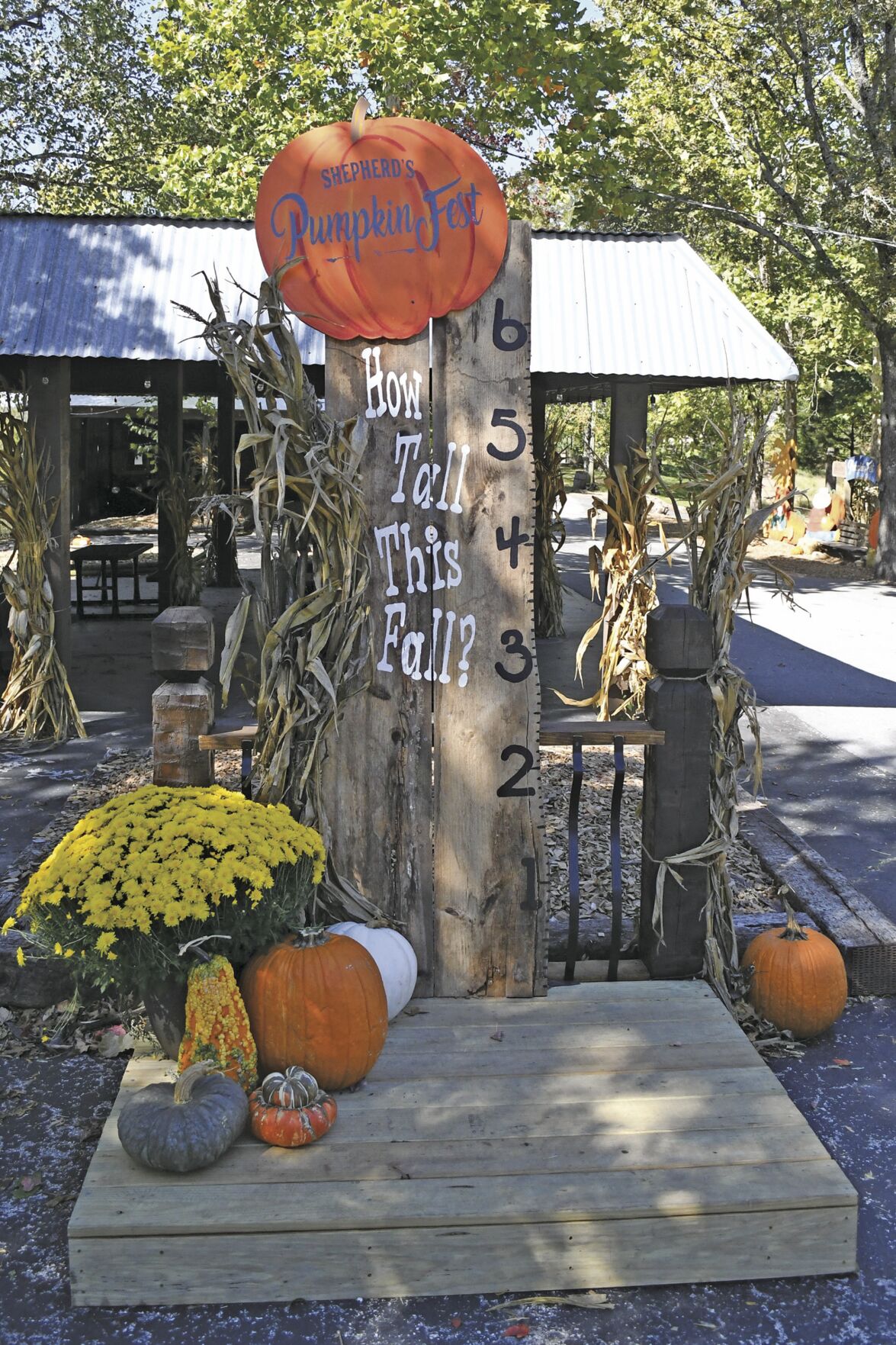 Shepherd’s Pumpkin Fest runs every Friday, Saturday and Sunday through the entire month of October at Shepherd of the Hills. 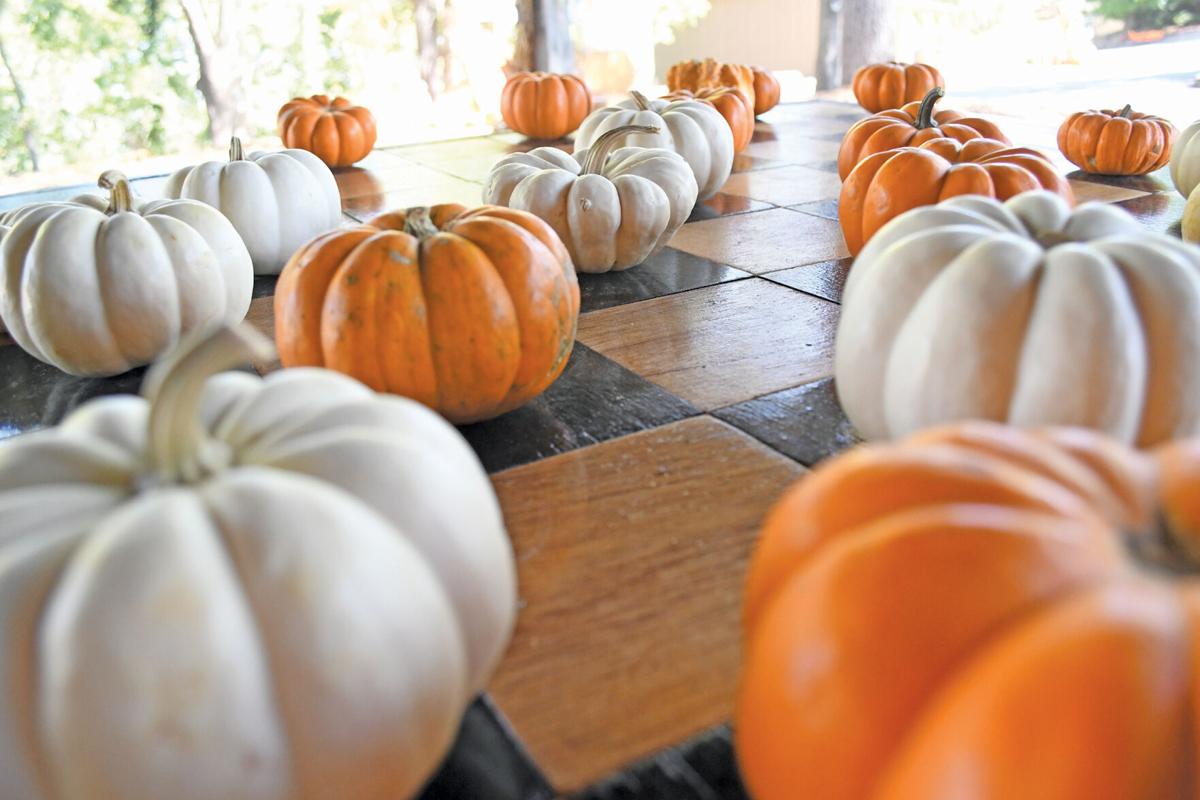 When not painting a pumpkin or building a scarecrow, siblings can compete in a variety of fall themed games including checkers, tic tac toe and cornhole.

Shepherd’s Pumpkin Fest runs every Friday, Saturday and Sunday through the entire month of October at Shepherd of the Hills.

When not painting a pumpkin or building a scarecrow, siblings can compete in a variety of fall themed games including checkers, tic tac toe and cornhole.

Now through the rest of this month, Shepherd of the Hills invites folks to join them for their inaugural Shepherd’s Pumpkin Fest.

Shepherd’s Pumpkin Fest provides families the chance to indulge in all of their favorite fall-time activities, according to Shepherd of the Hills General Manager Jeff Johnson.

“We got pumpkin painting. We’ve got a little pumpkin patch that we planted down on the farm. So we’ve been picking pumpkins,” Johnson said. “We’ve got different decorative stuff that we’re selling as well as just a number of activities for kids. Pumpkin bowling, bounce houses, face painting, pumpkin painting, scarecrow building and that sort of thing. So they can come out and pick out a pumpkin and take it home with them.”

While Shepherd of the Hills is one of Branson’s main tourist attractions, Johnson added they also wanted to create an event that locals could come and enjoy.

“It’s like the old fashion farm fests, except we’ve got the added benefit of all the different things we offer at Shepherd that most places don’t,” said Johnson. “So we wanted to do something within a price point to get folks that are primarily locals out to the farm and give them stuff that they could do.”

“We’re doing some other different things as well. Some balloon artists, kettle corn and, of course, all the other things they can get at concessions, like ice cream,” Johnson said. “We’ve got the rock climbing wall in there. We’ve got a little mini hay ride, a corn pit, a petting zoo, the mini golf, the playland, the tree houses and the play barn. Also things like tic tac toe, cornhole, checkers and that kind of thing. There’s a number of different photo ops and things as well for families to take pictures.”

General entry admission into the festival will be $8.95 and include access to the kid’s hay-bale maze, petting zoo, corn pit, bounce house, nine-hole mini-golf, Lil Pete’s Playground, pumpkin painting, the jeep hayride and the rock climbing wall. Folks can also build their own scarecrow to take home with them for $10 and pick out pumpkins to take home with them. Take home pumpkins range between $5 and $15 depending on their size.

Johnson said, as time goes on, he’s looking forward to seeing the continued evolution of their fall events, which began last year as the Spooktacular before transforming in the Pumpkin Fest this year.

“My favorite time at Shepherd is the fall and seeing that cabin with the trees and the leaves changing around it and the tower. The scene from the tower over the leaves changing in the fall is just a spectacular thing. So just continuing to grow that,” said Johnson. “We hope to continue to evolve that year over year and to be able to offer more activities and things as time goes on.”

The Pumpkin Fest at Shepherd of the Hills follows just on the heels of its inaugural Shepherd’s Fall Craft Fair, which was held from Sept. 11 to 13. After so many craft fairs across the country were forced to cancel this year due to COVID, Johnson said the crafters were incredibly thankful and pleasantly surprised at the turnout for this new event.

“It exceeded every expectation that we could have had for it. We were very, very pleasantly surprised with, No. 1, the response from the public that came out to see all these crafters,” Johnson said. “We charged a $5 entry fee on the Fall Craft Fair and that kind of weeded out some folks that wouldn’t necessarily be inclined to spend money and they just wanted something free to go do. We had a lot of great live music to go along with that. Of course the kids got to use all the normal things we have going on at the farm with the treehouses and the mini-golf and that kind of thing.”

Johnson added that, following the success of the recent event, they’ve already begun to make plans for next year’s craft fairs.

On top of the Pumpkin Fest and other outdoor activities, Shepherd of the Hills also offers a number of live shows. Current shows include the WhoDunnit Hoedown: A Murder Mystery Dinner Show, Ventriloquist Todd Oliver and Irving, Shad Heller’s Original Toby Show, The Chuckwagon Dinner Show featuring The Riders of Circle B and of course the legendary Shepherd of the Hills Outdoor Drama.

Folks are encouraged to ask about special show rates for locals. For additional Pumpkin Fest and show information, including tickets and showtimes visit theshepherdofthehills.com.