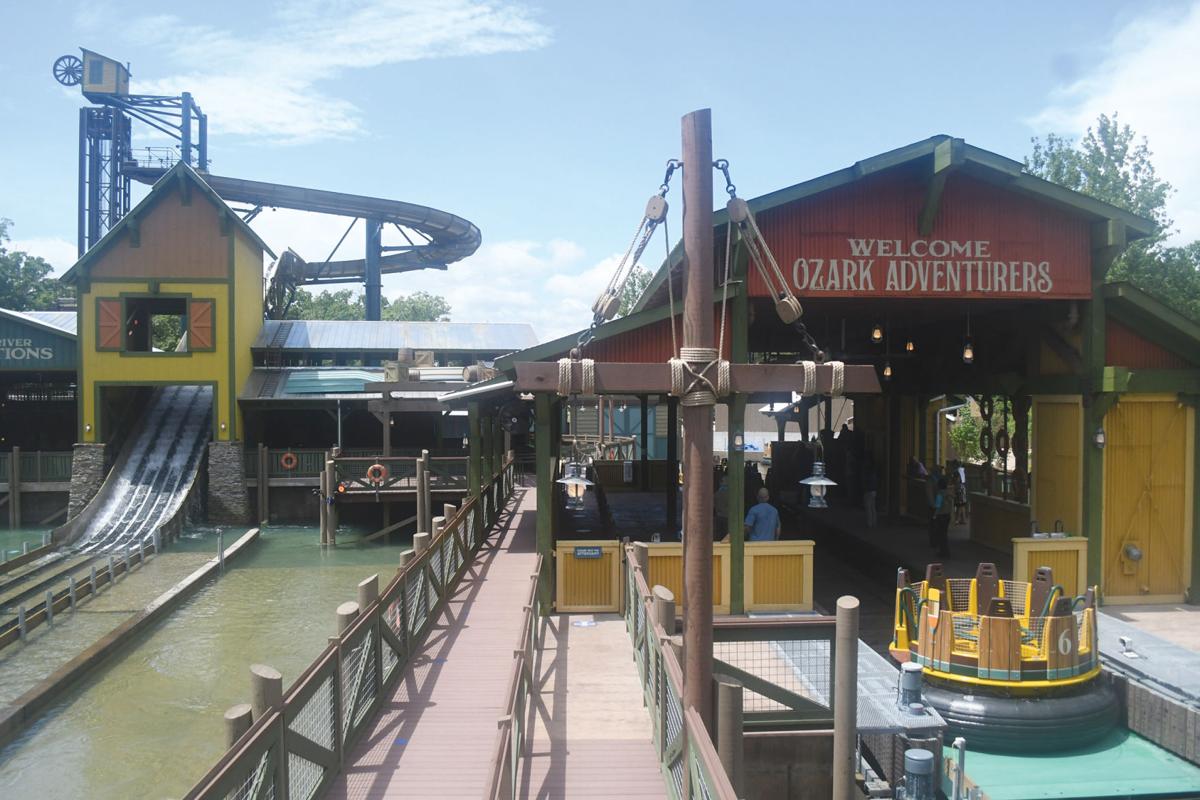 Silver Dollar City’s new Mystic River Falls is currently in the testing phase. An opening date will be announced soon. 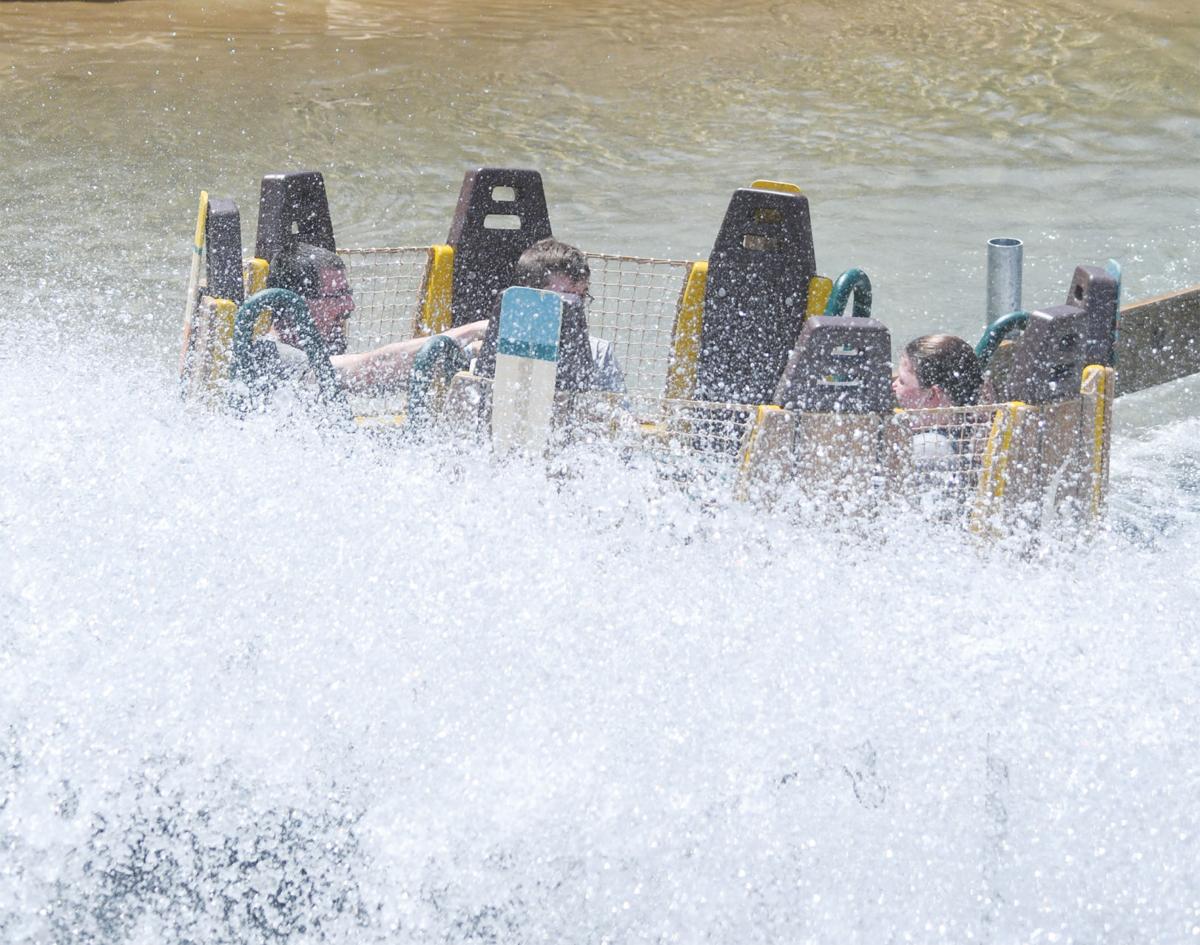 Michael, from left, Zachary and Stacey Johnson get soaked at the bottom of Mystic River Falls’ drop last weekend during testing at Silver Dollar City 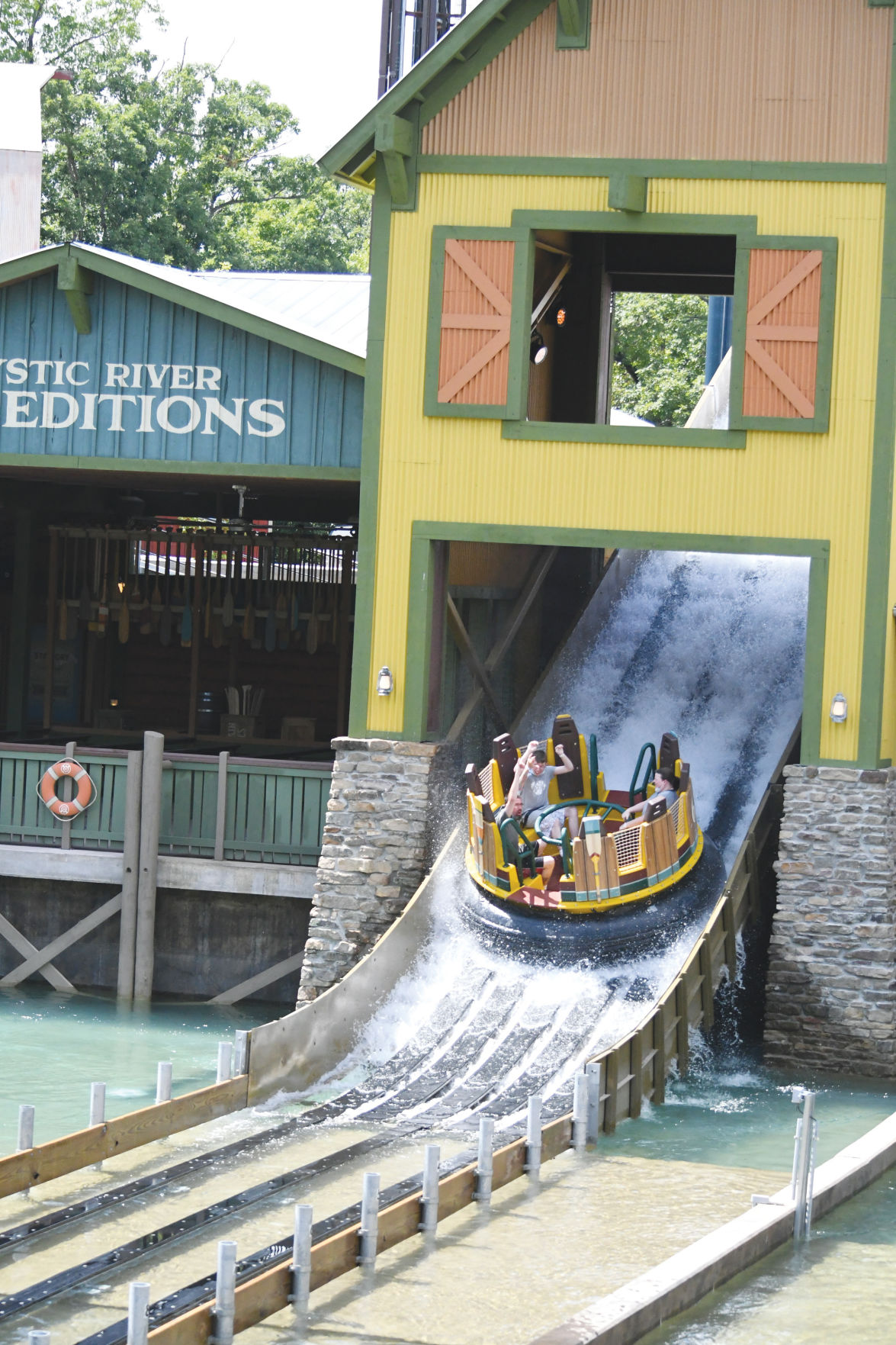 Silver Dollar City’s new Mystic River Falls is currently in the testing phase. An opening date will be announced soon.

Michael, from left, Zachary and Stacey Johnson get soaked at the bottom of Mystic River Falls’ drop last weekend during testing at Silver Dollar City

Last weekend, a lucky group of guests at Silver Dollar City were able to climb aboard the new $23 million Mystic River Falls, which “is now in a testing phase that allows Silver Dollar City to load some passengers during final adjustments.”

An official opening date for Mystic River Falls has not been announced, but “is expected soon.”

Even though the ride operated with guests for roughly 30 minutes before some adjustments and weather issues forced testing to stop, enthusiasm for those lucky enough to climb aboard was quite high.

The only person more excited than the riders was President of Silver Dollar City Attractions Brad Thomas, who was waiting at the end of Mystic River Falls to chat with all the riders.

“Oh my goodness, this is two and a half years of planning, operating and building in the middle of literally a global shutdown, so the fact we’re here testing this ride on the Fourth of July is quite remarkable,” he said. “Normally when we open a ride at the beginning of a season, we will have gone through weeks of testing.

“With this scenario, we’re having to do real-time testing with the park open, and the only folks in a boat are the ones that came together, so we’re not mixing people in the boats, which makes loading a little bit of a challenge.”

“We will keep doing these tests and get more efficient, but we still have days of this to go.”

Mystic River Falls is a 12-minute long ride taking adventurers through rapids and a winding river channel, before the boats ascend to the top of an eight-story elevator, the world’s first and only rotating lift of its kind, where guests then travel a sloping river channel that leads them to a four-and-a-half-story waterfall drop. Along the shores, the buildings are fashioned like piers of yesteryear.

“This is an incredible river ride, then when you go up the lift and see the great views of Silver Dollar City, down the elevated channel then the drop, it’s just, you put all those pieces and parts together, and it’s just a blast of a ride. And, the only place you can ride it is right here at Silver Dollar City.”

The first guests to climb aboard and brave Mystic River Falls were Cassville residents Michael, Stacey and Zachary Johnson.

“A whole lot of fun,” Zachary Johnson, 16, added while sporting a huge smile.

According to Michael Johnson, the family has been paying close attention to ride updates, and decided to take a chance and visit the park Saturday.

“We’re kind of on all the Silver Dollar City apps and Facebook and things, so I was eyeballing them and thought, maybe today,” he said. “When we got here and heard there may be a soft open, I went and stood in line for four-and-a-half hours to make sure we got on.”

“Without a doubt, a perfect 10.” Zachary Johnson added.

Like the Johnson family, Kathy Garcia and her family, from Blue Eye, also played a hunch when deciding to visit Saturday. During a trip to the park last week, she said they noticed the Mystic River Falls boats were running without passengers.

“When we saw it last week we started to think, you know maybe they’ll have it open by the Fourth of July weekend,” she said. “So I got here about 9:30 a.m. and just sort of wandered down here and noticed they just turned the waterfall on, so I thought maybe (laughs).

“I figured I’ve been to the park so much over the years, I’m just going to get in line and be patient. There was a group of us that waited about four and a half hours to ride.”

When asked if it was worth the wait, she smiled and said “yes.”

“I think it’s better than the Lost River of the Ozarks,” she said. “It’s faster, you know, the water moves much faster, the rapids are great, and the drop at the end is a whole lot of fun.”

While Mystic River Falls isn’t open just yet, there are several other new features in the all-new Rivertown area of the park, including the Rivertown Smokehouse, which represents the largest investment in a restaurant in both Silver Dollar City’s and the company’s history, with over 10,000 square feet of area, patio and 450 seats. The new restaurant is set to serve the park’s popular barbecue, plus new favorites, as well as providing 450 viewing seats along the banks of the Mystic River.

Across from the Smokehouse is the new Clara Belle’s Cinnamon Bread, a bakery dedicated to a variety of Silver Dollar City famous cinnamon breads, desserts and specialty coffee. In addition to all that, Silver Dollar City is also home to more than 30 themed rides and attractions, including record-setting coasters Time Traveler, Outlaw Run, the Grand Exposition and Fireman’s Landing areas for “the littles,” and other family favorites like Tom and Huck’s Riverblast and the Frisco Silver Dollar Line Steam Train.

As far as an official opening date for Mystic River Falls, park officials said they “WILL let” everyone know when the ride opens,” so keep reading the Branson Tri-Lakes News for updates. Visit silverdollarcity.com.