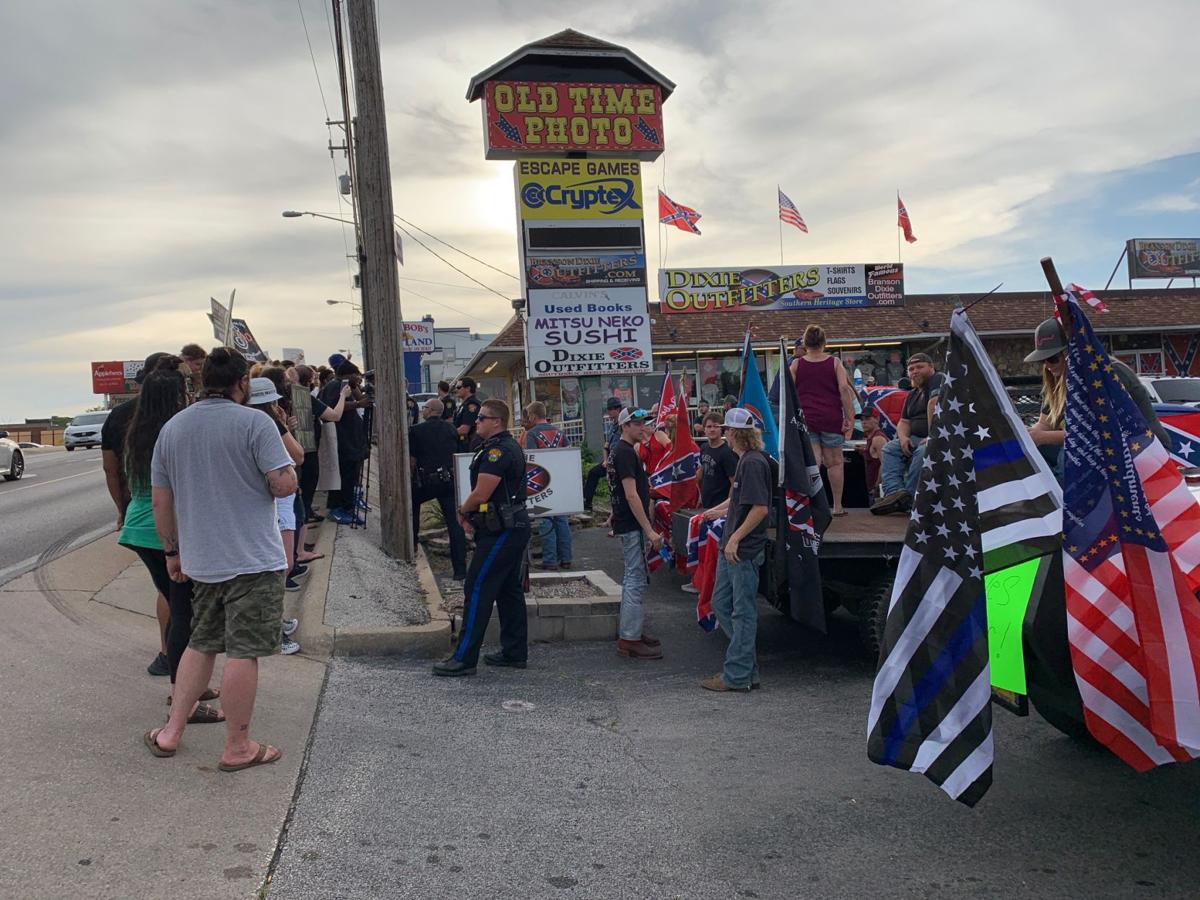 Protesters and counter protesters are divided a few police officers outside Dixie Outfitters in Branson on Sunday, June 21. 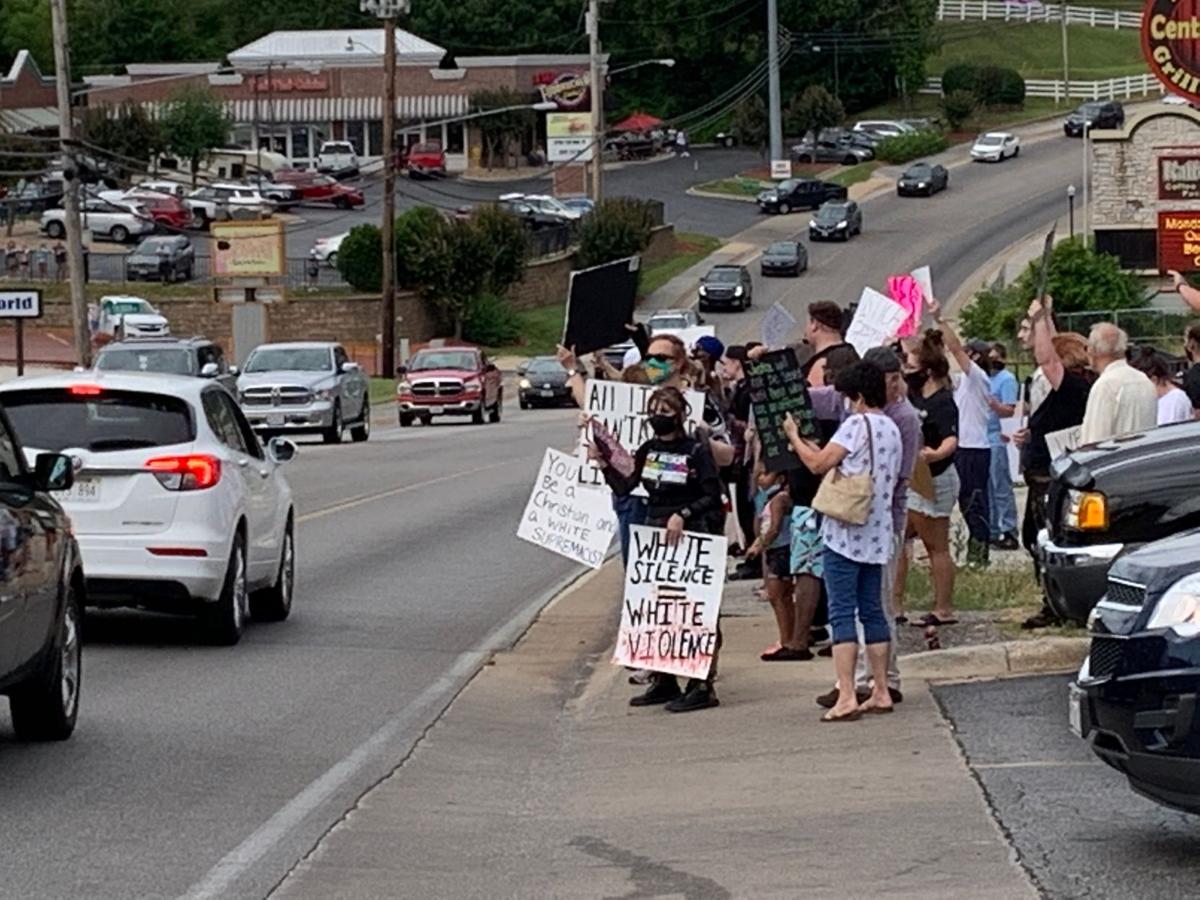 Individuals line 76 Country Boulevard in Branson on Sunday, June 21 to protest Dixie Outfitters, a business that sells Confederate-themed items. The protest began on the opposite side of the street from the business (as pictured here), but eventually moved to the sidewalk next to the store.

Protesters and counter protesters are divided a few police officers outside Dixie Outfitters in Branson on Sunday, June 21.

Individuals line 76 Country Boulevard in Branson on Sunday, June 21 to protest Dixie Outfitters, a business that sells Confederate-themed items. The protest began on the opposite side of the street from the business (as pictured here), but eventually moved to the sidewalk next to the store.

For the second week, protesters lined up along 76 County Boulevard to protest Dixie Outfitters, a Branson business that sells Confederate flags, as well as Confederate-themed clothes, apparel and memorabilia.

On Sunday afternoon, approximately 40-50 protesters lined 76 on the sidewalk opposite from the store, chanting slogans such as “Black lives matter.” Another 30 or so counter protesters gathered in the store’s parking lot, playing southern-themed music, like “Sweet Home Alabama,” among others.

Traffic was heavy on The Strip, and many drivers honked in support of one side or the others. Several vehicles sported a Confederate flag.

According to the “Branson BLM March” Facebook site, the protest was to have started and 4 p.m., and then participants were to march an hour later to North Beach Park, but the protester never left the area of Dixie Outfitters, until after the counter protesters started to leave at about 7 p.m.

Several Branson police officers, and at least one State Trooper, were on site.

Eventually, most of the protesters crossed the street and were lined up on the sidewalk next to Dixie Outfitters’ parking lot. Protesters and counter protesters were often no more than five or six feet from each other. A handful of Branson police officers stood between the two sides. The entire event appeared to remain peaceful.

This was the second week protesters have targeted Dixie Outfitters, after previously congregating downtown. Last week, the demonstrators started their protest outside the store, and then marched to the downtown area. Dixie Outfitters became a target of protests after a 2015 story from the Springfield News-Leader began circulating on social media. The story revealed that a co-owner of the store attempted to adopt a highway in Arkansas in the 1990s on behalf of the Ku Klux Klan.

The protesters chanted “Ban the Klan” on several occasions.