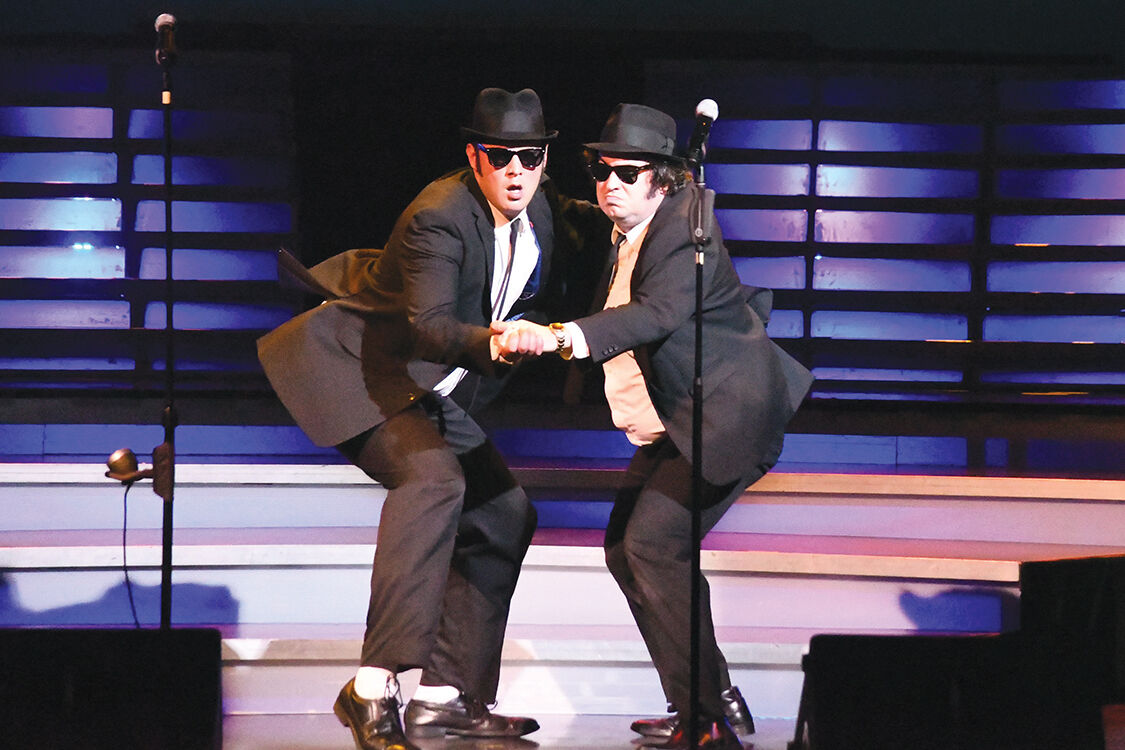 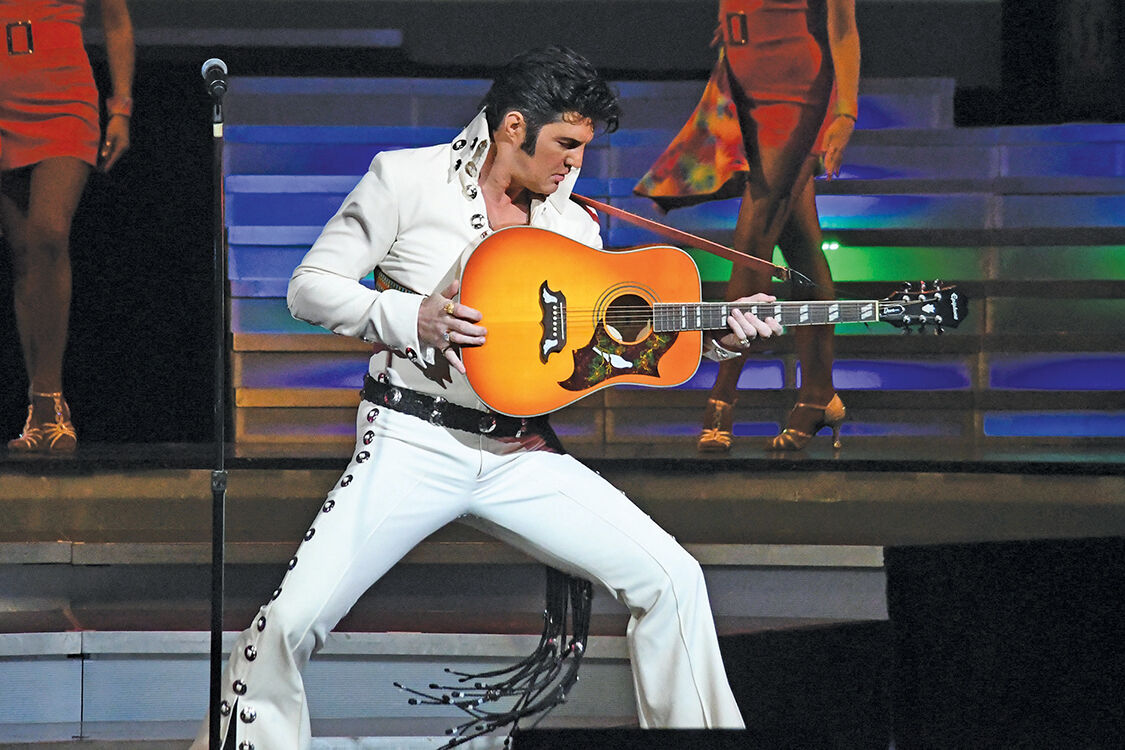 Ryan Pelton performs as Elvis Presley at Legends in Concert 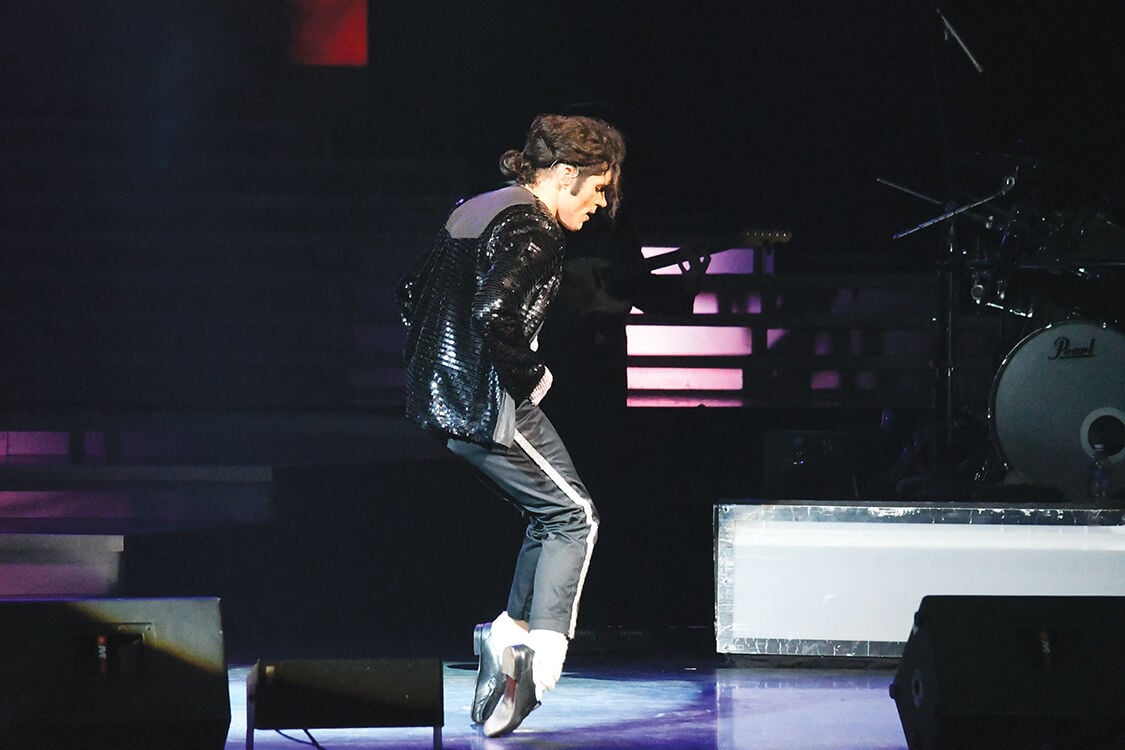 Ryan Pelton performs as Elvis Presley at Legends in Concert

There’s not too many places in the world where you can see Elvis Presley, The Blues Brothers, Michael Jackson and other legendary performers all on the same stage in the same show, but when you’re at “Legends in Concert” anything is possible.

The concept of “Legends in Concert” was launched by John Stuart in 1983 and started out as a limited six week engagement at the Imperial Palace Hotel and Casino in Las Vegas.

“(Stuart) created the show Legends in Concert,” said Legends in Concert and Dick Clark’s American Bandstand Theater General Manager Jeannie Horton. “I believe it started as legendary performers who have passed, but now it’s a combination of stars of yesterday and today. So you’ll have current artists, like we have Taylor Swift in the show, but we also have Michael Jackson, The Blues Brothers and Elvis opening shows up around the United States and around the world.”

While Legends in Concert has been around for nearly four decades, its Branson story didn’t actually begin until 1996.

“For two years we were at the Grand Palace and then at the Osmond Theater as guests. But we claimed residency in 1998 and we were at the Christy Lane Theater until 2000,” said Horton. “Then we went to what is now The Clay Cooper Theater. It was The Osmond Theater, but then it became the Legends Family Theater. We were there until 2008, and then we moved in here in 2009 and have been here ever since.”

The performers who are a part of the “Legends in Concert” family have what Horton likes to call “the total package.”

“When you see Taylor Swift, she’s going  to wear the same costume, she’s going to have the same look and close enough to the same vocal ability,” said Horton. “Clearly no one is going to be identical to the star, but we try to get as close as we can to recreate a concert that you might not be able to see.

“So if you never got to see Elvis, we try to recreate something that you could have seen, a replica of something you would have seen when he was alive and same with Michael Jackson. If you are at home during COVID, and you can’t see Taylor Swift on tour, you can come check us out.”

“The Blues Brothers, their energy is just outstanding, and it’s fun. You never know what they’re going to do next. Elvis is super talented. He opens the show and closes the show. The first part of his opening set is Elvis movies, and at the end is his later years,” said Horton. “You’ll see Michael Jackson, who is one of the crowd’s favorites. He is super uber talented. His dance moves, his vocals and his look. He’s a great act.”

Tina Dawn’s Branson 2020 run as Taylor Swift recently came to an end on Aug. 7. As her replacement, “Legends in Concert” welcomed the local talents of Todd Bradshaw as Kenny Chesney on Aug. 8.

“Todd Bradshaw is our Kenny Chesney, and he’s incredibly talented. I don’t know if you’ve ever seen him before, but he’s amazingly talented. He sells real estate here in Branson when he’s not on stage,” said Horton. “He’s agreed to come in and, because we have a reduced schedule from last year, because Six has moved into the theatre, we reduced the number of shows we do. So it’s a little bit easier of a schedule for him, and he is able to, when he’s not selling real estate, come sing on stage. He’s phenomenal. Do yourself a favor and come see him.”

Bradshaw will complete his 2020 Branson season run as Kenny Chesney on Sept. 8. Horton said, starting on Sept. 10, they’ll welcome Larry Turner and his tribute to George Strait to the Bandstand.

“The cool thing is George Strait will be here for three weeks, up until the end of September. So we’ll have the King of Country George Strait, the King of Pop Michael Jackson and the King of Rock ‘n’ Roll Elvis Presley. Isn’t that cool? We’ve got three kings.”

Horton added that many of their performers have degrees in theatre and some have even studied the art of opera.

“All of the acts that perform here all have great stories and great backgrounds. They’re super uber talented actors and performers. They all use their own natural voice,” she said. “They all have perfected their craft by rehearsing and releasing and studying the mannerisms of the original entertainers.”

In order to bring many of these Legends to life on stage, Horton said they have formed great partnerships with the estates of those Legends. Horton shared a great example of one their relationships is the Belushi Estate for the use of The Blues Brothers.

“We do a lot of stuff together. We’re also on their website and they help us find Blue Brothers acts,” said Horton. “Now we’re going to be selling The Blues Brothers Coffee in our gift shop. This is something brand new for them. Judith Belushi (widow of John Belushi) and Dan Aykroyd have this new coffee that’s coming out, and we’ll be selling it.

“So we have certain things we can and can’t do, and we have to be very cognizant and careful with what we do so that it is respectful of the original Blues Brothers.”

Due to COVID, Horton said they have implanted multiple safety precautions to keep audiences, performers and staff safe.

“We’ve hired a safety officer that just makes sure that everyone is doing what they’re supposed to be doing as far as sanitizing the building and wearing masks. Every employee wears a mask,” said Horton. “We have six foot social distancing in our theatre for seating. So we only seat people in the odd rows and there’s three seats in-between each party. We sanitize the entire theatre auditorium after each show and we have hourly sanitation that we do.”

Also due to the pandemic, Horton said the Branson location is currently only one of two places you can take in a “Legends in Concert” production.

“This location (Branson) and our Orange Beach (Alabama) location are the only two Legends shows that are open currently,” said Horton. “So we’re the only two places you can see Legends.”

Showtimes for “Legends in Concert” are at 3 p.m. or 8 p.m. depending on the day. To see a full list of upcoming Legends performers and the complete show schedule visit legendsinconcert.com.