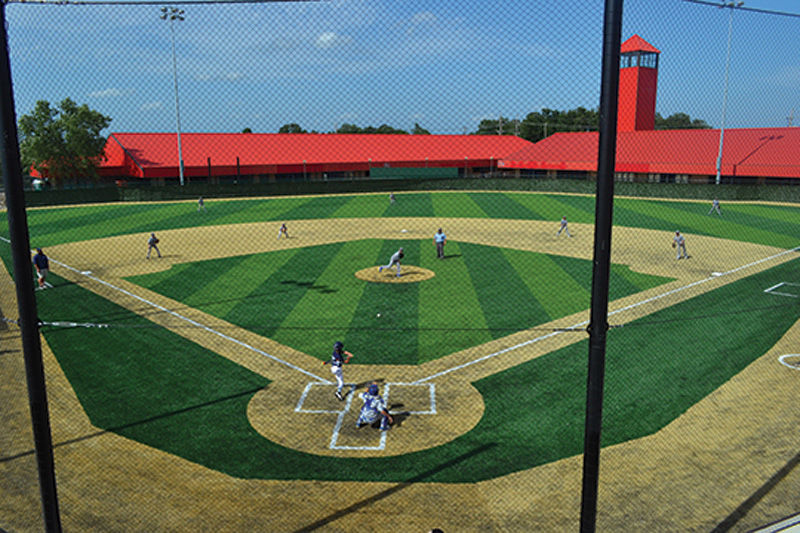 The Hollister Tigers and the Springfield Mavericks play a baseball scrimmage game on the Wrigley Field replica during the grand opening of Ballparks of Branson Thursday afternoon. They are the first teams to play on the new field. 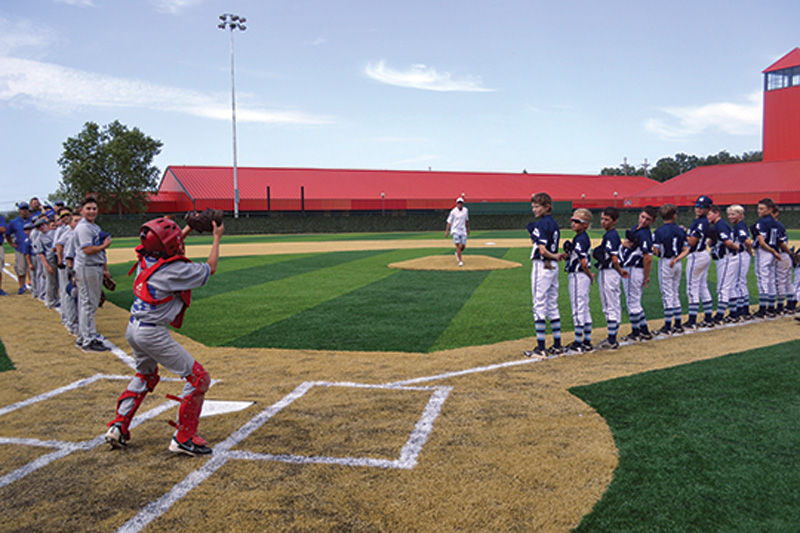 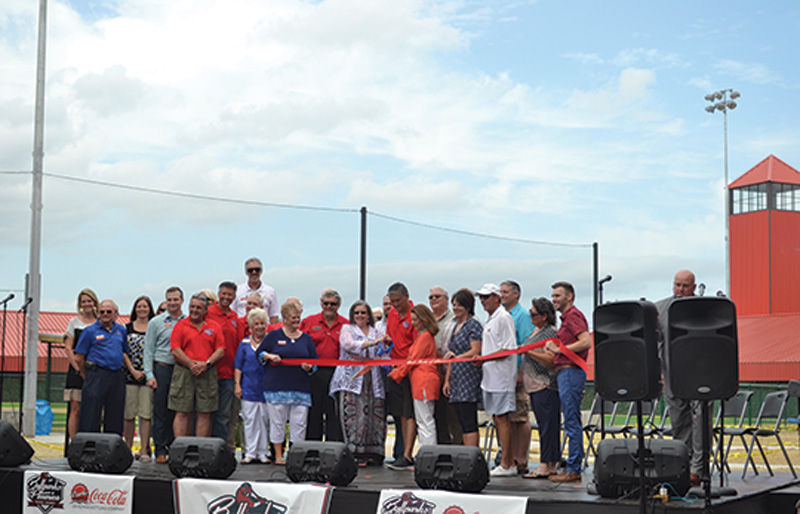 The Hollister Tigers and the Springfield Mavericks play a baseball scrimmage game on the Wrigley Field replica during the grand opening of Ballparks of Branson Thursday afternoon. They are the first teams to play on the new field.

The Hollister Tigers and the Springfield Mavericks, youth travel-ball teams, were the first to play a baseball scrimmage game on the replica of Wrigley Field Thursday afternoon at the grand opening of Ballparks of Branson.

“What you’re gonna see here is a tremendous competitive effort. So these kids will go on and get a taste of AA baseball; will get a taste of playing baseball throughout the United States,” Elmquist said.

Elmquist said baseball players will have a chance to meet other players from all over the country and around the world.

“And they have the same thing in common that you do, their heart beats just like yours does,” Elmquist said addressing the baseball players.

“Get in there and fight and compete. Don’t let anybody steal your dream.”

CEO of Ballparks of America Hamilton Chang thanked and acknowledged everyone involved with Ballparks of Branson.

“We’ve been really, really blessed as a management team, as an ownership team, an engineering team, a planning team, a building and construction team,” Chang said.

“We really have been truly blessed with such an incredible community to be a part of.”

Mayor Karen Best said she was glad to see everyone who came out to the grand opening.

“This really is a very exciting day,” Best said.

She talked about her time growing up in Chicago and listening to a Cubs game on her radio.

“When I was your age, if I could meet a big league player, that would’ve been the coolest thing ever,” Best said.

“And so as an adult, when I walked out onto Wrigley Field last week with Bobby (Dernier), that was one of the greatest experiences.

“I could only imagine being 10 or 11 years old and standing in this outfield and looking, and thinking as Bobby was as a kid, ‘I’m going to play professional baseball,’” Best said.

Best thanked Dernier for his support and commitment to Ballparks of Branson.

Dernier said walking out onto any field, he gets the same shiver down the middle of his back.

“And you guys know what I’m talking about, right?”

“You can feel that. If you do, then you’re on the right track. That means your probably a little bit in love with baseball, and it’s a pretty faithful entity to be in love with, trust me,” Dernier said to the baseball players.

Dernier said Ballparks reminds him of spring training with the multiple fields, and entertainment for families.

“I’ve still got that 10-year-old in my heart, and that’s why I’m here. I love this kind of thing. It’s so America.

“So be proud of yourselves, support each other. And I can’t wait to see it a year, two years, five years from now and watch this growth happen,” Dernier said.

The first baseball tournament with the first pitch and opening ceremonies start today. There will be local entertainers, a car show, contests and other activities for travel-ball families before the start of the games.