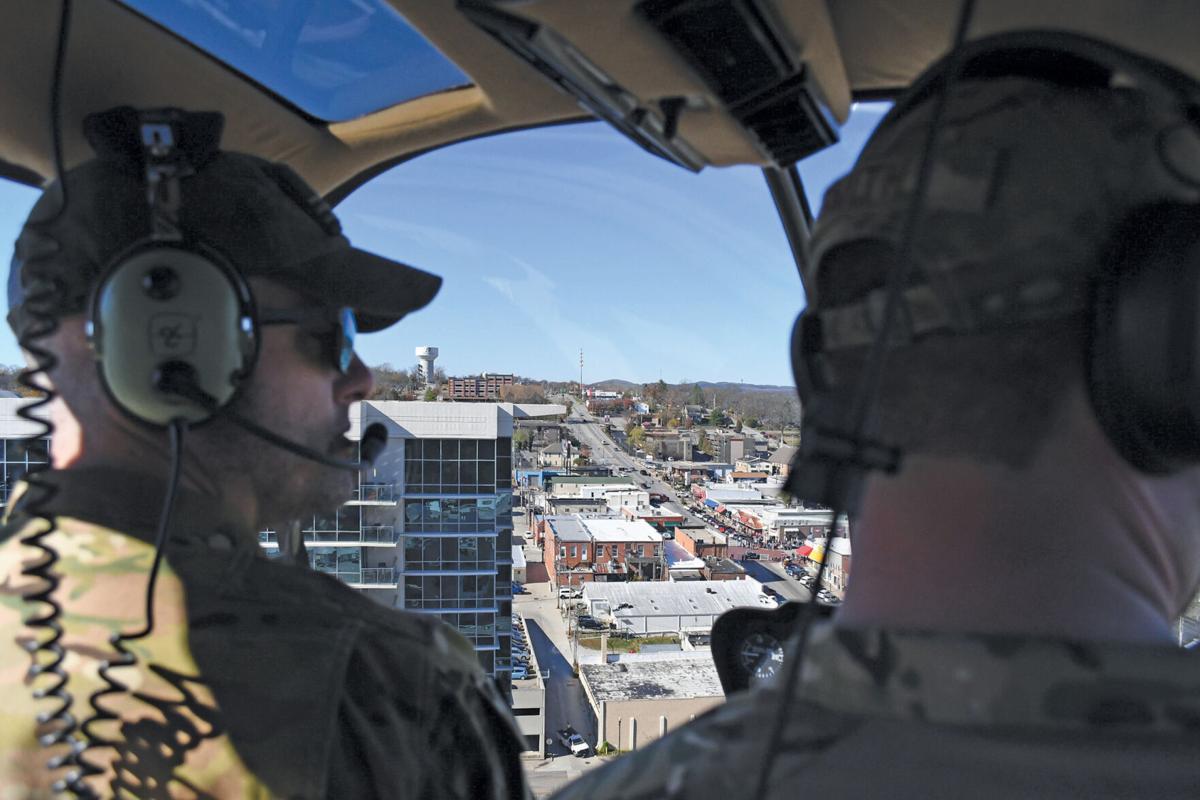 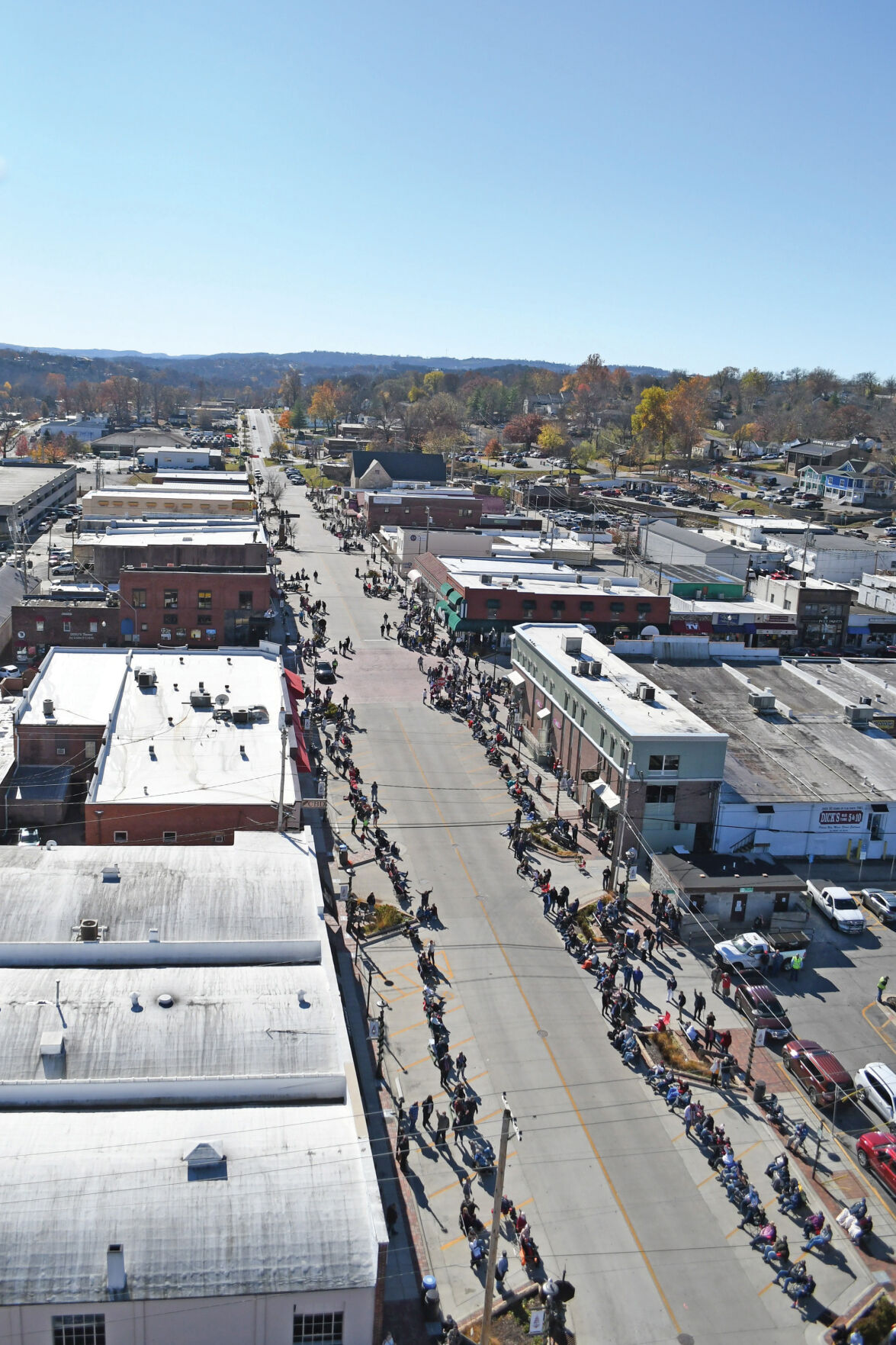 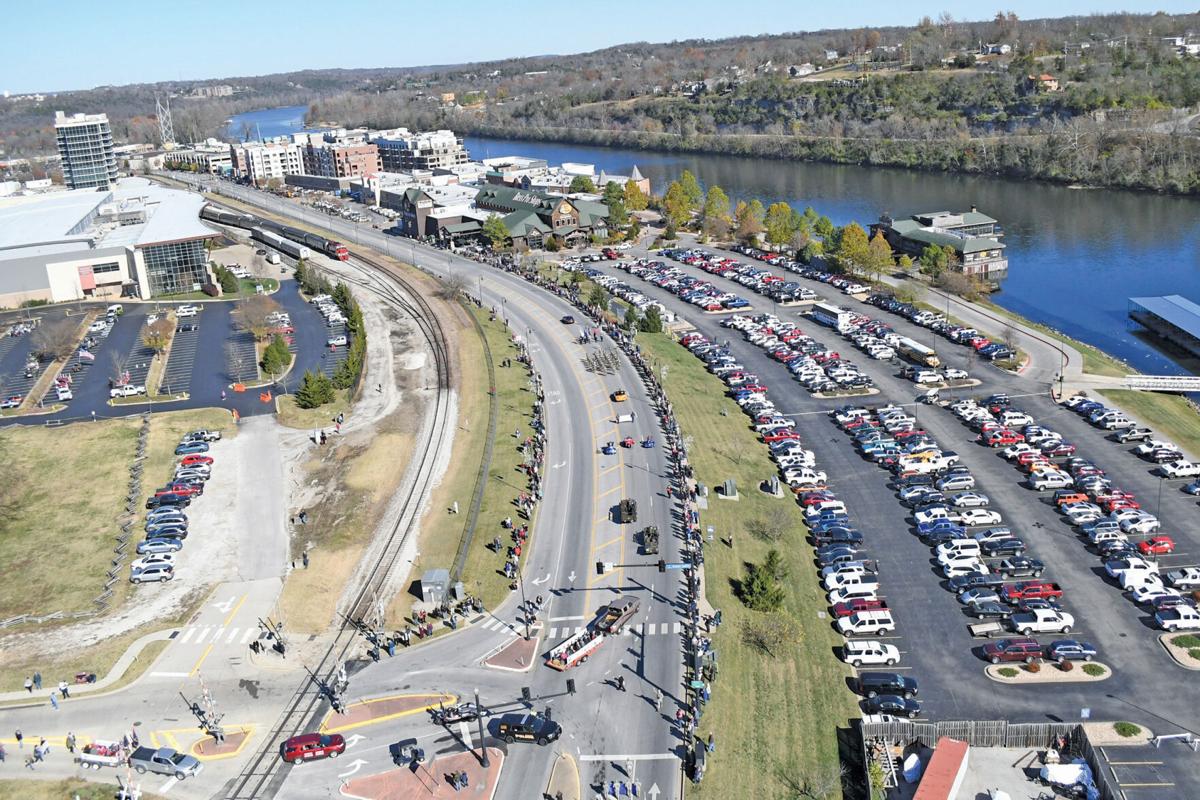 Branson Helicopter Tours flew over the Veterans Day Parade just as it was beginning its march down Branson Landin Blvd. 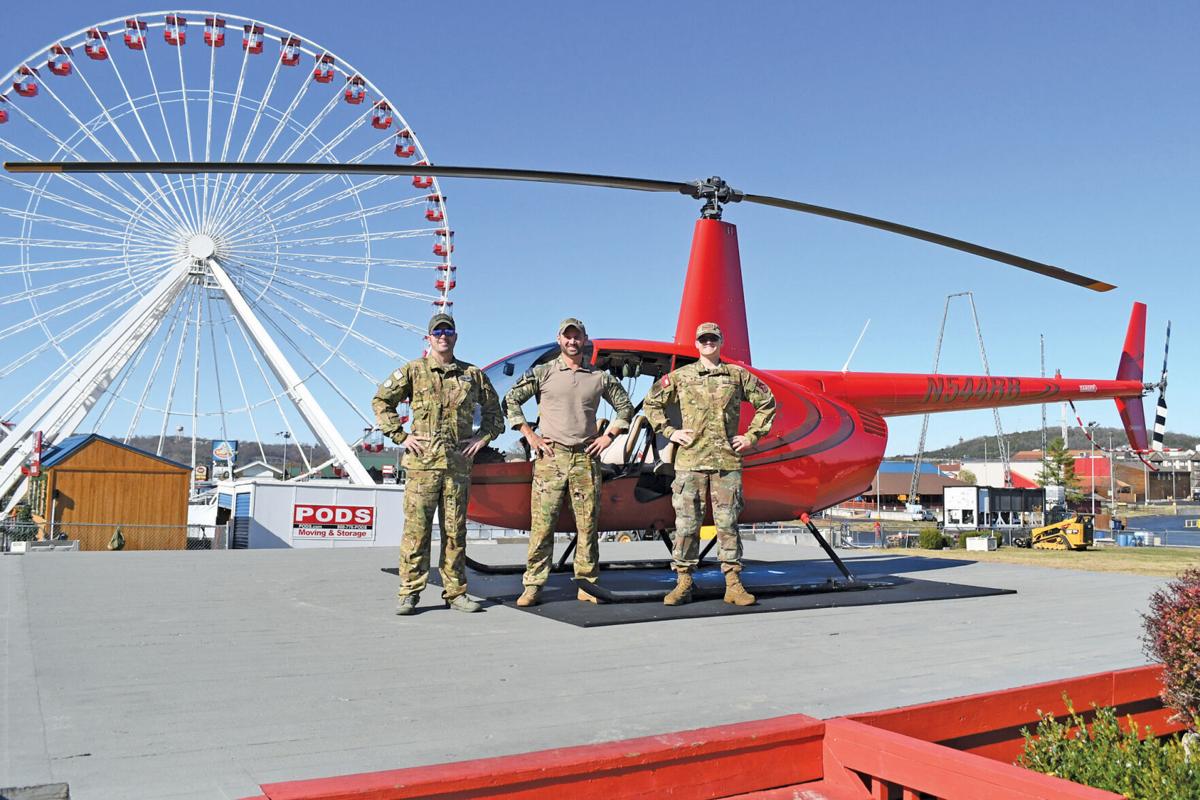 Branson Helicopter Tours flew over the Veterans Day Parade just as it was beginning its march down Branson Landin Blvd.

The 88th Annual Veterans Day Parade on Nov. 11 included an all new addition at the start of the parade, but it could only be seen if you looked up.

“I have three different staff members that are veterans, so we were just taking a look around to see what was available for veterans,” said Smith. “We noticed that they were having a Veterans Day parade, so I got in touch with the director of the parade and asked if there was anyway we could help out or participate in it. I said we could offer a helicopter flyover or come in and land. He said the flyover would be terrific.”

Smith added that once they knew they would do the flyover they figured out the best time to do it.

“We wanted to make it special, so the beginning of the parade started off with the ceremonial playing of “Taps” and we wanted to fly over right at the end of that,” said Smith. “ We also coordinated with the police department as they had a drone up for surveillance for security purposes. So we had their route that they were flying. He was also the same frequency as I was and we also coordinated for the past couple days to make sure it was a safe operation.”

As an Air Force veteran himself, Smith said it meant a lot to him and his other veteran staff members to be able to be a part of the parade this year.

“It’s extremely humbling to be able to participate and bring joy to the people with something we’re so passionate about with aviation,” said Smith. “So to be able to be a part of that and get everybody excited as we flew over seeing everybody waving and happy and elated that just warms your heart and makes you feel proud. We were proud to be warriors in the military and we’re proud to be able to contribute anyway we can as veterans.”

For the flyover, Smith and his co-pilot, Air Force Veteran Kodey Anthony, flew two loops around downtown Branson and even hovered in the air above downtown for a few seconds to wave to the crowd.

“We were about 100 feet up and you could still see each face and each smile and each wave,” Smith said. “We coordinated previously with surrounding traffic in the area. That’s why we always make our radio calls saying, ‘Hey, we’re going to be low level in this vicinity.’ Especially that close to the airport, we always want to make sure that those things are planned out. When you saw me here planning out everything meticulously and then I had my co-pilot keeping his eye out for anything unknown.”

Reporters note: I was honored to have been asked by Smith to join Branson Helicopter Tours in the air for the Veterans Day Parade flyover. It was an amazing experience and I am incredibly grateful to Smith for the invitation. It was my first time in a helicopter, and I was grinning and giddy the entire time. It was a smooth flight from the take-off all the way back to the landing. I can’t thank Smith and his team enough for making me feel welcome and allowing me to participate in this inaugural flyover.