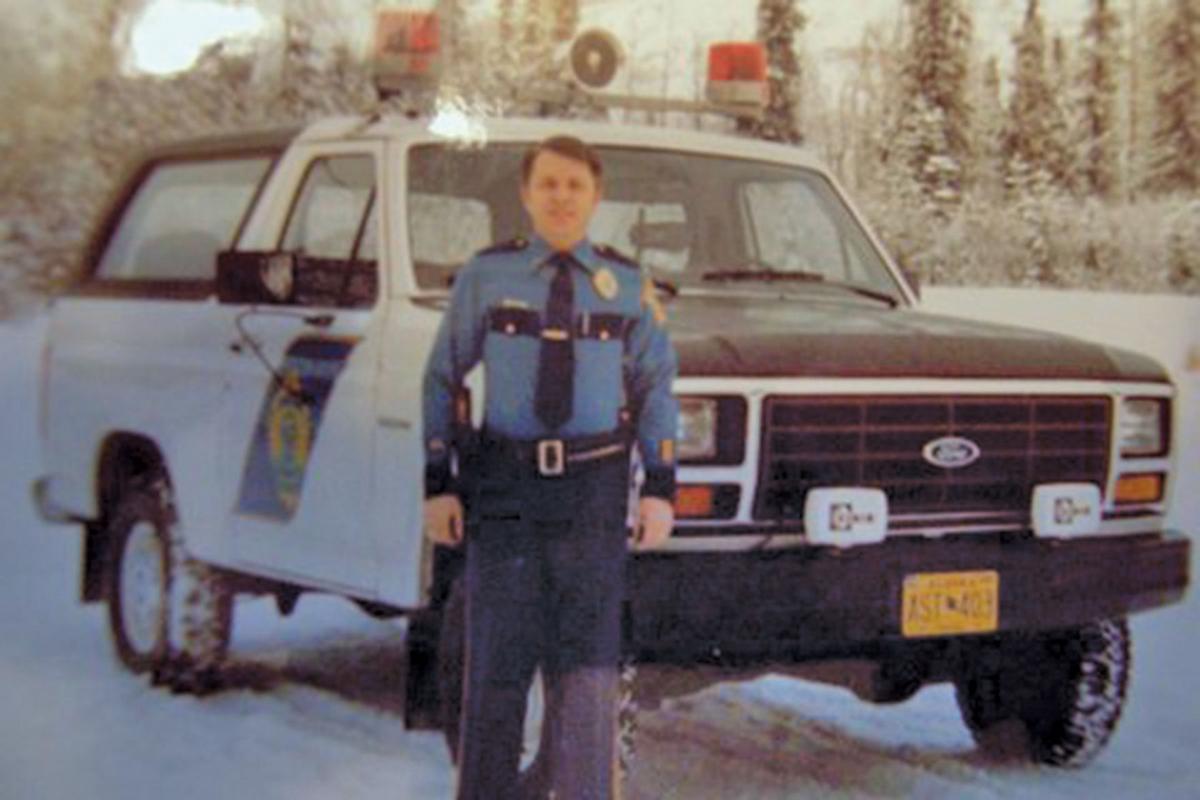 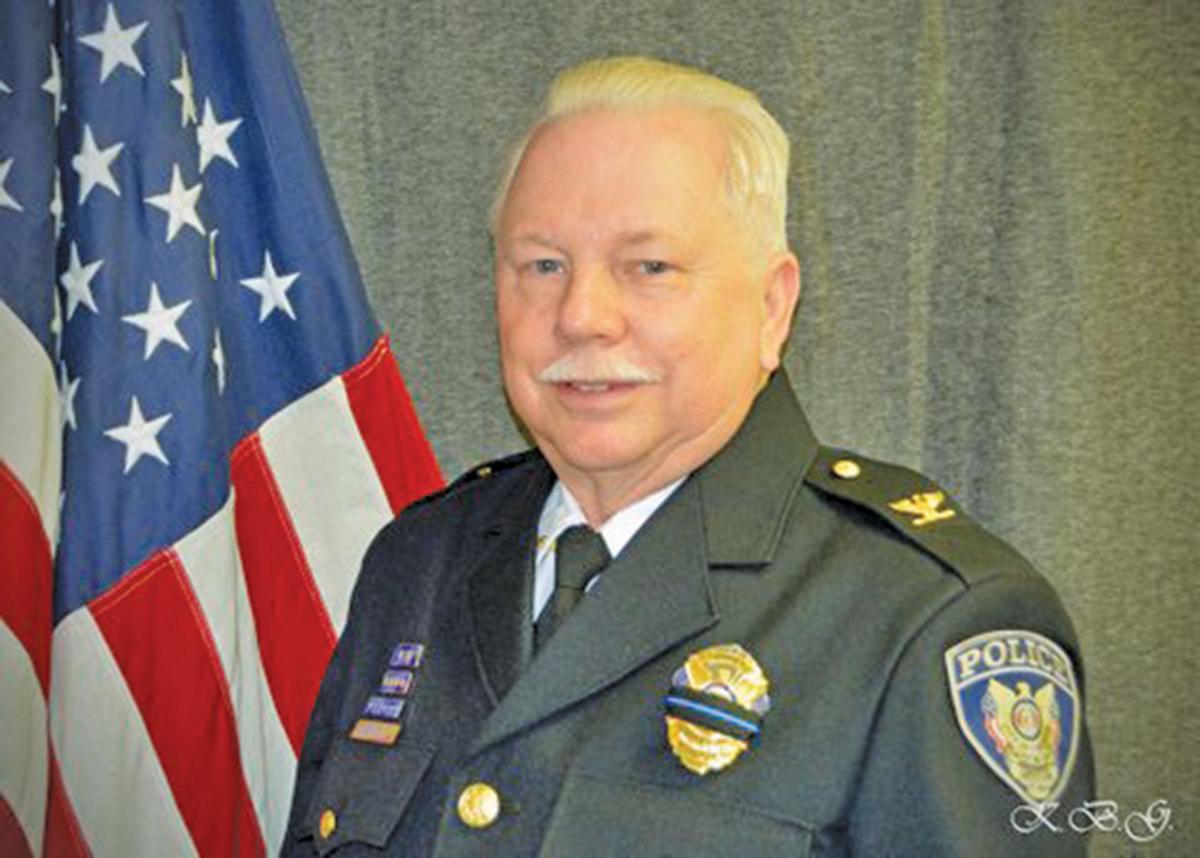 Since announcing his retirement earlier this month, former Forsyth Chief of Police Roger Ellis is now taking the time to reflect on his nearly five decades of service in law enforcement.

In 1966, Ellis graduated Shasta High School in Redding, California and then immediately joined the U.S. Army where he served as an infantry paratrooper with the 82nd Airborne Division during the Vietnam War era and overseas in Korea from 1966 to 1969.

At a pretty young age, Ellis said he knew he wanted to join law enforcement. He even carried around a patrol procedures book in high school that often attracted bullies. Following his time in the Army, Ellis joined the Anderson Police Department as a reserve officer and the Shasta County Sheriff’s Office as a reserve deputy, while in college.

After receiving his Associate of Arts Degree in Administration of Justice from Shasta College, Ellis and his wife Debbie moved to Reno for a short time, before moving to Alaska to be closer to her parents in 1977.

“When we got up there, my wife, with her background, immediately went to work with the Alaska State Troopers as a dispatcher,” said Ellis. “I had my application in with them, but they had a one-year residence requirement before you could apply.”

After only six months of waiting, Ellis said he received a call from the agency and said they were going to wave the residence requirement for him. The next thing he knew, Ellis said he was on his way to the trooper academy on the Island of Sitka.

“After three months they asked me where I wanted to go and I said, ‘Fairbanks,’ because that’s where my wife was dispatching. So they assigned me to Fairbanks,” Ellis said. “I worked there for six months as a recruit with a field training officer … and we stayed in Fairbanks for three years.”

Based on the recommendation of his field training officer, Ellis said he applied to work at an outpost in Cantwell, Alaska. Shortly after he applied, Ellis said he was contacted and informed that the outpost had been newly remodeled. They feared it would get vandalized and wanted someone posted there immediately. So Ellis took the job.

“I loved it. I was in charge of two communities, plus all the rural areas. My primary area was 12,500 square miles. I was the only trooper. I had a fish and wildlife officer for a long time that was … stationed there, and we were partners for many, many, many years.

“What I liked about being in an outpost was, you’re everything. I did my own investigations. All of them,” Ellis said. “It was challenging. I did everything from homicides to serving paperwork. I throughly enjoyed it.”

After serving at the outpost in Cantwell for 18 years, Ellis retired from the Alaska State Troopers in 1998 and they moved to Protem, Missouri.

“The only reason I left was snow. I got so sick and tired of the snow. Five years before I retired the wife found the house that we live in now and said, ‘I found a place where we’re going to move when you retire,’” said Ellis. “Its the most challenging and the most rewarding work I’ve ever done. I loved every bit of it.”

Once in Missouri, Ellis said it didn’t take long for the law enforcement itch to return.

“After about a year of watching the deputies drive by, it wasn’t out of my system at all. I was drooling every time a saw a patrol car. So I went in to the (sheriff) and said, ‘Hey, do you have any reserves?’ I just wanted to ride.”

In order to join the Taney County Sheriff’s Office, Ellis learned that he needed a Missouri certificate. But at 50-years-old and with no interest in going back to the academy, Ellis said he was able to challenge the test and received a Class A Certificate.

I didn’t realize there was a difference between Class A and Class B. When she handed me my certificate in (Jefferson City) she said I could go to work anywhere in Missouri with a Class A,” said Ellis. “I was the first one with a Class A Certificate in Taney County. So I was kind of proud of that.

In 2011, the sheriff’s office experienced a major layoff, and Ellis found himself for the second time retired from law enforcement.

After working for the Branson Airport for a short time, Ellis was invited by former Forsyth Mayor Ron Potter to come work as a detective with the Forsyth Police Department. Within a month of being on the job in Forsyth, Ellis was named assistant police chief. Following the departure of former police chief Jack Gates in 2015, Ellis was appointed to the position.

On Feb. 1, Ellis officially retired as the Forsyth Chief of Police, which he shared is something he had been considering on and off since around 2015. Ellis said the alderman asked for his resignation.

“And I said that I’d gladly give it to them, because I was just tired ... tired of the politics involved, I guess you’d say.”

Upon reflecting solely upon his time with Missouri law enforcement, Ellis said he’s going to miss it all.

“I loved doing investigations. I’m not tooting my horn, but I was good at it because I loved it. I did the best I could to catch whoever did what. My reputation was pretty good … I’m proud of my career,” Ellis said. “In Forsyth, when I made chief at the beginning, I was excited about that. Gee, I reached the highest I was ever going to get in my career.

“After the first year, I realized that I don’t have the time to do the investigations that I want to be doing. That’s the only thing I regret with taking chief was the fact that I couldn’t help the people doing investigations.”

Now that he’s retired from law enforcement for the third and possibly final time, Ellis said he’s going to use his new down time to do some fishing, work on fixing up his old boat and doing some traveling with his wife.

The Forsyth Chamber of Commerce is hosting a retirement party in honor of Ellis on Friday, Feb. 21 at 6:30 p.m. at Fat Daddy’s in Forsyth. The event is open to the public.