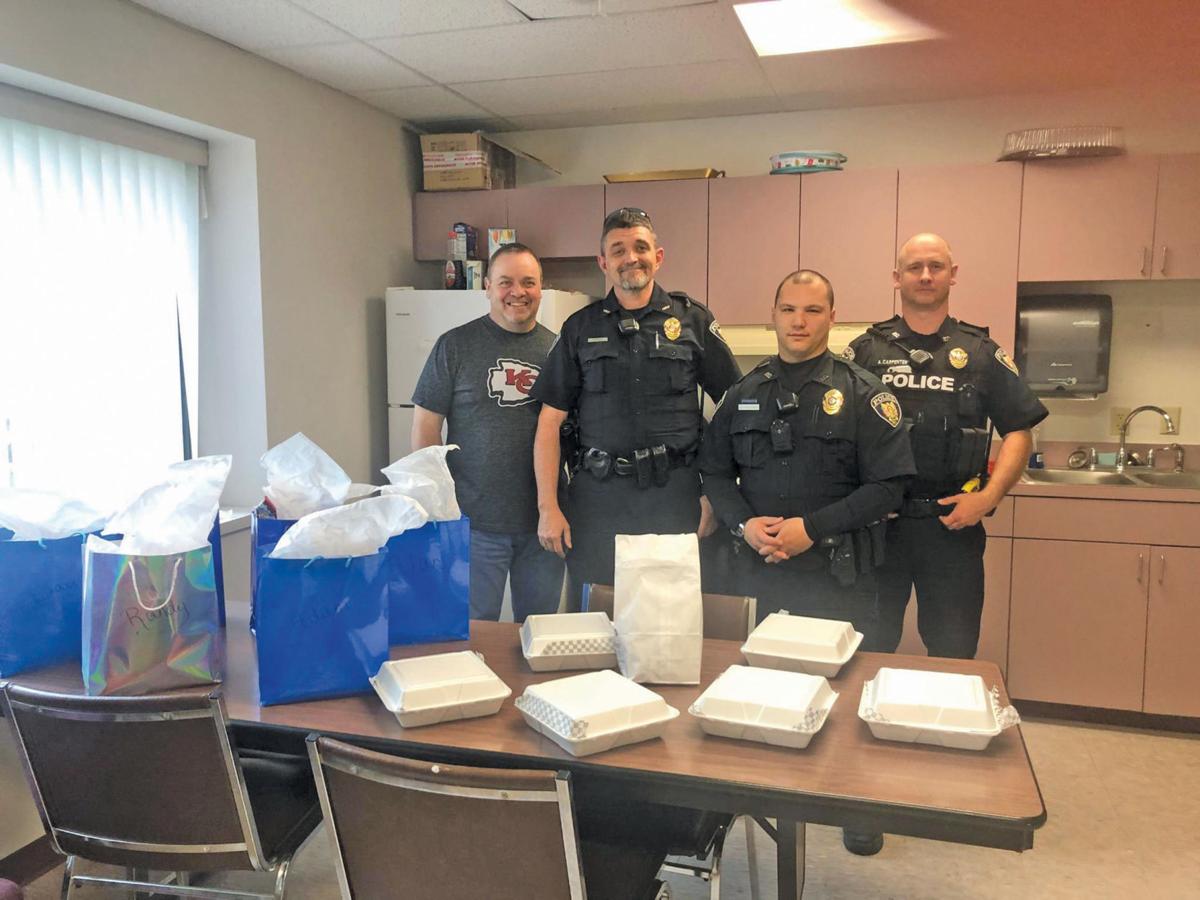 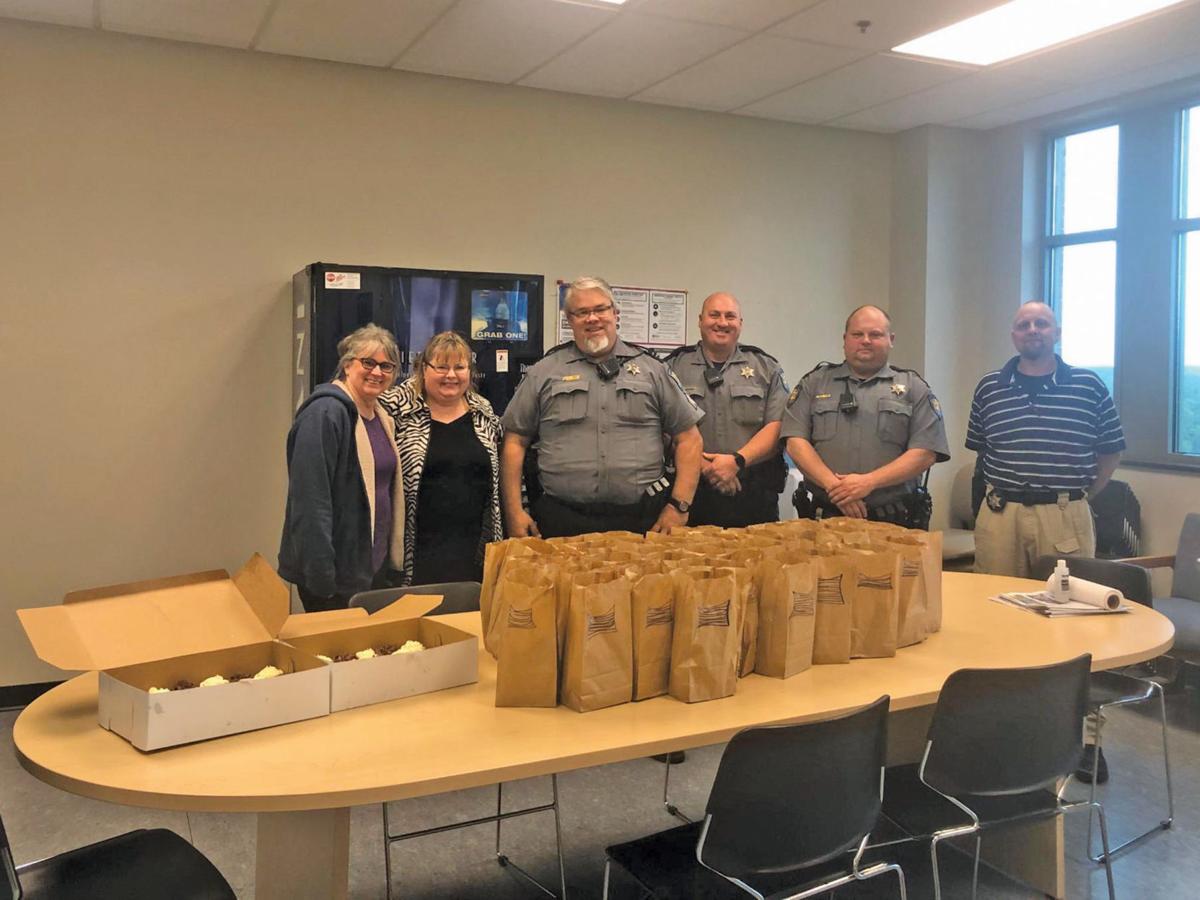 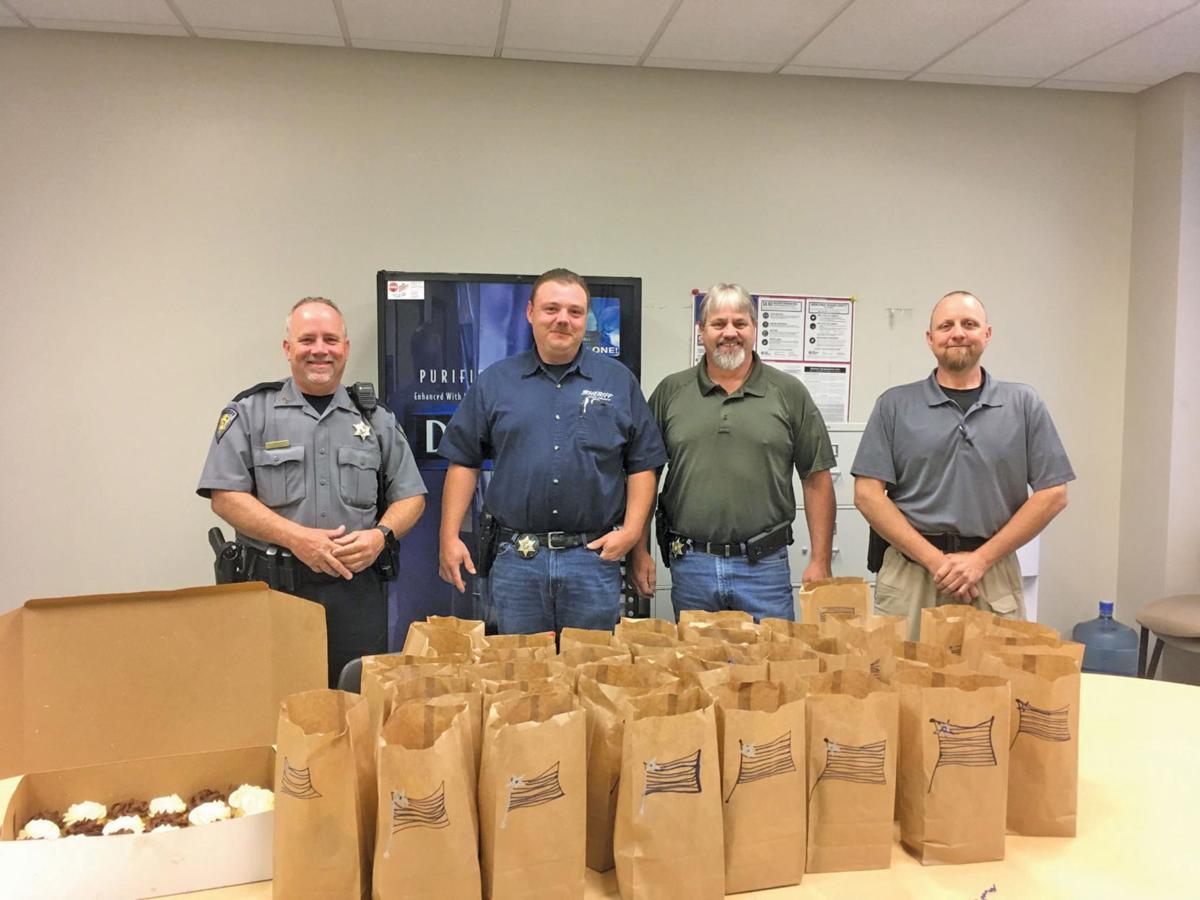 This week, the Forsyth Area Chamber of Commerce showcased their appreciation to local law enforcement in honor of National Police Week.

To celebrate National Police Week, Forsyth Chamber Volunteers Viola Beyer and Bobbi Randall put their heads together to honor members of both the Taney County Sheriff’s Office and the Forsyth Police Department.

Beyer said that thanks to the efforts of Randall, they were able to put together 44 goodie bags to present the sheriff’s office.

“(Randall) ran it, she got donations, she got gift cards, she got stuff to put in a goodie bag and she worked really hard at getting that together,” said Beyer. “We got some cupcakes donated, and then we presented them with their goodie bags (Tuesday) night.”

Beyer explained that, because the Forsyth Police Department only has a total of six officers, they were able to make their goodie bags more personal.

“(Wednesday) night I had put together a bunch of bags, and I got some nice gift cards that places around the area had donated to them. Then I had also asked … what their special things were, like what they liked. I had each one respond to me,” said Beyer. “I went and I shopped, and I got fun things like their favorite candy, their favorite drinks and stuff like that and put it in a bag with each person’s name.”

Throughout this week, Beyer said that she’s also been highlighting the Forsyth officers through various social media posts.

“I got information from the cops about their history and why they’re doing what they’re doing,” said Beyer. “So I have a picture of them and a post talking about them, why they do what they do and encouraging people to just thank them and get to know their local cops.”

On Wednesday, Beyer said they also had Kim’s BBQ Shack in Kirbyville deliver a meal to the Forsyth police station. The Forsyth officers were also treated to cupcakes from Thrive Coffee and Cafe and doughnuts from Hurt’s Donuts.

Beyer explained that she was inspired to honor the law enforcement in Forsyth after seeing similar efforts being done in surrounding communities.

“As far as I’m aware there had never been one done for Forsyth,” said Beyer. “Forsyth is my community. I want my community to know that they’re recognized, and they’re cared about as well. But I wanted to make it personal, so that’s why I dug in deeper and asked them the questions and made them fill out forms, and I was a little pest for a few weeks (laughs).”

In response to their gifts, Beyer said that the deputies were extremely thankful.

“The sheriff’s department was really blessed. They were very thankful. They thanked us for just thinking about them and remembering them during this time,” said Beyer. “Have had some of them that I know personally that have thanked us for what we did and on the post that I shared of just saying, ‘Hey, thank you for remembering us. It means a lot to be remembered.’”

Beyer added that the same goes for the Forsyth officers when they received their gifts.

“They were very thankful and they were like, ‘Wow, we are really so blessed that you did this and that you just thought of us.’ They were as well very, very gracious and very thankful,” said Beyer. “One of the cops actually opened their gift bag and … when he opened his gift card, it was a $50 gift card to Longhorn Steak House and literally the shock on his face, I wish I would have got a picture. He was very surprised.”

Other area businesses who donated to the cause included Oaxaca in Forsyth, TLC, Sonic in Forsyth, Mountain William’s Pizza and Good Shepherd’s Automotive.

“In the midst of this pandemic, I am just honored that people have still pulled together to just honor all these guys and say, ‘Hey, we care, we’re here and we’re with you.’ That has been a huge blessing,” said Beyer. “I couldn’t have done any of this without Bobbi Randall.

“She was a huge impact in all of this and I am thankful and I am so honored to be able to do this and thankful that the Forsyth Chamber is branching out to say, ‘Hey, we care.’”

Beyer said she has already begun plans as to how best to honor the area fire fighters come September during Firefighter Appreciation Month. To learn more about the Forsyth Chamber and their community efforts visit forsythmissouri.org.