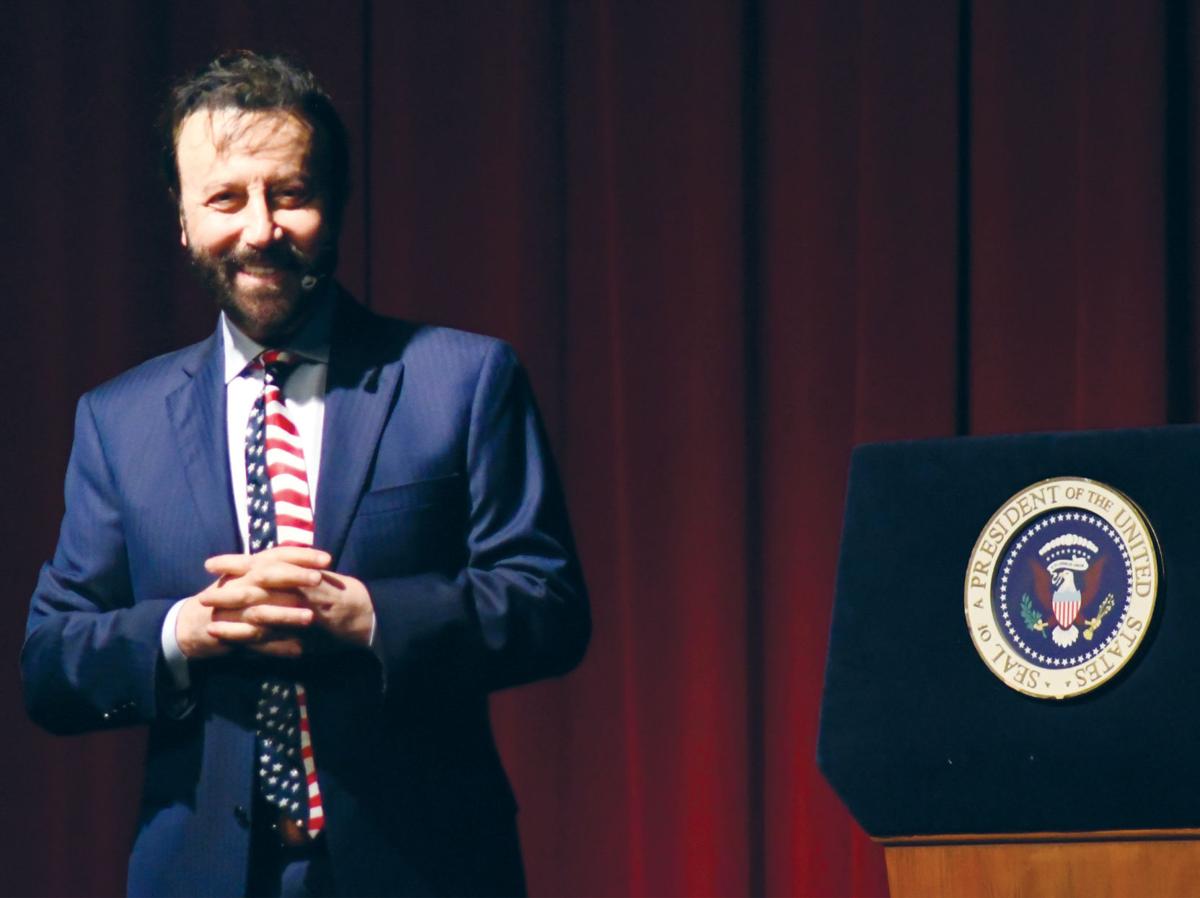 Dr. Yakov Smirnoff is headlining his new show at the Caravelle Theatre. 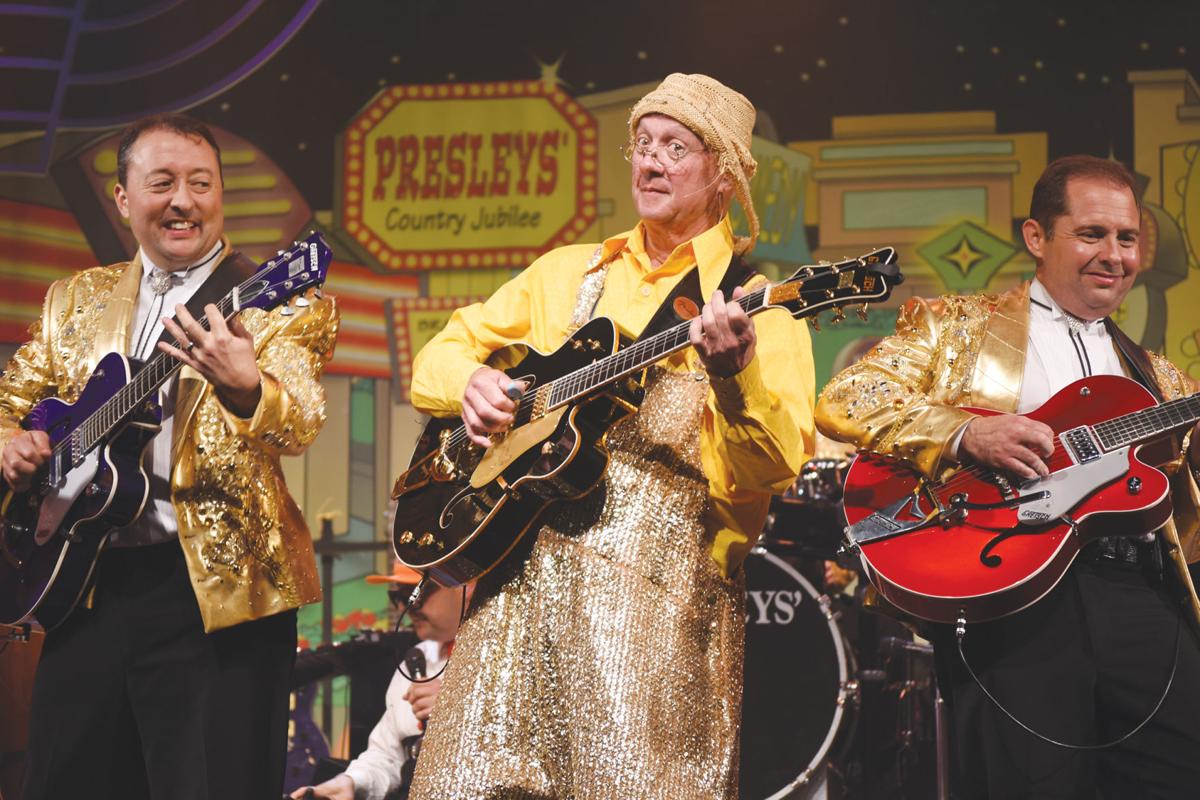 Greg, from left, Gary “Herkimer” and Scott Presley, as well as the rest of the cast of “Presleys’ Country Jubilee” show opens Friday night at the Presleys Theatre. 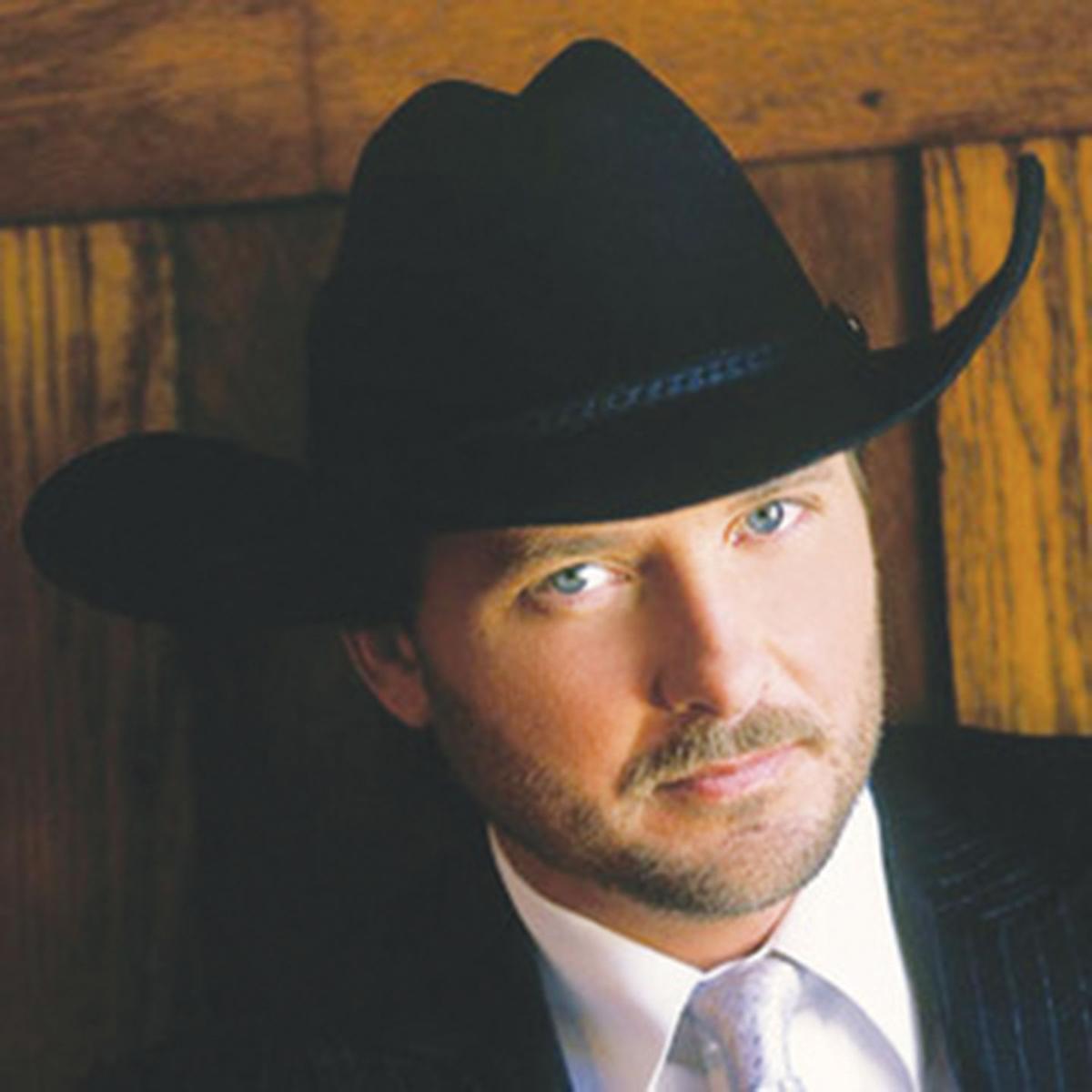 Country hitmaker Jeff Carson is set to perform Thursday and Friday at the Branson Star Theatre.

Dr. Yakov Smirnoff is headlining his new show at the Caravelle Theatre.

Greg, from left, Gary “Herkimer” and Scott Presley, as well as the rest of the cast of “Presleys’ Country Jubilee” show opens Friday night at the Presleys Theatre.

Country hitmaker Jeff Carson is set to perform Thursday and Friday at the Branson Star Theatre.

‘Laughter is the Best Medicine’ with Dr. Yakov

Last week I finally got to see famous Russian comedian Yakov Smirnoff‘s newest show in his new digs at the Caravelle Theatre, and over that time, I’ve been struggling to gather my thoughts and feelings in order to write an editorial that makes sense.

See Loyal Reader(s), Smirnoff has assembled a show that is quite difficult to sum up. While it’s true there is plenty of stand up comedy, skits, bits, relationship advice and a whole lot of love for America, it’s a whole lot more than that.

It’s easy to look at Smirnoff and remember him from his many TV advertisements, in films like “Brewster’s Millions,” and “The Money Pit,” as well as on shows like “Night Court.” But if you dig a little deeper, you’ll see a true American success story about a man who came to a foreign land, not knowing the language, who found himself giving command performances at the White House for several presidents and honored guests a decade later.

Smirnoff has effortlessly weaved a show in which he shares who he truly is as a person. He discusses growing up in communist Russia, the journey of he and his parents to America in the late 1970s, his relationship with the late great President Ronald Reagan, as well as his thoughts on the current state of the world.

Smirnoff makes no bones about his love for America, and his “American heart” shines through whenever he discusses that love.

There’s all that, plus lots of insight on his personal life, including his divorce, his quest for continuing education, attaining his doctorate degree, as well as the many life lessons he’s learned since then. That self-awareness and willingness to get so personal is what really sets this show apart from every show in town, as well as every version of the show Smirnoff has ever performed.

I can honestly say I laughed, I cried, I was challenged to think of things in a different way, and I shared a fantastic, real experience with a room full of strangers.

Now that his new show is up and running, “Dr. Yakov” is again hard at work on a new podcast that celebrates the “American Dream,” and I’m awful excited to listen.

Showtimes for Yakov Smirnoff are 2 p.m. Wednesday through Sunday at the Caravelle Theatre.

Well Loyal Reader(s), Phase 2 of Missouri’s “Show-Me Strong Recovery” is a full go, and many shows and attractions are set to join the dozens already open in Ozark Mountain Country.

In 1995, Carson, who was with Curb Records, released his self-titled debut album, which spawned a huge No. 1 hit in the form of “Not on Your Love,” as well as the Top 10 hits “The Car” and “Holdin’ on to Somethin.’”

According to Carson’s social media, Thursday night will be a “30 minute, acoustic show,” while Friday will be a one hour show featuring Baillie & the Boys.

Featuring a stellar cast from top to bottom, comedy that’s actually funny and a whole lot of great music, the “Presleys” are always among the best of the best, and I can’t wait to see this year’s production.

Also set for Friday night is the post-pandemic return of “Amazing Acrobats of Shanghai” at the Mickey Gilley Grand Shanghai Theatre.

As of press time, the only details I have are it will be their “biggest show ever.”

Saturday sees the “entertainment experience” known as the Showboat Branson Belle return to the waters of Table Rock Lake.

This two-and-a-half-hour dining and show experience includes a cruise on Table Rock, a three course meal, and a fun variety show featuring some of the biggest hits of all time, as well as a fantastic tribute to movie songs.

“Ozarks Gospel,” starring Tammy and Tonya Bilyeu, a.k.a. “The Stutterettes,” and Tim “Droopy Drawers Jr.” Mabe, gives you everything you’d expect from a show with that name. With favorites like “I’ll Fly Away” and “Turn Your Radio On,” the “Ozarks Gospel” show is the “perfect thing” to do after Sunday lunch.

Still to come later this month are “Legends in Concert” June 25 at Dick Clark’s American Bandstand Theater, featuring tributes to the Blues Brothers, Michael Jackson and Taylor Swift, as well as tributes to two different eras of Elvis Presley.

June 26 sees is the return of illusionist Rick Thomas and his “Mansion of Dreams” show at the Andy Williams Performing Arts Center & Theatre.

Also set for a July 1 return is the Branson Imax Entertainment Complex, as well as many shows at the Little Opry Theatre. The Imax complex opening gets rolling that morning at the Elite Theatre venue with Tim Hadler starring in his “Hank Williams Revisited Show” at 9:30 a.m.

The noon slot sees Garrett return with “The Glen Campbell Songbook,” which sees him tell the story of Campbell by using his greatest hits and hidden gems.

Garrett’s slate of shows fully open with his “George Strait Country” show at 5 p.m. inside the Little Opry Theatre July 2.

One of my favorite entertainers ever, 2013 Ultimate Elvis Champion Dean Z will host a one night only show called “Dean Z|Elvis Unplugged” at 8 p.m. Friday, July 10.

If you haven’t seen Z, one of the best entertainers working anywhere in the world, do his thing on a stage, do yourself a favor and go see this show.

Another personal favorite, “Down Home Country,” is slated to return to Grand Country Sept. 9.

October 9 will find “Knock Three Times” and “Tie a Yellow Ribbon ‘Round the Old Oak Tree” hitmaker Tony Orlando performing at the Mansion.

It’s always a big deal when “Tony O” does a Branson date, and I’m sure this one will be no different.

The “Country’s Family Reunion” show will kick off Oct. 11 with the lineup of artists “to be announced soon.” The fantastic Bellamy Brothers are back Oct. 16, followed by the equally awesome Gene Watson Oct. 23 and Nov. 7.

More local favorites in the form of The Gatlin Brothers are back Oct. 24, and “Praisefest Branson Fall Retreat” featuring the Hoppers, the Isaacs, Greater Vision, Mark Lowry, Jim Cymbala, the Ball Brothers, the Perrys, Joseph Habedank, the Whisnants, Brian Free & Assurance, the Erwins, and the Nelons Oct. 26 through 28.

“The Gatlins: Country & Christmas” wraps the Mansion slate as it stands now Nov. 20. According to their website, another concert will be announced soon.

In addition to all that, Silver Dollar City, White Water, the Ruby Room, “Noah” and a whole lot more coolness also opened last week. Plus, do yourself a favor and check out the lineup at the Choices Concert Hall. The What Four Band and Melody Hart and her family perform there once a week, and Saturday night, Kari Garrison and Travis Scott will perform some of the best tunes you’ve heard at 10:30 p.m.