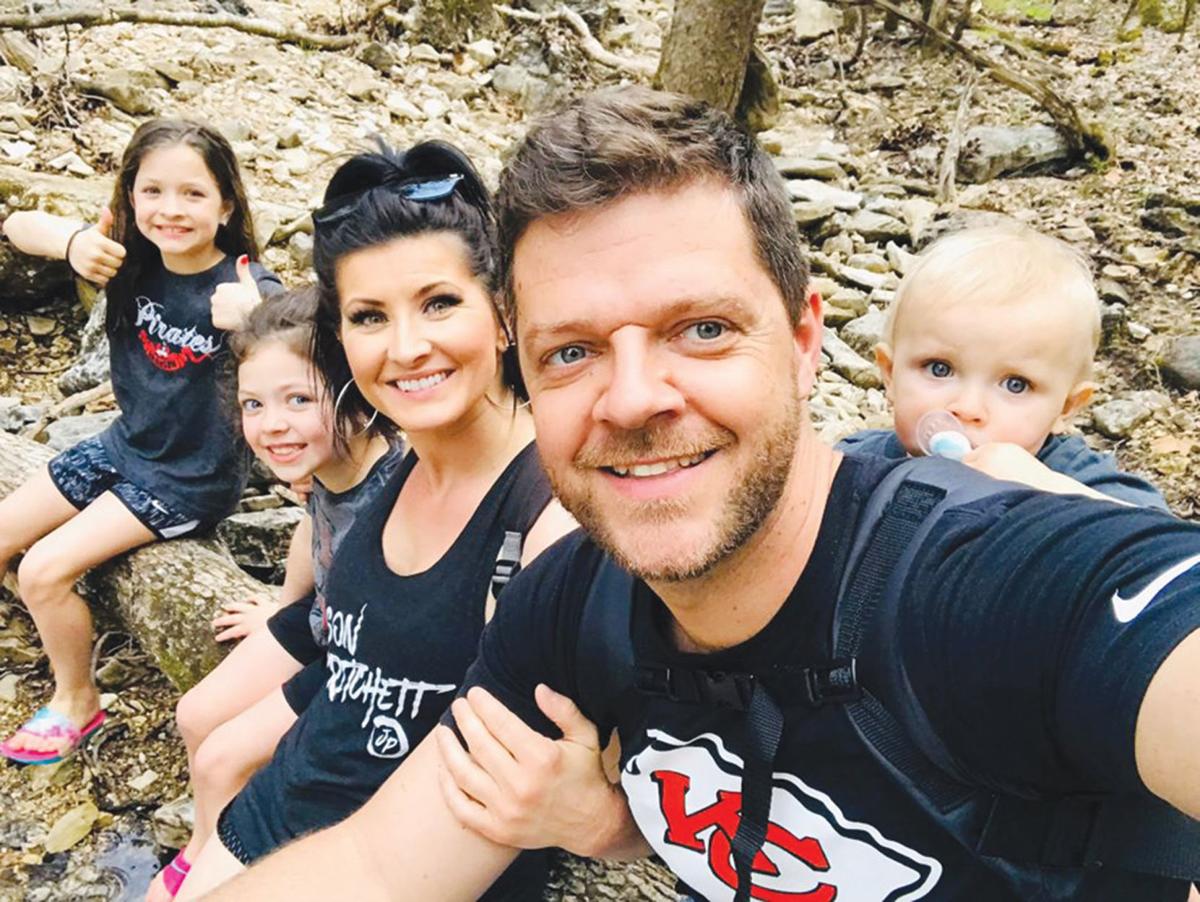 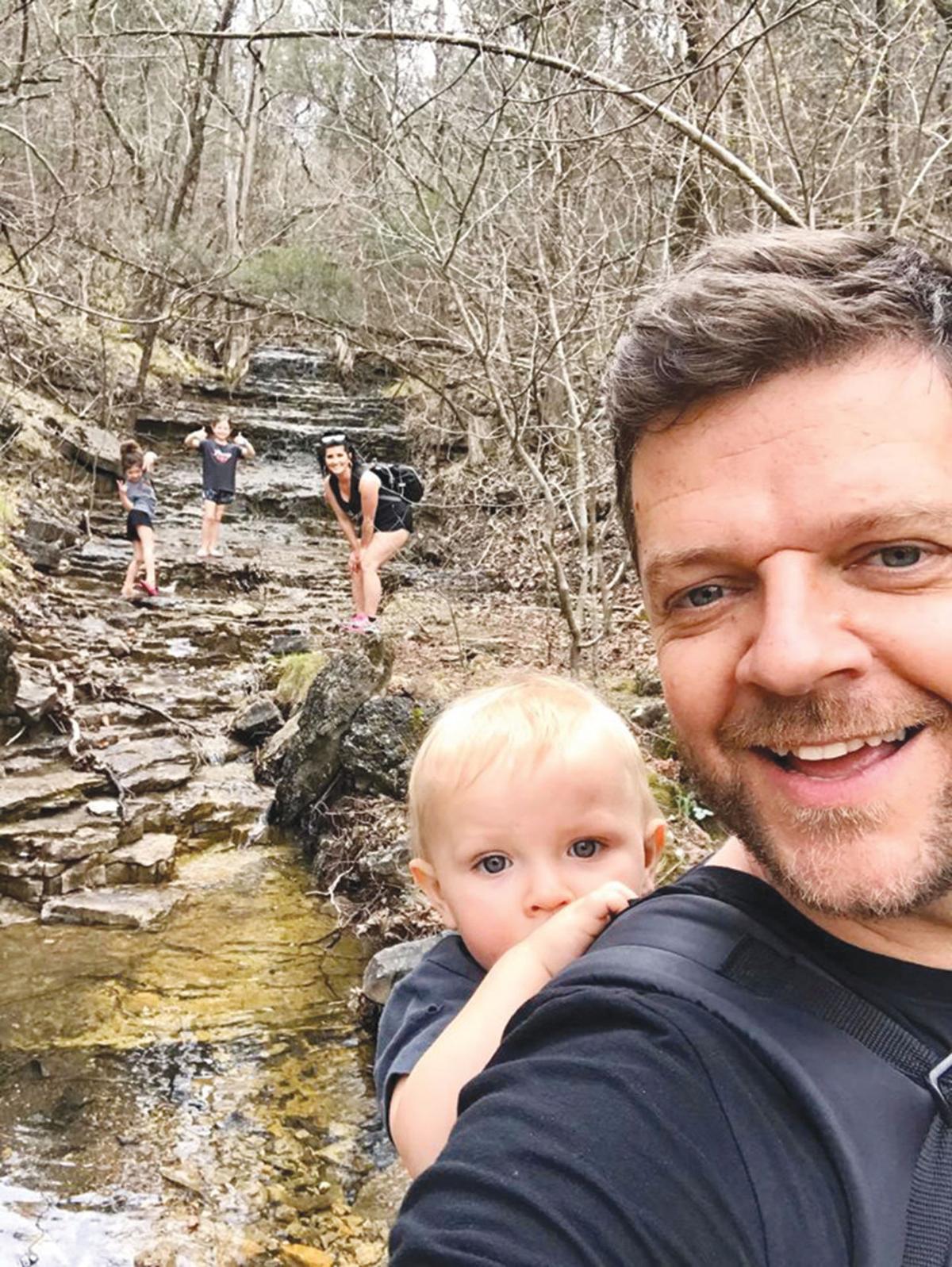 Entertainment Editor’s note: With the tourism industry here in Branson facing the same crises as the rest of the world, there aren’t any shows, attractions, restaurants or other tourism-based things for your ol’ Entertainment Editor to go out and experience, then write about to share with my Loyal Reader(s).

So I thought it might be fun to see just how some of our favorite entertainers are spending their “spring quarantines.” I will do my best to have one of these stories in every issue of the Branson Tri-Lakes News until this whole thing runs its course.

Also, if any of my Loyal Reader(s) have any ideas or suggestions for entertainers, business owners or personalities you’d like to see profiled, drop me a line at jclark@bransontrilakesnews.com.

Local entertainers Jason and Desta Pritchett have been a part of the Branson entertainment scene for more than a decade.

Jason rode PRCA ranked bulls for several years until he discovered his passion of “real” country music. He soon made his way to Branson, where he performed up and down 76 Country Boulevard.

Eventually, he earned an appearance on “America’s Got Talent,” where he finished in the Top 5 as part of season two. Following his national TV success, he continued performing all over the country, as well as a part of several Branson shows.

Several years back, he joined forces with entertainer Billy Dean, and within a few short weeks of release his first single working alongside Dean, “Good Show,” climbed in the Top 20 of the Music Row Breakout Charts, hitting No. 16.

Over the past few years, he’s had several tunes hit the Music Row Country Breakout Charts, leading to many touring dates during that time. He also works as a member of Dolly Parton’s Stampede Dinner Attraction cast.

His wife Desta has been a part of the “Shoji Tabuchi Show,” “Pierce Arrow,” “The Blackwoods,” as well as “Legends in Concert.” The couple also has three children, Paisley, 9, Kynlee, 6, and Tucker, 17 months.

Like everyone else in Ozark Mountain Country, their family has also been affected by the recent COVID-19 pandemic.

“I only had to cancel one show, which was set for the first of May, but I still have some gigs booked for the summer in the beginning of May, first of June,” Pritchett said. “But as far as the spring goes, I was just supposed to be working at (Dolly Parton’s) Stampede, but like everywhere else, they ended up closing.”

As more businesses began closing and the reach of the COVID-19 pandemic began to hit the area, Pritchett began searching for something to keep him busy, as well as help provide for his family.

“I decided to change gears completely and re-start my lawn care business, J.P.’s Lawncare & Landscaping,” he said. “I had a lawn care service for about 13 years, but I sold it about five years ago when I started working with Billy Dean. I just thought I needed to concentrate all of my time on music with Billy.

“Once this whole quarantine thing started, I could see the writing on the wall and decided to go back to it.”

Having had past experience, Pritchett  said he knew the spring was the perfect time to pick up new accounts, and decided to get to work as soon as possible.

“I have a talent for it, and the knowledge and know-how,” he said. “You know, virus or no virus, the grass is still going to grow.”

Of course, Pritchett said he is abiding by the guidelines set by the Center for Disease Control, CDC, as well as all city and state ordinances.

“My crew is way smaller that 10 because usually, it’s just me (laughs),” he said. “Sometimes my wife and kids go along, just to get out of the house. They’ll sit on the curb, or sit in the truck, or they’ll bring their bikes and ride around while I’m cutting grass.”

Speaking of the family, Pritchett credits much of the family getting through the current pandemic to his wife.

According to Pritchett, they’re trying to maintain some sense of normalcy, as well as show caution for exactly what they share with the children.

“The kids love being home with us, and obviously, we don’t talk too much about heavy stuff around them because they absorb everything they hear, and to me, this is something they shouldn’t have to worry about, or to have a burden like this on their shoulders,” he said. “They know about quarantine and people are getting sick, but not the overall extent of everything.

Pritchett also said while many folks adhere to the “I wish these kids could hurry up and go back at school” opinion, not so with the Pritchetts.

“For us, we love family time, we truly do,” he said. “We aren’t one of those parents who are ready for Christmas break to be over so we can send the kids back to school. We love having them around us all the time, which honestly, helps out when we’re doing shows on the road.

“We’re not exactly following a ‘school curriculum,’ but we do get reading and math and arts and crafts in, things like that. Plus, we’re also getting them outdoors for some unique field trips on hikes and things like that.

“Again, my wife is awesome in that rearguard.”

When asked what some “essential lock-down food” is in the Pritchett home, he paused for a few seconds.

“Chips and queso,” he said. “And I’m okay with the pre-made stuff, it really doesn’t bother me, as long as I have some chips and queso.”

Fittingly, he said the thing they’re most looking forward to doing most after things “get back to normal” is “going to get Mexican food.”

Jason and Desta are also performing music during regular FacebookLive sessions at facebook.com/jasonpritchettmusic.