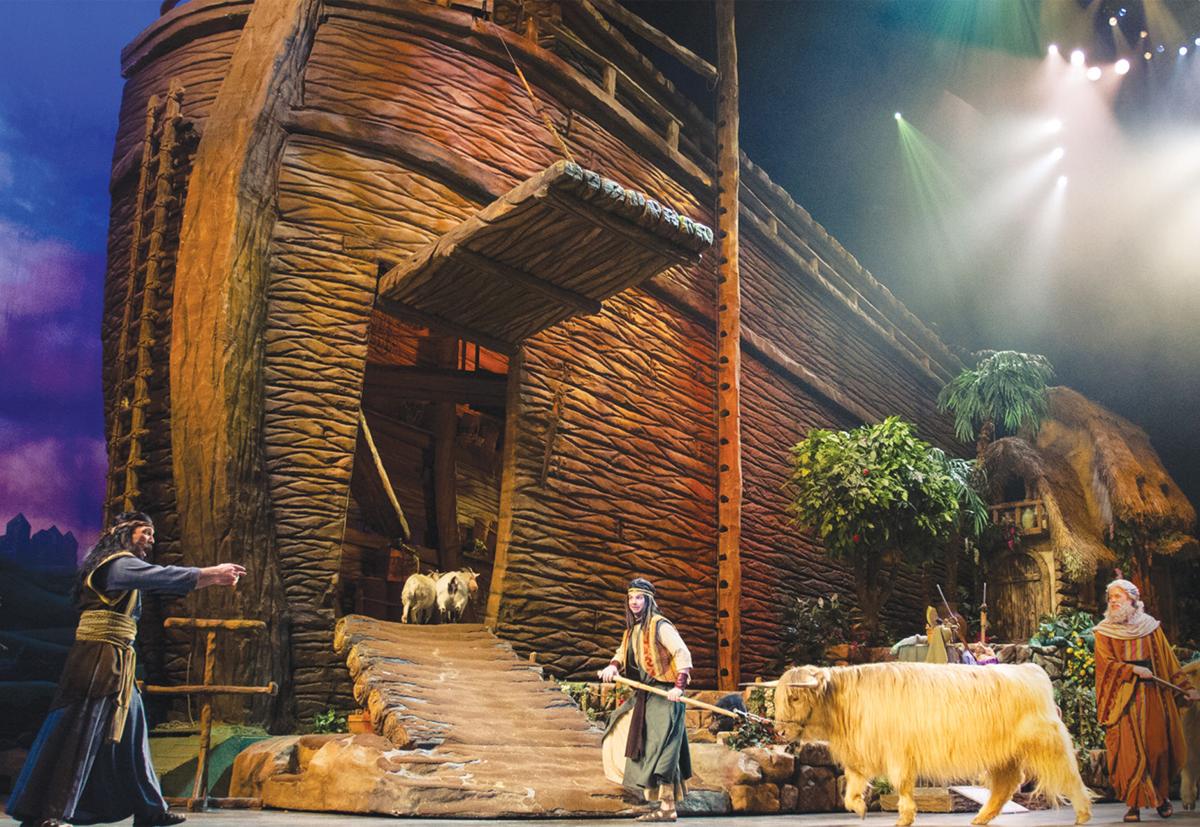 “Noah” will return to the Sight & Sound Theatre in Branson for the first time since 2011 beginning Saturday afternoon. 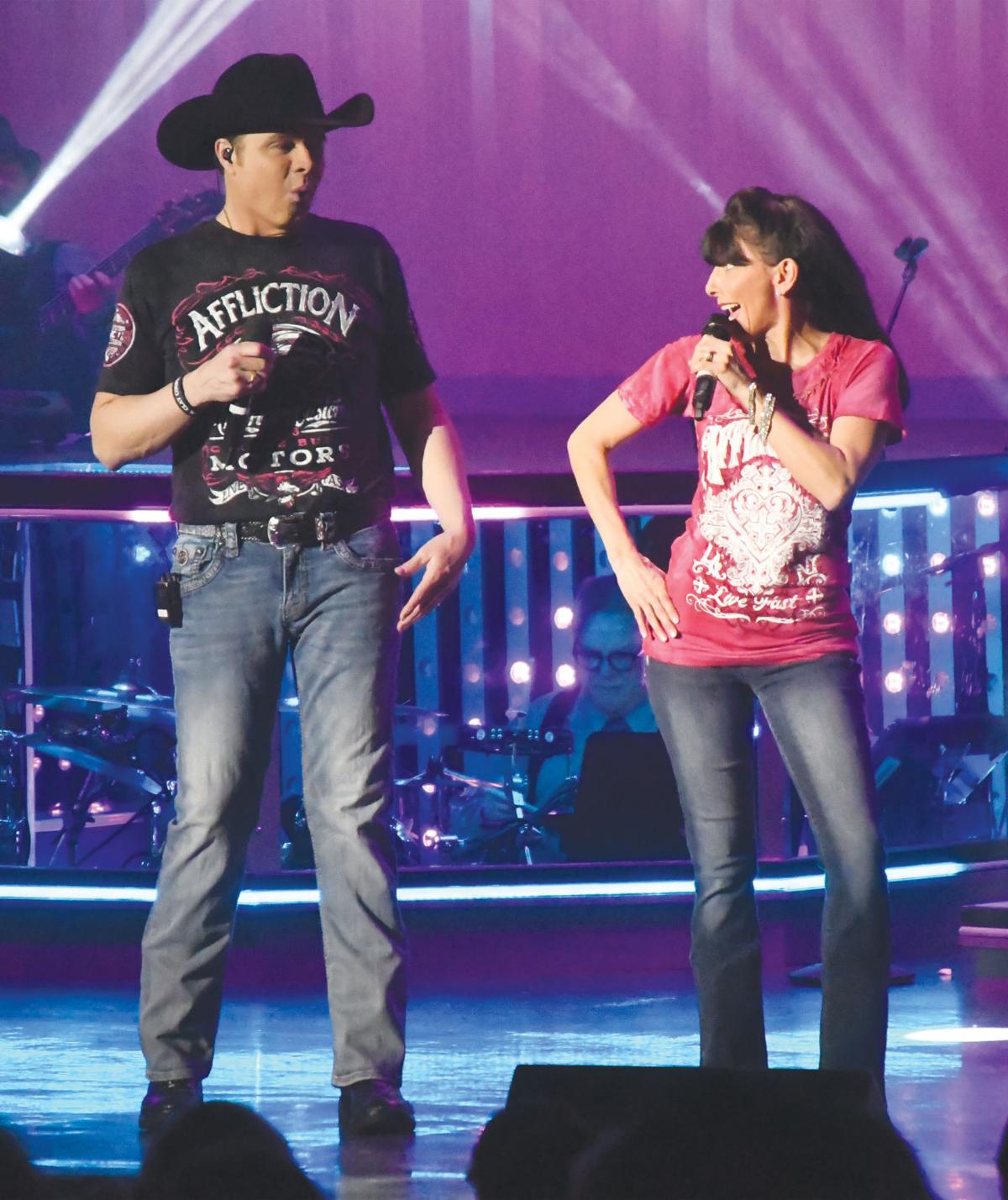 Clay, left, and Tina Cooper, as well as the rest of the cast, return to the stage Friday night for the opening of “Clay Cooper’s Country Express” at the Clay Cooper Theatre. 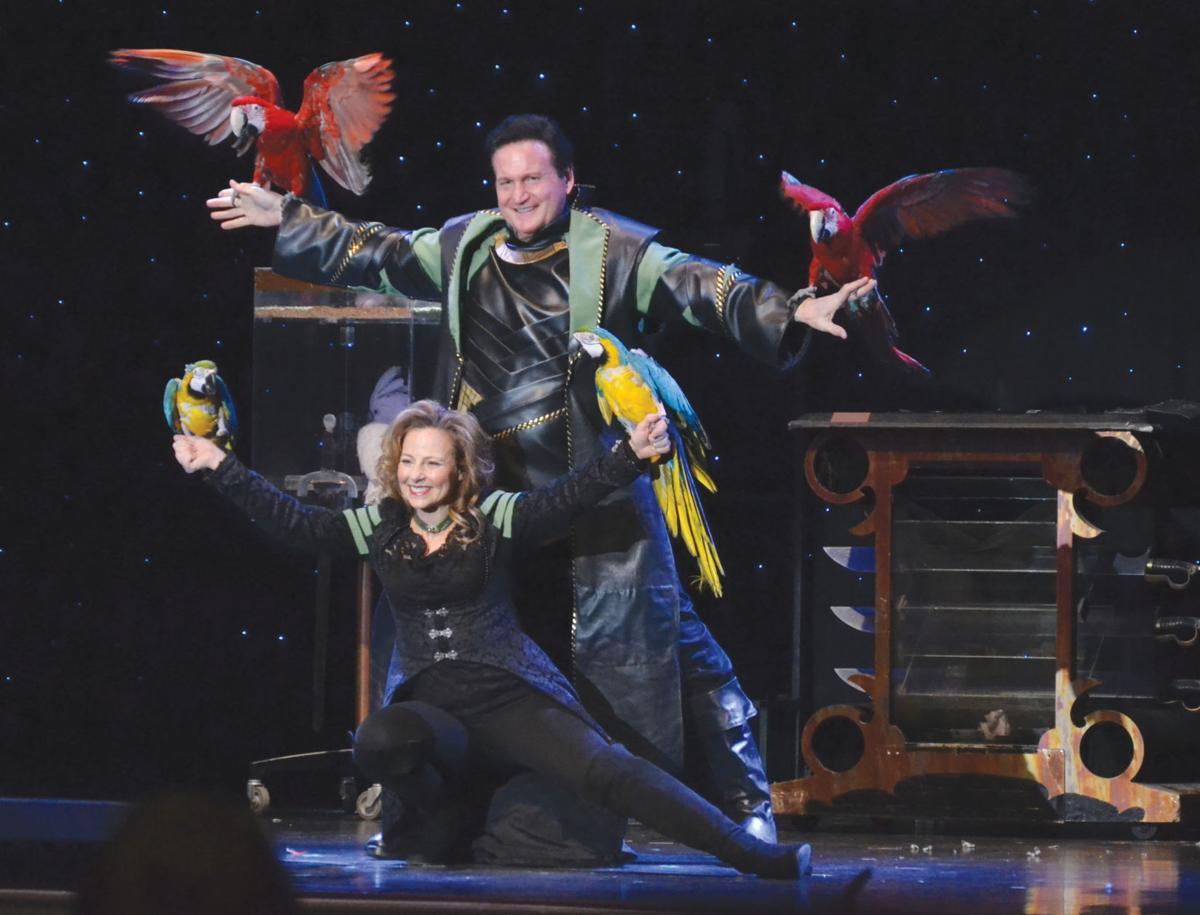 “Noah” will return to the Sight & Sound Theatre in Branson for the first time since 2011 beginning Saturday afternoon.

Clay, left, and Tina Cooper, as well as the rest of the cast, return to the stage Friday night for the opening of “Clay Cooper’s Country Express” at the Clay Cooper Theatre.

Spring is finally here, and in Ozark Mountain Country, that means more than a dozen shows are set to join a list of Branson favorites already open for the season.

Things get kicked off Thursday night at the Hamner Variety Theatre with the opening of “Hamner Unbelievable Variety Show” at 8 p.m.

A show that features something for just about everyone, “Hamners Unbelievable Variety Show” stars illusionists Dave and Denise Hamner, as well as powerhouse vocalist Tamra Tinoco, the super cool male vocalist and impersonator Jeff Brandt, the high-flying aerials of Mariya Serykh, the jaw-dropping coolness of Anthony Soumiatin and his Cyr wheel, longtime local favorite and “America’s Got Talent” standout Johnny Lonestar, and of course, one of my favorite folks in Branson “Downtown” Ken Brown and his fleet feet.

Friday will see a trio of Branson favorites open, beginning at 7:30 p.m. with “Clay Cooper’s Country Express” at the Clay Cooper Theatre.” The show again stars Clay Cooper, a Branson mainstay for more than 30 years, his wife Tina, their sons Caden and Colt, comedian Matt Gumm, vocalist Kari Garrison, the 3rd Power trio of Jordan Dickinson, David Griffin and the newest member Kaylee Rigging, plus, nearly a dozen dancers and a seven-piece band led by the ridiculously talented and devilishly handsome R.P. Harrell.

As far as what to expect on stage, this year’s production will feature a new set, state-of-the-art lighting and sound, and a slate of tunes spanning everything from country to gospel, from patriotic to rock ‘n’ roll, and just about everything between.

The King’s Castle Theatre gets into the action with the opening of “Broadway’s Greatest Hits.”

This show features highlights of the greatest Broadway musicals of the last 50 years in one evening, featuring hits from shows including “42nd Street,” “Phantom of the Opera,” “Les Miserables,” Cats,” “Chicago,” “Oklahoma,” My Fair Lady,” “A Chorus Line,” “Wicked,” “Hairspray.” “Mamma Mia!” and more.

The Mabe brothers, Lyle, Bob, Bill and Jim, originally started the show, the first ever in Branson, back in 1959. Today, third-generation family member Brandon Mabe headlines the show along with his wife Megan, comedian Jerl “Hargus Marcel” Adams, several new cast members, as well as one of the best bands in town.

This year’s show promises something completely new, and I’m awful excited to check it out.

Saturday “The Magic and Comedy of Taylor Reed” returning to the Dutton Family Theatre.

Reed, an award-winning illusionist, has been performing since he was a small child, and has been a fixture in Branson for more than a decade. Reed uses “stunning illusions, colorful sets, original story lines, and high-energy entertainment” to keep crowds thrilled and coming back.

Saturday also finds the return of Sight & Sound Theatre’s “first Biblical epic production,” “Noah,” which is returning to Ozark Mountain Country for the first time since 2011.

The book of Genesis provided producers with the foundation of the story, but for a two-plus hour show, there was a need to be creative.

Seeing that Ark on stage, along with all the animals and cast, is most assuredly one of the most impressive things you’ll see on any stage in the world.

Sunday afternoon sees “Todd Oliver and Friends” return to his home at the Shepherd of the Hills Historic Homestead & Adventure Park’s Playhouse Theatre.

The show stars Oliver, a renowned ventriloquist and comedian who has been featured on “The Late Show with David Letterman,” “The Late Late Show with Craig Ferguson,” “The Today Show,” and even “America’s Got Talent,” where he snagged a Top 4 finish, being eliminated in the semifinals of Season 7.

Locally, Oliver spent many years performing aboard the Showboat Branson Belle. Oliver is joined on stage by his famous canine Irving, as well as other popular characters including Joey, Pops, and the great Miss Lilly. In addition to ventriloquism fun, Oliver also sings, play a little piano, and even does some magic tricks.

Sunday night, one of Branson’s longest-running favorites, “Dublin’s Irish Tenors and the Celtic Ladies,” opens at the King’s Castle Theatre at 8 p.m.

Next week will see “New Jersey Night” and Leroy New again headlining “A Tribute to Marty Robbins and Classic Country Stars” debut, along with several other shows.

Branson Con this weekend at the Welk Resort Theatre

The 2nd Annual Branson Con kicks off Friday at the Welk Resort in Branson, and I’m awful excited about it. This event is a comic book, science fiction, fantasy, live action role playing (LARP), gaming and cosplay convention featuring many special guests.

“The Mighty Hercules” himself, actor and author Kevin Sorbo, is set to headline this year’s con. Last week, organizers announced retired professional boxer, kickboxer, mixed martial artist and professional wrestler Eric “Butterbean” Esch will also be a guest. In addition to being featured in “Jackass The Movie,” as well as performing at Wrestlemania XV, Esch also appeared on one of my favorite animated shows, “Squidbillies.”

Other guests slated to appear include Tracy Lynn Cruz, Selwyn Ward, Melody Perkins and Blake Foster, who are all best known for their respective roles in the “Power Rangers” franchise.

Branson Con is also welcoming illusionist Josh Farley, Forged in Foam Master Cosplay Bruce Holt, and many more guests, as well as social media personalities Tim Church and Josh Grisham, the Nerd Informants, who will also act as emcees for the 2019 Branson Con Cosplay Competition, which is organized by Professional Cosplayer Jen Greeley.

College of the Ozarks’ students to present ‘Pirates of Penzance’

The College of the Ozarks theatre and music students will perform “The Pirates of Penzance” at 7:30 p.m. Friday, Saturday and Monday, as well as 2:30 p.m. Sunday.

All performances will take place in the Jones Auditorium on the campus of College of the Ozarks.

Set on the rocky coast of Cornwall, England, “The Pirates of Penzance” tells the story of a young pirate apprentice named Frederic who has come to the end of his indentured period.

He decides to strike off on his own and become an upstanding citizen – which may even mean bringing the pirates to justice.

This turns out to be a difficult task, especially when Frederic’s freedom is called into question.

“The Pirates of Penzance” is one of the most popular shows out there, and features comedy featuring sentimental pirates, clumsy policemen, young lovers, and an eccentric major general.