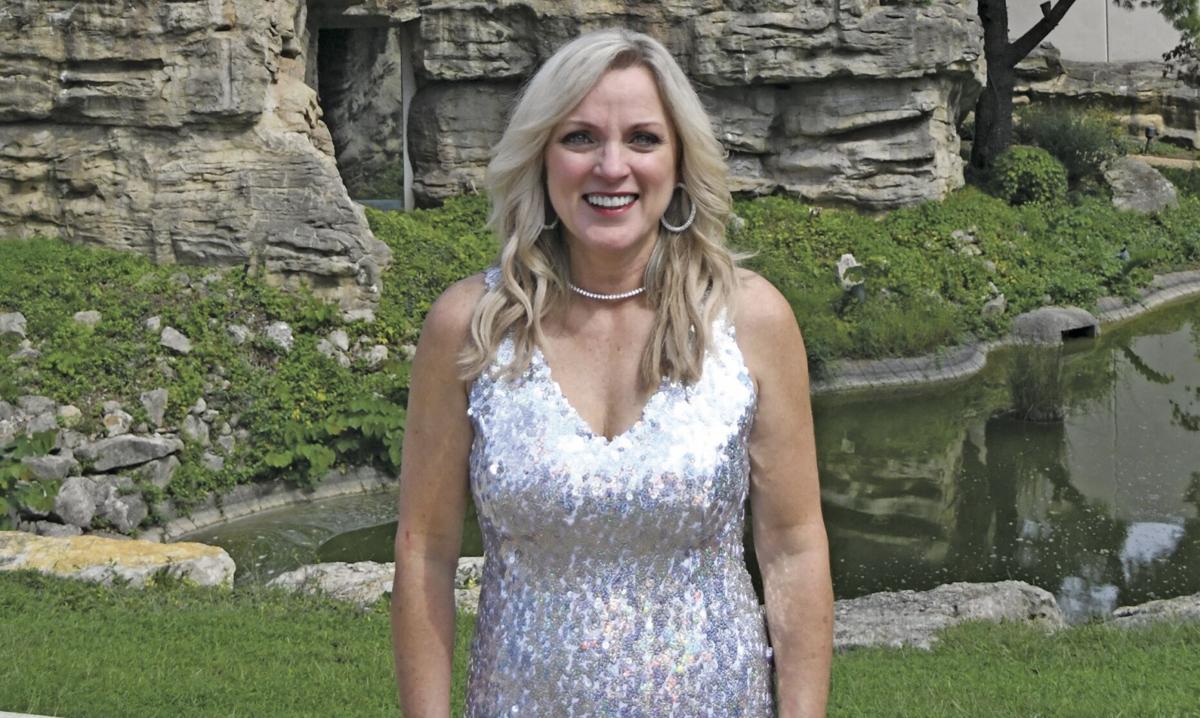 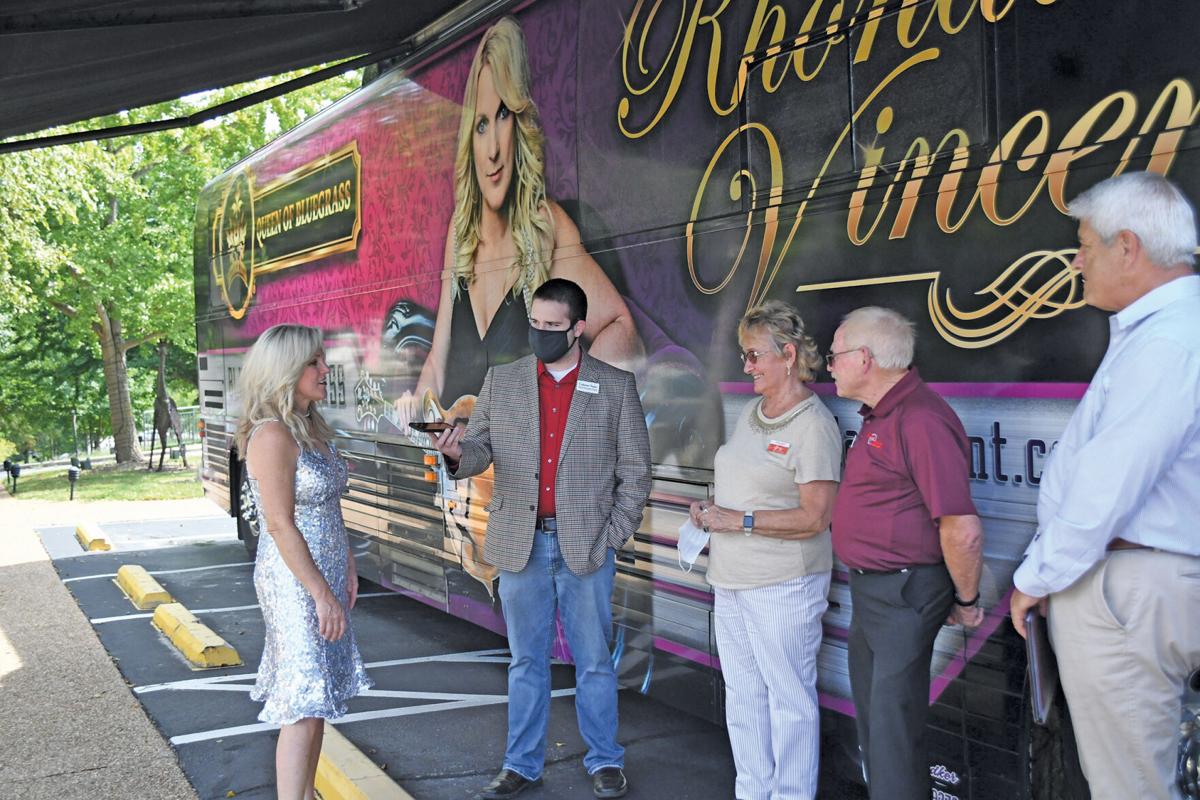 Rhonda Vincent visiting with members of the Branson community during her press conference at the Andy Williams Performing Arts Center on Sept. 15. 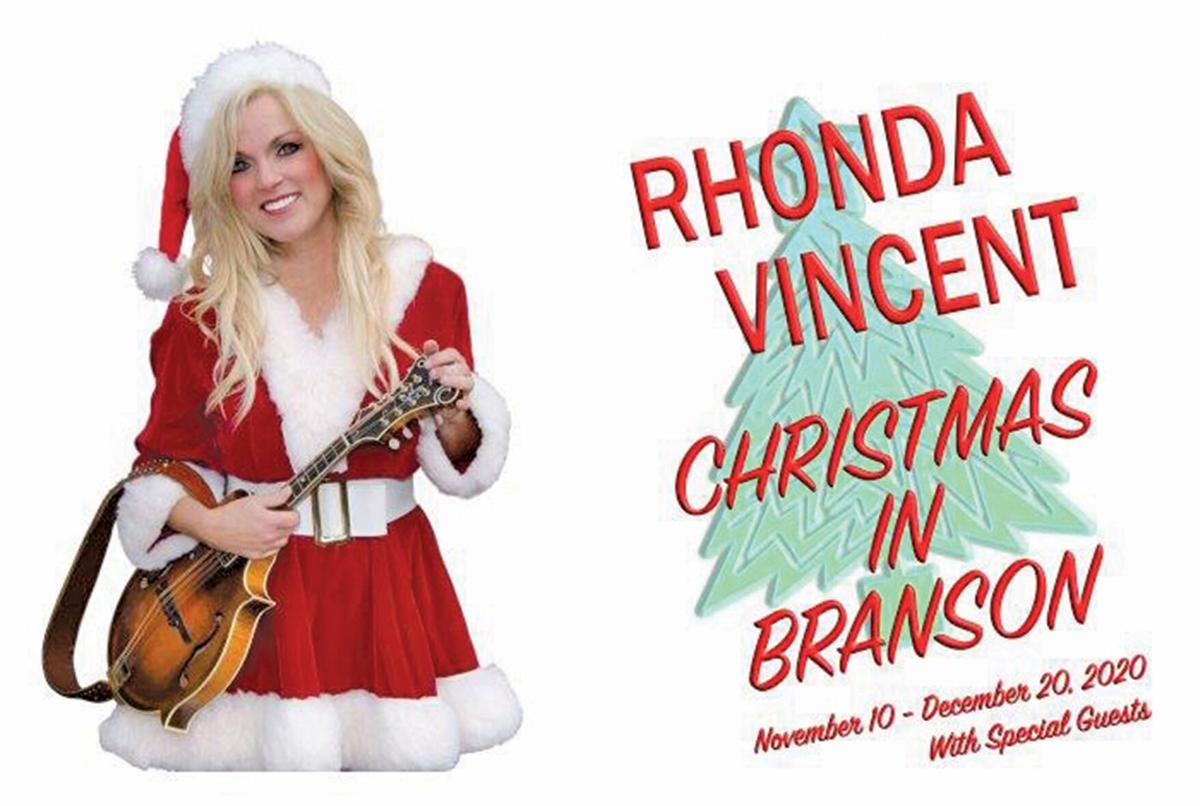 Rhonda Vincent will perform a total of 37 shows called Christmas in Branson in 2020.

Rhonda Vincent visiting with members of the Branson community during her press conference at the Andy Williams Performing Arts Center on Sept. 15.

Rhonda Vincent will perform a total of 37 shows called Christmas in Branson in 2020.

The Queen of Bluegrass is coming to Branson for Christmas.

From Nov. 10 to Dec. 20, Rhonda Vincent will be performing her new show “Christmas in Branson” at the Andy Williams Performing Arts Center in Branson. Vincent is a Grammy Award winning music artist and the newest invitee to the Grand Ole Opry.

For the Branson Christmas season, Vincent will be performing a total of 37 shows. Vincent was present at a press conference on Sept. 15 at the Andy Williams Performing Arts Center to help make the announcement.

“This is historic for us. We’ve never been in one place and done this many shows almost consecutively,” said Vincent. “We’re very excited to be here and join the community. I feel like I’m kind of a neighbor anyway, because I’ve spent so much time here. But to come to the Andy Williams Moon River Theatre, it’s such a beautiful place. We’re excited to bring Christmas in Branson by Rhonda Vincent.”

Vincent explained that her decision to come spend Christmas in Branson was inspired by what most things are inspired by these days, the pandemic.

“We’ve been off all year. I started thinking as our dates started canceling, I said, ‘What can we do that we can go back out and start playing again?’ I went to Nashville and Nashville’s closed. All of these different places are closed. I’m a life long resident of Missouri, and I live in Lake of the Ozarks now,” Vincent said. “So I’m thinking you know probably one of the few places we could go play is Branson. So thanks to Randy (Little) and Bootdaddy from PFI (Western Store). Thanks to him, he has really gave me a lot of guidance in supporting us and hosting us in this venture. I couldn’t believe it. I really just said, ‘God, if this is your will, let this opportunity take place’ and before I knew it here we are.”

Vincent said that when she knew she was going to be performing in Branson for Christmas, she knew she wanted to bring along some of her friends. Joining Vincent on stage for select dates will be a total of seven guest stars, including Jennie Seely, Moe Bandy, John Berry, T Graham Brown, Mark Wills, Wilson Fairchild and Mo Pitney.

“I called each one, and they’re all looking for the same thing. They’re looking for an opportunity to perform. The theatre is large enough, we said, ‘You know what we could all be here.’  So I just started calling my friends and I said, ‘Hey, I’m going to be in Branson at the Andy Williams Moon River Theatre. Would you like to come be my guest?’  Everybody but I think one said yes, and before I knew it I had seven guests,” said Vincent. “It was just calling friends and saying, ‘Hey, we’re going to be in Branson,’ and they were like, ‘I would love to do that.’

Vincent will also be joined on stage by her Grammy award winning band, The Rage. For the Christmas shows, The Rage will also include some special guest players, including Josh Shilling on piano, Tyler Hall on guitar and Branson Comedian Jarrett Dougherty on percussion; who may also be bringing along a few Christmas pranks.

While the Christmas show is still in the middle of creation, Vincent did share a sneak peek of what audiences could see during the show.

“I wrote like five or six Christmas songs for my Christmas album. So we’ll start off with some of my original Christmas music and then we’ll have our special guests do 30 minutes and then we’ll take a break,” said Vincent. “People are driving in from West Virginia and from Tennessee. Usually they’ll say, ‘I wanted to hear this song.’ They usually tell me after the show. So I’m going to try and have a request time, so when we start back straight bluegrass, your requests. You came here to hear a song. What is it?”

For the final part of the show, Vincent said that she’s still putting it all together, but it will be a Christmas surprise.

“Let me just say that we’re going to have some fun with the 12 Days of Christmas that’s for sure,” said Vincent.

When asked if Christmas in Branson with Rhonda Vincent could become an annual Branson showcase, Vincent smiled and said, “That’s what we were talking about. This could end up being an annual thing for us. I hope so.”

Vincent has received eight Female Vocalist of the Year Awards from the International Bluegrass Music Association. Vincent and her band are also the most award winning band in bluegrass music history with more than 100 awards.

Visit rhondavincent.com or andywilliamspac.com for additional information, tickets and showtimes.