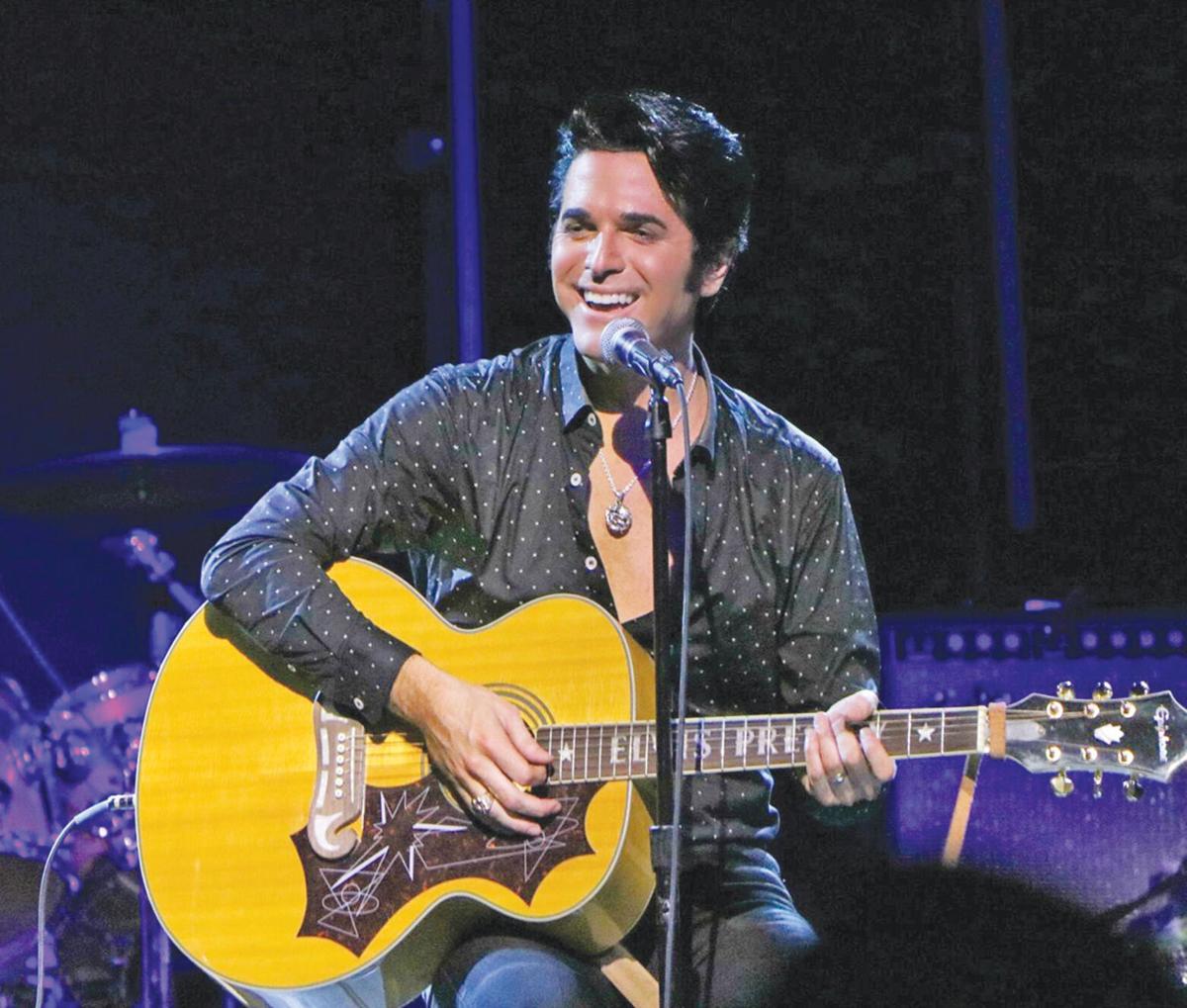 Dean Z to bring his all new tribute show Dean Z - The Ultimate Elvis to the Clay Cooper Theatre opening on Sept. 4. 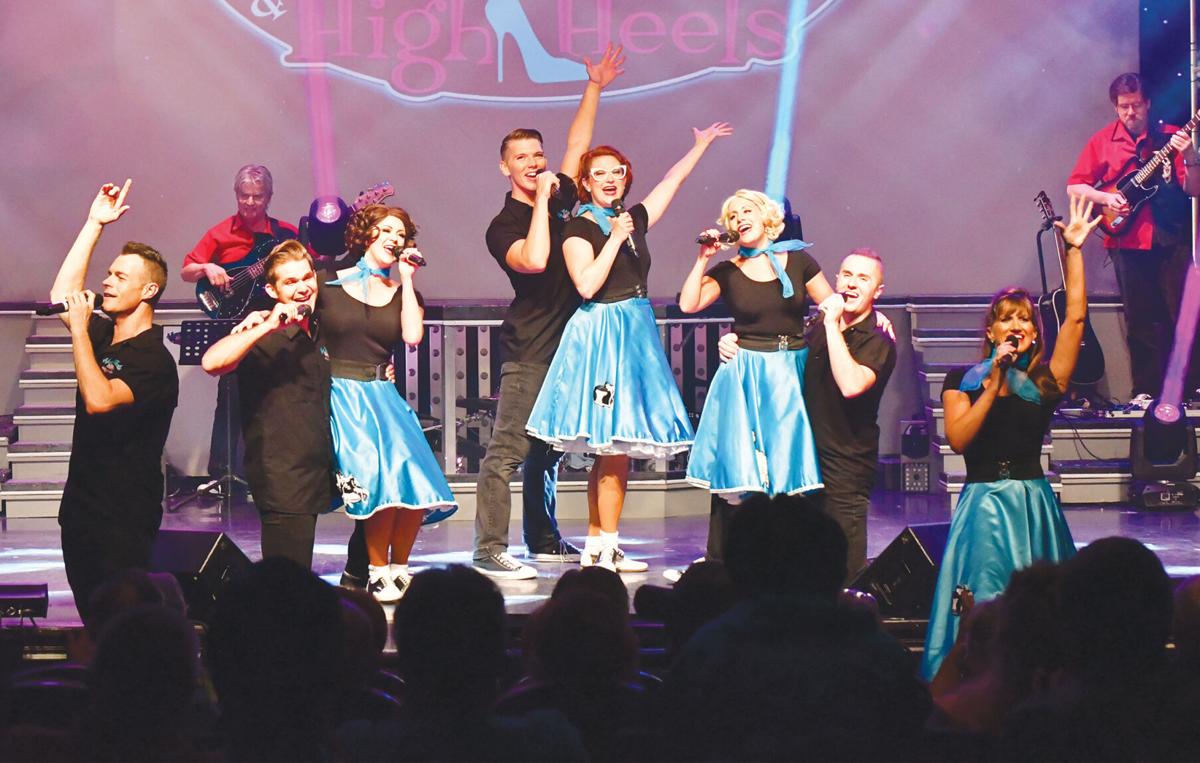 Hot Rods and High Heels to open their first show of the 2020 season at the Clay Cooper Theatre on Aug. 21

Dean Z to bring his all new tribute show Dean Z - The Ultimate Elvis to the Clay Cooper Theatre opening on Sept. 4.

Hot Rods and High Heels to open their first show of the 2020 season at the Clay Cooper Theatre on Aug. 21

Welcome to the latest edition of the Branson Beat. We got a lot of exciting announcements to fit into this section, so we’ll get right to it. As always feel free to let me know about any Branson area entertainment or attraction news or announcements you think would be great for the paper by shooting me an email at tchurch@bransontrilakesnews.com.

Known as one of the most distinctive and recognizable sounds in the music industry, the four-part harmonies and upbeat songs of Duane Allen, Richard Sterban, Joe Bonsall and William Lee Golden bring four decades of charted singles and 50 years of tradition to the stage wherever they perform. All 2020 Mansion showtimes are at 8 p.m. and tickets are on sale now. Visit themansiontheatre.com for more.

The derby will take place on Saturday, Oct. 10 at the Taney County Fairgrounds in Forsyth. The show will feature full-size semi-stock cars, stock compact cars and lawnmowers and will begin at 7 p.m. Visit Oklahoma Boys Promotions on Facebook for additional show information and entry rules and fees.

The new show will take audiences on a musical journey that spans the 20-year career of “The King” from his rise to fame in the 50’s to his infamous Las Vegas performances of the 70’s. Joining Dean Z on stage for “The Ultimate Elvis” will be a 10 piece band, horn section, vocalist and immersive video content.

Dean Z will also be staying at the Clay Cooper Theatre for Christmas. Being billed as “The Most Rockin’ Show of the Holiday Season,” Dean Z’s Rockin’ Christmas Show will open on Nov. 9, with showtimes at 10 a.m., 2 p.m. and 7:30 p.m.

On top of Dean Z’s announcement the Clay Cooper Theatre itself has made several big announcements for what folks can expect to see at the theatre for the remainder of the 2020 season.

Celebrating the era of poodle skirts, sock hops, soda shops and teenage love, the show features eight singers and dancers, and a live band, that promises to deliver audiences fond memories of “the good ol’ days.” Like many Branson shows, the pandemic also caused the postponement of Hot Rods and High Heels, which was originally scheduled to launch it’s 2020 season on April 8.

Before becoming a part of the Clay Cooper family 14 years ago, Gumm performed for many years with his parents and sister at Lake of the Ozarks.

With Matt Gumm and Company, Gumm will be reunited with his parents Thom “Gabby” Gumm and Sandy Gumm and sister Jamie Gumm on stage. They will also be joined on stage by fellow Lake of the Ozarks performer and family friend Travis Spratt, according to a press release.

Gumm and Company will be joined on stage by The Country Express Band, led by Musical Director RP Harrell. The “over-the-top production” will feature two hours of “hysterical comedy, impressive impersonations and power-house vocals backed by Branson’s most talented band from Clay Cooper’s Country Express.”

Larry’s Country Diner is coming to the Clay Cooper Theatre for five special shows in October. Larry’s County Diner is a unique down-home variety show that integrates entertainment, interviews and music into a weekly format and is taped in front of a live studio audience.

Starting on Aug. 16, the Clay Cooper Theatre began offering a ticketed live stream of Clay Cooper’s Country Express Show. The live stream will take place every Sunday night through Dec. 27. The cost will be $28 per live stream viewing. “

“This will be a great opportunity for those who are unable to travel, to join us for this ‘Live Stream,’” said an online statement. “ Gather your family around the TV, computer, iPAD or cell phone and get ready for a great time.”

2County4Nashville will be arriving in Branson for three special shows starting with a show on Aug. 21 at The Americana Theatre at 8 p.m. On Aug. 22, 2Country4Nashville will travel over to Choices Concert Hall for a 7 p.m. show. The show will again perform at Choices on Aug. 23 at 10 a.m. with a special Gospel Concert and Bunch show.