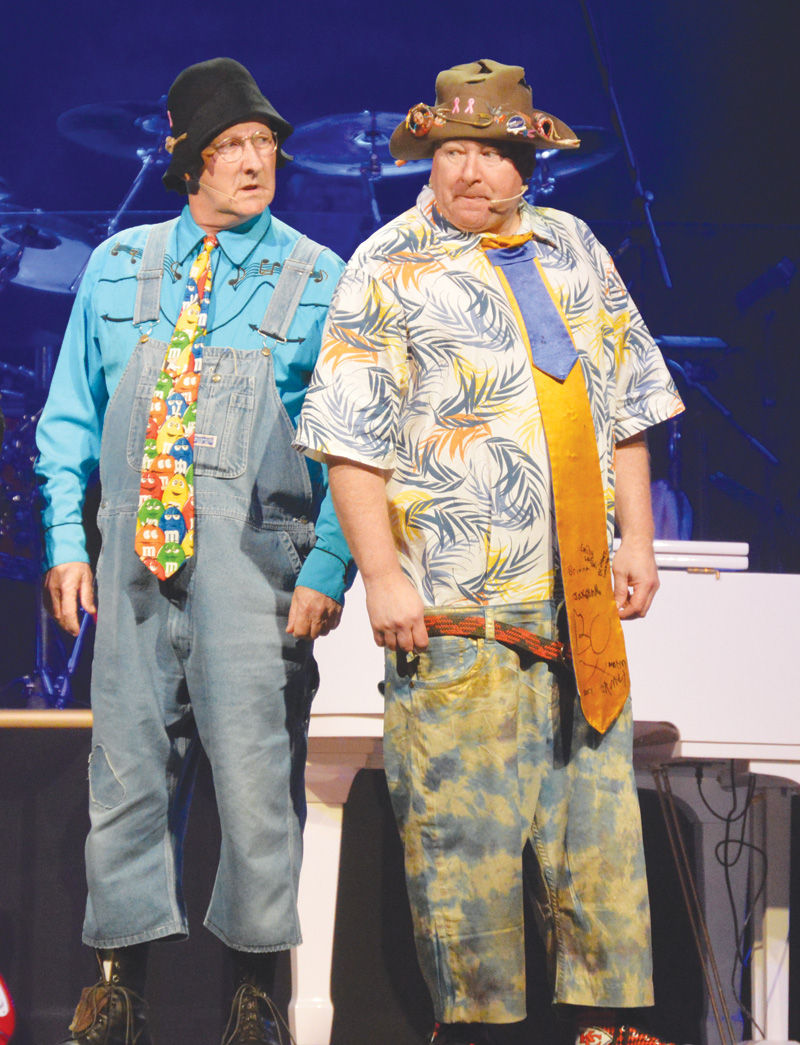 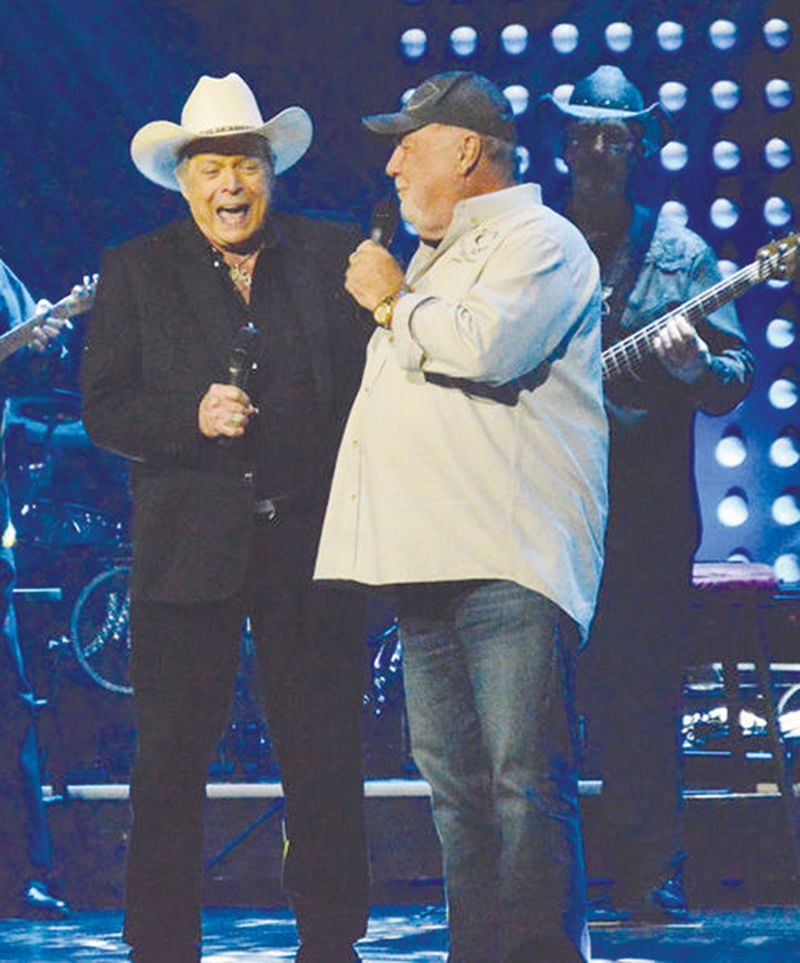 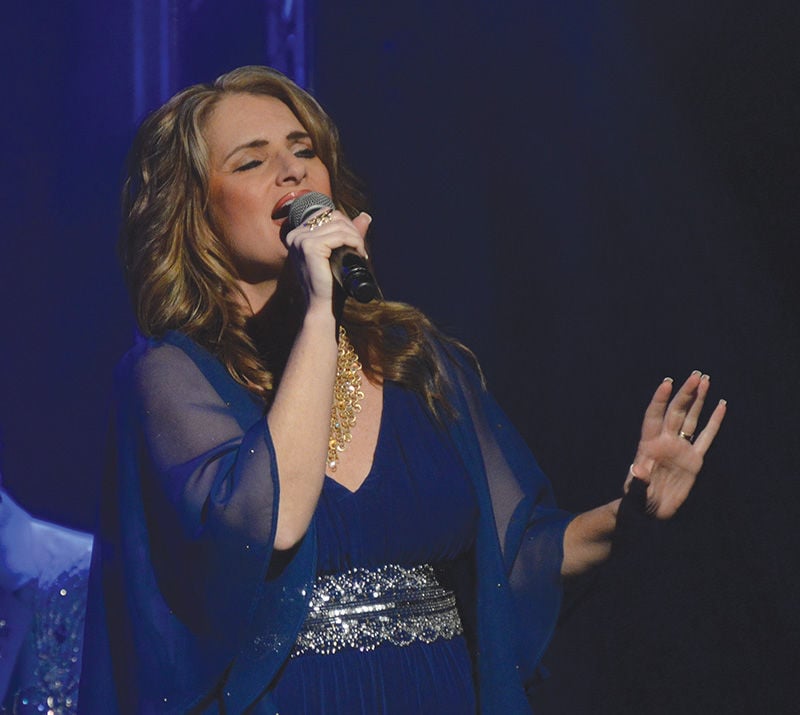 Jackie Brown and the cast of “New South Gospel” will return to the Grand Country stage Thursday. 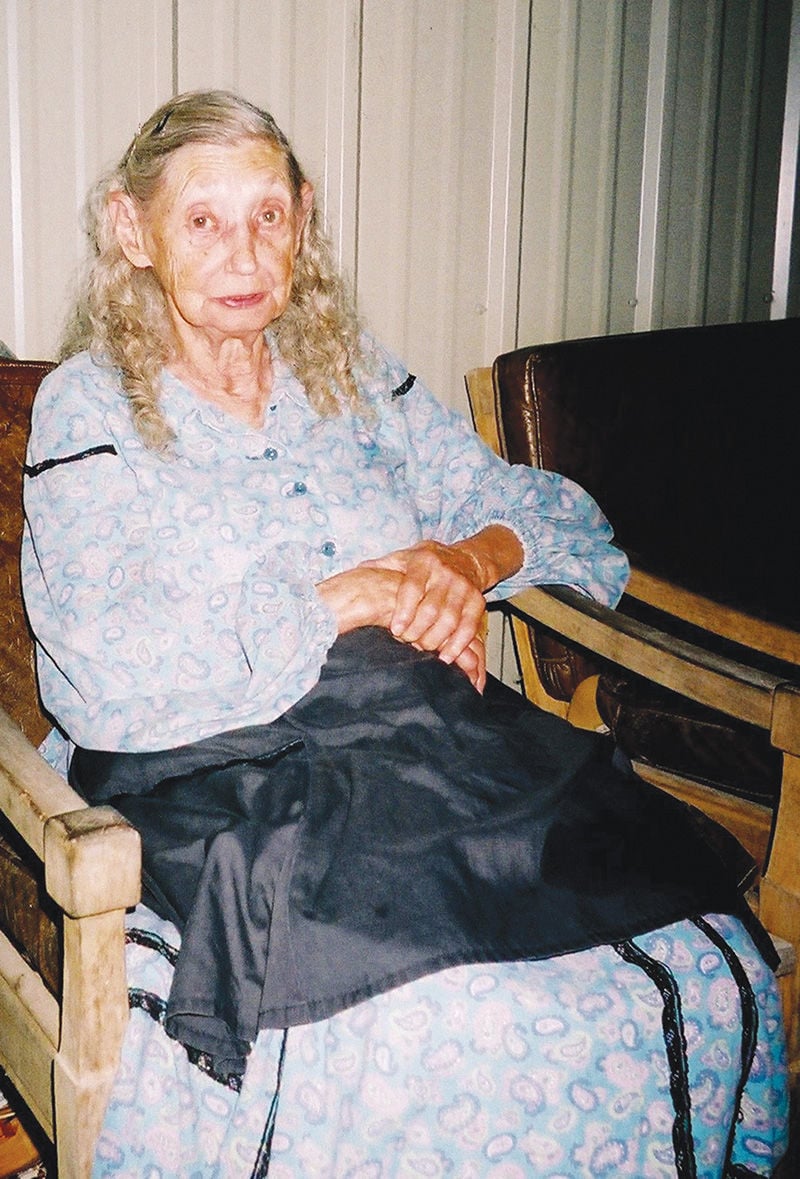 Dorthy Kniffer, the longest-tenured and oldest cast member at the “Shepherd of the Hills Outdoor Drama” died Saturday at 91.

Jackie Brown and the cast of “New South Gospel” will return to the Grand Country stage Thursday.

Dorthy Kniffer, the longest-tenured and oldest cast member at the “Shepherd of the Hills Outdoor Drama” died Saturday at 91.

From the debut of several new shows to the return of “Branson’s First Show,” the Branson entertainment scene will be a hotbed of show openings throughout the next few weeks.

Earlier this week, “Thank You For The Music: A Modern Tribute to Abba” opened at its new digs inside the Hamner Variety Theatre. The show features the life, times and tunes of the Swedish pop super-group Abba, and includes huge hits like “Dancing Queen,” “Waterloo,” “Take a Chance on Me,” “Fernando,” and “Mamma Mia.”

Abba is one of those groups that seems to have grown in popularity over the last decade or so with the film and stage musical “Mama Mia,” and while I don’t pretend to be the biggest fan in the world (even though “Fernando” is a pretty righteous tune), I really did enjoy the show when I caught it a few seasons back. A must for any true Abba fan.

Thursday will see the return of the popular “New South Gospel” at Grand Country.

As if being one of the few shows to highlight that “good ol’ fashioned southern gospel sound” wasn’t enough, the cast also features an epic level of talent on stage. Featuring the boys from New South, Luke Menard, Jon Drockelman, David Ragan and Mark McCauley, the Grand Band, the awesome Jamie “Jim Dandy” Haage, and the lovely and talented Jackie Brown, the show highlights everything from the earliest southern gospel standards to hits from the Jordanaires, Bill Gaither and everything between.

“New South Gospel” opens Thursday, and showtime is 3 p.m. every Thursday through December.

Saturday will see the return of Branson’s first show, debuting a new theater, a new name and new attitude. “Branson’s Famous Baldknobbers” will open at 8 p.m. in their new venue, the Branson Famous Theatre, also known as the former New Shanghai Theatre.

Sunday will find the incomparable Mickey Gilley joining forces with Johnny Lee for their “Urban Cowboy Reunion” at the newly dubbed Mickey Gilley Grand Shanghai Theatre. This is a great show filled with wall-to-wall hit tunes, and some pretty funny banter between Gilley and Lee, who have been friends for 40 years.

Also set for Sunday is Nashville recording star Billy Dean and the Steel Horses, who will debut in their new digs at the Jim Stafford Theatre.

Dean’s biggest hits include “Only Here For A Little While,” “Somewhere In My Broken Heart,” which won the Academy of Country Music’s Song of the Year “Let Them Be Little” and of course, “Billy the Kid.” Joining Dean as a member of the Steel Horses again this year is Jason Pritchett, who has released several singles over the past few years, and they’re pretty fantastic. I also heard Dean has been working up some new material for this year’s show, and I personally can’t wait to see it.

Next week will see the newly named Jerry Presley’s God and Country Theatres begin rolling out their more than a dozen shows during the first week of April. Some of those shows include “Jerry Presley Elvis Live,” “Waylon, Willie and Good Ol Boys,” “Statler Brothers Revisited,” “Cash Alive: The Legend,” and many more.

Also slated to open next week are “Ayo starring the Voices of Glory” at the Starlite Theatre and Tim Hadler’s “Hank Williams Revisited” at the Caravelle Theatre, both on April 3.

April 4, the Caravelle Theatre will see the return of one of my favorite groups ever, the Liverpool Legends. These cats always put on a fantastic show, and I don’t expect this year to be any different.

Also slated to open next week are “Hot Rods and High Heels,” “The Dutton Experience,” “Classic Country’s Patsy Cline and Friends,” and “Magnificent 7.”

Also slated for next week are Kris Kristofferson at the Welk Resort Theatre April 7, as well as the 2017 Branson Elvis Festival, which features “The Dean Z Show” April 7 at 11 p.m., and the Branson leg of the 2017 Ultimate Elvis Tribute Artist Contest April 8 at Dick Clark’s American Bandstand Theater.

Rock and Rev Charity Car Raffle and Live Music Event, an extremely cool event for an even cooler cause is set for Thursday evening at the Branson Airport.

The event will feature the return of music from classic rock band, The Professors and Maryann, as well as a barbecue dinner and dessert from Famous Dave’s, a cash bar, dancing and big prizes throughout the night. In fact, this year’s grand prize is the raffling off a 2013 Dodge Challenger STX Coupe.

This car is a “real tribute to classic American muscle, and looks the part in white with a red strobe stripe kit and black leather interior.”

While there are plenty of good times to be had at the Rock and Rev, the event is actually a fundraiser to benefit Dignity Now, Inc. and Branson-Hollister Rotary Club.

Last year, the event raised more than $11,000 that was shared between Dignity Now, a nonprofit serving children with developmental disabilities, and the charitable efforts of the Branson-Hollister Rotary Club.

Raffle tickets, which are $20 each or 6 for $100, are currently on sale at RockandRev.com, and are also being sold by Branson-Hollister Rotarians.

Tickets to the event are $30, and include dinner, dancing and all the fun that goes along with the event.

For more information or to get tickets, visit RockandRev.com.

The “Shepherd of the Hills Outdoor Drama” family is mourning the loss of its oldest and longest-tenured member after the new broke “Miss Dorthy” Seaton Kniffer died Saturday at her home in Cape Fair. She was 91.

“I loved sitting & visit with her because she was a real pioneer living off of the land and enduring so much,” longtime cast member and friend Terry Wayne Sanders said. “Rest in peace my sweet friend, you will never be forgotten.”

Kniffer lived in the area since 1960, and volunteered for more than 30 years at the North Stone County Food Pantry in Crane, and she was also a member of the First Baptist Church, Cape Fair.

I never had the pleasure of meeting “Miss Dorthy,” but I heard lots of stories about her over the past few years. My condolences to the family.

Visitation will be held from 6 to 8 p.m. Wednesday at the Stumpff Funeral Chapel in Crane. Funeral services will be held at 10 a.m. Thursday at First Baptist Church in Cape Fair.