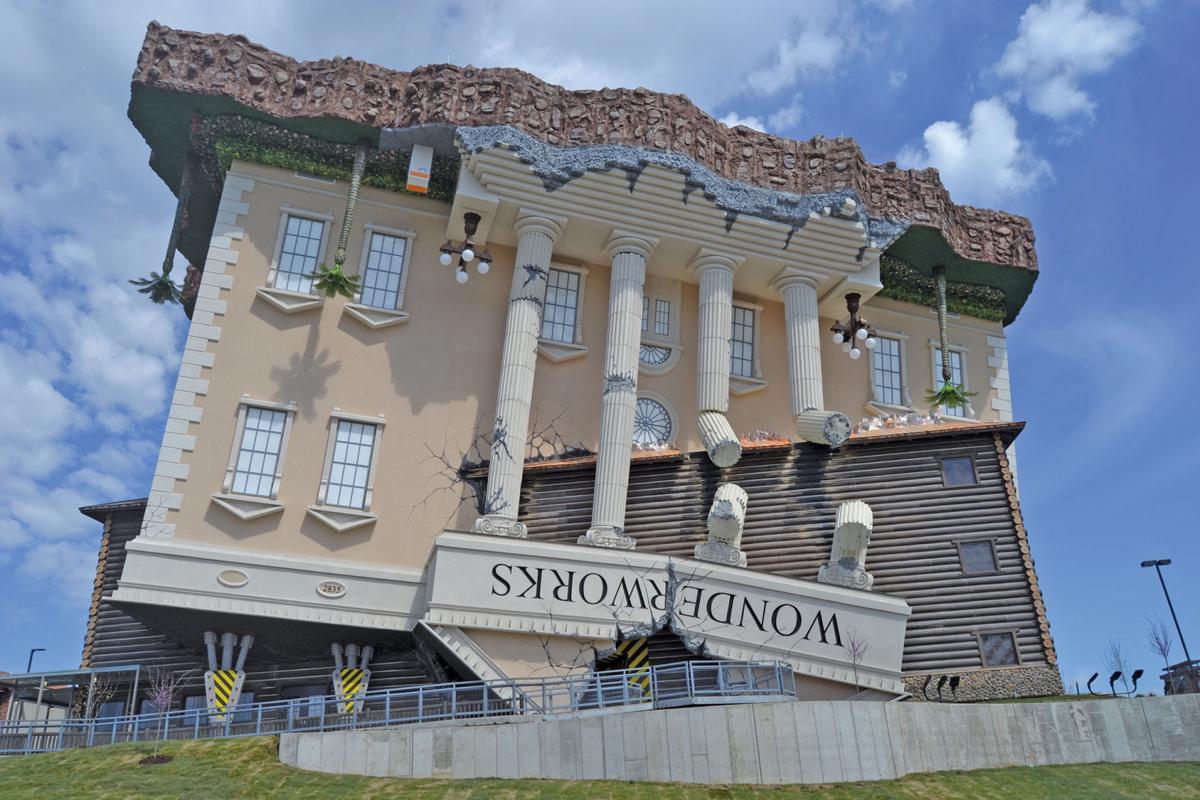 After two years in development and construction, WonderWorks Branson is set to open June 5. 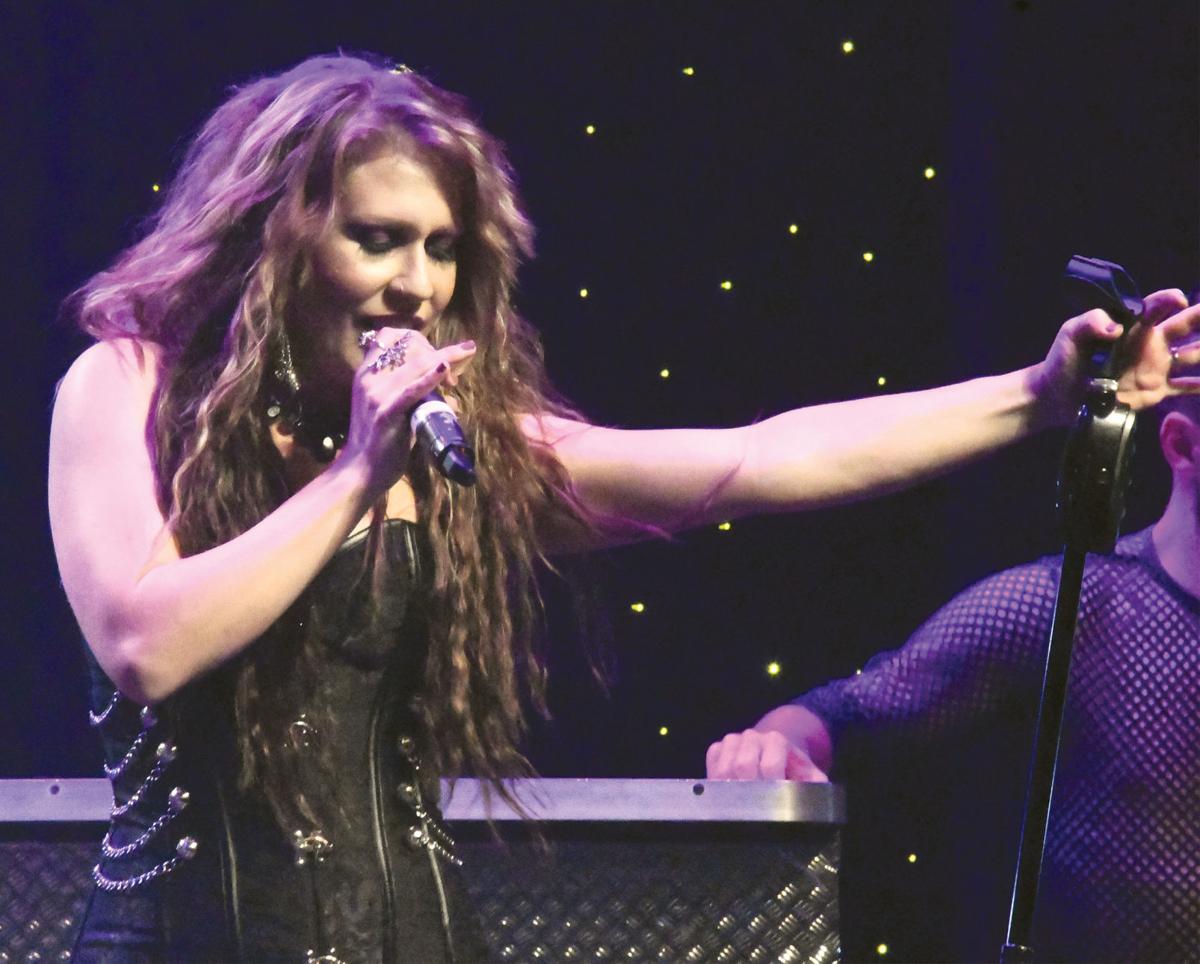 Sarah Marie Le Beau belts out a tune during the new “Anthems of Rock” show at the King’s Castle Theatre. 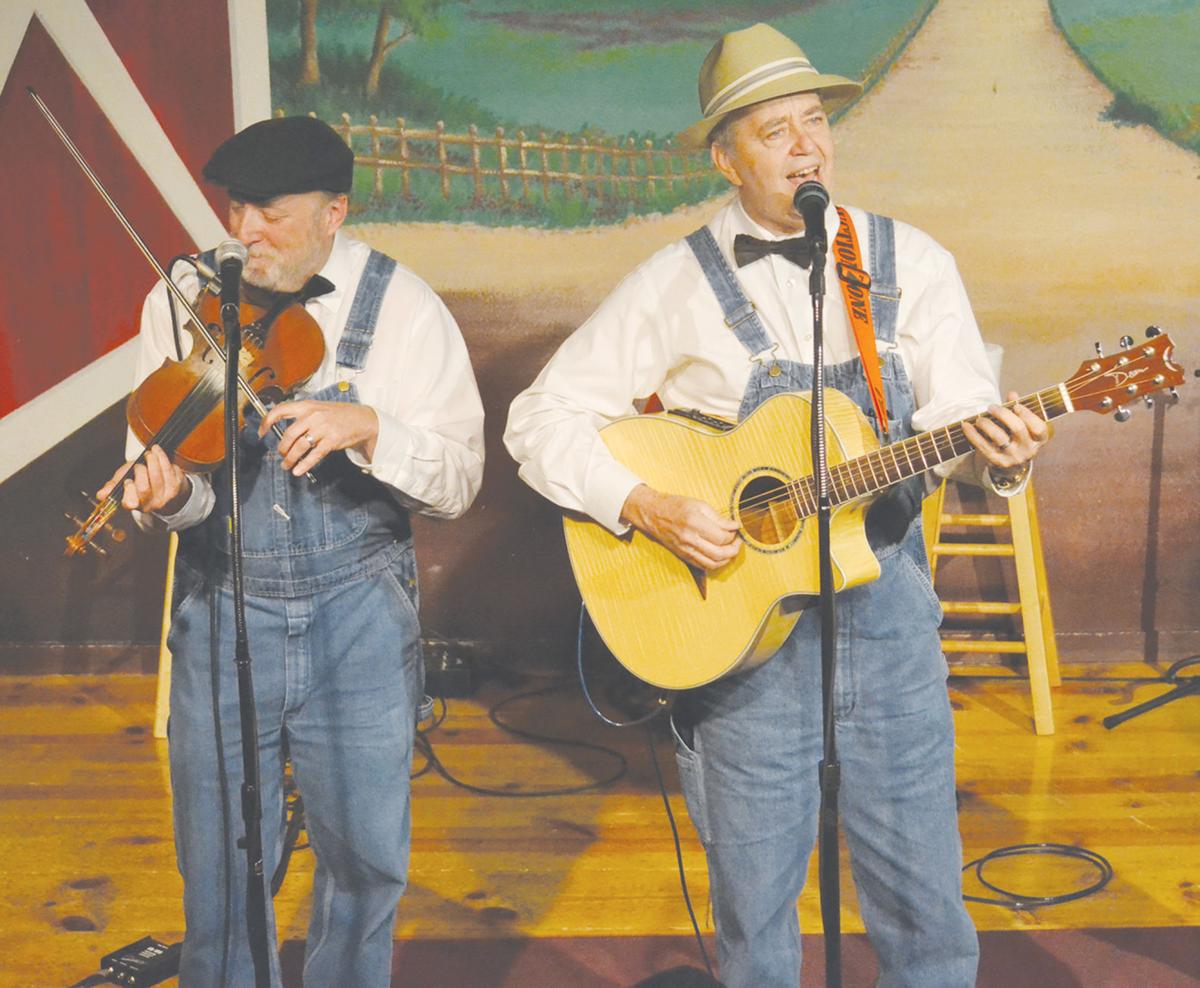 Louis Darby, left, and Earl Vaughan, also known as the “Sons of Britches,” will now open July 1 at the Little opry Theatre, along with the rest of the Branson Imax Entertainment Complex. 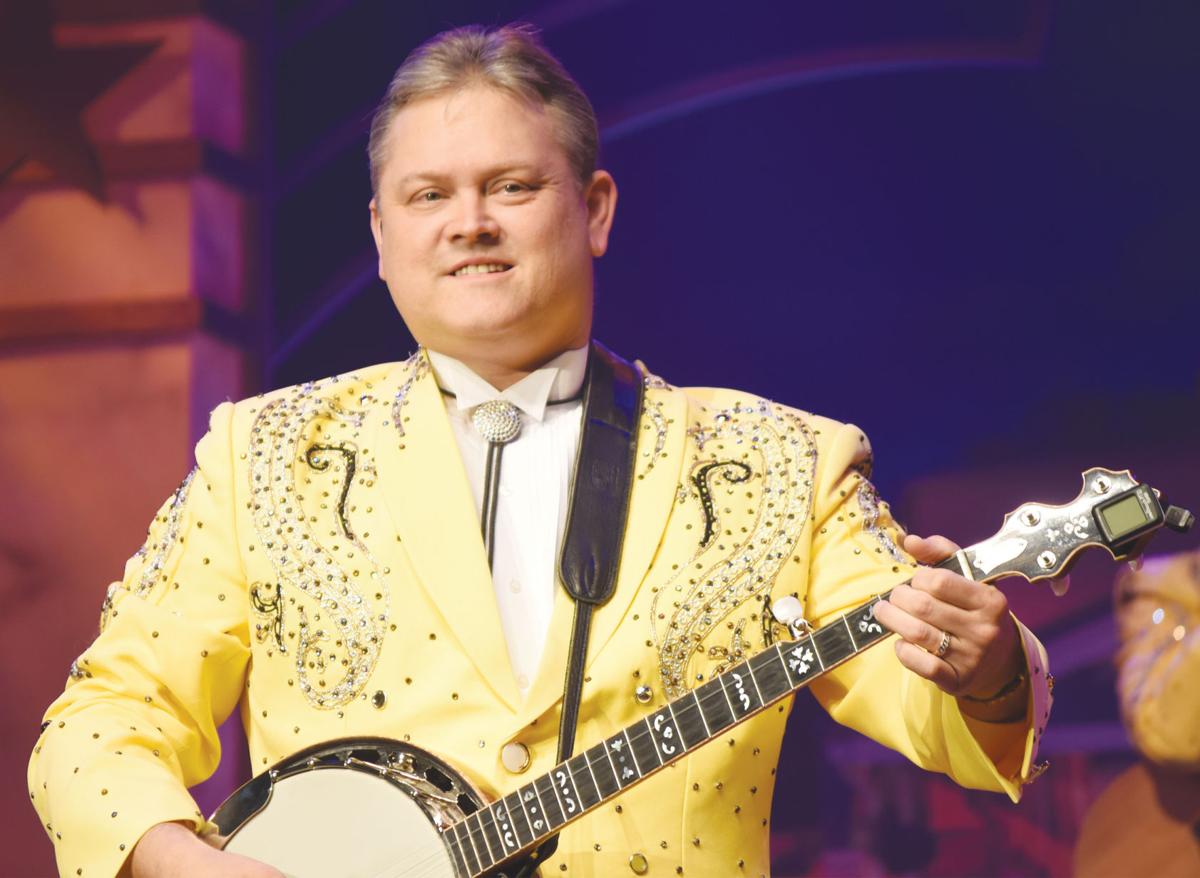 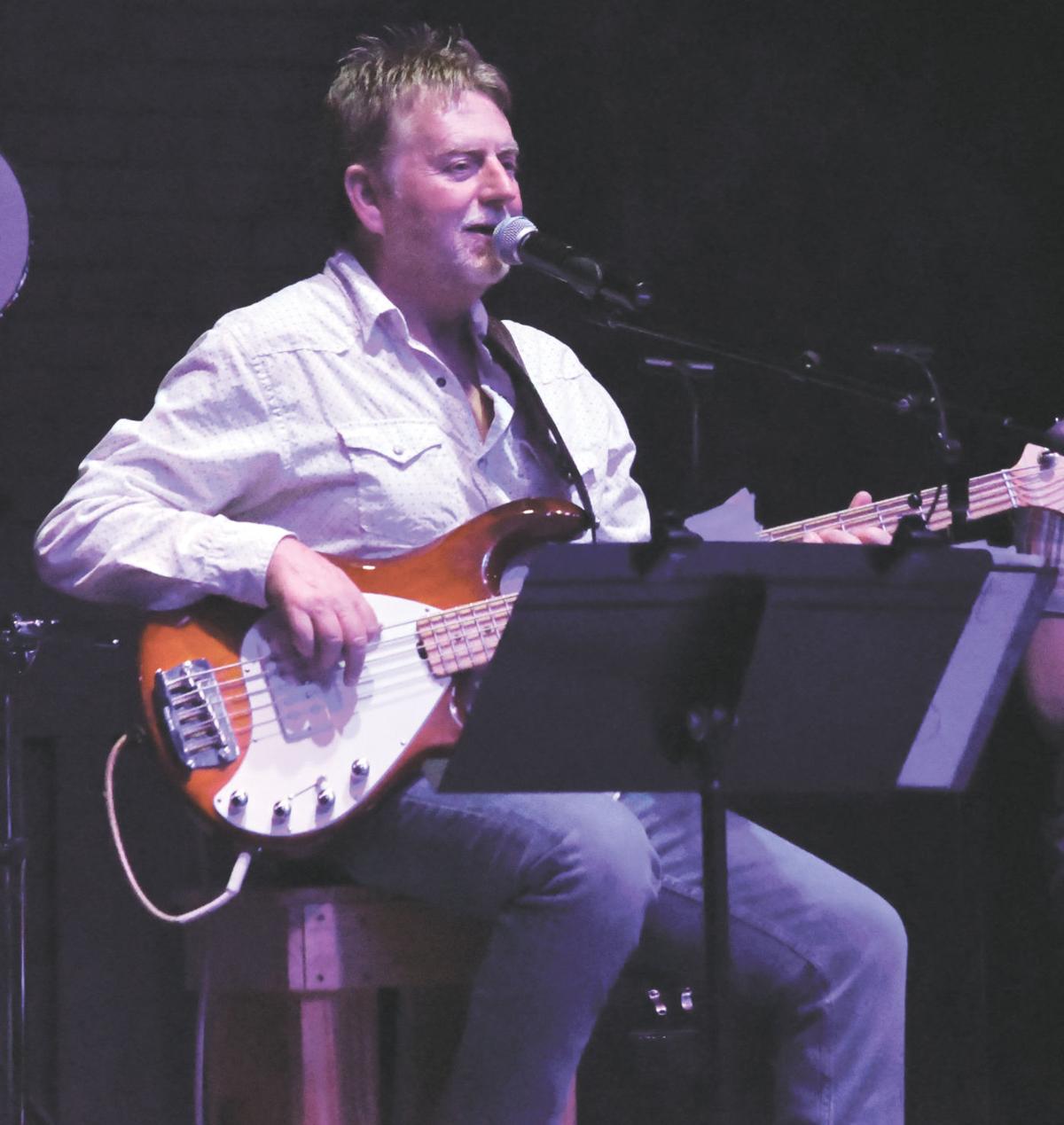 Larry Allred and his What Four? band will perform Saturday and Wednesday at 5:30 p.m. at Choices Concert Hall in Branson.

After two years in development and construction, WonderWorks Branson is set to open June 5.

Sarah Marie Le Beau belts out a tune during the new “Anthems of Rock” show at the King’s Castle Theatre.

Louis Darby, left, and Earl Vaughan, also known as the “Sons of Britches,” will now open July 1 at the Little opry Theatre, along with the rest of the Branson Imax Entertainment Complex.

Larry Allred and his What Four? band will perform Saturday and Wednesday at 5:30 p.m. at Choices Concert Hall in Branson.

For more than two years, Yours Truly has been anxiously awaiting the grand opening of WonderWorks, which is (finally) set for June 5.

WonderWorks is an “upside-down,  science-focused, indoor amusement adventure for the mind that holds something unique and interesting for visitors of all ages.“

According to Branson Tri-Lakes News archives, there are four floors of non-stop “edu-tainment,” with over 100 hands-on and interactive exhibits that serve a STEM educational purpose to challenge the mind and spark the imagination. There are over 100 hands-on activities that are focused in the areas of science, technology, engineering and math. Some of the exhibits will include the Bubble Lab, The Adventures of Professor Wonder, the Dig It! Interactive sandbox, an illusion art gallery and the Xtreme 360 Bikes.

A few days back I also got word that “Six” would return to the stage at Dick Clark’s American Bandstand Theater  July 13, joining “Legends in Concert,” which opens June 25.

For the past 13 years, the brothers have united to perform pretty much every kind of music one could think of, along with all kinds of interesting special effect sounds using only their voices.

Earlier this week, the folks at Branson’s Imax Entertainment Complex announced they would have a “grand reopening” July 1. The complex reopened briefly for the Memorial Day weekend festivities.

There is no word yet on whether the Elite Cinema III will reopen along with the rest of the complex, but I have to believe with no major studio releases announced, it will be a while. Luckily, they have a great library of Imax adventures to fill the awesome giant screen Imax.

With an official opening date announced for the complex, that means my pals at “The Sons of Britches,” who call the Little Opry Theatre inside the complex home, will also reopen July 1. I haven’t seen any other opening dates for the other shows, but rest assured, as soon as I know, so will my Loyal Reader(s). Visit bransonimax.com.

In addition to all that, we already know the following shows and attractions are set to open over the next couple months.

The folks at “Clay Cooper’s Country Express” will take the stage for the first time since March on June 10 at the Clay Cooper Theatre. Also set for June 10 is the return of “Grand Jubilee” at the Grand Country Music Hall, followed by “New South Gospel” June 11, and “Branson Country USA” June 12.

The Americana Theatre’s slate of shows will grow by one June 14 as “CJ Newsom’s Classic Country and Comedy” returns. June 15 sees the debut of the Ruby Room Theatre & Lounge at the Majestic, which will house “Dancing in the Streets – a Motown Revue” and “Doo Wop & the Drifters,”

Other shows and events that have already been rescheduled include the 2020 Branson Music & Arts Festival June 20 and 21 at the Big Cedar Lodge amphitheater on Table Rock Lake, as well as the Branson Elvis Festival, set for July 10-12 at Dick Clark’s American Bandstand Theater.

Finally, the Branson Regional Arts Council’s production of “The Odd Couple” is set for Sept. 10 through 13.

Okay Loyal Reader(s), this is your official head’s up that Branson This Week, our free weekly publication highlighting all there is to see and do in Ozark Mountain Country, will resume publication and be on newsstands Thursday morning.

In addition to keeping up with everything there is to see and do, I’ll also be penning a review of the new “Anthems of Rock” show at the King’s Castle Theatre, which I caught earlier this week. I had a rockin’ good time watching the fantastic cast flat-out tear it up, and I can’t wait to share all the superlatives I can in the next issue of Branson This Week.

In a time of great uncertainty and loads of bad news, it is a distinct pleasure to give my Loyal Reader(s) an uplifting and awesome update on longtime Branson picker and current member of the “Presley’s Jubilee” Dean Holman, who is currently recovering from a much needed kidney transplant.

A few years back, Holman, who has shared the stage with Ricky Skaggs, Tanya Tucker and many more, began fighting a stage 5 kidney disease. For nearly four years, Holman and his family waited on the donor list, and last week, the prayers of thousands of friends, fans and family were answered as he underwent surgery for his kidney transplant at KU Medical.

According to the Holman family, everything is going well and he is on the road to recovery.

Not only is Holman one of the most talented musicians in the area, he’s also a great dude. In fact, one of his friends has even set up a Go Fund Me account to help the family cover these large expenses.

To donate, visit gofundme.com/f/dean-holman039s-kidney-transplant to donate.

Get well soon Dean. We can’t wait to see you back on that stage.

As the world gets more and more back to “normal,” that means the live show scene is again taking center stage in Ozark Mountain Country.

This week will see a whole lot of coolness, kicking off Saturday morning at Grand Country with the return of “Amazing Pets” at 10 a.m.

Saturday at 5:30 p.m., Choices Concert Hall will again welcome Larry Allred and his What Four? band at 5:30 p.m., followed by The Joners, a rockabilly, rock ‘n’ roll, country, blues and swing band featuring some of my favorite local entertainers.

These cats can flat-out jam, the area’s largest dance floor is bound to be filled to “social distancing capacity.”

There is a cover charge to see The Joners.

Sunday afternoon, “Ventriloquist Todd Oliver” is back at the Shepherd of the Hills’ Playhouse Theatre, followed by “Absolutely Country Definitely Gospel” opening their first season at the Majestic Theatre Monday afternoon.

“#1 Hits of the 60s” is back Tuesday afternoon at the Clay Cooper Theatre, followed by “Branson’s Famous Baldknobbers,” “Reza Edge of Illusion,” and the “Doug Gabriel Show” all return to  the Branson Famous Theatre next Friday, June 5.

Next Saturday night, “The Haygoods” return to the Clay Cooper Theatre, as will Jerry Presley with the “Aloha From Hawaii” edition of his “Elvis Live” show that evening at the God & Country Theatres. Also set for next Saturday, the Rock House in Reeds Spring is sponsoring an event called “Jammin’ at the Canyon” at Old Wilderness Canyon near Reeds Spring. This event will see entertainers including the Creek Rocks, Sad Daddy, Jeff and the Rainmakers and the Nace Brothers.

Tickets are available at rockhousecenterforthearts.org/calendar-tickets, or by calling 417-272-8386.

Finally, the new slate of shows at the newly remodeled and renovated Branson Star Theatre, home to a smaller theatre which seats more than 200 folks, and a “big room,” which can seat more than 1,300, is set to open next Sunday, June 7, with “Thunderstruck,” an AC/DC tribute show.

“Nashville Roadhouse” will also feature national touring acts, starting with the Swon Brothers, who appeared on “The Voice.”

The venue is also set to feature a full bar with live entertainment.

The last thing I want to hit on is a July 14 benefit at Jerry Presley’s God & Country Theatres for local favorite “Rattlesnake” Eddie Wood, owner of Crooked Sky Trading Post, master leather craftsman and actor at the “Shepherd of the Hills Outdoor Drama,” who was recently diagnosed with cancer.

Tickets are $10 each, and all proceeds go to help “Rattlesnake” and his wife Debbie pay their mounting medical bills. Auction items will be available, and donations are also being accepted in the form of cash, check, money order, and PayPal.

Organizers are still accepting items for the auction, and anyone wanting to donate should reach out to McAdoo via social media.

With COVID-19 restrictions in mind, only a select amount of tickets are available.