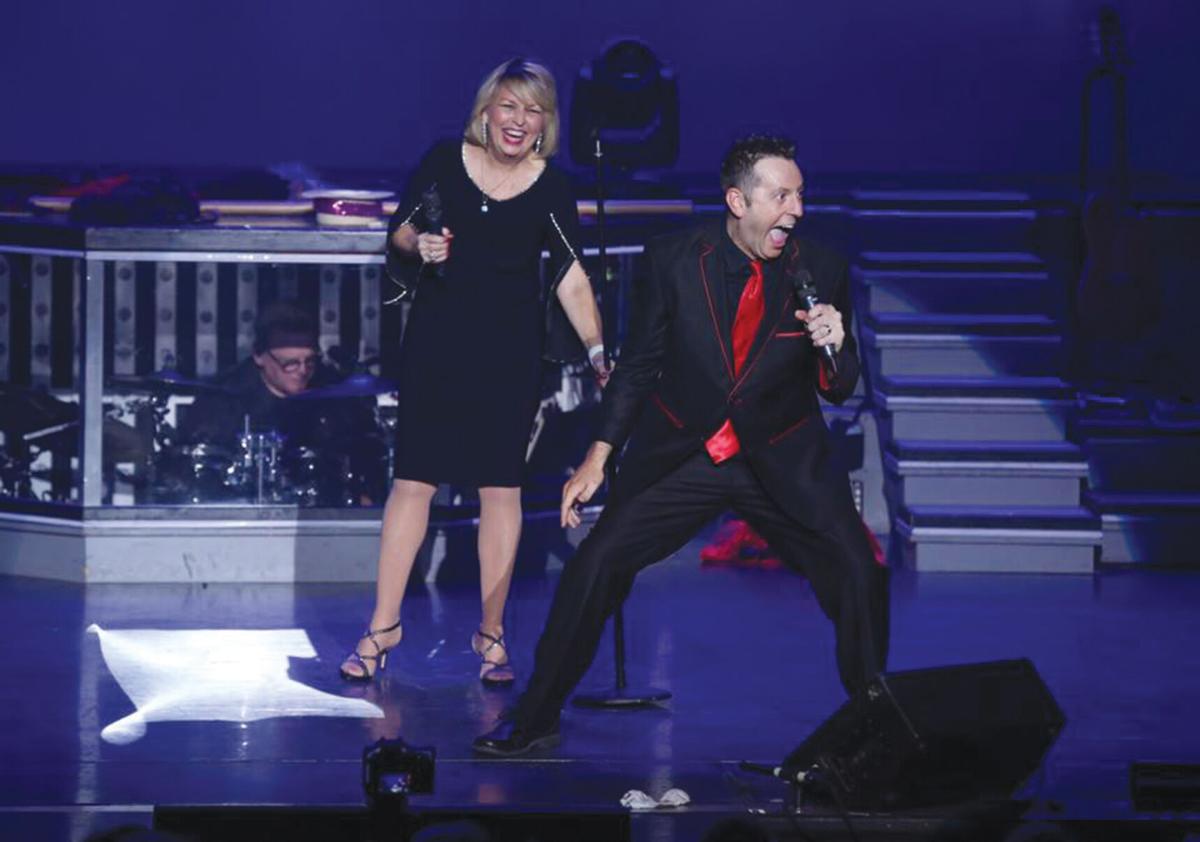 Matt Gumm, right, will be joined on stage by multiple members of his family including his mother Sandy Gumm. 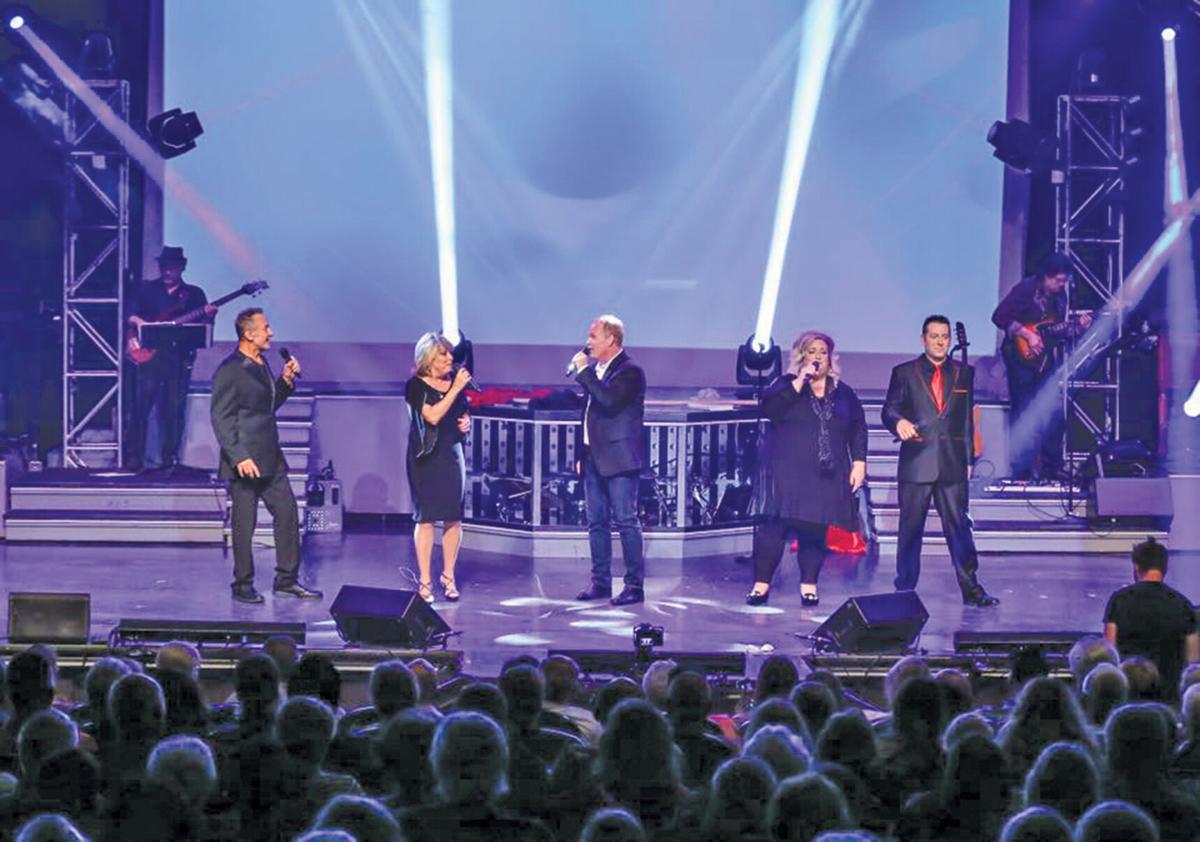 Matt Gumm and Company will perform four shows in 2020 at the Clay Cooper Theatre starting on Sept. 7.

Matt Gumm, right, will be joined on stage by multiple members of his family including his mother Sandy Gumm.

Matt Gumm and Company will perform four shows in 2020 at the Clay Cooper Theatre starting on Sept. 7.

In 2019 Branson Comedian, Entertainer and Musician Matt Gumm brought an all-new comedy experience to Branson and this Labor Day Weekend he looks to do it again.

On Monday, Sept. 7, Gumm will host the first of four performances of Matt Gumm and Company at the Clay Cooper Theatre. During the show Gumm will be joined on stage by his father, Thom ‘Gabby’ Gumm; his mother, Sandy Gumm; his sister, Jamie Gumm; and life long family friend, Travis Spratt for a comedy variety show unlike anything else you’ve seen in Branson.

Matt Gumm’s love for comedy and entertaining came at an early age from watching his parents perform in Lake of the Ozarks.

“My mom and dad have been entertainers my whole life and I’m 41,” Gumm said. “I grew up around music shows, the Main Street Opry also when I was little. My dad worked at Denny Hilton’s Country Shindig. That was a big show up there and then they started their own show, The Main Street Opry up at Lake of the Ozarks. So I grew up around their show, watching my dad and watching him do his thing and comedy and always wanting to be like my dad.”

Gumm added that at the age of 18 he began performing at the Ozark Opry, but soon joined his parents at the Main Street Opry. In 2005 Gumm moved to Branson to join Clay Cooper as the featured comedian, vocalist and musician at the Clay Cooper Theatre.

After 50 years of performing comedy in Lake of the Ozarks Gumm’s father retired, but will be coming out of retirement just for these shows.

“It’s just a blast getting to work with my dad again, being on stage with him and doing comedy with him,” said Gumm. “It’s really fun doing comedy with my dad. Just kind of getting back to my roots. Doing comedy with my mom and dad and sister who is a phenomenal singer. Also Travis Spratt is on the show. Travis was with Pierce Arrow for a few years and he was also, before that, he worked up at Lake of the Ozarks with my parents.”

The inspiration to bring Matt Gumm and Company to life on stage is a two-parter, which began with Cooper offering Gumm the opportunity to do his own show at the theatre and then creating the opportunity for his family to be a part of it.

“(Cooper) had asked me for a couple of years and just finally I was like, ‘You know it would be fun. I’m going to call my parents and see if they can make it and we can put on just a little show with a lot of comedy.’ It’s a really heavily comedy based show,” Gumm said. “There’s like a lot of impressions. I do a lot of impressions in my show, physical comedy, character bits.”

Gumm shared the show is a real family affair. On top of performances from his mother, father and sister, the show will also feature The Country Express Band, which is led by Musical Director RP Harrell, aka Gumm’s father-in-law.

“My dad does some great stuff with audience participation and things. My dad also does some characters and some impersonations. I like to call it a comedy variety show. There’s a lot of comedy, with some great music sprinkled in,” said Gumm. “It’s really good music. My sister is a phenomenal singer … She’s my favorite singer and for me to get the chance to bring her down here to perform is just a blessing.”

Gumm added that his wife Katie will also join him on stage for a comedy bit, and his daughter may even make an appearance during the show. Now while the show is very family based, Gumm said he decided to call it Matt Gumm and Company instead of Matt Gumm and Family because he also wanted the chance to make some of his talented friends a part of the show.

“What I’d like to do is create something, that eventually, that is almost different every time with different special guests,” said Gumm. “I think my parents will always be a part of it, but maybe add some more people in there and make some of these shows their own thing. It’s something a little different. It’s kind of out of the box a little bit, but it’s always going to be heavily based on comedy.”