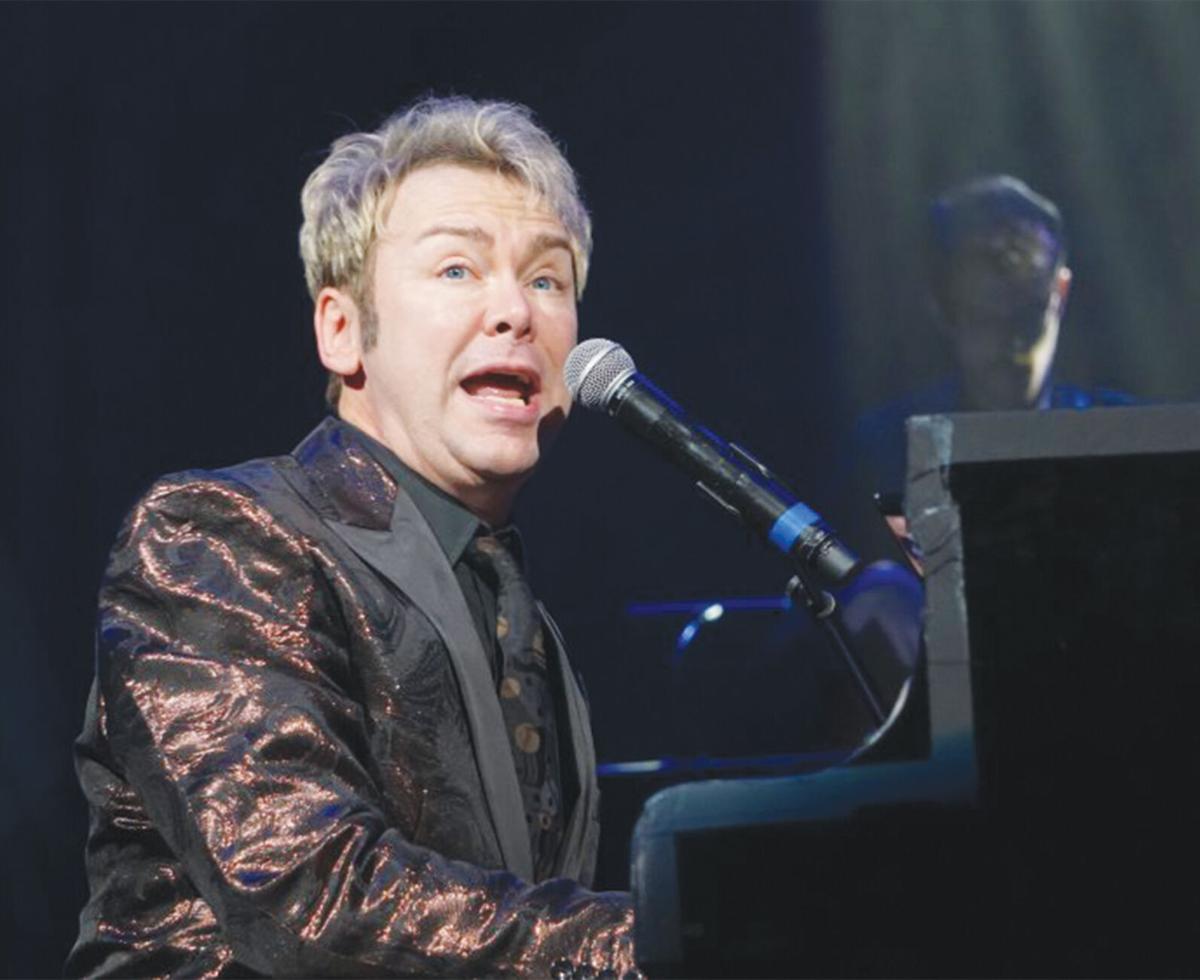 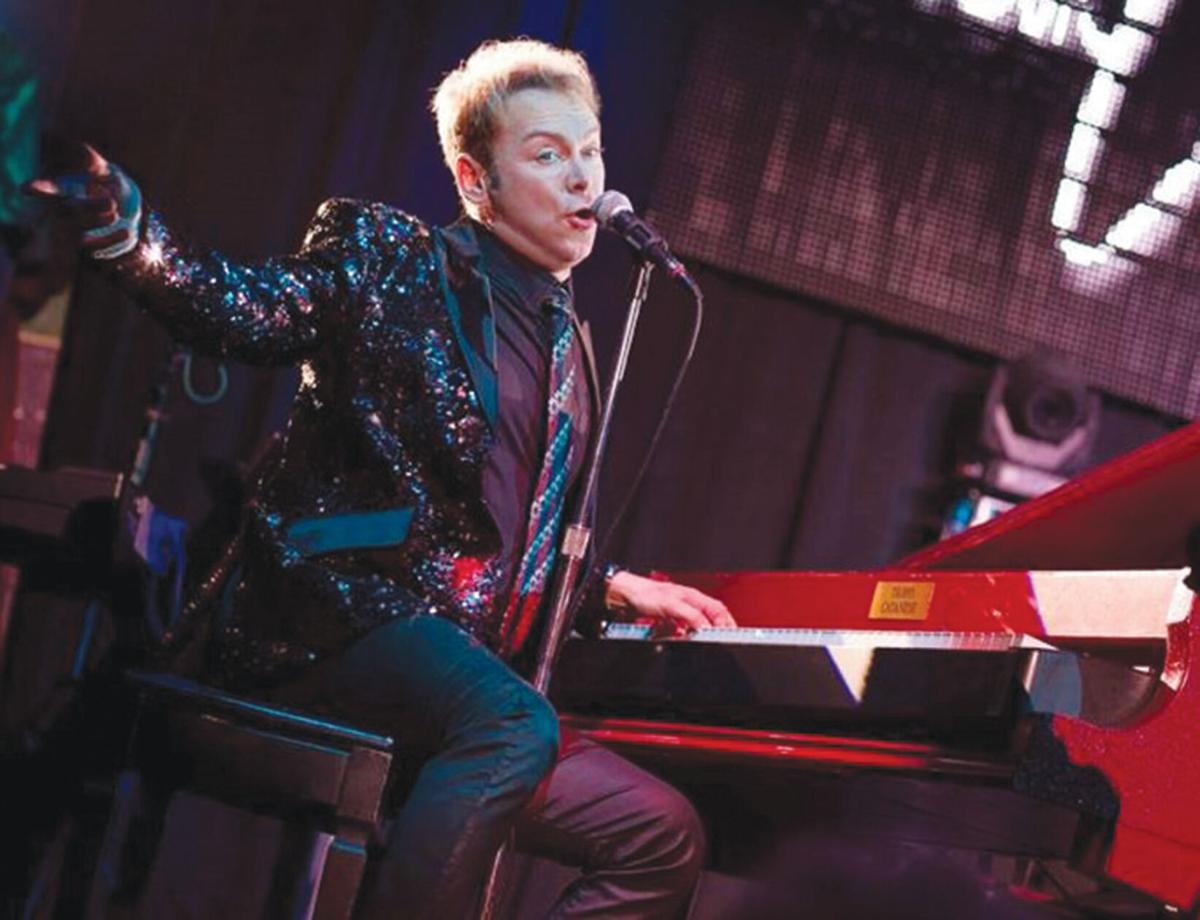 “The Piano Man Xperience,” headlined by David Brooks, takes the stage at the Branson Star Theatre Sunday, Monday and Wednesday.

“The Piano Man Xperience,” headlined by David Brooks, takes the stage at the Branson Star Theatre Sunday, Monday and Wednesday.

The Branson Star Theatre has seen a few changes over the past month or so, and one of the biggest sees piano-playing powerhouse and local favorite David Brooks now headlining his own show, “The Piano Man Xperience,” joining Stevie Lee Woods’ “Nashville Roadhouse Live” show as the venue’s two signature shows.

Brooks, an Arkansas native, grew up playing the piano in “local bands” and even gospel groups in the region. In 2003, Brooks learned a popular Branson show, “50’s at the Hop,” was looking for a piano player. He came for a visit, auditioned, and got the job.

The following season, Brooks was hired to play as part of the Legends Band at “Legends in Concert.”

“A friend and I visited several years before this and went to see ‘Legends,’” he said. “I thought it was just an incredible show, and I really wanted to be a part of that show.”

Throughout the next few years, Brooks performed several stints with Tony Roi’s T.R. Powerhouse Band, as well as with the Hughes Brother’s band, “#1 Hits of the 60s,” “Cassandre’ Voice of an Angel,” “CJ Newsom” and “The Haygoods.”

“I like a lot of variety,” he said with a laugh.

That variety and experience would serve him well in 2015 when he landed the “role of a lifetime” as Jerry Lee Lewis in the Welk Resort Theatre’s production of “Million Dollar Quartet.”

“I had been trying for years to be a part of the touring show, so as soon as I found out they were bringing ‘MDQ,’ I knew I had to be a part of it,” he said. “The Lord works things out the way he wants ... and someone else originally was cast, then something happened, and I ended up with the role, which I am so grateful for.

“I loved that role.”

After two seasons, Brooks had “vocal issues” and decided to step away in order to save his voice, as well as protect the integrity of the show.

“It was the hardest decision I’ve ever made in my life,” he said.

Once his voice was finally on the mend, Brooks decided he was ready to do his own show and had several opportunities to play aboard cruise ships.

He eventually returned to Branson and before he knew it, he was tapped to be a member of Stevie Lee Woods’ band, which then led to an opportunity to host “The Piano Man Xperience” at the Branson Star.

“This show is all about the musical influences I’ve had throughout my life and my whole career,” he said. “There’s people who you’ll remember as being ‘piano guys,’ and we also do music from artists who influenced me, stylistically.

“This isn’t really a ‘genre-specific’ show. We do a whole lot of everything.”

According to Brooks, the show features hits from artists including “Little” Richard,” Billy Joel, Elton John and of course, Jerry Lee Lewis.

“It wasn’t like I was just throwing a show together or trying to get something together just to get on stage,” he said. “I’ve been performing a version of this show out on ships and other venues, so when I got the offer to fill these slots, I was all but ready to go.”

Showtimes for “Piano Man Xperience with David Brooks” are 8 p.m. Sunday and Monday, and 2 p.m. Wednesday.

“He’s a real cool, laid back kind of guy and it really is a great show,” Brooks said. “It’s a very eclectic mix of stuff. He does some blues, some rock, some other things throughout the show, but if you’re a hard-core country music fan, you’re going to love this show.

“Plus, at the end of the year, they’ve got some pretty big acts set to come in.”

The original intention of “Nashville Roadhouse Live” was to bring “national touring acts” to the Branson stage, but due to the pandemic, many of those acts have been pushed back to the fall.

While Woods and company have had to reshuffle the lineup, that doesn’t mean they aren’t still featuring acts with national acclaim. In fact, this weekend sees   country music songwriter Leona Williams and her son Ron join Woods and the band. Local favorite George Dyer will serve as a guest next weekend, July 31 and Aug. 1, and Derek Ventura and the cast of “Doo Wop and the Drifters” will headline the show Sept. 4 and 5.

In addition to being a big part of the Branson Star Theatre “Rhythm and Blues Brunch with David Brooks” also takes place every Sunday at Choices Concert Hall.

“It was originally going to be a straight up blues show, but then we thought by adding rhythm and blues, that would open things up to a lot more music,” he said. “The band includes Boyd on guitar and some vocals, Leech on bass and Oney on drums, so we’re having a great time.”