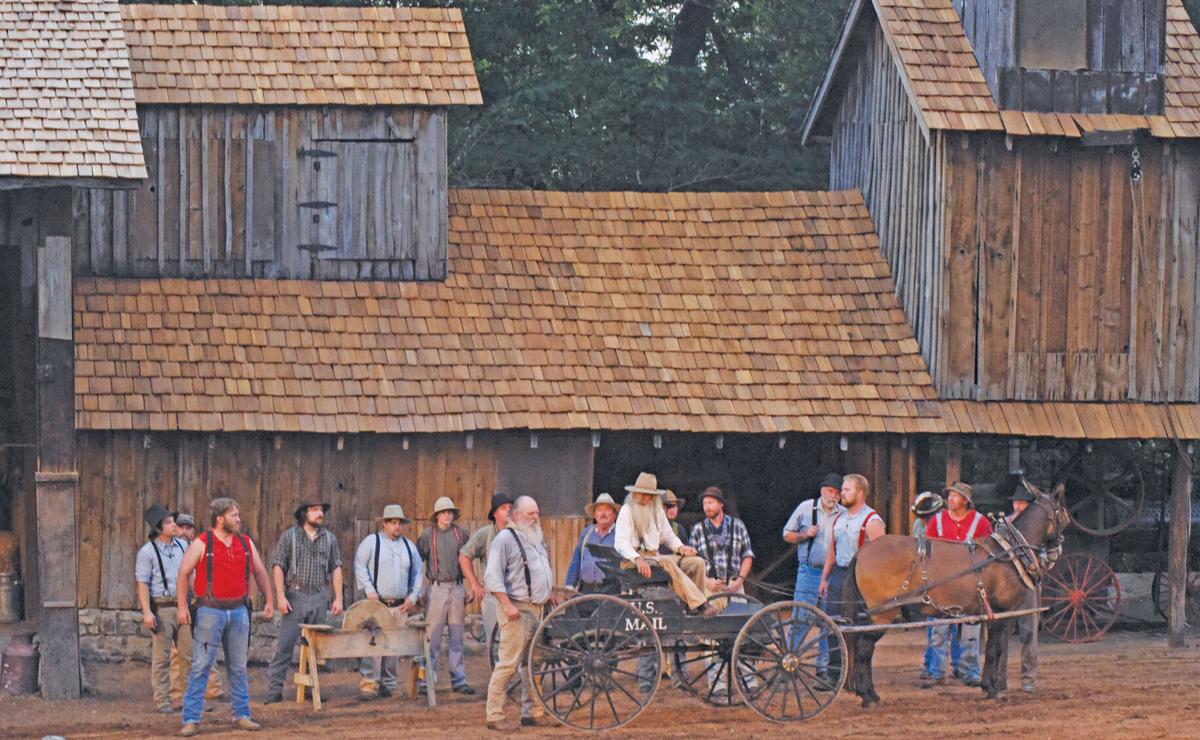 The Shepherd of the Hills Outdoor Drama features more than 90 actors and a wide variety of animals all performing on a stage the size of a football feild. 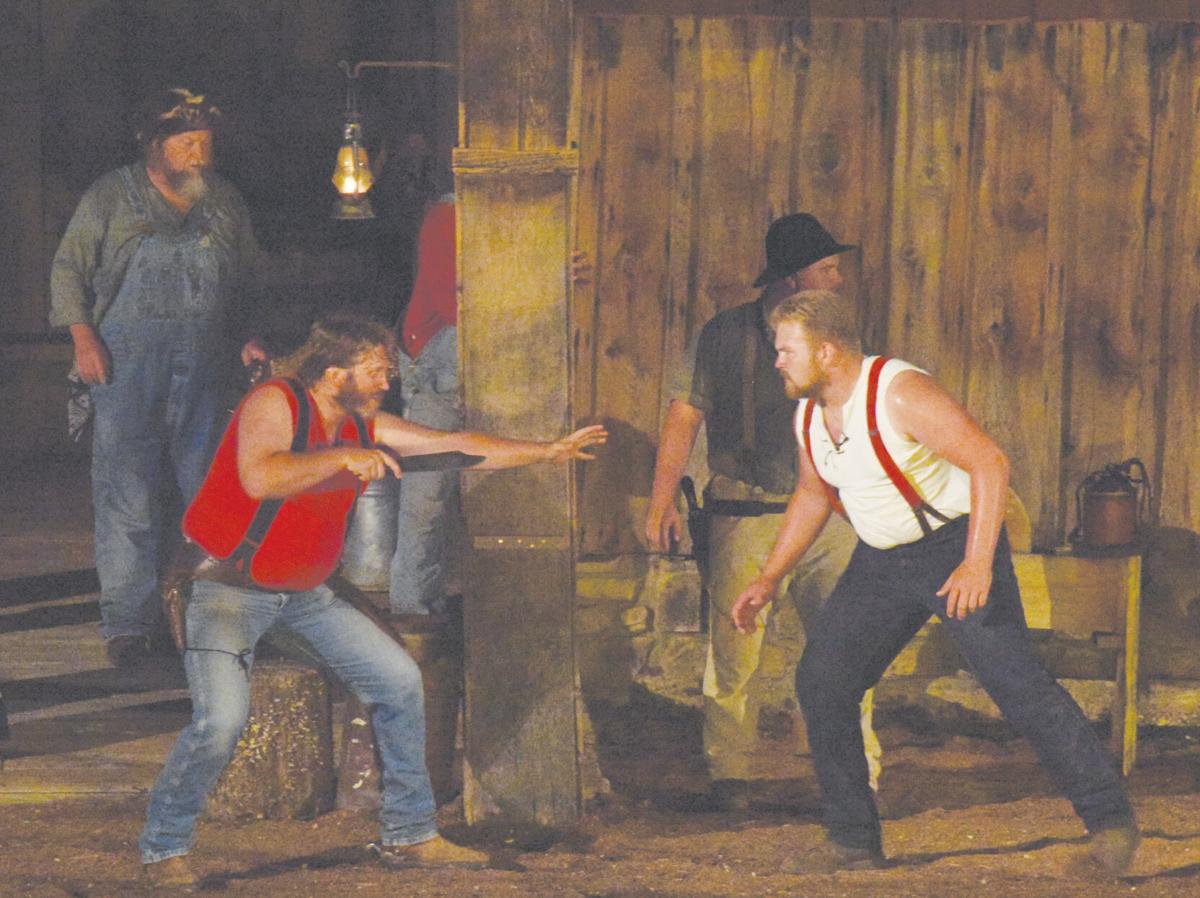 The Shepherd of the Hills Outdoor Drama features more than 90 actors and a wide variety of animals all performing on a stage the size of a football feild.

The outdoor drama was first performed on Aug. 6, 1960 at the Old Mill Theatre. Featuring more than 90 actors and actresses and a wide variety of animals, the production is performed on a stage the size of a football field.

During the production, audiences are introduced to an assortment of interesting and colorful characters, including Old Matt, the pillar of the community, his wife Aunt Mollie and his son Young Matt, who becomes the hero of the tale. The beautiful Sammy Lane, the villainous Wash Gibbs, the vigilante Baldknobbers gang and more all come together to help transport attendees back in time to the wild and untamed era of the 1800s.

In honor of the show’s 60th Anniversary, Shepherd of the Hills General Manager Jeff Johnson said they plan to celebrate with a performance of the show with a few extras on Saturday.

“Primarily the show, but we will have a little bit of a ceremony to go along with that, with presentations and slideshows and that kind of thing. We can’t really do a whole lot to celebrate during this COVID thing, but at the same time we wanted to do something,” said Johnson. “It’s just a little bit of a slideshow with some old photos during the middle of it and then a small presentation and then a speech.”

As part of the celebration, Johnson added they are inviting all former cast members that can to join them for the show.

“Former cast members will get two free tickets and then they can buy additional tickets at half off, which is the local rate for any family members that want to come,” said Johnson. “We certainly wanted to invite them all. They basically just have to call the box office. If they’re a former cast member they can call the box office, give them their name and the part they played and they’ll take care of it from there.”

The Shepherd of the Hills production is a live reenactment of the well-known novel by Harold Bell Wright, which was published in 1907.

Falling in love with the Ozarks and the people of the area, Wright chose to not only set his novel in the Ozark mountains, but to also use the people around him as inspiration for his novel’s characters. During his visit to the area, Wright would often camp outside the homestead the John and Anna Ross, who became the inspiration for Old Matt and Aunt Millie Matthews.

After Wright’s novel was published, readers began to flock to the area to experience Old Matt’s Cabin and the people that he immortalized in his novel. Following the death of John and Anna Ross, Springfield resident Elizabeth McDaniel, aka Miss Lizzie, purchased and moved to the Ross homestead. During her time on the property, Miss Lizzie was the first to host reenactments of the novel, right on the front lawn of Old Matt’s Cabin.

Dr. Bruce and Mary Trimble purchased the homestead following Miss Lizzie’s death and began adding additional features to the property, which included turning Old Matt’s Barn into a gift shop in 1946 and constructing a wooden tower on Inspiration Point in 1949. Following the death of Dr. Bruce, Mark Trimble continued to fulfill his father’s dream for the homestead and build a theatre out of the Old Mill.  On Aug. 6, 1960, the Old Mill Theatre welcomed it’s first guests.

Keith Thurman, an actor who performed as “Young Matt” for several seasons, stepped up to take over as director of the drama in the early 1980’s, a  role he still holds today. After spending more than five decades on the homestead, Thurman is also known as the resident historian of the property. In 1985, Gary Snadon, who performed previously in the drama as Wash Gibbs, took over the property and built the Inspiration Tower, started the Trail of Lights and instituted the Vigilante Extreme ZipRider.

In July 2017, Jeff Johnson and Steve Faria announced themselves as the new owners of the historic homestead and outdoor theatre. Since their purchase of the property many new elements have been introduced to the homestead, including a ropes course, ATV adventures, the Shepherd’s Mill Restaurant and Sammy Lane’s Sweets N’ Treats.

For the second year in a row, USA Today recently named The Shepherd of the Hills Adventure Park as the No. 1 Adventure Park in America. Johnson said he attributes the evolution of the property to their back-to-back recognitions.

“We won that award last year and we were fortunate enough to win it again this year. So that’s been a whole different thing in terms of who we are and the evolution we’re seeing as a park. In addition to that we’ve added Shepherd’s Mill Restaurant and we’ve added Sammy Lane’s Sweets and Treats, which has the best ice cream in the area,” said Johnson. “So all of those things are new compared to the last few years. Those have opened in all the last year or so. It’s a lot different in a lot of ways, but we still have the same play that we’ve been putting on since 1960 and we’re still showing the same respect to the heritage of it.”

While the current and former actors and staff will not be able to have a proper mixer or meet and greet due to the pandemic, Johnson said it’s still exciting to celebrate 60 years.

“Certainly there will be an element of people getting to see one another in the theatre, but … we won’t be able to have (former cast members) down on the set. That’s the bummer of it all, that they wont be able to do that. But at the same time we couldn’t let the date pass without trying to do something and have an event, however restrictive that event maybe we still wanted to have something.”

The Shepherd of the Hills Outdoor Drama is performed every Tuesday, Thursday and Saturday at 8:30 p.m. Tickets can be purchased online or by calling the box office at 417-334-4191.

Historical information on The Shepherd of the Hills was gathered through a combined method of the historical notes at theshepherdofthehills.com/history and Branson Tri-Lakes Newspaper Archives.

For additional history on the outdoor drama and other homestead features and adventures, visit theshepherdofthehills.com.