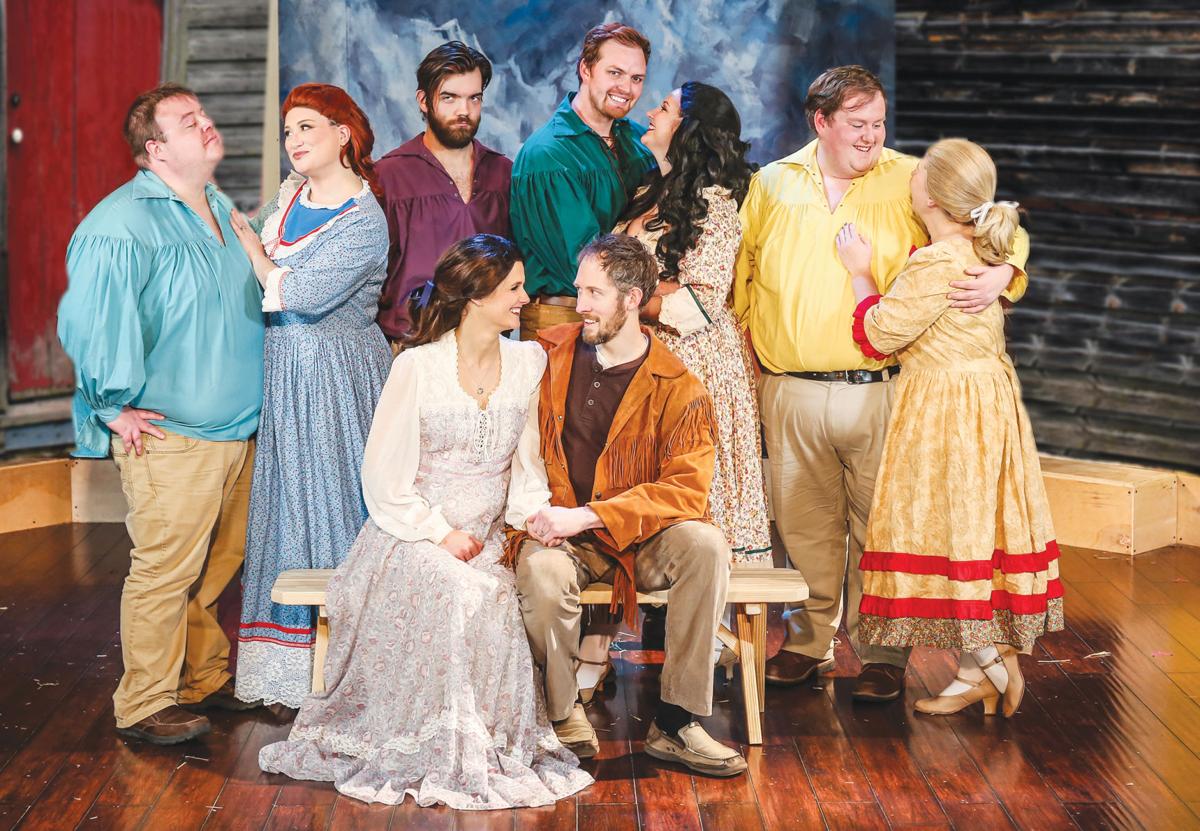 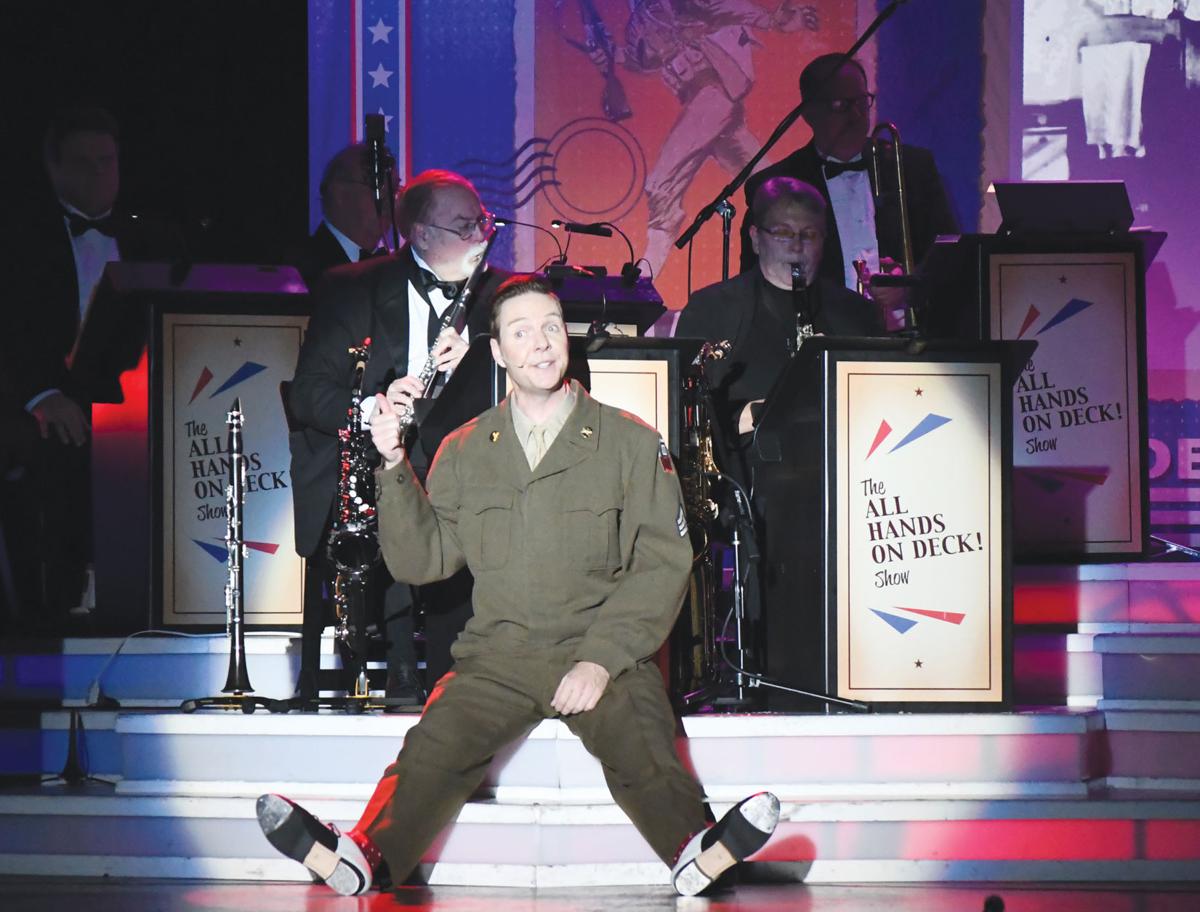 Greetings my LoyalReader(s), and welcome to the latest edition of the Branson Beat, your home for all the news on the Branson entertainment scene.

‘Seven Brides for Seven Brothers’ at the Owen

The Branson Regional Arts Council, BRAC, is gearing up to present the popular stage musical “Seven Brides for Seven Brothers,” based on the Academy Award winning MGM musical film by the same name, at the Historic Owen Theatre in downtown Branson. Shows are set for 7 p.m. Saturday, as well as Nov. 7-9. 2 p.m. shows are scheduled for Nov. 3, 9 and 10.

According to a release, the cast of 26 actors and actresses and the crew have been in rehearsal for more than six weeks.

“I applaud our incredible production team for their seamless transition as we go from one show to the next,” says BRAC Executive Director Jim Barber.

“This will be the ninth major theatre production that the Arts Council has been involved this year, and it promises to be one of our biggest and best, especially if you are a fan of classic Broadway musicals filled with tons of singing and dancing throughout.”

“Seven Brides for Seven Brothers” centers around Adam and his six unruly brothers, who are cleaned and trained up by Milly, Adam’s spirited new wife, and six other savvy women.

“Whether you attend for a heady exploration of its thematic elements or to simply sit back and enjoy the spirited song and dance, it is my sincerest wish that you enjoy ‘Seven Brides for Seven Brothers,’” said Show Director Jordan Alexander-Holt, who also choreographed the production.

“We are thrilled anytime we can incorporate a talented area artist into our set designs, and the full stage backdrop of this production features a hand-painted mountain scene by world renowned artist Kwaku Addai, who was born in the small village of Asamang in the Ashanti region of Ghana, Africa,” Barber said. “Kwaku is now a resident of Branson and currently featured in our art exhibit at the Branson Convention Center Gallery.

“We are grateful that he lent his talents to help transform this historic stage into the majestic mountains of Oregon.”

Advance reserved tickets are available, and highly recommended, by calling the box office at 417-336-4255. Patrons may also select and purchase their own seats online at BransonArts.org/tix.

With Friday’s official kickoff of Ozark Mountain Christmas, several special Christmas shows will get rolling, or have already opened, all over town.

One of the area’s largest show venues, Sight & Sound Theatre, will again feature “The Miracle of Christmas.”

During this holiday favorite, guests travel back in time to Bethlehem as the original Christmas story unfolds all around them. The journey features  Mary and Joseph, a flock of shepherds, and three wisemen, their camels and many more live animals, all coming to life on stage.

At the Welk Resort Theatre, Daniel O’Donnell returned for another run.

Billed as Great Britain’s most successful easy-listening country entertainer, his first chart hit single in the UK was the 1992 hit “I Just Want to Dance With You,” which was later covered by George Strait. After garnering success in Europe, O’Donnell set his sights on America. Since his first special on PBS, O’Donnell has appeared in six more programs. His Christmas shows sell out early and often.

Another performer who is a favorite with locals returns with “Cassandré the Voice of an Angel Christmas Spectacular” taking the stage at the Americana Theatre every Tuesday from Nov. 5 through Dec. 17.

The show features the husband and wife team of Cassandré and Timothy Haygood, along with the Stardust Band, billed as “Branson’s Largest Live Orchestra.” The show will feature music from the 40’s through the 80’s, including country, pop, Broadway, gospel and more, as well as Christmas hits and standards.

At the King’s Castle Theatre, the “Christmas Wonderland” show opened last week. Billed as “one of Branson’s largest holiday productions,” the show features “a sparkling cast of singers and dancers takes you on an unforgettable and magical sleigh ride to a grand Christmas extravaganza.”

The “Christmas Wonderland” show features a full cast of singers, dancers, holiday sets, production numbers and more, all with a decidedly Broadway feel.

Dick Clark’s American Bandstand Theater will again be home to the Brett family and “The Brett Family Christmas Show.”

This show, which features two hours of wall-to-wall Christmas tunes, stories, and even their original “mini-play called “I’ll Be Home For Christmas,” in one of the best Christmas experiences in town.

In addition to ceremonies, reunions, banquets and more, there are also plenty of entertainment options with a decidedly patriotic slant going on throughout the celebration.

The folks from the “All Hands on Deck Show” at the Dutton Family Theatre return this week for their fantastic and fun show perfect for Veterans Homecoming Week. The show is billed as a “high-energy WWII Big Band Roadshow, and homage to the days of Bob Hope, featuring the songs, dances, laughs and favorite radio commercials that America has loved for 70 years.”

“Seniors, Veterans, and fans of Jazz-Big Band music just love our show—and we love sharing our musical message of patriotism with folks all across the U.S.A., especially in Branson,” said  the show’s writer, producer and star Jody Madaras. “They really seem to enjoy our songs because they can sing-along with us.”

As far as song selections, “All Hands on Deck” features classic commercials, tight harmonies, skits, Broadway-style tap dancing, and 42 of “the greatest American songs ever written.”

“Our mission is to help bring America back together again—to help restore American unity by reigniting patriotism through our songs and dances,” Hill said. “They are timeless. Student actors, singers and dancers really love coming to the show because it exposes them to Broadway caliber performers, and teaches them a little American history too.”

Tuesday afternoon, the “Vets for Vets” show will return to the Mansion Theatre. Doors open at noon, and showtime is 1 p.m.

Other familiar faces on the “Vets for Vets” show include Barbara Fairchild with Roy Morris, The Bretts, Brandon and Megan Mabe of the Baldknobbers, George Dyer, Gordy and Debbie, Negdra Culp’s Salute to Aretha Franklin, Army veteran Janice Martin, The Golden Sounds of the Platters with Vietnam veteran Eddie Stovall and others.

“Vets for Vets” is a free show for vets and their families. No tickets are issued and seating is on a first-come basis. It is one of several events that serve to kick off Veterans Homecoming Week, Nov. 5-11. A donation for the Branson Veterans Task Force will be received.

“Vets for Vets” is designed as a USO-style production. The celebration show is made up of active duty military or veterans who are entertainers, and includes former United Service Organization (USO) alumni. It is produced by sponsors and donations.