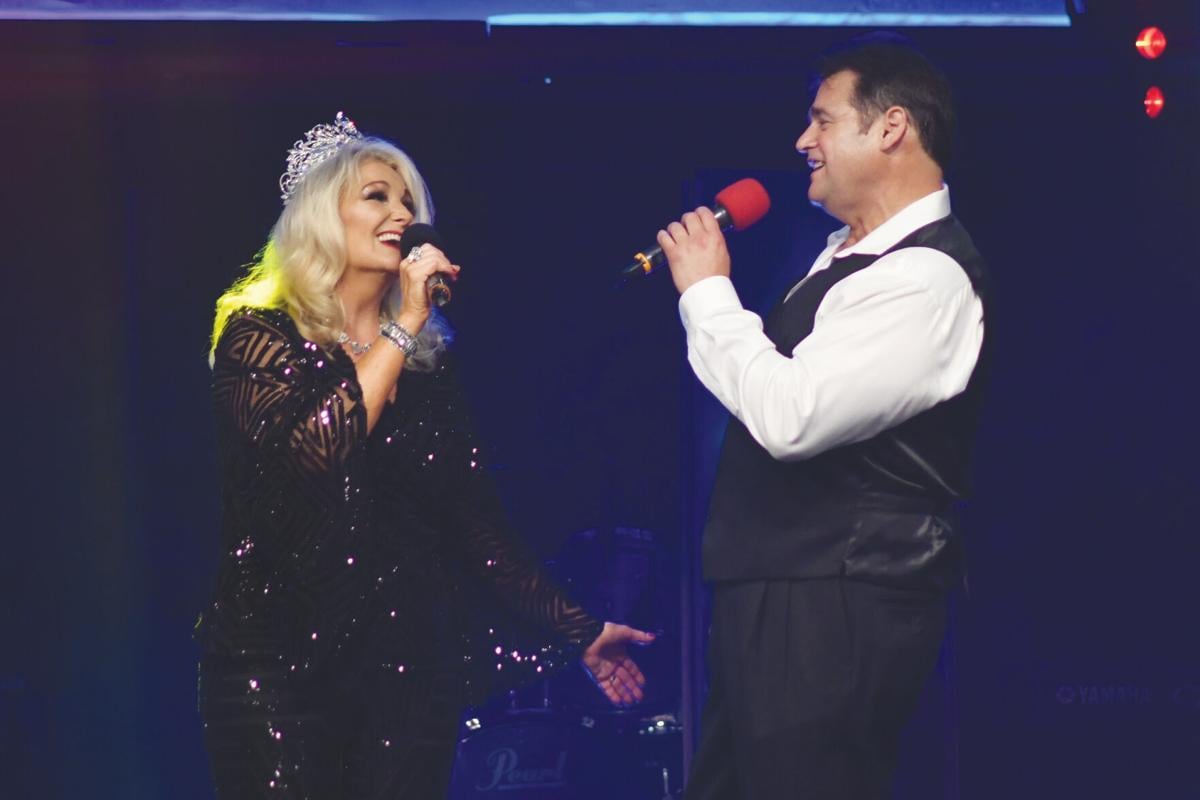 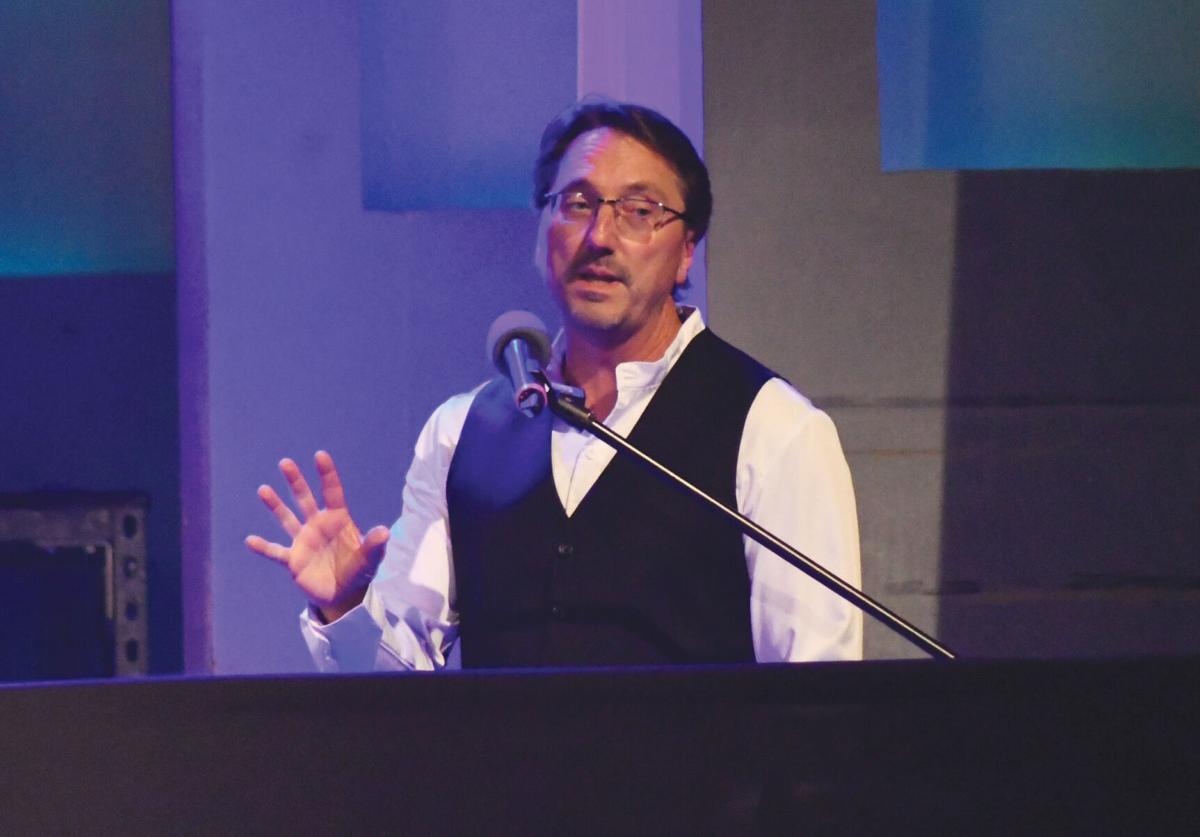 As emcee of the show Mark Sander introduces the audiences to the next song and the impression to come with it.

As emcee of the show Mark Sander introduces the audiences to the next song and the impression to come with it.

Following the success of their mid-August showcase, Famous Impressions has announced plans to return to Branson with performances for the rest of the 2020 show season.

Starting on Oct. 8, Famous Impressions will find themselves back at the Hughes Brothers Theatre, where they will be performing shows every Monday and Thursday at 2 p.m. and Saturday’s at 10 a.m. through Dec. 19.

Doug Stiel and Cindy Bea, the voices behind Famous Impressions, have been together on stage for more than 20 years. While they mostly performed in Las Vegas at a variety of casinos and convention centers, the duo also found themselves traveling across the United States to perform for private parties, traveling tours and even political events.

After visiting Branson a few years back, Stiel and Bea fell in love with the area and made plans to return with a show. Recently joined by Business Manager and Show Emcee Mark Sander, the now trio held a showcase on Aug. 19 at the Hughes Brothers Theatre to determine if they would be a good fit for Branson.

“There was a high percentage of ‘this is very likely’ and ‘they would like to see this show in Branson’ and ‘it is a great show,’” said Sander. “There was a high percentage of positive responses that came out of it. There was about 100 that actually put comments on the cards and there was some advice to, like you could do this different or do that better, but overall it was really good.”

Stiel added that what they experienced at the showcase and the resulting feedback was completely awesome.

“TripAdvisor went nuts and we’re so thankful to them, because that’s a big deal here in the area. On TripAdvisor, the comments on there were amazing. Seriously outstanding. We couldn’t have been more pleased with the responses. Then some people may have thought it’s a Vegas act coming here, but I think we won them over during the show,” Stiel said. “We are different. We’re not going to deny that. We’re a different flow. We’re a different tempo.”

For the incoming show, Stiel said they plan to have approximately two 45 minute sections, separated by an intermission. But for people who caught the showcase, he added that their weekly show will include some additional yet to be seen features.

“I think we might sprinkle a little in from some of our other shows. Like a song here or a song there that we didn’t get to last time,” said Stiel. “We’ll rearrange some things and get them in, but it’s going to be pretty similar, but we may rotate some different songs here and there. The humor’s always different, because there’s always different people we go after.”

For the show, Stiel provides many of the impressions, which range from Elvis and John Wayne to Johnny Cash and Jack Nicholson to Bill Clinton and Donald Trump. While Stiel brings the impressions to the stage, Bea brings out the showstoppers with songs matching the talents and performances of icons such as Crystal Gale and Karen Carpenter.

Based on the comments from the showcase, Stiel shared that they’ll also look to include another feature audiences responded well to.

During the show, the trio of entertainers all agreed that instead of just performing they really strive to have more of a conversation with the audience as the show progresses.

“Our goal is to really connect with them,” said Bea. “That’s what we want.”

Stiel added, “We want them to leave feeling good like they know us. Then after the show, they act like they know us … We hug and handshake with everybody after the show. So the COVID has stopped that. You’d be surprised by how many people just want to hug. They feel so close to us. We have a receiving line and as they walk out and they walk past us to get out of the theatre and people just fall into our arms.”

After the showcase, the group was surprised, but also pleased to discover how invested and entertained some of the younger crowd members were with their show.

“The kids that were 9, 10, 11 and 12, they loved it. They don’t even know those songs,” Stiel said. “Then we had a huge pocket of 20- and 30-year-olds. They loved it. They don’t know those songs. But they loved the stuff that wasn’t songs to. I mean they listened to the songs, and they had fun, but some of those age brackets loved all the talking. They just dug it, because it’s something that they don’t get.”

For specific show dates and times as well as ticket information call the Hughes Brothers Theatre at 417-334-0076 or visit famousimpressions.com.