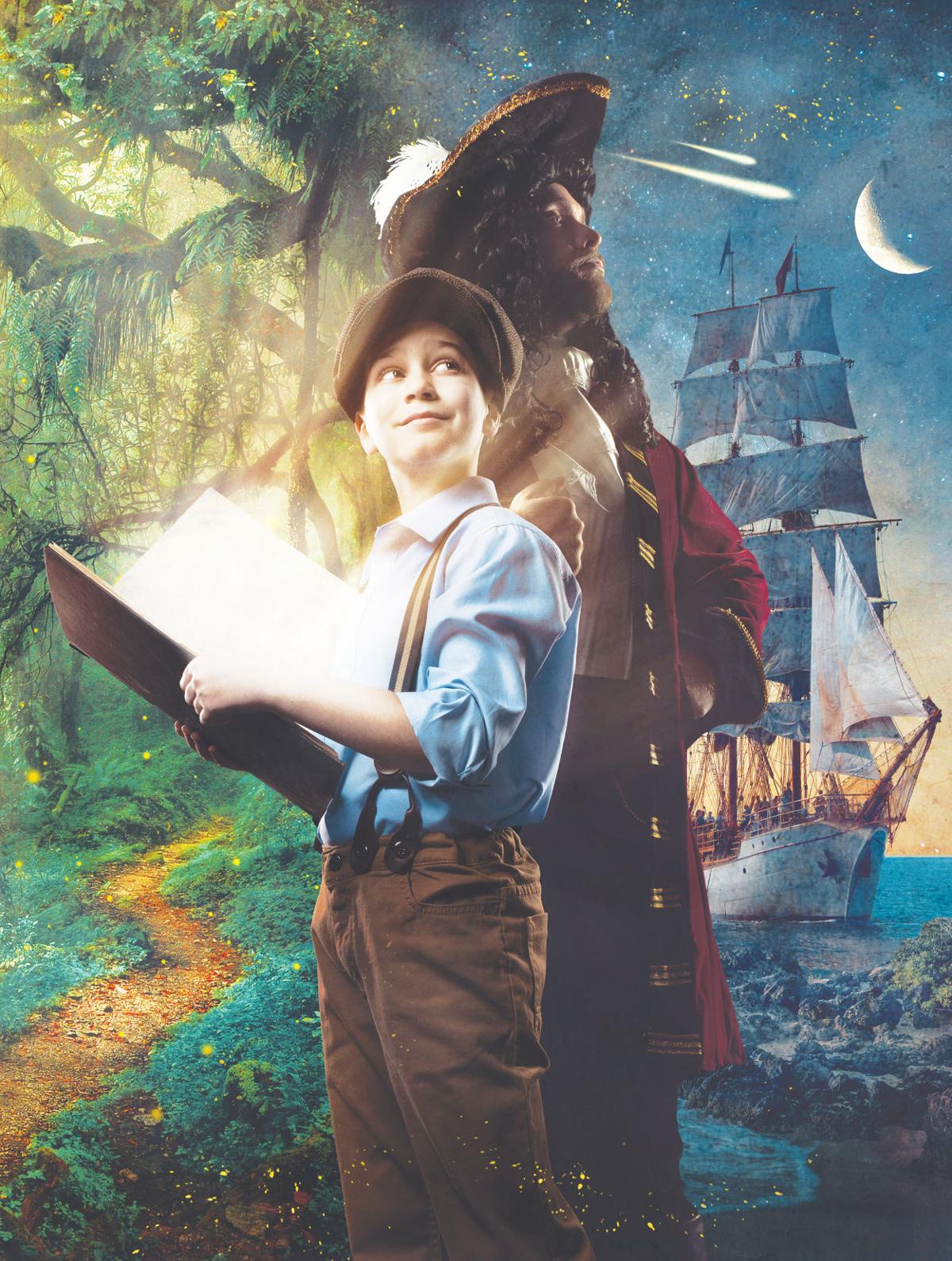 “Reuben’s Swashbuckling Adventure” will debut this weekend at Silver Dollar City as part of the annual Star-Spangled Summer festival. 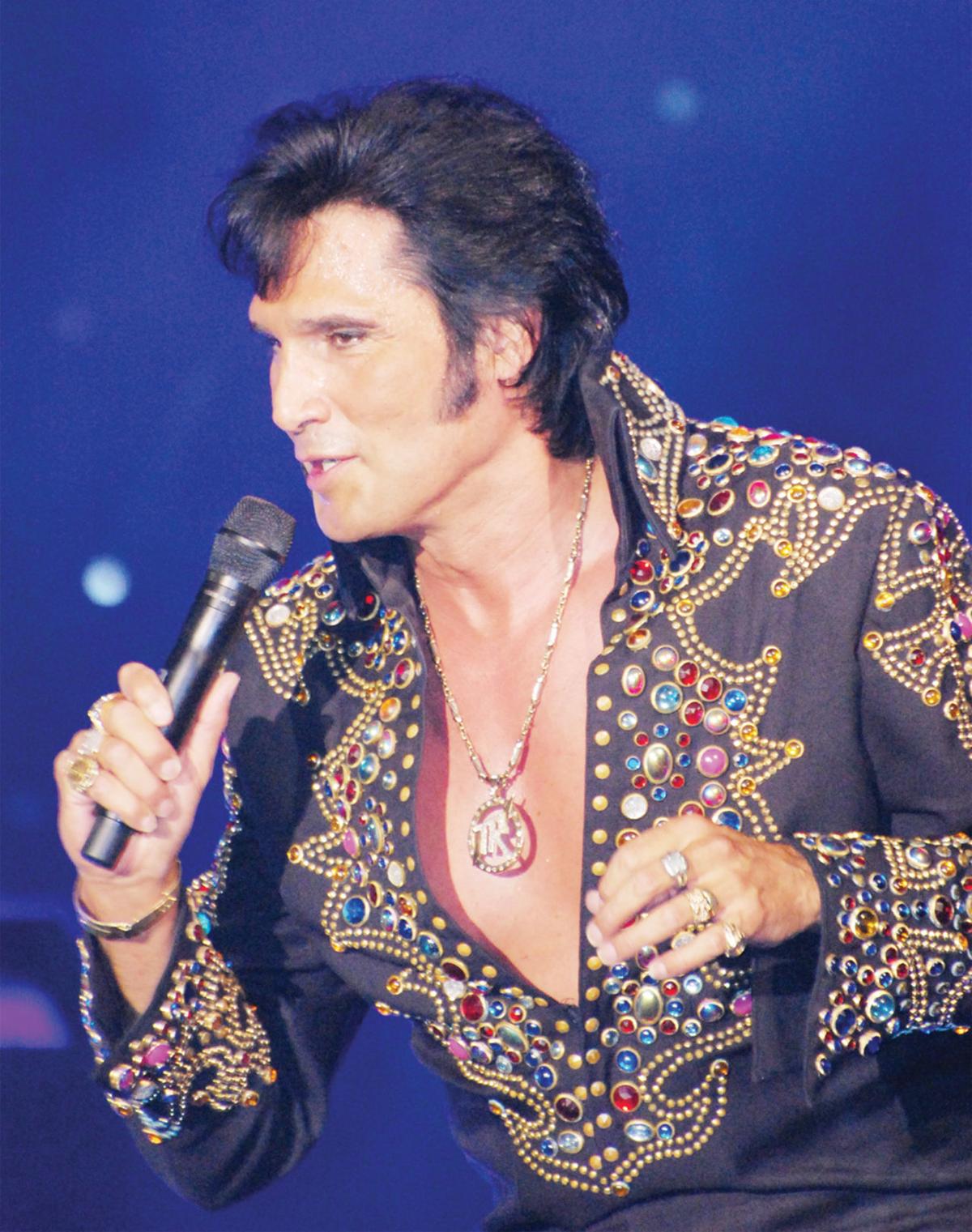 Tony Roi returned to the Branson stage last month and is set to perform shows every Thursday, Friday and Saturday night. 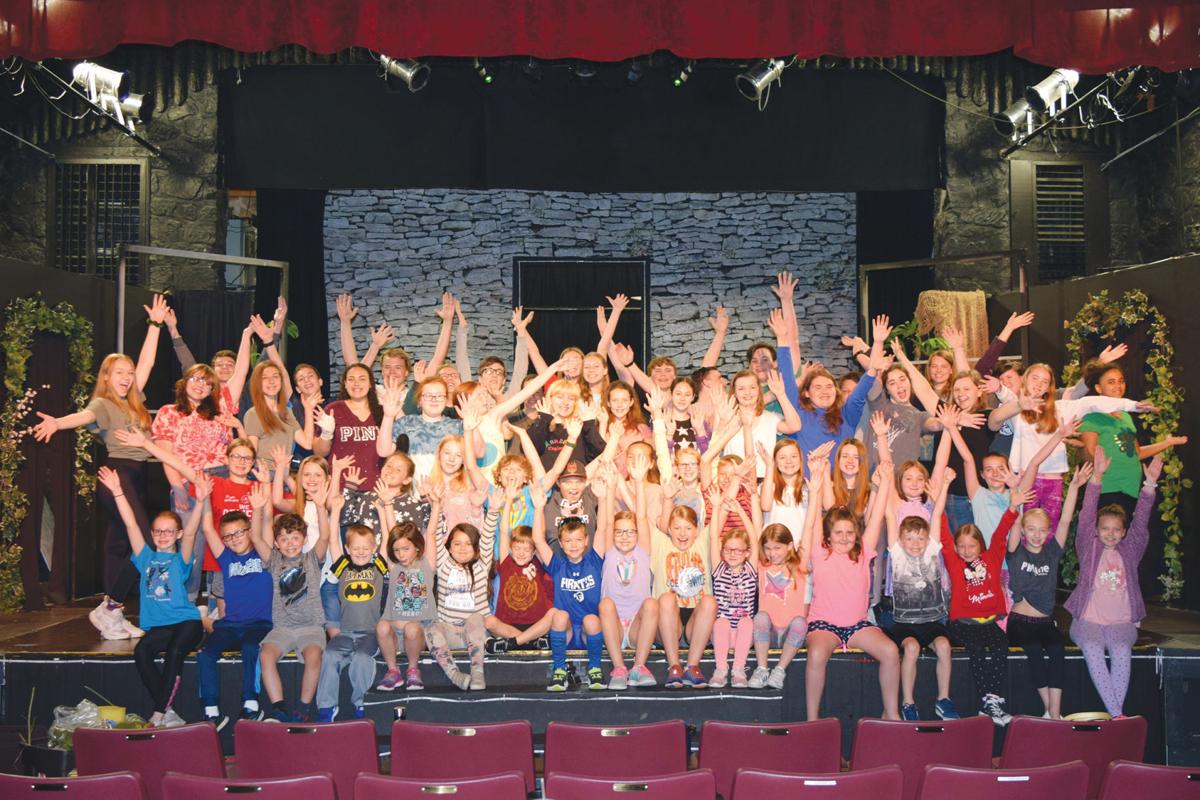 The cast of “Shrek the Musical Jr.” is set to take the stage at the Historic Owen Theatre Thursday at 7 p.m. Shows are set through Sunday at the venue.

“Reuben’s Swashbuckling Adventure” will debut this weekend at Silver Dollar City as part of the annual Star-Spangled Summer festival.

Tony Roi returned to the Branson stage last month and is set to perform shows every Thursday, Friday and Saturday night.

The cast of “Shrek the Musical Jr.” is set to take the stage at the Historic Owen Theatre Thursday at 7 p.m. Shows are set through Sunday at the venue.

As always, feel free to drop me a line at jclark@bransontrilakesnews.com, or send me a message via our Branson Tri-Lakes News Facebook page. Now, let’s get to it.

Late last year, the folks at Silver Dollar City, an 1880s-themed, internationally awarded theme park, announced 2019 would be “The Year of Shows & Festivals.” In addition to the more than 40 rides and attractions the park is known for, Silver Dollar City is also featuring a lineup that strongly builds on “Branson’s famed tourism industry of live entertainment and production shows,” with a “new era of even bolder entertainment.”

Organizers said they spent millions of dollars on the additions of new and original productions, larger-than-life shows and festival adventures. This weekend will see a stellar lineup of events that perfectly encapsulate this theme.

Friday night will find Rock and Roll Hall of Fame group the Lovin’ Spoonful taking the Echo Hollow stage for the second weekend of the park’s Summer Concert Series.

Some of their biggest hits include “Do You Believe In Magic,” “You Didn’t Have To Be So Nice,” “Daydream,” “Did You Ever Have To Make Up Your Mind,” “Summer In The City,” “Nashville Cats,” and more.

Saturday night will find another iconic group from the 1970s, Blood, Sweat & Tears, playing at Echo Hollow. These jazz-rock stars won Album of the Year at the 1970 Grammy Awards, and their biggest hits include “You’ve Made Me So Very Happy,” “And When I Die” and “Spinning Wheel.”

Seriously, these guys are fantastic, and I can’t wait to see them tear it up Saturday night. The concert series wraps Sunday night with Members Only.

Showtimes for the Summer Concert Series at Echo Hollow is 7 p.m. nightly.

Set in the 1880s, “Reuben’s Swashbuckling Adventure” is the story of a young Ozarkian boy who longs to discover what his future holds. Each scene brings “new surprises, delightful situations and life-changing revelations,” all supported by music that the audience will be humming long after they’ve left the theater.

Folks are awful excited about this one, and I can’t wait to see it for myself. “Reuben’s Swashbuckling Adventure” will run throughout the summer festival.

Also new for summer is a show featuring the world’s youngest magician and illusionist, Kid Magic, starring Kadan Bart Rockett and Brooklyn, direct from a run on “America’s Got Talent.” Clean comedian, magician and juggler Greg Bennick will also perform shows, as will groups including Southern Raised, the Farnum Family, the Dixie Jubilee.

Plus, the new “Dance Explosion” show, where clogging joins the likes of stomp, tap and other dance disciplines

with live performance troupes visiting throughout the summer. The Sons of Silver Dollar and other popular Silver Dollar City mainstays are also back.

Also during Star-Spangled Summer, the park will feature all the rides and attractions they’re known for, including last year’s sensation, the Time Traveler, a  $26 million, record-breaking coaster billed as the “world’s fastest, steepest and tallest complete-circuit spinning roller coaster.” The Time Traveler features a 360-degree controlled spin that delivers high dimension, sensations and perspectives that differ with every car, every ride, every time.

Also still calling the park home is the groundbreaking wood coaster Outlaw Run, voted Best New Ride of 2013 worldwide and featured in Guinness World Records 2015 for Steepest Drop. Additional rides range from the still-launching PowderKeg and the multi-looping roller coaster WildFire, the timeless Fire in the Hole, an authentic steam train and themed ride areas such as Fireman’s Landing with 10 family attractions.

Return of a King: Tony Roi is back

After spending the past few years fighting for his life, Tony Roi, one of my favorite entertainers, and favorite people, in the world, returned to the Branson show scene last month.

Roi will be performing at Grandmas Cafe on Treasure Lake Road across from the Imax Entertainment Complex. Shows are set for every Thursday, Friday and Saturday nights. The evening kicks off at 5:30 p.m. with a dinner of prime rib, baked potato, salad, rolls, drinks and dessert. Pictures with Tony, always a highlight of any Tony Roi show, begins at 7 p.m., and the show starts at 8 p.m.

Roi made a name for himself as one of the most iconic Elvis Tribute Artists of all time on the stages of “Legends in Concert,” and even has several hit tunes of his own in Europe. Roi did his own show, “Tony Roi Elvis and More” in Branson for many years until his health issues began in 2017.

In June of that year, Roi suffered a traumatic brain injury following a fall. According to his family members, the following months were “a roller-coaster of complications and setbacks,” which also saw him slip into a coma for several months. In September of 2017, Roi awoke from his coma and began a long and winding road to recovery.

He needed long-term inpatient rehabilitation therapy to regain his physical and cognitive functions. After making a surprise appearance at the “Ultimate Elvis Tribute Artist Contest” last year, Roi said he was “working hard” for a comeback. During this new show, Roi will perform several Elvis Presley tunes, a few of his own, and several songs that influenced his life and career.

‘Shrek the Musical Jr.’ opens Thursday at the Owen Theatre

“This swamp is huge,” said BRAC Executive Director Jim Barber. “Since we first announced this production in August of last year, enrollment requests for our summer theatre program have increased exponentially. In order to accommodate all 71 participating students, we’ve added additional teaching, directing, and other support staff to create two separate casts of kids, who will perform three shows each.”

“Shrek the Musical Jr.” is based on the Oscar-winning DreamWorks Animation film and the Broadway production that received 12 Drama Desk Awards and eight Tony Award nominations, including Best Musical.

The young stars of “Shrek the Musical Jr.” range from 6-18 years of age. In addition to learning their music, choreography and dialogue, many also assist with set construction, decor and costuming. The entire production came together after three weeks of challenging classes, culminating in six limited performances.

“The financial investment we make in each of our theatre productions at the Historic Owen Theatre is very high,” said Barber. “For this particular production, we were very honored to receive a generous grant of assistance towards our licensing fees from Neighbors and Friends of Table Rock Lake. This organization understands and appreciates what the Arts Council is doing for all residents in our community, especially our youth.”

Advance reserved tickets are recommended and available online at BransonArts.org/tix or by calling the box office at 417-336-4255.

According to a Facebook post from May 30, the awesome but unused Black Oak Mountain Amphitheater in Lampe is set for a rebirth sometime in the near future.

The post stated “remodel and clean-up is underway. New owner hopes to have a soft-opening later this Summer or early Fall. Stay tuned.”

The 6,000-seat amphitheater originally opened in 1983 as Swiss Villa Amphitheater, right around the same time “big name” entertainers were beginning to flock to Branson. The theater was later renamed Black Oak Mountain Amphitheater.

While Branson stages featured some of the top names in country music, the amphitheater started out as a venue for rock bands. Def Leppard, Lynyrd Skynyrd, Steppenwolf and Ozzy Osbourne all performed there. Despite the early success, the amphitheater was closed in 2000.

Seven years later, the amphitheater made news once again when a large trash barrel left burning started a fire and destroyed the stage. The amphitheater was purchased, renovated, remodeled  and reopened in 2010, and it was awesome. The new Black Oak played host to such artists as B.B. King, Steve Martin, Buddy Guy and Earl Scruggs.

Following the 2013 season, the amphitheater was closed and put on the market. In its final year, the venue saw only four shows, Tim McGraw, Journey, Lynyrd Skynyrd and Trace Atkins, less than half the number the venue hosted in 2010.

The doors to the amphitheater closed in August, 2013, following the Journey concert.

While little else is known about the return of this venue, I must say I’m excited to see what’s in store for a place that holds so many memories for so many folks who call this area home. Heck, I still hear folks taking about how awesome Ozzy was, and that was more than 30 years ago.

Now, if only the new owners could do something about the nightmarish two-lane road leading to the venue, as well as the hellish parking situation, it would be one of the coolest and most picturesque venues in the country.

Hopefully, more information will soon be available at blackoakmountainamp.com. Keep reading Branson Live, as well as the Branson Tri-Lakes News for more.