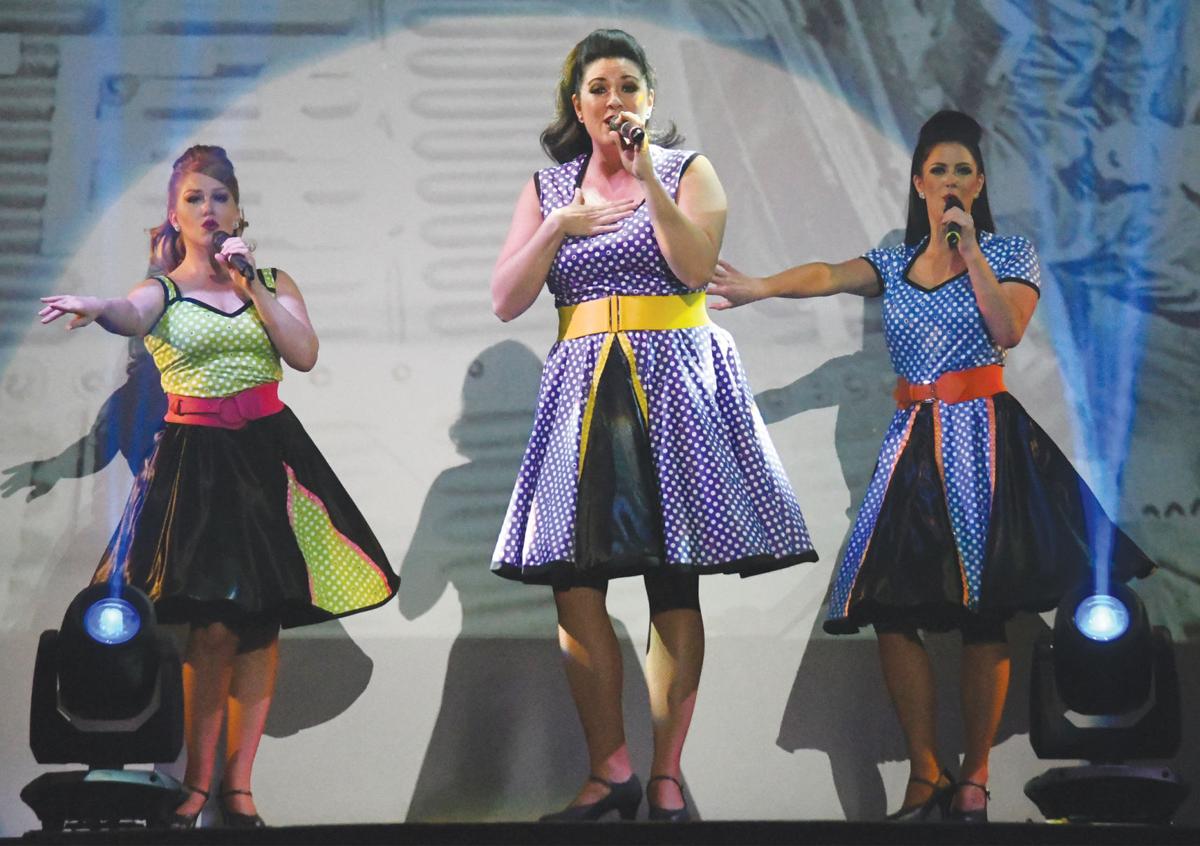 Kelly Parrish, from left, Stephani Powers Haygood and Kaylee Riggins headline “#1 Hits of the 60s” at the Clay Cooper Theatre. 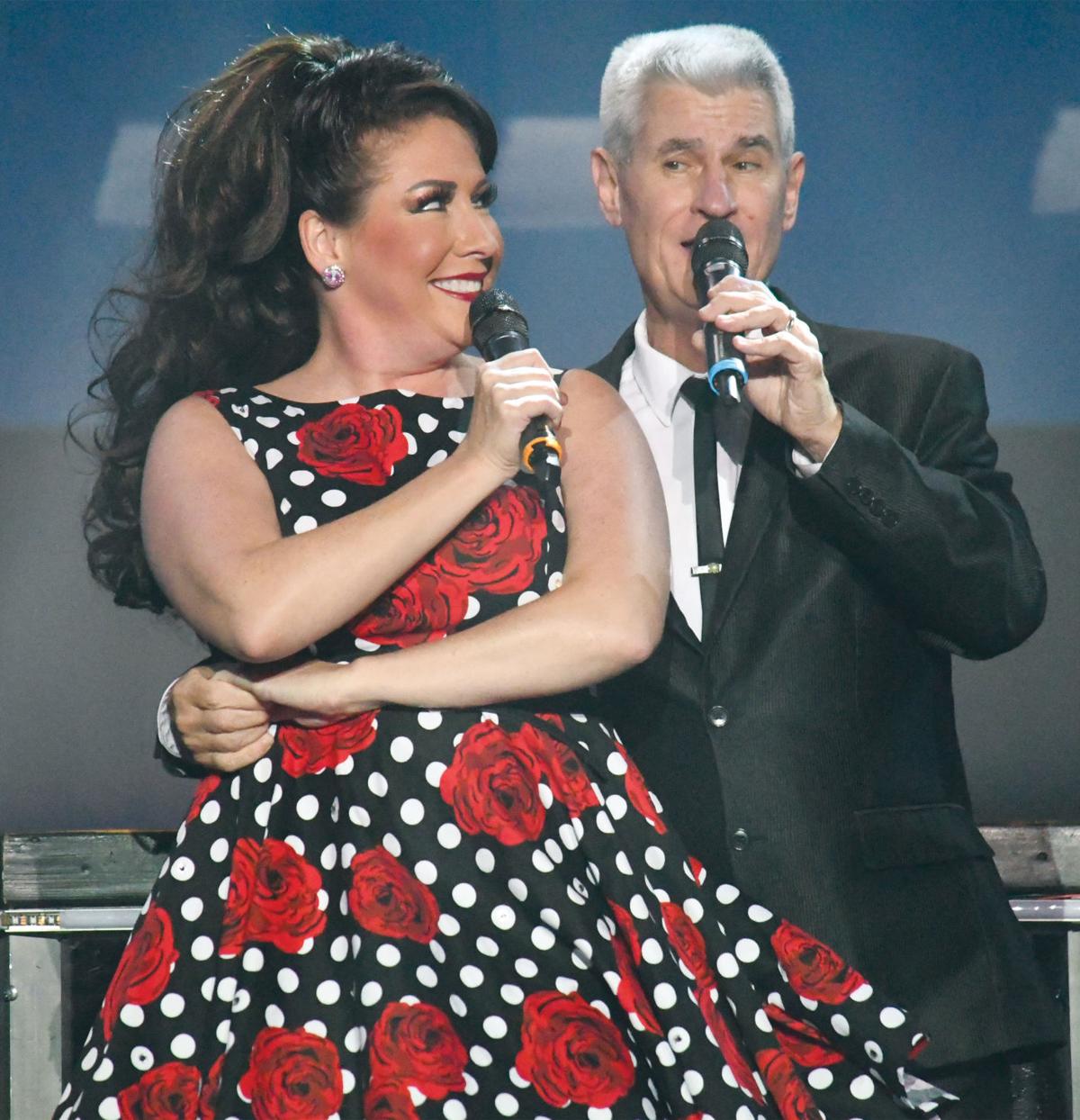 Amber Campbell and Matt Muhoberac again star in “#1 Hits of the 60s” at the Clay Cooper Theatre. 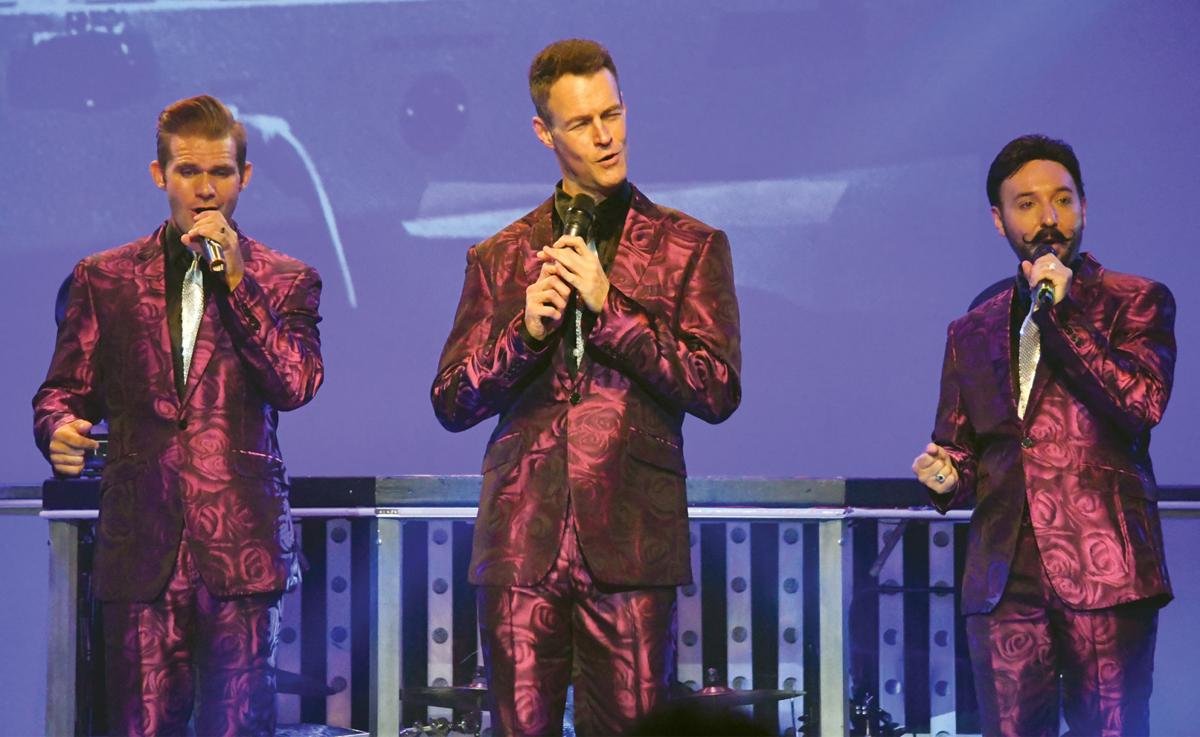 Jordan Dickison, from left, Eric Dalton and Michael Jason Frost belt out a tune at “#1 Hits of the 60s.” 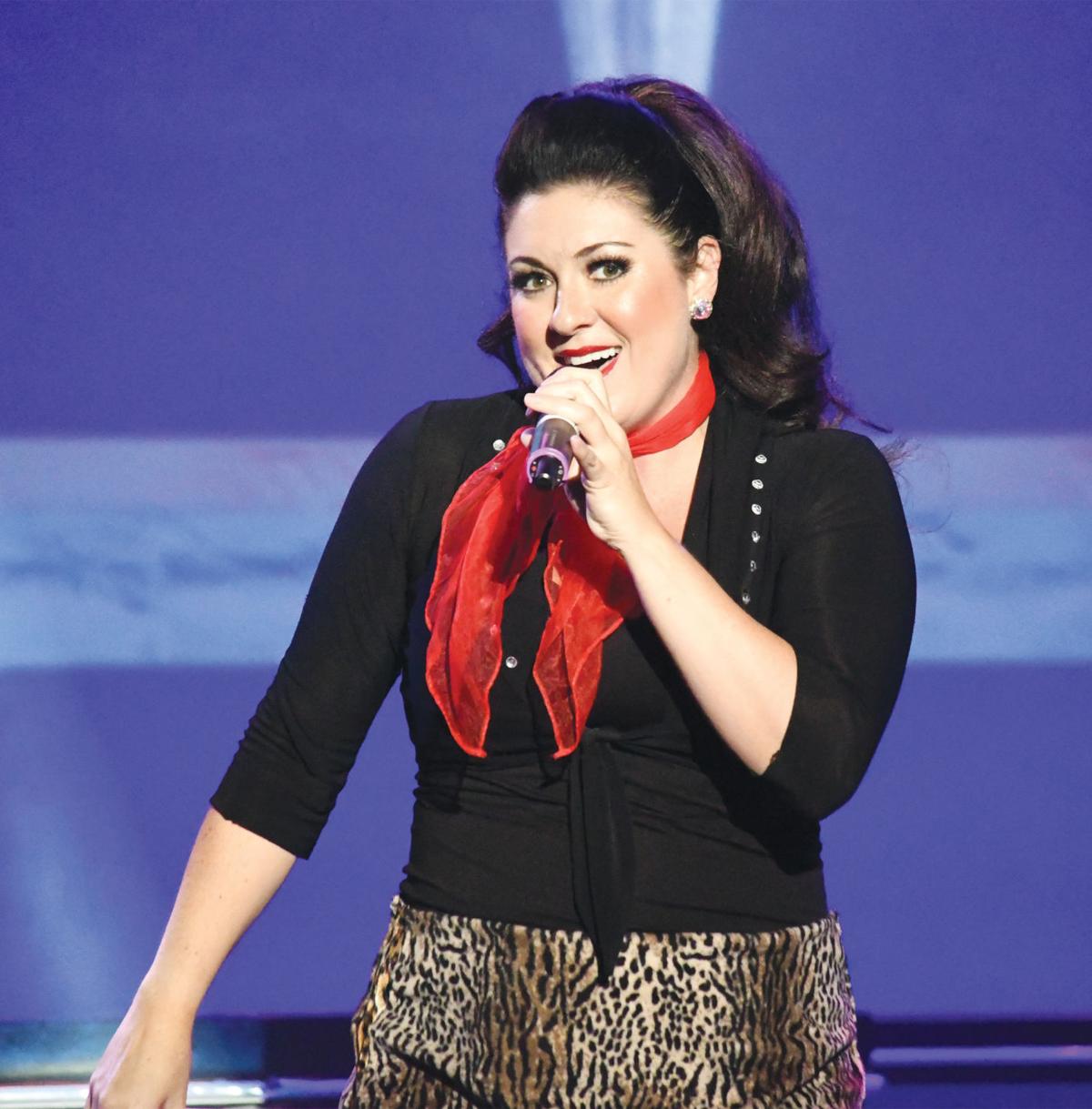 Stephani Powers Haygood is the newest member of “#1 Hits of the 60s. 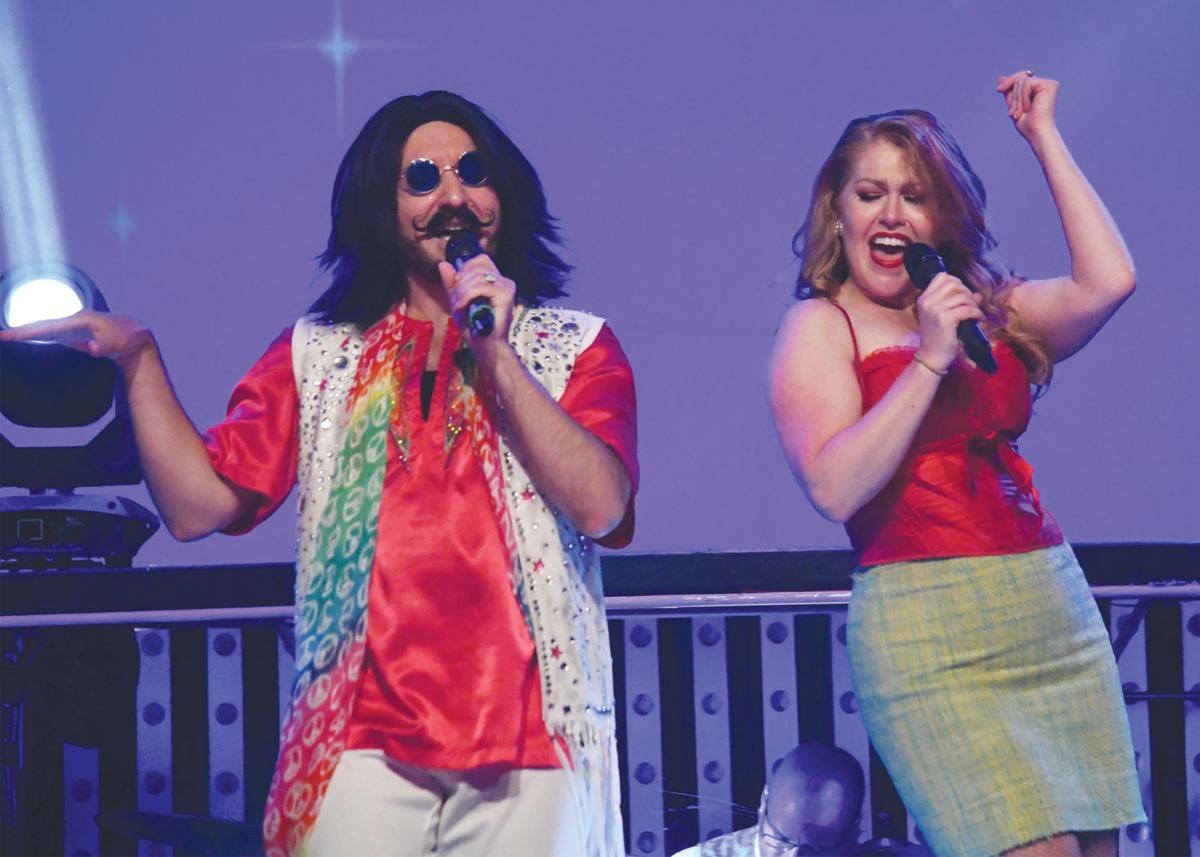 Michael Jason Frost and Kelly Parrish getting ready for the school dance during “#1 Hits of the 60s” last weekend at the Clay Cooper Theatre. 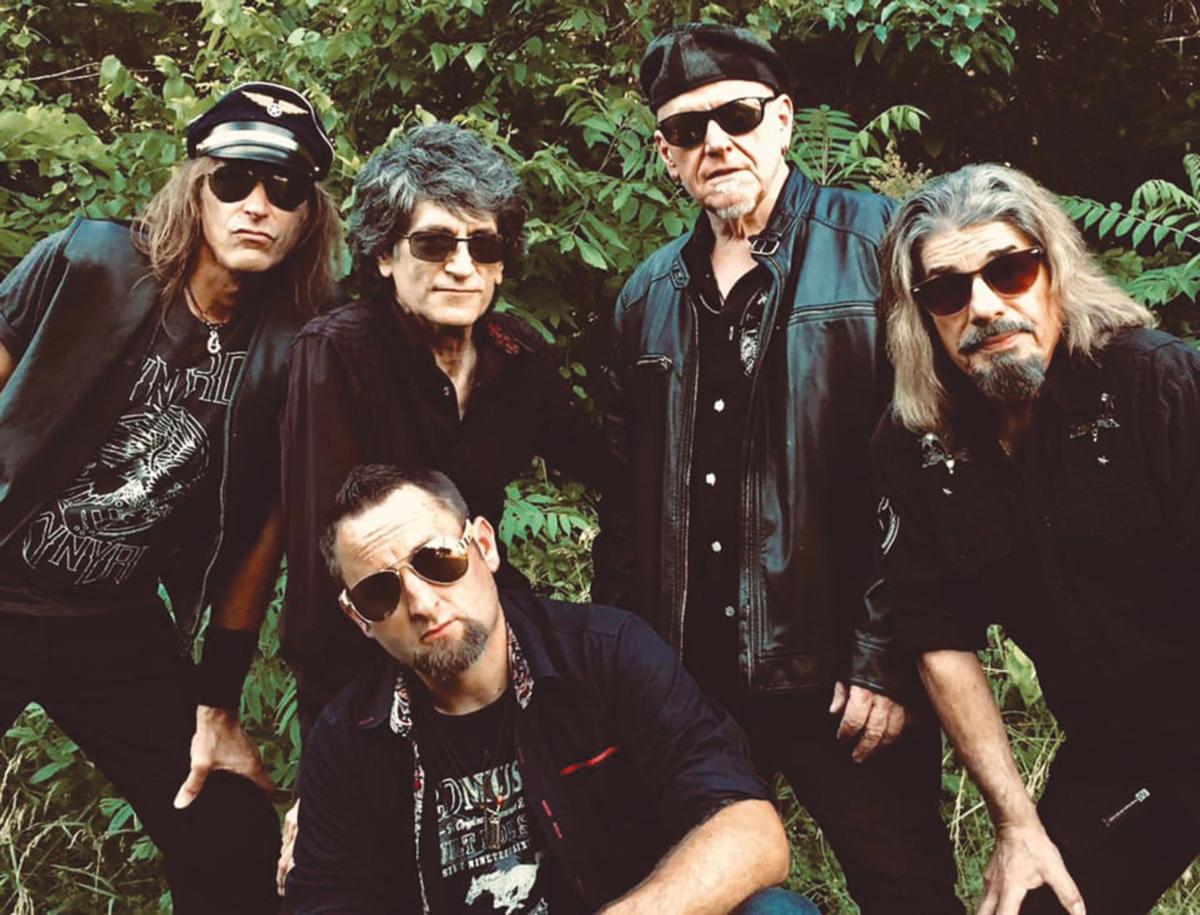 Kelly Parrish, from left, Stephani Powers Haygood and Kaylee Riggins headline “#1 Hits of the 60s” at the Clay Cooper Theatre.

Amber Campbell and Matt Muhoberac again star in “#1 Hits of the 60s” at the Clay Cooper Theatre.

Jordan Dickison, from left, Eric Dalton and Michael Jason Frost belt out a tune at “#1 Hits of the 60s.”

Stephani Powers Haygood is the newest member of “#1 Hits of the 60s.

Michael Jason Frost and Kelly Parrish getting ready for the school dance during “#1 Hits of the 60s” last weekend at the Clay Cooper Theatre.

As always, feel free to drop me a line at jclark@bransontrilakesnews.com, or send me a message via our Branson Tri-Lakes News Facebook page. Now, let’s get to it.

As many of my Loyal Reader(s) know, the “#1 Hits of the 60s” show at the Clay Cooper Theatre has been, and continues to be one of my personal favorites here in Branson. Not only has the husband and wife team of Amber Campbell and Matt Muhoberac, who also own and produce the show, taken their production to awesome heights over the past two decades, last season they took home “Show of the Year” at the Branson Terry Music Awards, which was a well deserved honor.

This good time show features some of the best music from some of the most iconic artists of the era that defined rock ‘n’ roll, while also serving as a time capsule for one of the most important and tumultuous decades ever. From “girl groups” to doo wop, bubble gum to the British Invasion and everything between,  “#1 Hits of the 60s” has it covered.

Also, this production has one of my favorite veteran’s tributes anywhere. The songs, presentation, lighting, video and most importantly, the crowd reaction, are pitch-perfect and truly tough to beat.

While it’s obvious they care about the content, message and execution of the show, it’s all for naught without a talented cast. Lucky for them (and us), they have uber-talented entertainers in spades as Kelly Parrish, Kaylee Riggins, Stephani Powers Haygood, Jordan Dickison, Michael Jason Frost and Eric Dalton headline the production.

Even though they’re all talented individuals, the fact they’re forced to tackle so many different artists and tunes is quite the daunting task, but they’re all up the challenge.

Then, consider while they’re trying to cover more than 100 tunes, they’re also dancing their hearts out in nearly every single number, and what they do becomes that much more impressive.

While I’m not aware of a scientific formula available to prove this statement, I’d be willing to bet this is the “hardest working cast” in Branson, and that’s saying something.

I would be remiss if I didn’t give a shout out to the Hit Men Band, consisting of Muhoberac on keys, guitarist Josh Carroll, Bass Player of the Year “Big” Mike Williamson, saxophone specialist Ryan Dunn and my man Dino Phillips on drums. These guys flat-out nail every single tune they play, and it’s difficult to imagine this show without them.

Add in stellar lights and sound thanks to Troy Coin and Chris Jones, as well as an excellent venue experience at the Clay Cooper Theatre, and you’ve got an afternoon experience that is extremely tough to beat.

The Black Oak Mountain Amphitheater, located just south of Branson in Lampe, is set to reopen Saturday with a special concert event featuring a handful of local and regional favorites.

The new owner, John M. Stauffer II, is a Branson native and has owned several other businesses in this area, including insurance agencies, a construction company and other real estate developments.

This event is set to serve as a “soft open” before some of the “bigger acts” make their way to the area this fall.

So far, Saturday’s lineup is set to feature Joey Herd, the Credence Cool Water Revue band, as well as Lytyl Skynyrd, a band which pays tribute to the late, great Ronnie Van Zant and the boys in Lynyrd Skynyrd. More artists are set to be announced over the next few weeks.

The gates will open at 3 p.m., and the “family-friendly” environment will also include yard games, fun activities, food, beverages and more.

Tickets are on sale at the gate.

Back in April, Stauffer announced via their website the venue would not open May 30, which was to see Justin Moore and Tyler Farr, hitmakers with ties to this area. Moore’s new date is Oct. 10.

One of the area’s most popular performers, Middleton, who helped create and headline the “Down Home Country” show many years ago at Grand Country, possess a vast knowledge of country music, he also has a great voice, and the crowds love him.

This week’s “Bad Choices Band” is set to include Dino Strunk on lead guitar, Greg Moody on steel guitar, Garrett Massengale on drums and the fantastic Clay Cooper on bass. I can’t wait for this one. Call 417-320-6242, or visit choicesentertainment.com.