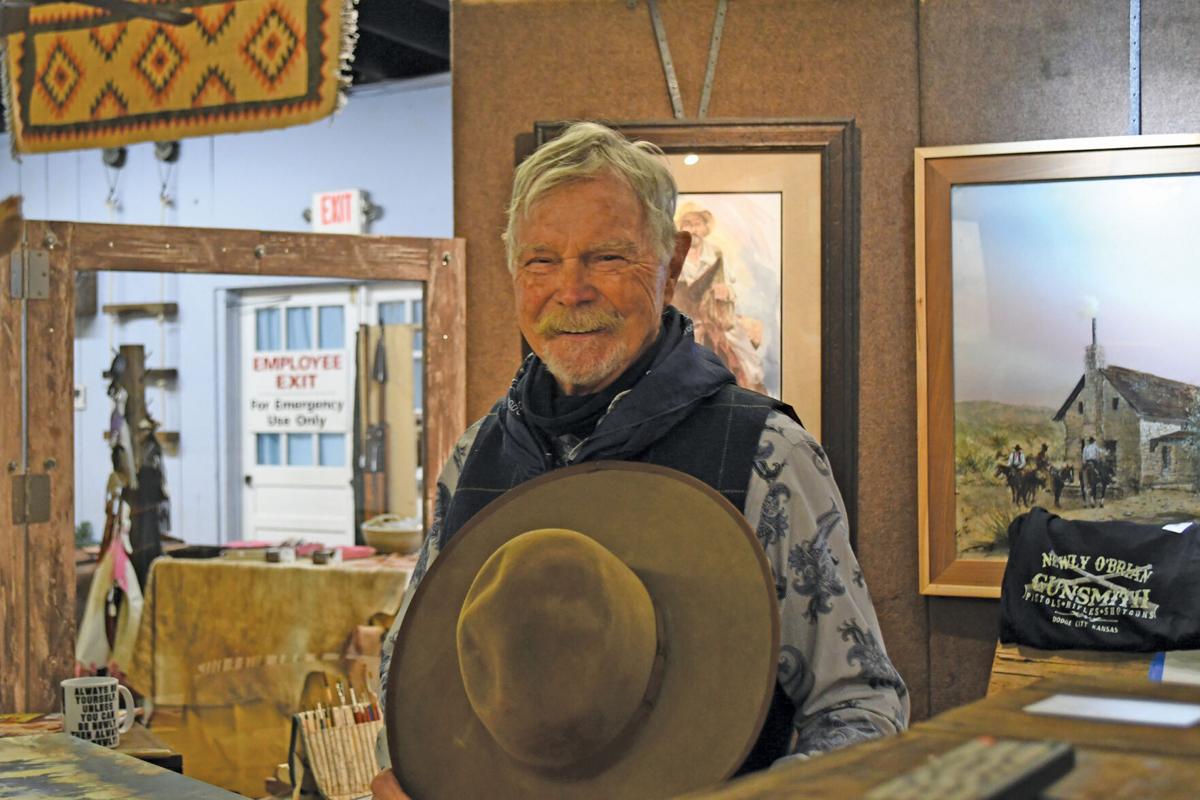 Buck Taylor has returned to Silver Dollar City again this year for the Annual Harvest Festival. Taylor can be found inside the Carousel Barn as part of the Cowboy Emporium. 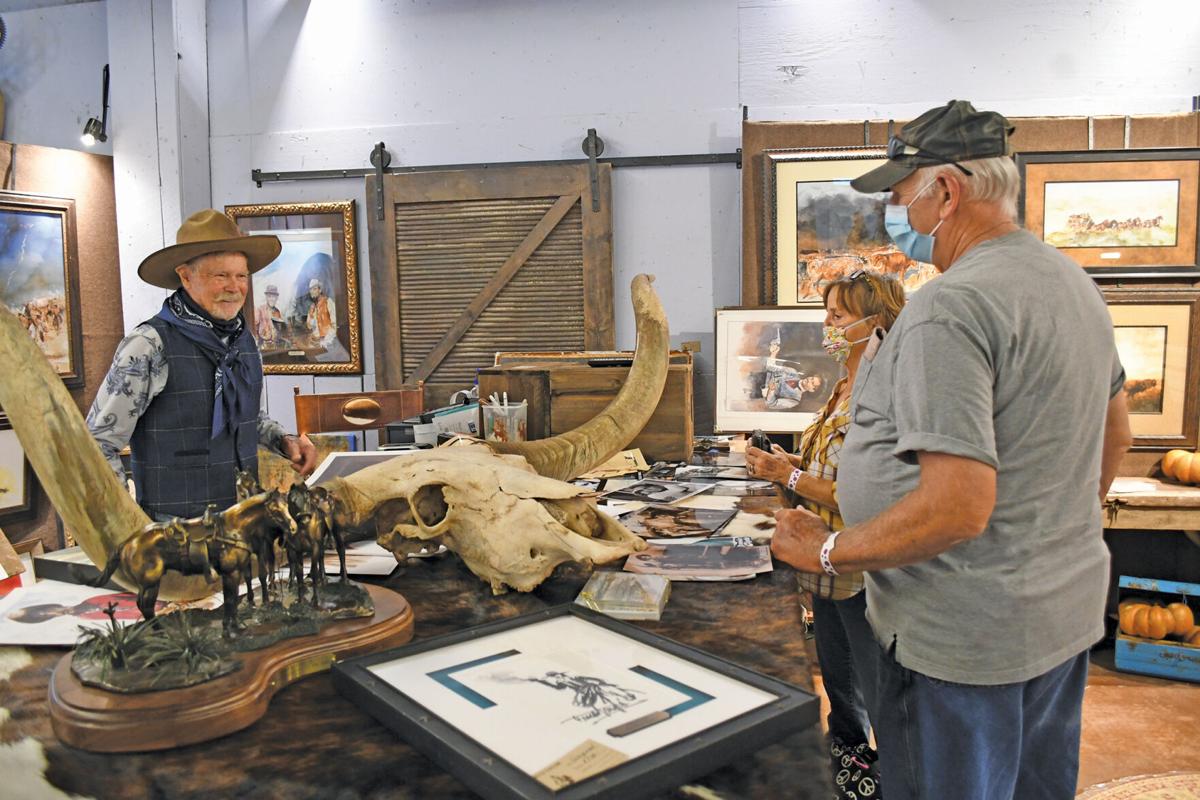 Buck Taylor visits with Larry and Barbara Buescher of Cuba, Missouri at his booth at Silver Dollar City. 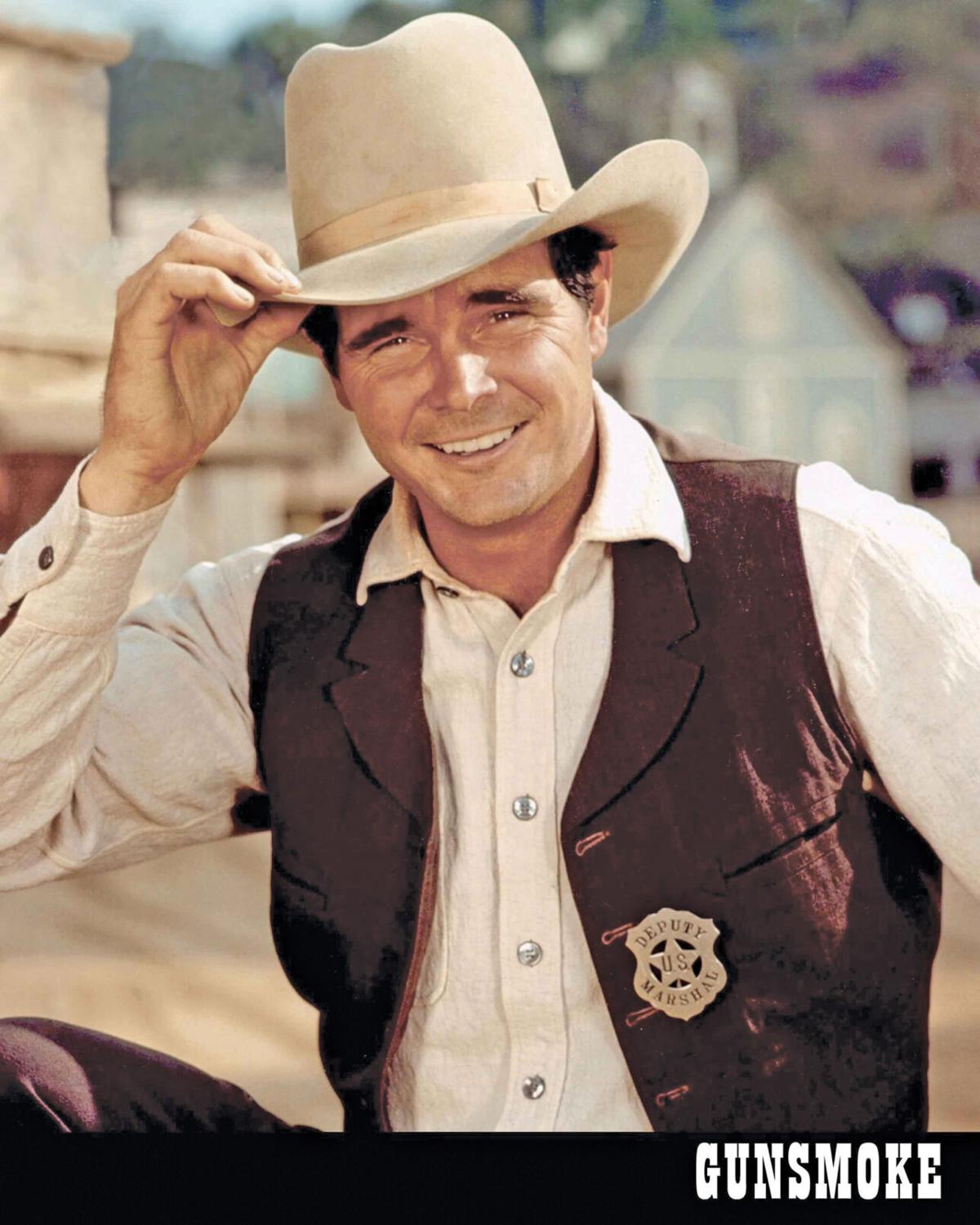 From 1967 to 1975 Buck Taylor starred as Newly O’Brien in the long-running television series “Gunsmoke,” which was on the air for a total of 20 season. 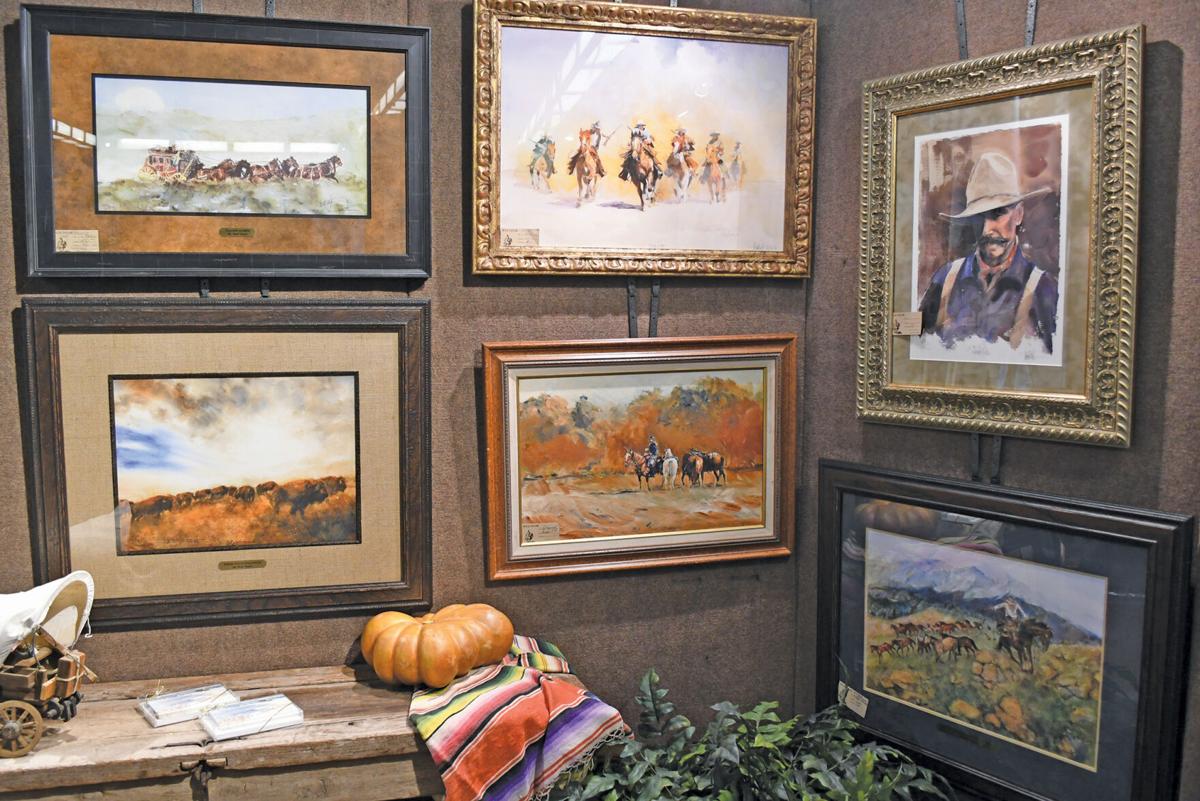 At his booth at Silver Dollar City, Buck Taylor has brought along a number of his paintings, many of which depict a western theme or even himself.

Buck Taylor has returned to Silver Dollar City again this year for the Annual Harvest Festival. Taylor can be found inside the Carousel Barn as part of the Cowboy Emporium.

Buck Taylor visits with Larry and Barbara Buescher of Cuba, Missouri at his booth at Silver Dollar City.

From 1967 to 1975 Buck Taylor starred as Newly O’Brien in the long-running television series “Gunsmoke,” which was on the air for a total of 20 season.

At his booth at Silver Dollar City, Buck Taylor has brought along a number of his paintings, many of which depict a western theme or even himself.

Silver Dollar City has once again welcomed legendary actor and artist Buck Taylor back to the 1880s Theme Park as part of its annual Harvest Festival featuring Crafts, Cowboys and Pumpkins.

Inside the historic Carousel Barn, park guests can find Taylor, alongside several other talented craftsmen, cowboys and artists, standing alongside a multitude of his art pieces. While Taylor eventually followed in the footsteps of his father, actor Dub Taylor (“The Getaway,” “The Wild Bunch”), he originally found himself studying art at the University of Southern California.

“When I was a young boy, all I wanted to do is draw and that was the beginning,” said Taylor. “I wanted to be a painter, and that’s all I cared about was painting. I was familiar with acting and movies and all that, but I just wanted to paint.”

When Taylor eventually found his way into the entertainment world he made his acting debut in television episodes such as “The Outer Limits,” “Don’t Open Till Doomsday,” “Dick Powell’s Zane Grey Theatre” and “The Monroes.”

“It all started with my dad. Watching him make wild west movies when I was a little boy. I decided I want to be one of them too. Be an artist, but also a cowboy,” said Taylor. “That’s where all that started. It’s been a great life. I embrace it. My love of the west and western heritage.”

Taylor’s big break came in the form of a character named Newly O’Brien, which became a recurring character from 1967 to 1975 in the long-running television series “Gunsmoke.”

When asked about getting cast in “Gunsmoke” Taylor said with a laugh, “I got lucky.”

Taylor added, “The first time that I ever walked into the Long Ranch dressed like Newly and I looked at Matt Dillon, Miss Kitty, Doc and Festus and Sam the Bartender and I’m thinking, ‘Wow. I’m part of this now?’ I had been watching it and been an actor for eight years before I ever went on Gunsmoke. It was a strange feeling, but a great feeling.”

Since “Gunsmoke” ended, Taylor has gone on to star in more than 100 film and television projects over the years, including “Hell or High Water,” “Tombstone,” “Dallas,” “Walker, Texas Ranger,” “Wild Wild West,” “The Mist” and “Cowboys and Aliens.” Most recently, Taylor has joined the cast of the Kevin Costner led television series “Yellowstone,” as recurring character Emmett Walsh.

Influenced by the people and the western landscapes surrounding him on movie sets, Taylor began creating and selling watercolor and acrylic paintings featuring characters and scenes from the movies and television series in which he’s appeared. Taylor said he also gets a little inspiration from above.

Taylor explained that he enjoys traveling to different venues with his artwork, which has led him to a variety of places across the country, including Silver Dollar City, off and on, for the last 15 years.

“Marty Schmitt who used to work here found me in Louisiana at an art show and brought me here. It’s been a wonderful experience. I love the Ozarks. I love Branson. I love the people. It’s been really enjoyable to be here and a part of this,” said Taylor. “My wife and I had dinner down on the Branson Landing last night. Beautiful place. We’re thinking of looking for some real estate maybe. Branson has a lot to offer, and it’s beautiful country.”

Taylor added that when an artist puts their work up in a gallery, there’s a chance they’ll never get to meet the person who purchases it, which is why he prefers to create an opportunity to meet those who buy his artwork face-to-face.

“I like to interact with people, or I couldn’t do this. Some people you see somewhere just sit in a chair and (have their head down). You come into my space, I’m going to acknowledge you. You don’t have to buy anything, but I will acknowledge you and talk to you. That’s the way I do it. It might not be the right way, but it’s my way. I thank God every day, all day long, just because I can,” said Taylor. “My dad was really good with people in that way. Why not be? If you have the opportunity to make someone smile or laugh, that’s pretty good.”

When asked by a fan at his Silver Dollar City booth if the cast of Gunsmoke were having as good of a time on the series at it appeared, Taylor confirmed that it was always fun.

“It wouldn’t have lasted that long if we weren’t. If we hadn’t have been friends and liked each other, it wouldn’t of shown on screen,” said Taylor. “If you’re watching and you said, ‘I think they’re actually friends.’ We were.”

Another fan at his booth mentioned her love of Taylor’s abstract art pieces, which he also happily responded to.

“I paint those for me, but people seem to like them,” said Taylor. “I get realistic sometimes, so you can see who it is. This is a brand new addition I did from a mini-series called “The Sacketts” (Pointing to a partially finished project). So I’m going to do a series of paintings for that like I’ve done for “Gunsmoke” and like I’ve done for “Tombstone” and in the future I imagine something from “Yellowstone.””

Alongside his many paintings that are showcased for sale at Silver Dollar City, Taylor has also brought along autographed photos of his characters and other memorabilia for fans to purchase.

When the sun begins to set, Silver Dollar City transforms into Pumpkins in the City, as thousands of hand-carved pumpkins begin to glow. At Pumpkin Plaza, park guests can visit with pumpkin artisans, participate in a number of glow-in-the-dark activities, enjoy several fall-themed goodies and treats and have the chance to ride their favorite park rides at night including the all new Mystic River Falls, which features long winding rapids, an eight-story rotating lift and a waterfall being billed as the “Tallest drop of a water ride in the western hemisphere.”

For more on Buck Taylor and his career as an actor and an artist or to purchase a painting visit bucktaylor.com.