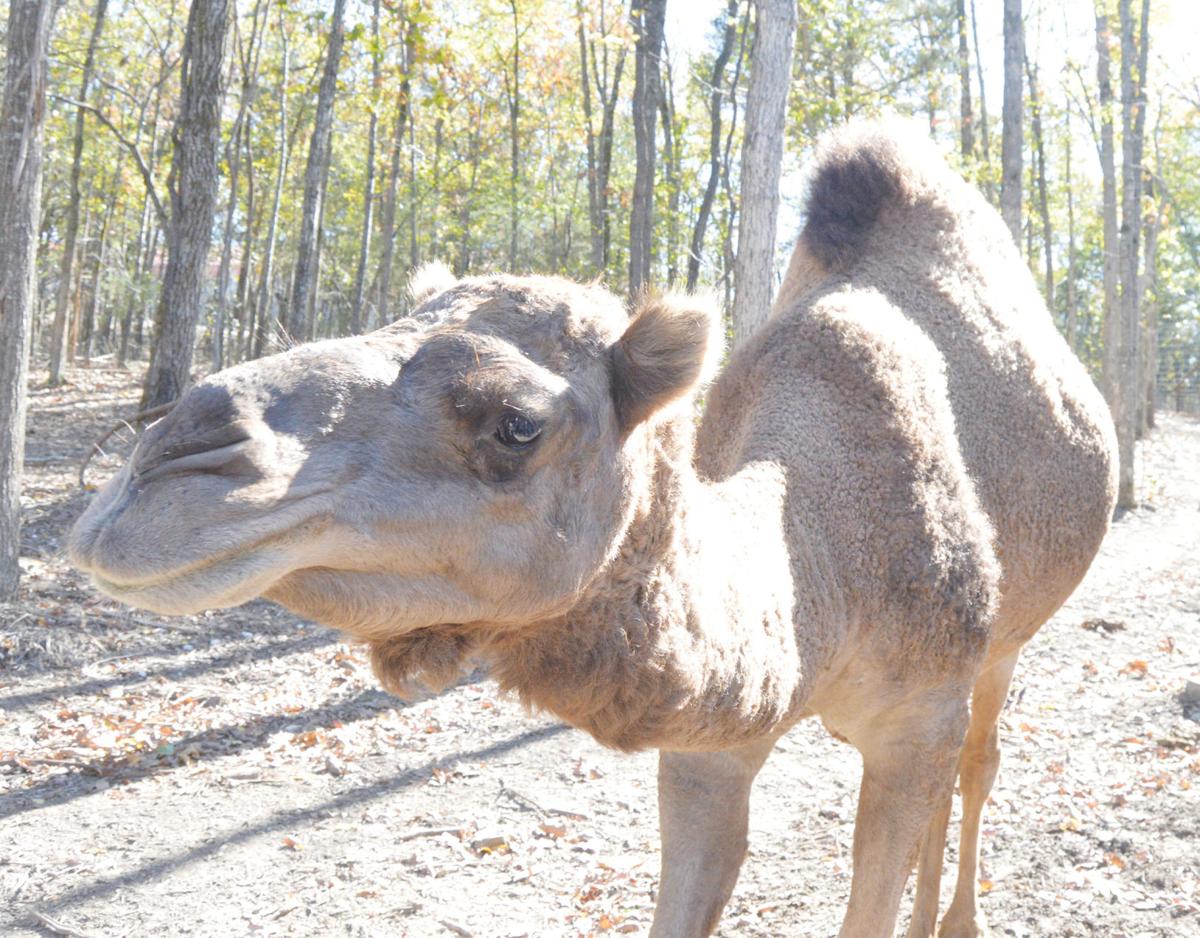 Camels are just a few of the hundreds of animals calling Promised Land Zoo’s two-mile drive-thru, which opened Monday, home. 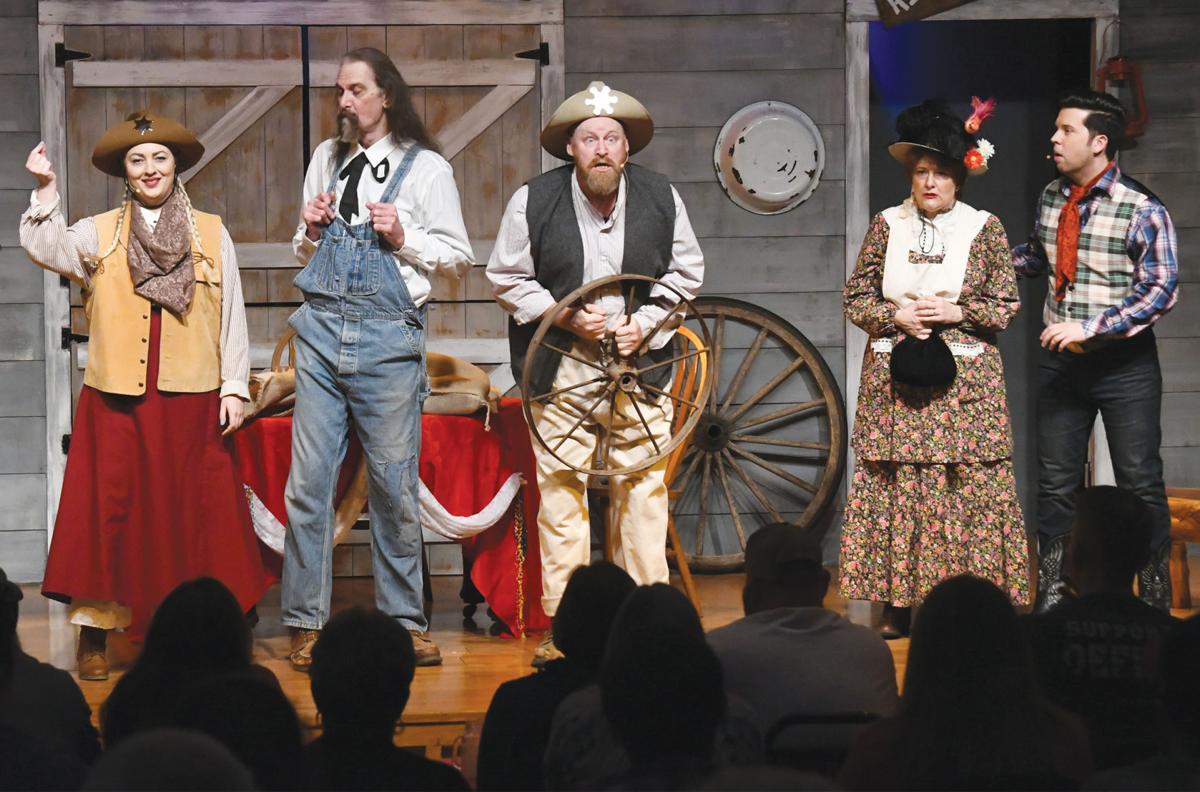 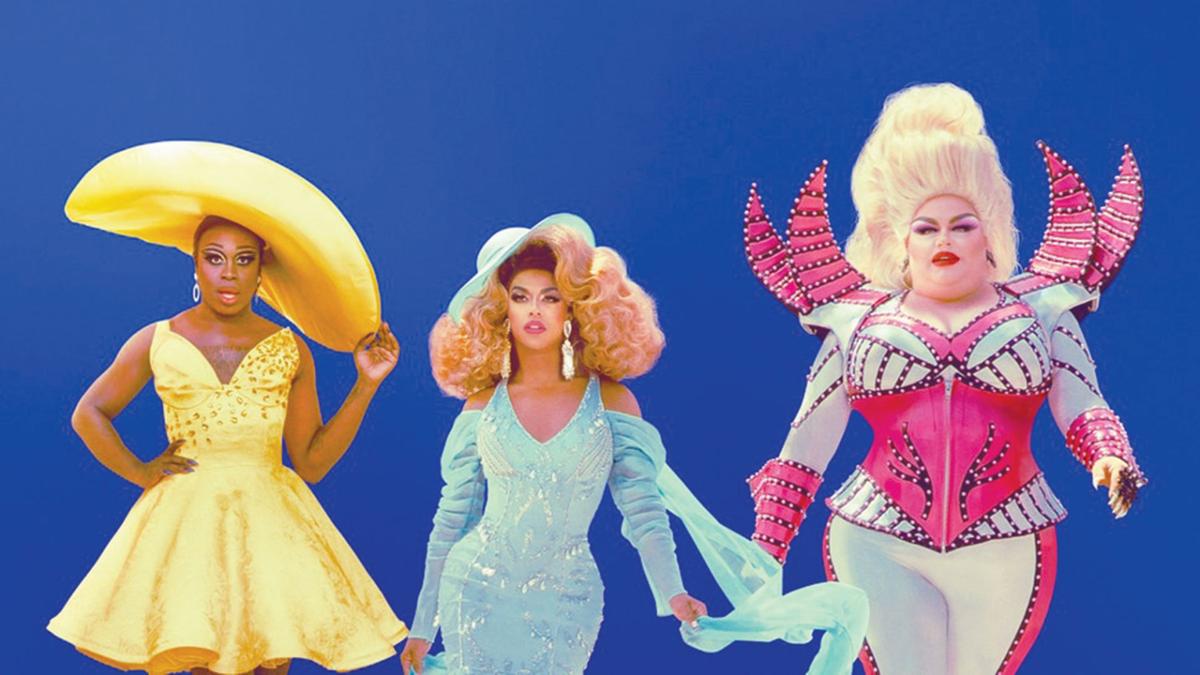 An episode of the new HBO show “We’re Here,” featuring Caldwell “Bob the Drag Queen” Tidicue, from left, DJ “Shangela Laquifa Wadley” Pierce and David “Eureka O’Hara” Huggard, which was shot in Branson late last year, is set to debut May 7 at 8 p.m. on HBO.

Camels are just a few of the hundreds of animals calling Promised Land Zoo’s two-mile drive-thru, which opened Monday, home.

An episode of the new HBO show “We’re Here,” featuring Caldwell “Bob the Drag Queen” Tidicue, from left, DJ “Shangela Laquifa Wadley” Pierce and David “Eureka O’Hara” Huggard, which was shot in Branson late last year, is set to debut May 7 at 8 p.m. on HBO.

Monday morning saw the reopening of one of my favorite things to do, the two-mile drive-thru area of Branson’s Promised Land Zoo.

Zoo owners decided to open the two-mile drive-thru area, which features about 25 species, totaling more than 200  animals, including giraffes, red river hogs, water buffalo, American bison, several camels, zebras and more, as a way for people to “get their social distancing on from the comfort” of their own vehicle.

“The drive-thru is open and we  are practicing all PPE, personal protective equipment, and social distancing recommendations as suggested,” said Director of Operations at Promised Land Zoos Laura Remenar. ”We will have animal demonstrations in our courtyard that can be viewed right from your vehicle. Our VIP attendants will be bringing several animals up to vehicles as they drive thru.

“This will be more like a personal show for each vehicle as they pass through our courtyard.”

Remenar also stated they would begin booking Ultimate Excursions starting May 10, with a maximum of three people from the same group per tour.

“Each group will have their own attendant during the two hour tour and meet many animals from around the globe including Mace the Giraffe for our Ultimate Excursions,” Remenar added. “We also have a new baby sloth named Chewy that’s two weeks old.”

In addition to all that, Remenar also said they would be hosting a “Kangaroo Birthday Party” Saturday.

Branson’s Promised Land Zoo opened in 2013 on less than 10 acres of land, but thanks to expansions throughout the past few years, it now encompasses 74 total acres, making it the largest attraction within the Branson city limits.

I think it’s a great idea to open the drive-thru portion of the zoo, and I can’t wait to make a visit of my own.

In addition to “Raiding the Country Vault” and “Rock ‘N’ Roll Royalty,” set to open May 16 at the Americana Theatre, several other shows and venues announced their intended return dates over the past few days.

Ownership at the Shepherd of the Hills Historic Homestead and Adventure Park announced their latest production, the “WhoDunnit Hoedown – A Murder Mystery Dinner Show” at the Playhouse Theatre,” will return May 22, followed by the “Shepherd of the Hills Outdoor Drama” May 23.

“We are very happy to announce that ‘WhoDunnit’ will be back underway on Friday May 22, and we will have a special show on Sunday night, May 24,” according to a Facebook post. “The show will look a little different as we take into account some social distancing, which we plan on working into the show in a humorous way to lighten the mood.”

On May 23, the 60th anniversary season of the “Outdoor Drama” being performed on the property kicks off. Folks will be able to “sit under the stars” in the rustic outdoor theatre and experience the “action-packed live reenactment of the famous historical novel.”

Ownership also stated they will be taking “social distancing” into account and will be spreading out seating, as well as including interaction with the cast.

Ventriloquist Todd Oliver and his dinner show will also return to the homestead’s Playhouse Theatre May 31.

Other shows and events that  have already been rescheduled include the 2020 Branson Music & Arts Festival June 20 and 21 at the Big Cedar Lodge amphitheater on Table Rock Lake, as well as the Branson Elvis Festival, set for June 10-12 at Dick Clark’s American Bandstand Theater.

July 10 will see presentations of “Legends in Concert” and “Six,” as well as an “Elvis Meet & Greet,” and “Dean Z Presents Elvis the Rocker” in the late night slot at 10:30 p.m.

July 11 will see the Elvis Vendor Fair open at 9 a.m., followed by a special concert featuring “Pat Boone: His Greatest Hits and Memories of Elvis” at 3 p.m.

The main event of the 14th Annual Branson Elvis Festival kicks off at 8 p.m. with the Branson leg of “The Ultimate Elvis Tribute Artist Contest.”

Finally, the May 30 opening of the Black Oak Mountain Amphitheatre, which was slated to see Justin Moore and Tyler Farr, hitmakers with ties to this area, has been rescheduled.

According to a Facebook post, Moore’s date has been rescheduled for Oct. 10, but Farr will not serve as the opening act. The post stated an opening act “is still to be determined at this time.”

All previously purchased tickets will be honored for the Oct. 10 date, and refunds are available at the point of purchase until May 30. Those who purchased tickets and would like a refund will receive an email on how to request refunds, which are not available via box office.

Those still wanting to attend the show should hold on to their tickets, as they will be valid for the new date.

Keep reading the Branson Tri-Lakes News for more on all show, theatre and attraction reopening information.

Well Loyal Reader(s), I got word early this week Jeanette Bair and Bruce Anderson, the folks who run one of the coolest venues in all of Ozark Mountain Country, the Rock House in Reeds Spring, have decided to cancel the 16th Annual Rock House Summer Festival.

“It is with great regret that we announce The 16th Annual Rock House Music Festival scheduled June 6, is canceled due to the coronavirus and CDC capacity restrictions,” the statement read. “The health and safety of our community and our artists and artisans are of great importance to us. This decision was not made lightly, nor without exploring alternative dates.

Bair also said they’d be emailing ticket holders soon, and they also have “alternative plans in the making so stay tuned for details.”

The festival was set to feature the Whispering Willows, the Lacewings, Jeff Porter, Sad Daddy, Snaps for Sinners, and the Way Down Wanderers at  Flavie Lear Field in downtown Reeds Spring.

As of press time, the next show booked for the Rock House is Bonfire Music Group Records’ Ray Cardwell & Tennessee Moon, set for Aug. 22. The uber-talented Cardwell and his group have been a part of the Midwest music scene for many years, and have become a staple at Silver Dollar City’s Bluegrass & BBQ festival every spring.

The wait is almost over as Thursday at 8 p.m. will finally see the Branson-based episode of “We’re Here,” a six-part, unscripted series following three popular drag queens, Bob the Drag Queen  (Caldwell Tidicue), Shangela Laquifa Wadley (DJ Pierce) and Eureka O’Hara (David Huggard) as they visit small towns across America, befriending and training certain locals to participate in a one-night only drag performance.

In the Branson episode, Bob, Eureka, and Shangela visit the “wholesome Las Vegas of the Midwest” known as Branson, where they meet three locals “struggling to be their true selves in a community that prides itself on its traditional, religious values,” according to a release.

The Branson storylines feature Tanner, a young actor questioning whether it’s possible for him to be both Christian and gay, as well as his relationship with his mother. Also featured is Charles, a classically trained dancer who wants to show that he’s not just out, but proud. Finally, production follows Chris, a father grappling with mental health issues who’s determined to embrace his emotions for the sake of his daughter.

Like I wrote last week, I found this episode to be entertaining, educational, and quite uplifting. Not only are the stories and people producers chose to highlight compelling and emotional, but they’re so different from the tales that usually come from this area of the country.

Also, the Paddlewheel will be showing Thursday’s episode of “We’re Here” on their “big screen” Thursday. Due to distancing rules, only 30 people will be seated in the room, but all windows and doors will be open, allowing those seated outside to watch the action.

Visit hbo.com/were-here. The episode will be available on demand from HBO once it airs.