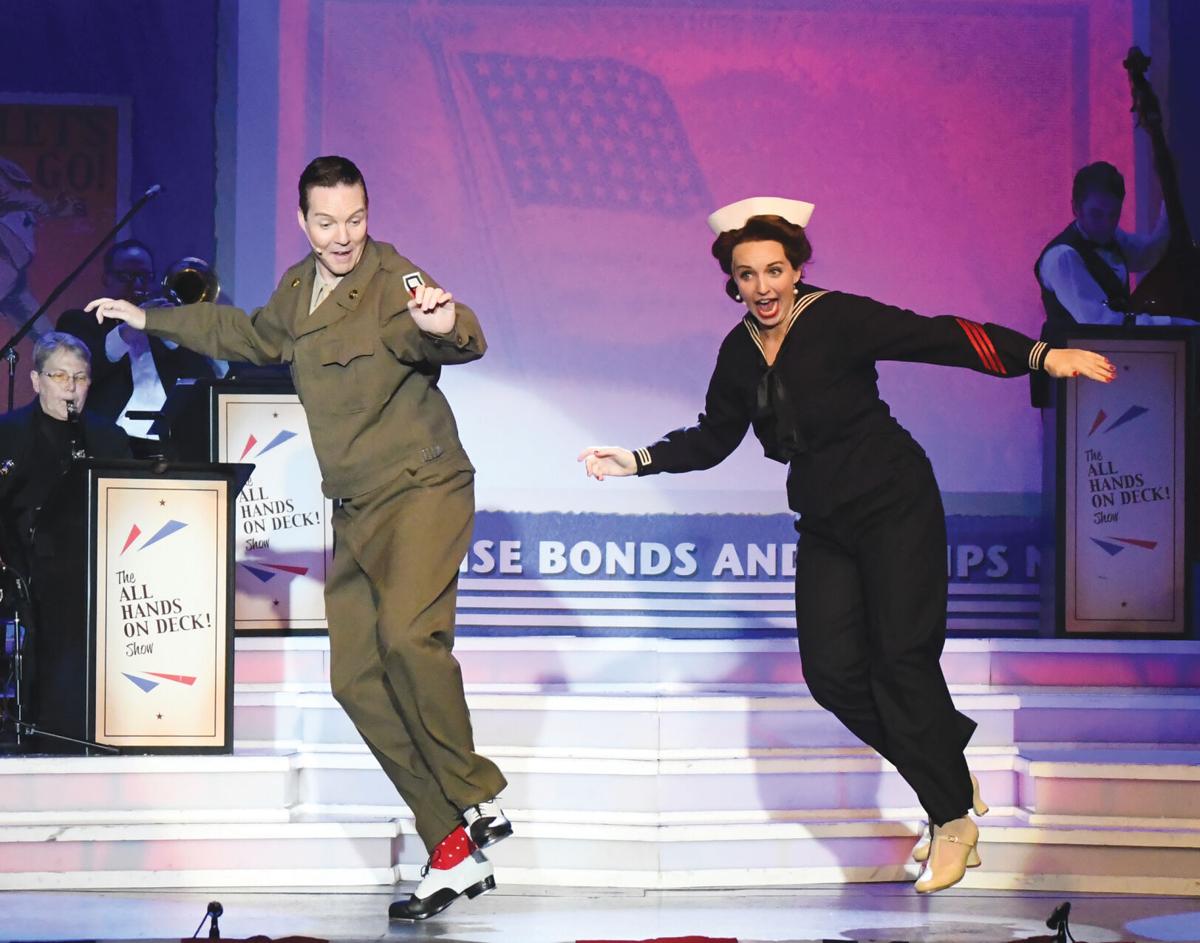 Jody Madaras, Valerie Hill and the rest of the “All Hands on Deck Show” are now set to open Oct. 6 after initially being set to open in September. 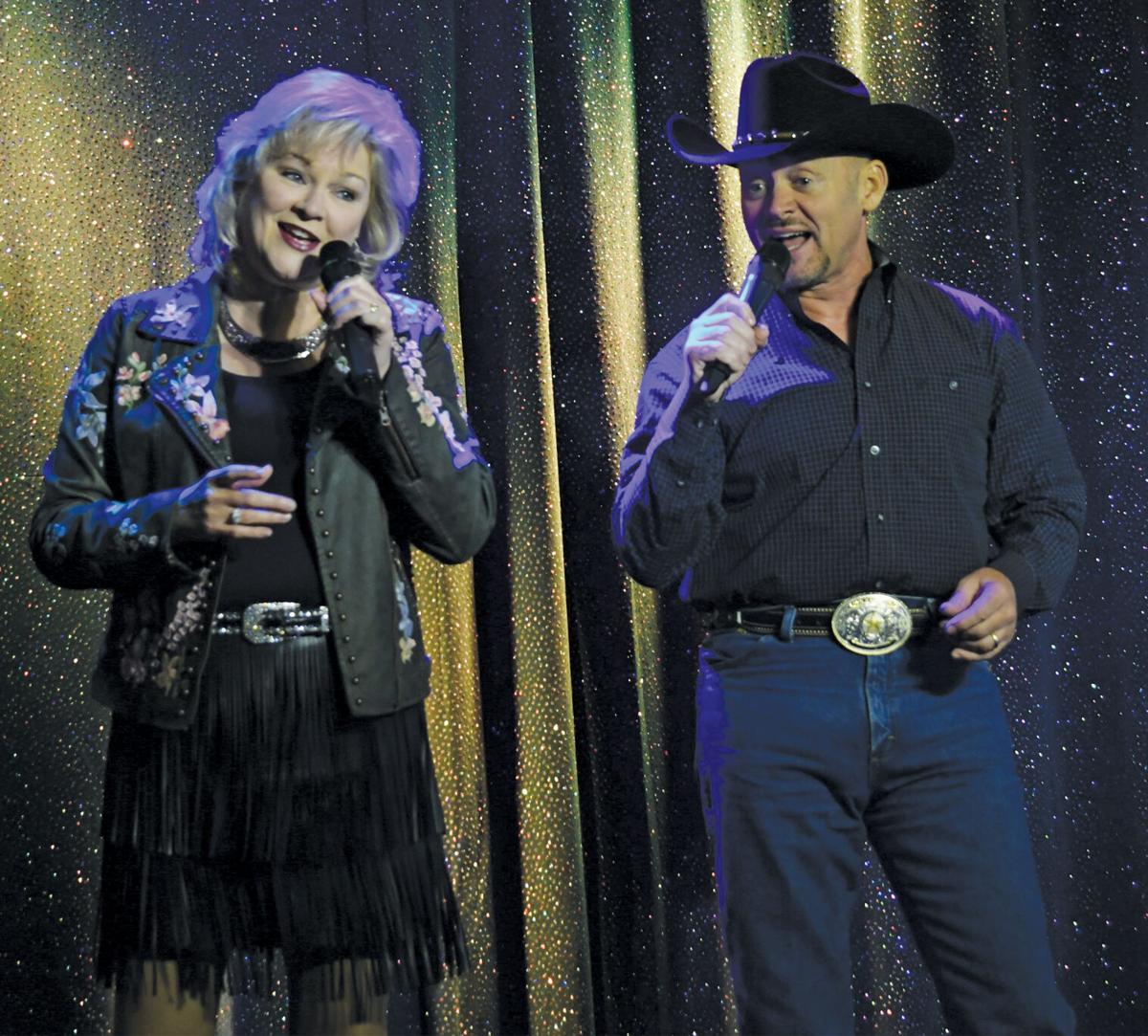 Debbie and Gordy Wensel announced they are postponing their “Country Legends” show at Jackie B. Goode’s Uptown Cafe until Sept. 15. 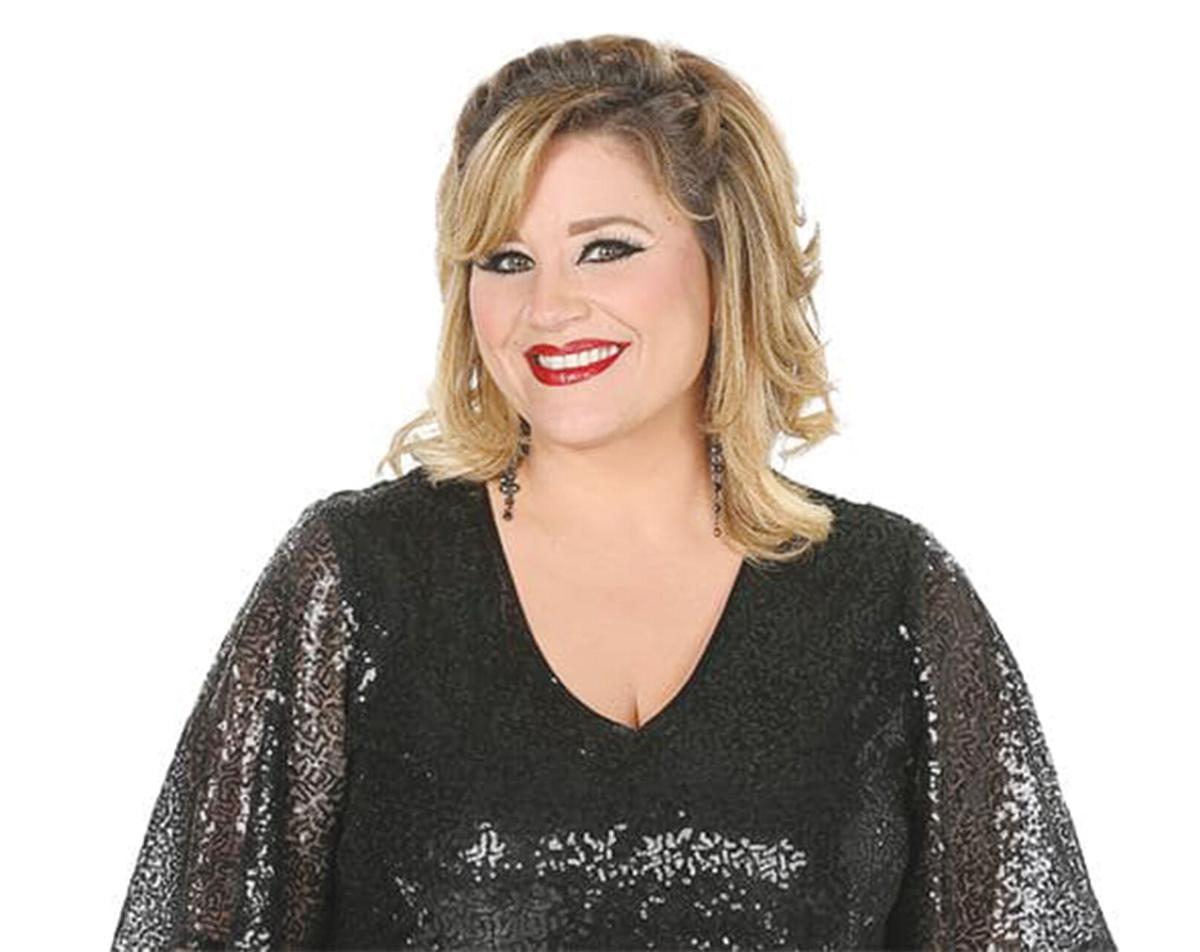 Jody Madaras, Valerie Hill and the rest of the “All Hands on Deck Show” are now set to open Oct. 6 after initially being set to open in September.

Debbie and Gordy Wensel announced they are postponing their “Country Legends” show at Jackie B. Goode’s Uptown Cafe until Sept. 15.

Following the Branson Board of Aldermen’s decision to mandate masks in the city limits of Branson, several shows have announced changes to their schedules.

Local favorites Debbie and Gordy Wensel have postponed their “Country Legends” show until Sept. 15, one week after the mandate is set to expire.

“It is with much regret that Debbie and I will be canceling all of our afternoon ‘Country Legends’ shows until Sept. 15,” Gordy Wensel said in a social media post. “Due to COVID-19 along with Branson’s recent vote to mandate masks for everyone, we feel it is in our best interest to postpone these shows until the fall season.”

However, the couple will continue to perform their “Tribute to George Strait” show at Jackie B. Goode’s Uptown Cafe.

“Your support and prayers for us and our Branson families is much appreciated,” Wensel added.

The “All Hands on Deck Show,” which was due to open Sept. 8 at the Dutton Family Theatre, will now be pushed back to October.

Due to the impact of COVID-19, and out of an abundance of caution for our guests, cast, musicians and crew, The ‘All Hands on Deck Show” has moved it’s opening Branson performance to Oct. 6,” star, creator, director Jody Madaras said in a statement.

Madaras also said for those who have reservations during September, they should “expect a call” from them.

“With the new City of Branson mask mandate that takes place July 31, 2020, we feel we need to do our part with keeping our guests and employees safe by canceling the rest of our Summer Concert Series,” the social media post from Branson Landing Management read.

The lineup of live entertainment and shows at Choices Concert Hall is continuing to expand, and they’re quickly gaining a reputation as hosting many of the most talented entertainers in this, or any town.

Word broke earlier this week as Branson Tri-Lakes News’ Reader’s Choice for Female Vocalist of the Year Kari Garrison is bringing her “Bluegrass Remedy” to the venue beginning Sept. 8.

“Bluegrass Remedy” will take the audience on a journey highlighting more than 100 years of bluegrass music, from “The Father of Bluegrass” Bill Monroe, to Rickey Skaggs, New Grass Revival, and everything between.

The show will again be fronted by Garrison, who also took home both the Branson Show Award and Branson Terry Music Award for Female Vocalist of the Year in 2017, and was named Branson Tri-Lakes News Reader’s Choice title of favorite female vocalist in 2019 and 2020. She has shared the stage, and the studio, with some of the biggest stars in the bluegrass world, as well as alongside country legend Moe Bandy. For the past six seasons, Garrison has been a member of “Clay Cooper Country Express.”

The rest of the cast is set to be announced over the next few weeks.

“Bluegrass Remedy” will take the stage every Tuesday at 5:30 p.m. beginning Sept. 8, with the exception of Sept. 15, when Garrison and company will be featured, along with a bevy of Branson all-stars, as part of the massive “Song of Hope Concert,” which runs from 4-7 p.m.

In addition to “Bluegrass Remedy,” Choices Concert Hall is also home to “Rick McEwen’s American Songbook,” “Rhythm and Blues Brunch with David Brooks” and “Melody Hart Family and Friends Show,” as well as live music every Friday and Saturday night.

Visit choicesentertainment.com, or call 417-320-6242 for tickets and additional information.

‘Raiders’ held over on the Imax, more coolness on Elite III

With no Hollywood films being released, at least for several more weeks, the folks at Branson’s Imax Entertainment Complex are continuing to feature “Summer Rewind” hits on both the giant Imax screen, as well as in the Elite Cinema III.

For the second straight week, the giant 62-foot-tall Imax screen will feature one of the greatest movies of all time,  “Raiders of the Lost Ark.” Last week, new Branson Tri-Lakes News Entertainment Editor Tim Church and I caught a screening, and believe me when I say, if you haven’t seen it on the giant screen, you haven’t really experienced it at all. Not only is the sound and picture the best it has ever been, you’re able to catch so many things you’ve never seen before, from musical cues to seeing the hidden “Easter Egg” featuring “Star Wars” characters. I can’t remember being so enthralled by a movie I have literally watched more than 50 times over the past 38 years.

The Elite Cinema III is continuing to offer something for everyone, including director Jon Favreau’s massive hit “The Jungle Book” at 12:40, 3:40 and 6:40 p.m. Also set for the Elite is the 1984 horror/comedy classic “Gremlins,” with showtimes at 1, 4 and 7 p.m.

More than 30 years after its release, “The Lost Boys” is still one of the coolest films in the “vampire” genre. It effortlessly goes from thriller to horror, then from adventure to comedy, and back again. “The Lost Boys” and “Gremlins” are absolutely perfect flicks to gather a group of friends and go catch a double-feature.

Next month, the folks at Sight & Sound Theatres are debuting their new original stage production, “Queen Esther,” exclusively on their new streaming platform, Sight & Sound TV. The live performance is set for Sept. 4 at 6 p.m., with encore presentations at 2 and 7 p.m. Sept 5, as well as 8 a.m. and 2 p.m. Sept. 6.

“The thrill of live theater is watching the show unfold right before your eyes,” Sight & Sound Chief Creative Officer Josh Enck said in a release. “We’re so excited to bring that same experience to living rooms all across the world.”

According to a release, “Queen Esther,” which spent three years in development, was set to premiere in Lancaster, Pa., in March. Once “the world came to a screeching halt,” Sight & Sound went dark, canceling more than 200 shows, leaving more than half a million ticket holders unable to experience the show.

With cameras covering the theater from every angle, including on stage and behind the curtain, audiences will experience a live Sight & Sound show “like never before, giving them the best seat in the house for every spectacular moment.” The live event will include a 30-minute pre-show and a 20-minute intermission, with exclusive behind-the-scenes interviews and a sneak peek at how the production was created.

“Esther’s story is one of courageous faith in the midst of chaos,” Enck said, “This show is truly meant for such a time as this.”

According to the release, “Queen Esther,” set in the “opulent yet perilous Persian Empire,” tells the tale of how her ordinary life changed forever when she was taken through the palace doors, entering a new world of royalty and risk. With a crown on her head and a secret in her heart, Esther tries to find the courage to trust in God’s plan and believe that she was made for such a time.

While folks all over the world can watch “Queen Esther” from the comfort of their own home, the Sight & Sound Theatre here in Branson is hosting “Noah,” which was the company’s “first Biblical epic production.”

The book of Genesis provided producers with the foundation of the story, but for a two-plus hour show, there was a need to be creative.

Seeing that Ark on stage, along with all the animals and cast, is most assuredly one of the most impressive things you’ll see on any stage in the world.