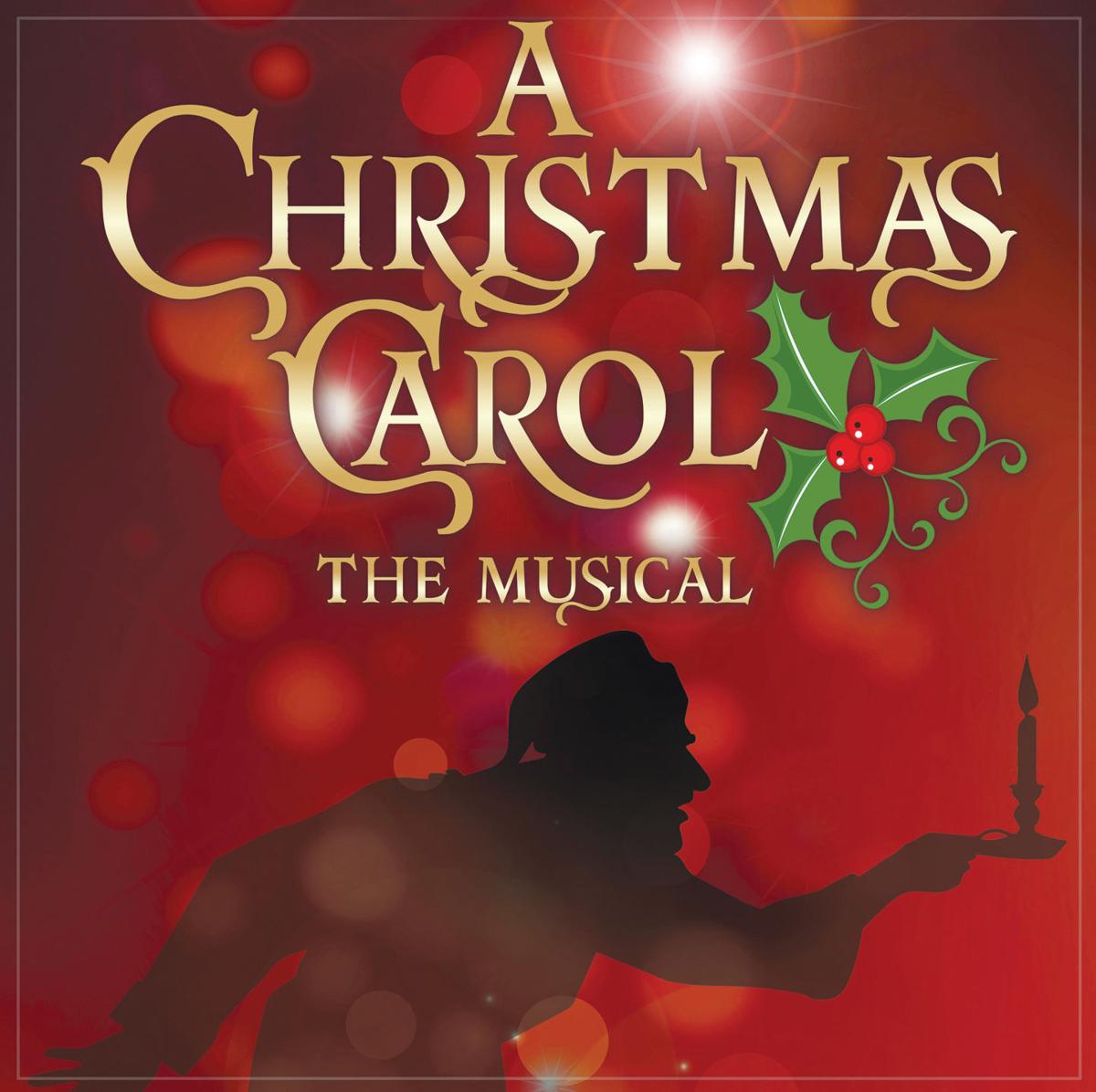 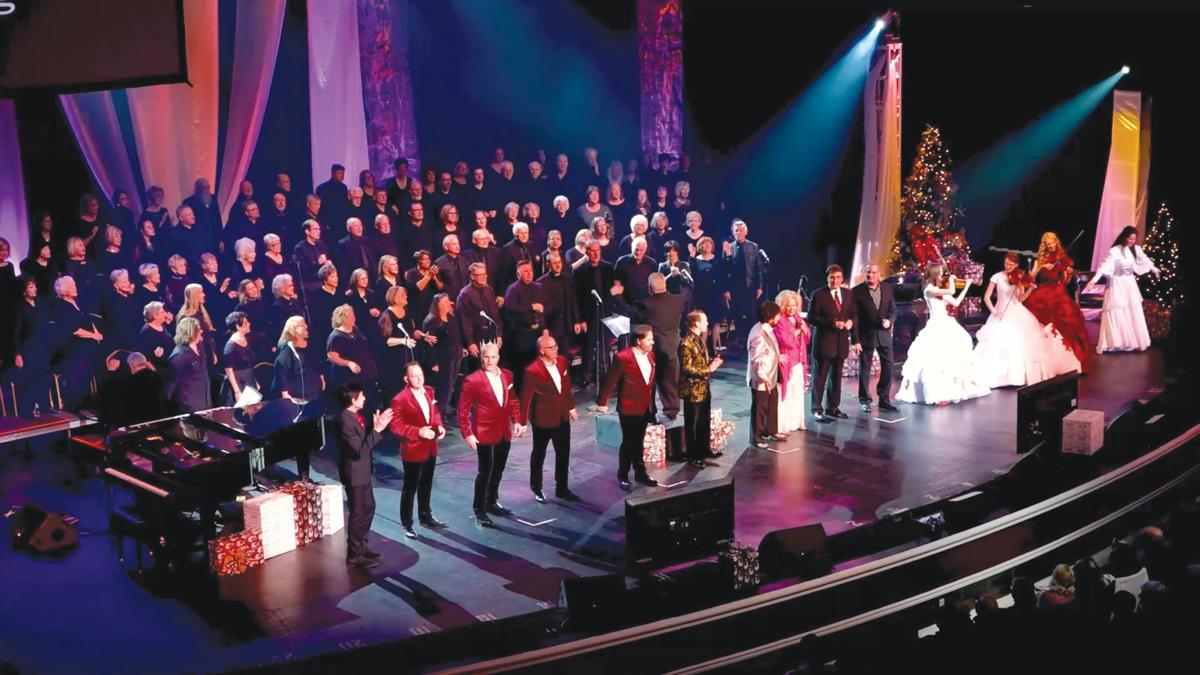 ‘A Christmas Carol The Musical’ at the Owen Theatre

The folks at the Branson regional Arts Council will debut it’s final production, “A Christmas Carol The Musical,” beginning Thursday night at the Historic Owen Theatre in downtown.

This is the first time this particular version of the show is being presented in Branson, and the eight performances will run Dec. 5-15.

The timeless story centers around Ebenezer Scrooge and his ghostly encounters, which come to life in a “lavish and thrilling Broadway musical adaptation” of “A Christmas Carol, The Musical.” The Branson Regional Arts Council’s “spectacular adaptation of Charles Dickens’ most well-known story” features a music score by Broadway heavy hitters Alan Mencken, the man responsible for “Disney’s Beauty and the Beast,” “Disney’s The Little Mermaid” and “Little Shop of Horrors,” and Lynn Ahrens of “Ragtime,” “Seussical” and “Once on This Island.”

In this classic tale, a prosperous curmudgeon, Ebenezer Scrooge, believes that personal wealth is far more valuable than the happiness and comfort of others. With an infuriated “Bah! Humbug!” Scrooge summates his feelings of Christmas tidings and charitable giving, but he’s forced to face his selfish ways when three ghosts on Christmas Eve lead him through his past, present and future.

Call the Historic Owen Theatre at 417-336-4255 or select seats online at BransonArts.org/tix.

All seats are $10 and proceeds benefit the BRAC Youth Education Fund, which provides performing opportunities for area youth between the ages of 8 and 18.

This event is general seating, and tickets BransonArts.org/showcase, or at the door.

The 6th annual “Branson Christmas Show for Foster Families” is set for Monday at 6:30 p.m. at the Branson Famous Theatre, home of “Branson’s Famous Baldknobbers.”

Since 2014, Melonie Brown, along with some talented family and friends, have presented this free Christmas show to foster and adoptive families of Stone and Taney counties as a way to thank them for all they do for children in need.

“This show provides a time of entertainment and gifts for the families who care for hundreds of children every day,” Brown said. “Over the past six years, we have served the foster and adoptive families of Stone and Taney county with a time of fun, music, and loads of love… all free of charge for all foster families.”

Brown said audience members may also expect some other surprise guests, including Santa Claus, who will be available for pictures.

The show is free to foster and adoptive families, and is also open to the general public for a $15 donation at the door. Kids 13 and younger are free.

“All donations go to help make this event possible,” Brown added. “Even if you don’t have foster kids, come witness an entertaining time of gift-giving, singing and music.”

The gifting has grown to the point that Brown recently established a nonprofit organization, Joyful Heart Music Foundation, to help raise funds for the gifting.  Joyful Heart, a 501(c)(3), will continue to raise support and awareness of the great need for foster families.

Throughout the years, Brown has fostered more than 29 children in Stone and Taney counties, along with raising eight of her own.

Brown says this is her way to say thank you to foster parents.

“Thank you for caring for these children who aren’t related to you, who have far more needs than usual,” she said. “These kids disrupt your daily life, yet you share the struggles and successes with them.”

‘Ozark Community Christmas’ next week at the Mansion Theatre

Next Tuesday, Dec. 10, the Mansion Theatre will be home to the second annual “Ozark Community Christmas,” promoting hope and unity during this special season. Donations of both nonperishable items and money will be collected for Christian Action Ministries, CAM, as part of coming together as the community and helping each other during this season.

“We also desire to make a difference in this area and help those who are caught in less fortunate circumstances,” said Gary McSpadden, pastor of Faith And Wisdom Church in Branson. “This event will sponsor a food drive that benefits Christian Action Ministries, CAM. Your donations are encouraged. You can bring either canned goods or any non-perishable items, and people should also know that they can give a monetary donation.

“Most people don’t realize that CAM is able to get about eight times the value with donated money, compared to what we would spend to buy food. With your gift, we will be able to help feed the hungry at Christmastime in 2019.”

Last year this event helped collect more than 4,000 lbs of food plus donations. The event’s entertainment feature the choirs from Branson First Baptist Church and Faith and Wisdom Church combining for a “100 Voice Choirs,” along with special guest performances by the cast of “Six,” the Johnson Strings, the Blackwoods, Larry DeLawder as Barney Fife, and Pastor McSpadden.

“We’re blessed that our choir can join with First Baptist Church Choir to create this wonderful community event,” McSpadden said. “It is also amazing that the entire evening is free. We are privileged to hold this event at the beautiful Mansion Theatre where Larry Wilhite and the staff, will help us create an evening of joyful fun while also giving praise and glory to God.

“It’s a way for Faith and Wisdom Church, The Mansion Theater, First Baptist Church and everyone in the Ozark community to come together and celebrate the birth of Christ.”

Last year saw “about 2,000 people” come out to celebrate, and organizers are looking forward to a much bigger crowd this year.

Doors open at 6 p.m., and seating is first come first served. An offering will be taken during the evening.

“You will not want to miss this amazing time of music and fun,” McSpadden said. “Bring your family and friends to what will become a great holiday tradition celebrating the gift of community at Christmas.”

Visit OzarkCommunity.com, or search for Ozark Community Christmas on Facebook.

Yakov Smirnoff, the Russian-born comedian who took the United States by storm in the 1980s and became one of the biggest stars in Ozark Mountain Country in the 1990s, will wrap his 2019 run at the Yakov Smirnoff Theatre next Saturday, Dec. 7.

The comedian skyrocketed to fame in the 1980s in films like “Brewster’s Millions,” and “The Money Pit,” as well as on TV shows like “Night Court.” He has also given command performances at the White House for several presidents and honored guests. President Ronald Reagan even called Smirnoff a “national treasure.”

In 1993, he became one of the most popular acts during the Branson boom years.

Smirnoff always puts on a great show, and his new material is perfect for the nation’s current political climate.

Showtimes are 10 a.m. Sunday, and 10 a.m. Tuesday through Saturday.

Local entertainer Randy Plummer has announced the annual production of “Snowdeer Christmas Story,” his original production based on his book and CD of the same name, will be back in Branson this year at the World’s Largest Toy Museum at 2 and 4 p.m. Dec. 21.