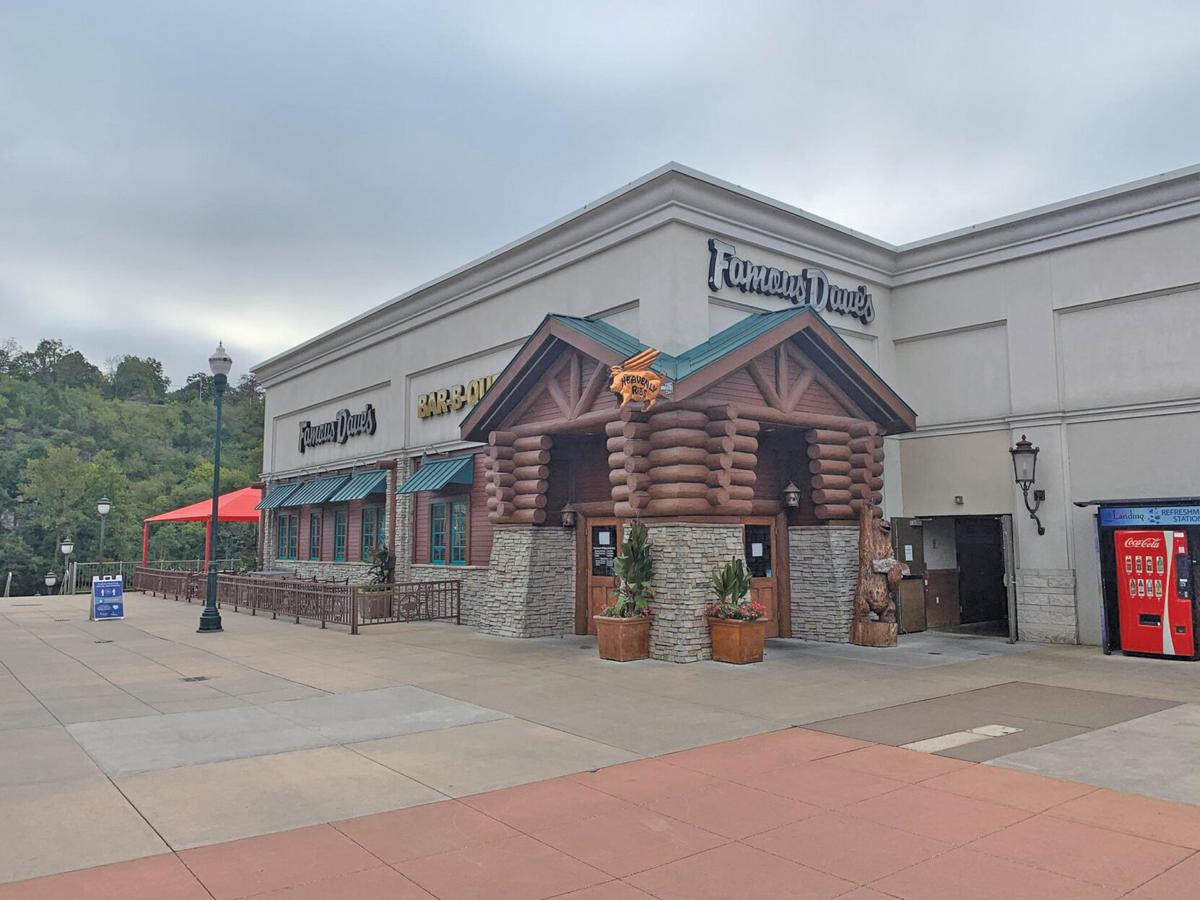 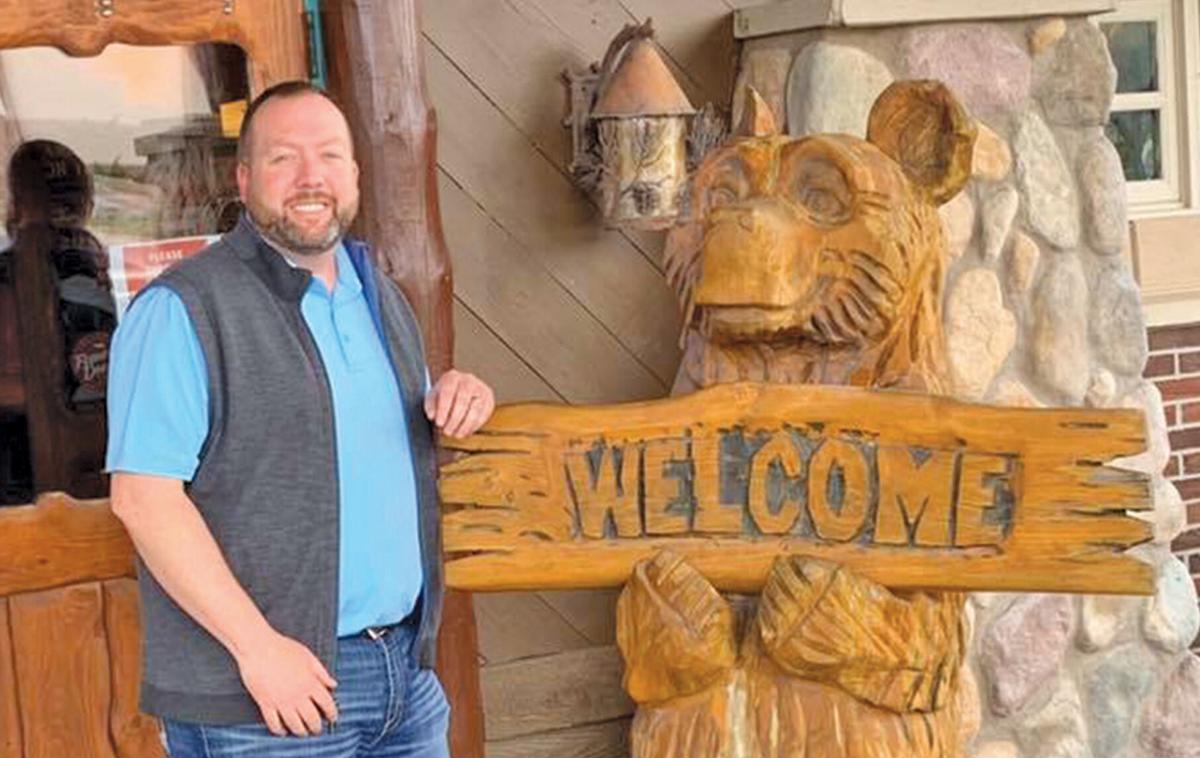 Dave Jones, photographed outside one of his Famous Dave’s restaurants in Nebraska joined the Famous Dave’s family in 1999 as a dishwasher. Two decades later, Jones is now the owner of all of the Famous Dave’s franchise locations in Missouri, Kansas and Nebraska, which includes the new locations being opened on Big Cedar properties.

Dave Jones, photographed outside one of his Famous Dave’s restaurants in Nebraska joined the Famous Dave’s family in 1999 as a dishwasher. Two decades later, Jones is now the owner of all of the Famous Dave’s franchise locations in Missouri, Kansas and Nebraska, which includes the new locations being opened on Big Cedar properties.

With five new restaurant locations opening at Big Cedar Lodge properties and a location change coming up for the Branson restaurant location, Famous Dave’s Franchise Owner Dave Jones has recently been a busy guy, but in truth he’s been pretty busy for the last 20 years.

The first Famous Dave’s opened in Hayward, Wisconsin by “Famous” Dave Anderson, who has earned more than 700 awards in the pursuit of BBQ perfection. While Jones started out as a dishwasher he quickly moved up through the restaurant ranks becoming a cook and bartender.

Jones said that he was soon introduced to Willy Theisen, creator and founder of Godfather’s Pizza, who began visiting his restaurant for training as he prepared to become the first franchisee of Famous Dave’s.

“I got to know him and he was getting ready to open up a store in Omaha, Nebraska, which is about an hour drive from Lincoln where I was living. Right before the store opened he offered me a job as a kitchen supervisor,” said Jones. “I just thought it might be a good opportunity, so I ended up leaving the corporate side of Famous Dave’s in Lincoln and went to work for Willie.”

While working for Theisen, Jones explained that he continued to work his way up through the ranks.

“Willie provided lots of opportunities. He never gave handouts. He never gave me a penny to do what I do today, but he opened up a lot of doors,” said Jones. “He’s the type of guy that everybody puts their pants on the same way and nobody’s better than anybody. That was just the life lesson that I learned from him.”

In 2004, Jones shared that he was opening up a store for Theisen in Iowa as a general manger when he had an uncle come up to visit from Branson.

“He brought a brochure for the Branson Chamber of Commerce regarding this Branson Landing that was opening up. So he brought up a pamphlet to me. You know I didn’t know much about Branson, but I gave it to the owner. Next thing I knew we were flying down on a jet to check out the place and see what we thought of it,” Jones said.

“Through that whole process, I ended up having the chance of doing my first restaurant and did the Branson Landing location. I purchased that and that was my first store that I physically owned and did.”

“Through the years I’ve actually purchased most of all the stores I used to work at years ago back in Nebraska and Kansas City. Even the Lincoln, Nebraska store that I started off as the dishwasher, I own today. I bought that from Famous Dave’s Corporate five-years ago,” said Jones. “As an owner, I’ve had a lot of success, but I’ve also had a lot of failures. And I think those failures are what makes you who you are and either makes or breaks you. I’ve learned a lot from those failures, and we’ve been able to succeed and move on.”

In purchasing his first restaurant, Jones confirmed that he took a big risk on Branson and the all new Branson Landing.

“My whole life I’ve worked 70 to 90 hours every week. I don’t know any different. So to do that and at the end of the day still have like $20 left in your savings because you basically took everything you have to make something happen and you just roll the dice,” Jones said. “We picked the location and we were the first restaurant to open down there. We were the only one that was open on grand opening day.”

However, after more than a decade at the Branson Landing Jones announced they’ll be moving the Branson Famous Dave’s to a new location in January of 2021.

“I gave notice to HCW (owners of Branson Landing). We’re not leaving or breaking a lease or anything. Our first five year option is up come spring and we’re actually relocating in Branson into a new location,” said Jones. “We’re going to be going where the Rib Crib was. It will be nice. It won’t be weather impacted. People will actually be able to pull up to a restaurant and not have to walk a mile.”

Jones added that one of the big reasons he began looking for a new location was the desire to have an increase in togo orders.

“All of my other restaurants do about 40% togo model as a part of the business. It’s about 40% togo and at the Landing I average 1% togo, because obviously the dynamic is a little different with the operations,” said Jones. “So we’re hoping that even with a smaller restaurant, we’ll be able to get half of that togo business that all my other markets do.”

On top of the new Branson location, Jones has also been working to open five new Famous Dave’s location at a variety of Johnny Morris’ Big Cedar Lodge properties. Jones said that his relationship with Big Cedar began about six years ago when they teamed up to provide food services at the Legends of Golf tournaments and multiple other Johnny Morris owned properties.

Jones explained that earlier this year he took his family camping at Long Creek Marina. While there, he got a call from one of the property executives who had heard that he was staying on site.

After a few days, Jones got a call back asking him how he would feel about doing the marina locations, as well as putting in a handful of other Famous Dave’s locations for Big Cedar. Jones said the initial phone call was in May, and by June they were going live with new locations.

“As of now we are operating the Mountain Top Clubhouse that overlooks the new Payne’s Valley Golf Course … and it over looks Mountain Top. That is now a 100% Famous Dave’s,” Jones said. “I’ve traveled all over the world, and I’m not exaggerating when I say that is one of the most beautiful places to go out and enjoy some award winning BBQ with the setting that’s out there, it’s just amazing.

“So beyond that, we have taken over some catering service on the golf side operations. We have a little food setup at the Buffalo Ridge Clubhouse as well and same over at Ozark National.

“Then we also took over the employee cafeteria. Johnny Morris and Debbie (Bennett) have built a beautiful cafeteria for their employees that’s probably only about a year and a half old. We have taken that over. I guarantee that it’s probably the only employee lounge in the United States, and I’m joking when I say this but I’m sure it’s the only one that has a national chain restaurant in it. It’s pretty amazing for the employees to be able to eat Famous Dave’s every day in the cafeteria.”

Jones added that while the location at Long Creek Marina was the inspiration for this multi-restaurant project, it will probably not officially open until later this year or next spring at the latest.

While Jones has found lots of success in his career as a franchise owner, you can still find him working on the ground floor of his restaurants.

“I still am a manager in my restaurants. I’m still the closing manager. I still put away truck,” Jones said. “On a busy day if I stop at a restaurant and they’re getting beat up I do jump in the dish room and wash dishes for three hours. Even if I’m in a pair of shorts and sandals.”