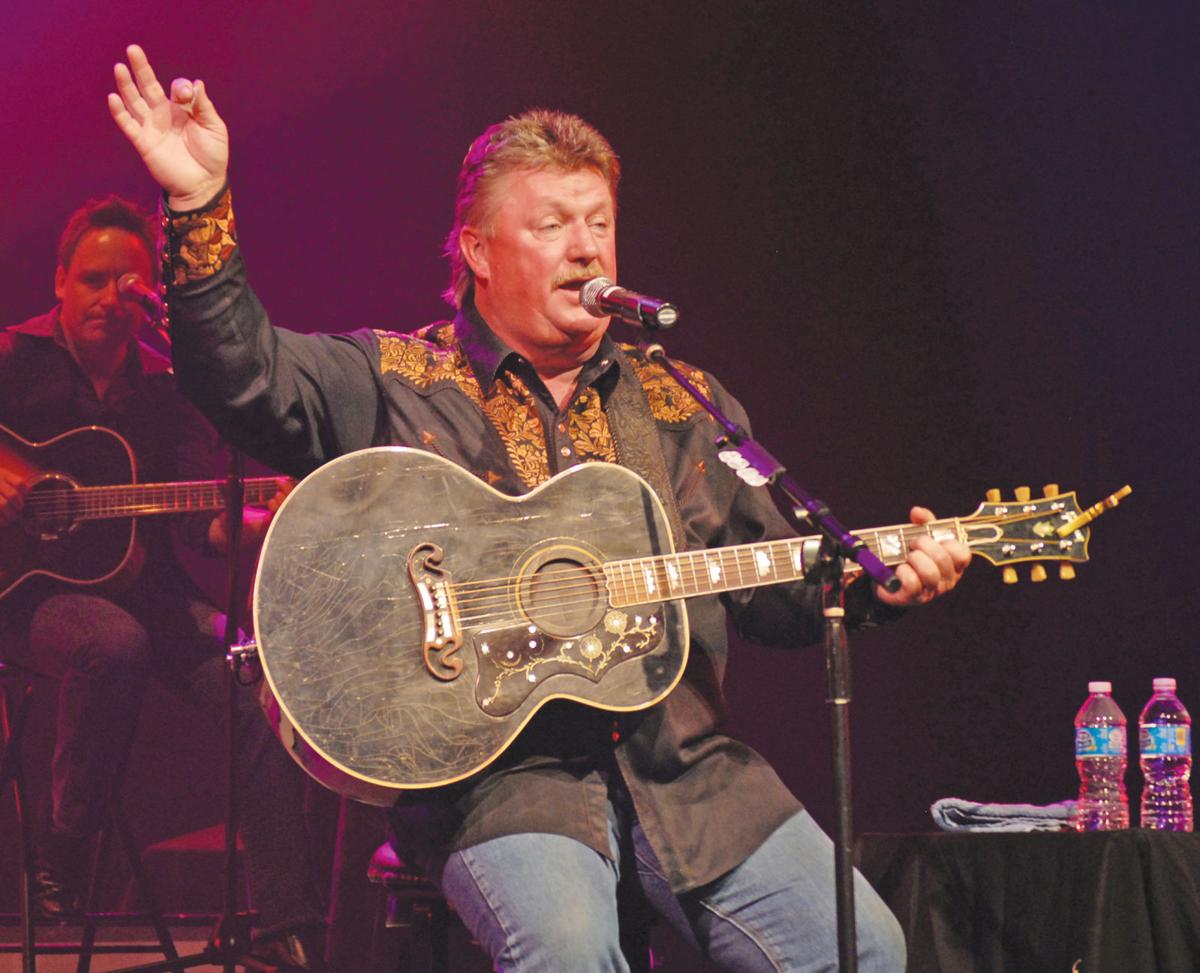 Country hitmaker and Grand Ole Opry member Joe Diffie, seen here at a 2013 show in Branson’s RFD-TV The Theatre, died Sunday due to complications from COVID-19. He was 61. 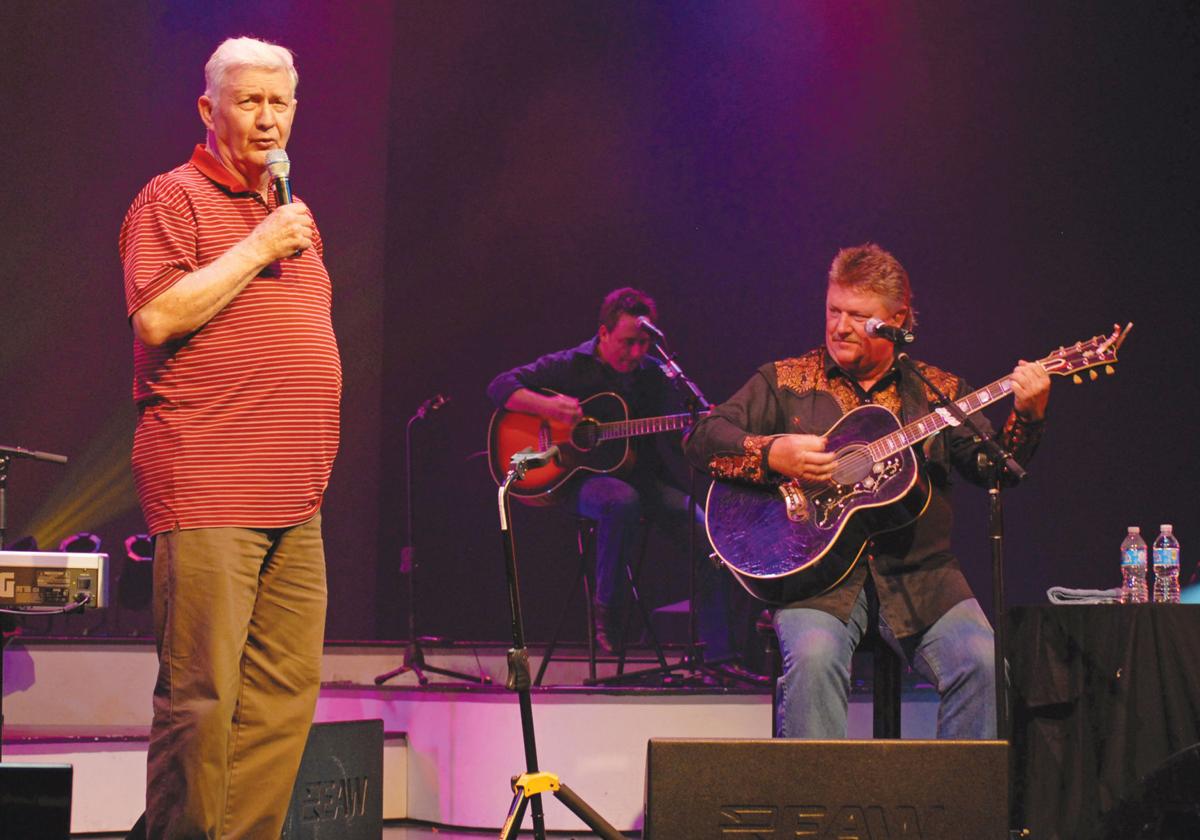 Joe R. Diffie, left, joined his son Joe Diffie, right, to perform a tune during a 2013 show in Branson. The younger Diffie died Sunday at the age of 61 due to complications due to COVID-19.

Country hitmaker and Grand Ole Opry member Joe Diffie, seen here at a 2013 show in Branson’s RFD-TV The Theatre, died Sunday due to complications from COVID-19. He was 61.

Joe R. Diffie, left, joined his son Joe Diffie, right, to perform a tune during a 2013 show in Branson. The younger Diffie died Sunday at the age of 61 due to complications due to COVID-19.

Diffie announced he tested positive for coronavirus March 27, and two days later, he died in Nashville from complications of the COVID-19 disease.

“I met Joe Diffie for the first time in 2002 when I was asked to be the photographer for a charity concert he held at the Ryman Auditorium in Nashville,” Up Close Concerts owner and promoter Bob Cannella said. “He had many of his friends appear on the concert including the Judds and Trace Adkins, and I remember how gracious Joe was with all of his fans, taking time to chat with them, sign autographs, and take photos to show his appreciation for their support.”

Joe Logan Diffie, a native of Tulsa, Oklahoma, was born Dec. 28, 1958, into a musical family. Even though Diffie first performed in public as a youngster, music wasn’t in the forefront, and he ended up being a star athlete in high school, and originally set his sights on a medical career.

Of course, his love for music won out and he soon began performing in a gospel group, Higher Purpose. The young entertainer paid the bills by working in a foundry and performing in a bluegrass band, the Special Edition.

During this time, Diffie also built a recording studio when he wasn’t touring with Special Edition. In the studio, he recorded his own tunes and sent “demo records” to publishers in Nashville.

Country singer Hank Thompson recorded Diffie’s “Love on the Rocks”, and Randy Travis put one of Diffie’s songs on hold, but ultimately did not record it.

This bit of success made Diffie decide to give Nashville a try, where he got a job working in the warehouse at Gibson Guitars. After several years and no movement on his career, Diffie soon found himself “on the verge of moving home,” before a fortuitous conversation with his father.

“The best advice I ever got was from my dad,” Diffie recalled in his bio. “He said, ‘If you don’t have a goal, you don’t have anything to shoot at. Do something every day towards your music. Write a song or play your guitar.’

“I took that to heart and made sure I did something every day whether it was big or little. I remember getting out of bed one time because I had forgotten to do something towards my music. I actually got up, got my guitar and played for a few minutes and then went back to bed. I feel like that had something to do with the success that I’ve managed to achieve. I think it would apply in anything. I lived, breathed, ate and slept music all the time. I was so obsessed with it.”

While at Gibson, he continued to write and record songs that would later be recorded by Ricky Van Shelton, Billy Dean, Alabama, and the Forester Sisters.

His first break came when Holly Dunn recorded a song he co-wrote, “There Goes My Heart Again,” which he also sang harmony.

He was soon signed to Epic Records, and his debut album, “A Thousand Winding Roads,”  was right around the corner.

The first single from the album, “Home,” hit No. 1, and the man known as “one of Nashville’s best demo singers” was off and running with a unique career all his own.

Diffie’s chart success continued throughout the decade with “New Way (To Light Up an Old Flame),” “If the Devil Danced (In Empty Pockets),” “Is It Cold in Here,” “Prop Me Up Beside the Jukebox (If I Die),” “Honky Tonk Attitude,” “So Help Me Girl,” “Bigger than the Beatles,” “Pickup Man,” “Third Rock from the Sun,” and “John Deere Green.”

Even though he was a success on his own, Diffie continued to write songs for other artists, including Jo Dee Messina’s “My Give A Damn’s Busted,” Tim McGraw’s “Memory Lane,” Doug Stone’s “Burning Down The Town,” Tracy Lawrence’s “I Got A Feeling,” and Conway Twitty’s “I’m The Only Thing I’ll Hold Against You,.”

Diffie eventually became a member of the Oklahoma Music Hall of Fame, as well as the Grand Ole Opry for nearly 30 years. He continued to perform all over the world, both as a solo act, as well as part of several special show events.

“We booked him to perform many concerts over the years, but one that really stands out is the show he did with Aaron Tippin and Sammy Kershaw in 2013,” Cannella said. “In the audience that night was Joe’s father, Joe R. Diffie. Joe brought him on stage to do a song and the crowd loved it.

“You could see the joy on Joe’s face as he accompanied his father, it was one of those rare special moments that happens at a concert. It is so sad that his life was cut short by this pandemic, and a reminder of how fragile life can be.”

According to the release, his family requested people respect their privacy at this time.