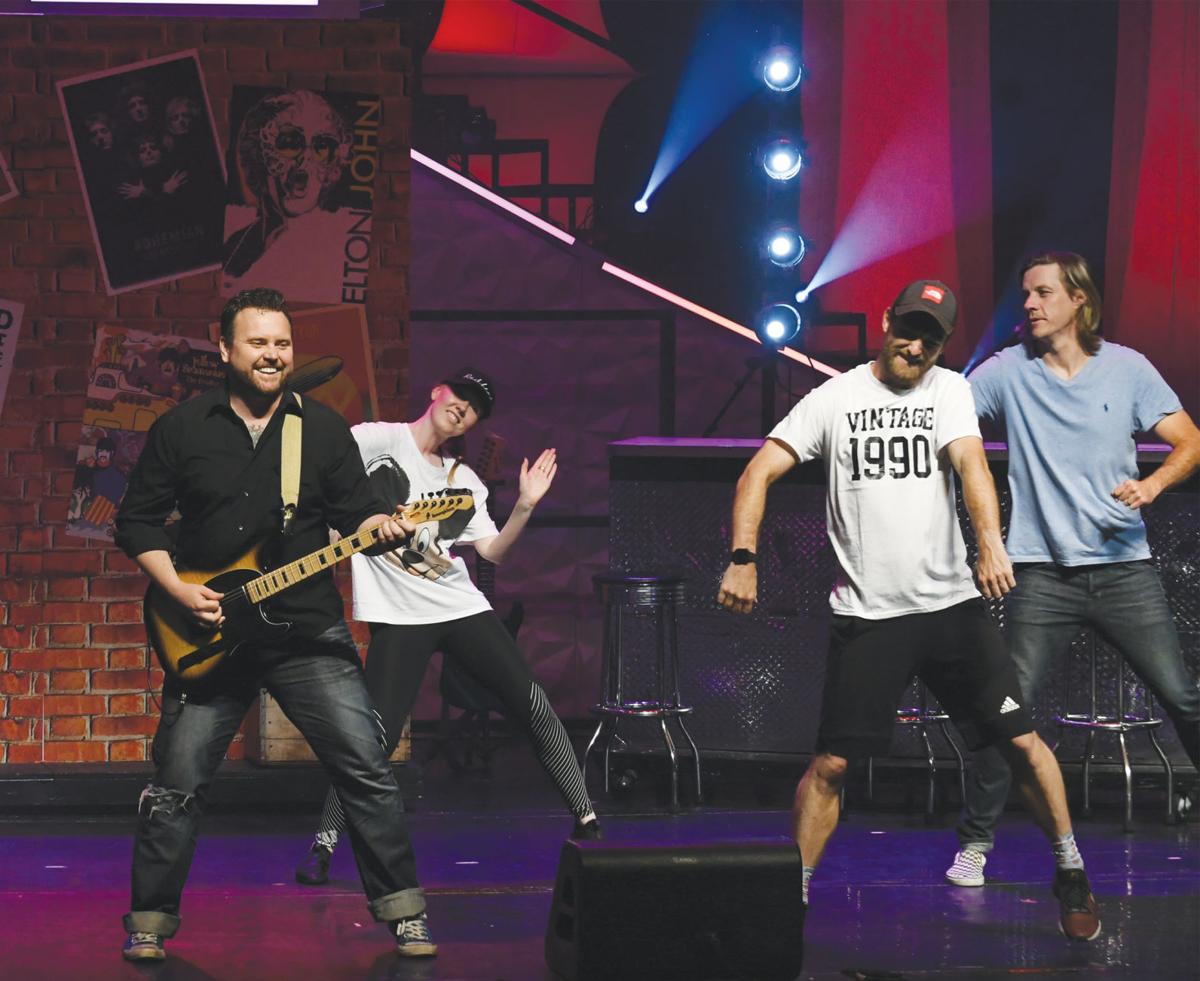 Cole Sherratt, from left, Courtnay Mullen, Rowan Lewis Mitchell and Jay McManus will be a part of the “Anthems of Rock” show, which opens Saturday night at the King’s Castle Theatre. 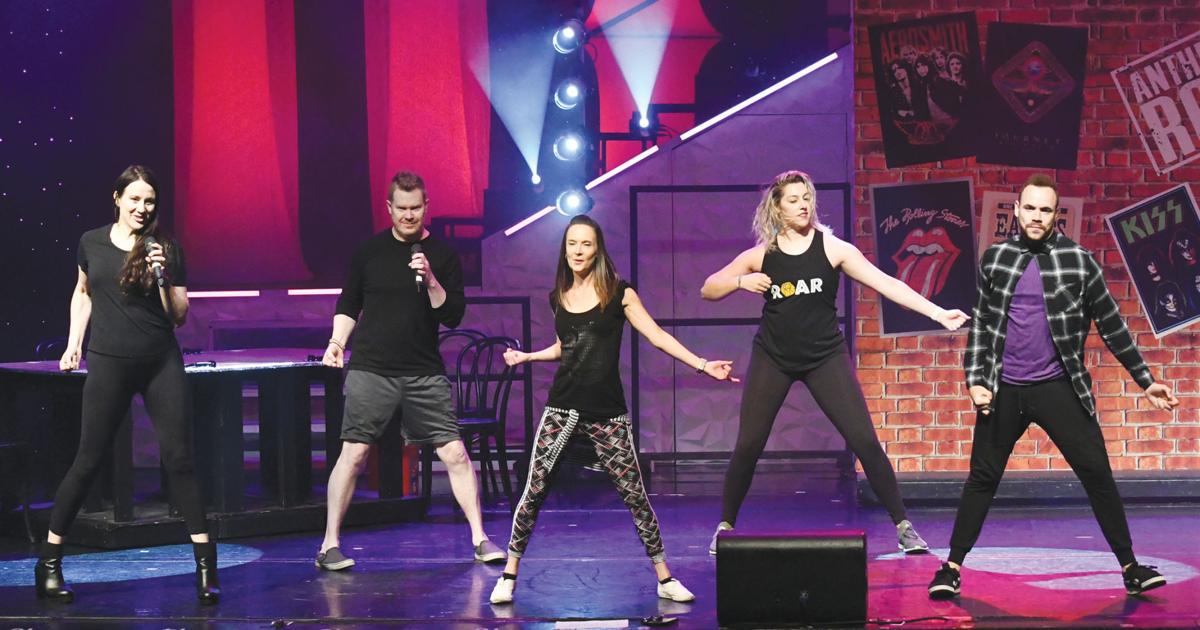 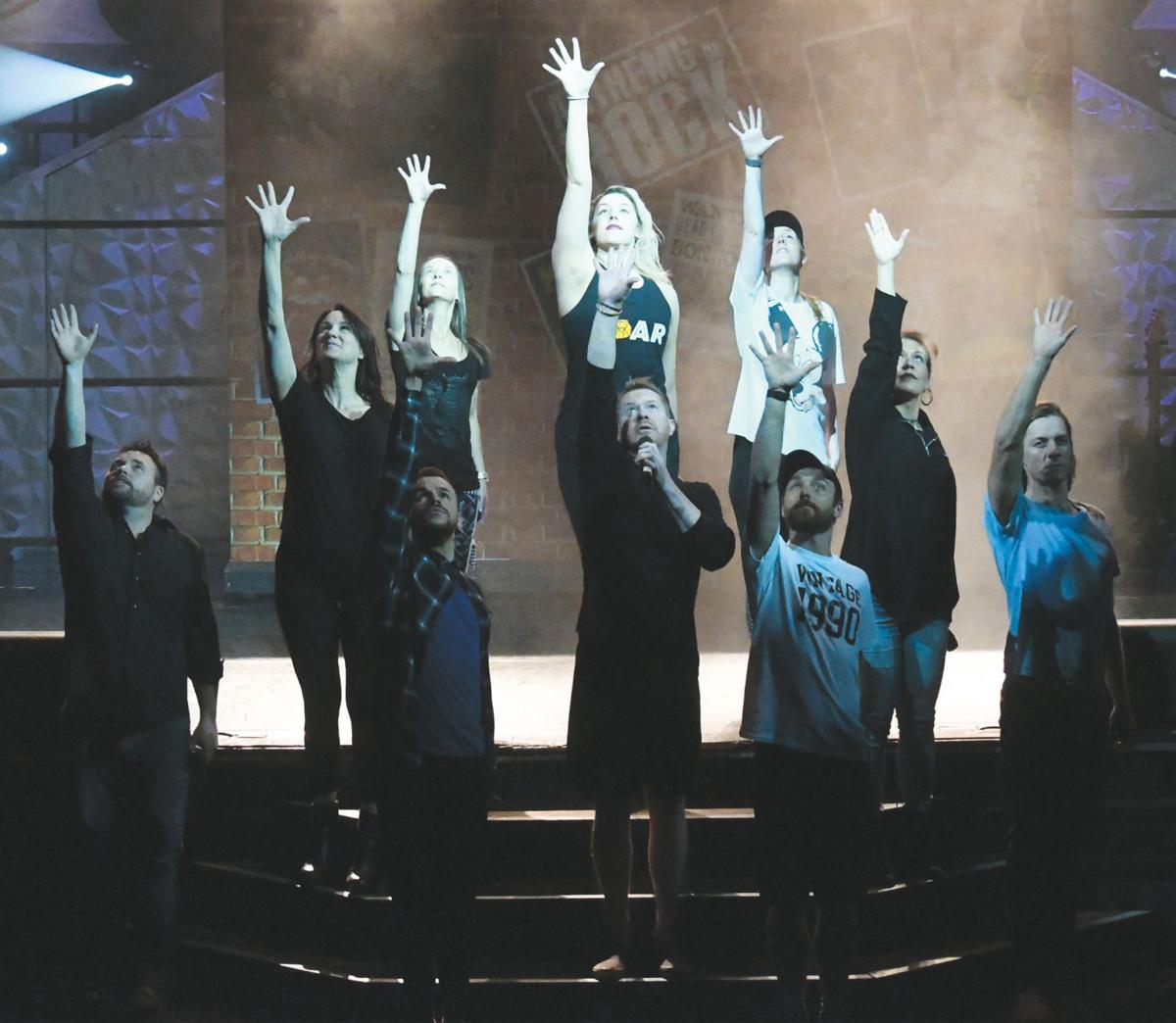 Cole Sherratt, from left, Courtnay Mullen, Rowan Lewis Mitchell and Jay McManus will be a part of the “Anthems of Rock” show, which opens Saturday night at the King’s Castle Theatre.

Saturday night’s reopening of the King’s Castle Theatre in Branson is set to be “quite a rockin’ affair” as the new “Anthems of Rock” show debuts at 8 p.m.

“We’re known for our high production, Broadway-style, classic, old school, Hollywood-type of shows ... but we wanted to do something a little different this year, and everybody loves rock music, including us,” General Manager of the King’s Castle Theatre Jacqui Bell said. “We pushed for this last year, and everyone here was like, ‘yeah, yeah, let’s do that,’ but it did take a little bit of persuading from the theatre’s owner and producer David King because he’s not a typical rock fan (laughs), but he got on board.”

King, a successful and award-winning British theatrical producer, and his King’s Castle Theatre have been staples of the Branson show scene for more than a decade, delivering hit shows including “Spirit of the Dance,” “New Jersey Nights,” “Dublin’s Irish Tenors & The Celtic Ladies,” “Broadway’s Greatest Hits” and more. Bell said they first began discussing the possibility of doing a new “rock show” last year, and thanks to the catalogue of King’s productions, they had lots to choose from.

“He actually produced a show in Monaco called ‘Bohemian Rhapsody,’ and also another one called ‘Rocket Man,’ so he had sort of visited those genres a little bit, and I think that helped get him on board,” Bell  said. “Anyway, we were looking at all the David King shows that we could do ... and we kept coming back to ‘Bohemian Rhapsody’ because it looked very cool, and everybody loves Queen. Then we thought, why pigeonhole ourselves with just doing the Queen music, let’s open it up a bit to add a bit more variety, which is very important to us.”

With an idea in place, they were now faced with choosing which songs they would include in the set list, as well as what qualifies a song as an anthem.

“We wanted a big sing along, you know, a big party, and that’s the definition of an anthem,” Bell said. “I actually Googled it, and it’s a rousing and uplifting song that you know all the words to, whether you like the song or not.

“However, the ongoing discussions, which will probably never end (laughs), revolve around the fact everyone has their own ideas about what the biggest anthems are.”

Bell said the producers did lots of surveys and research, gathering information from people ranging from children, to those in their 80s.

“We tried to go as early and as late as we could, time wise, but you just can’t get away from the fact the late 70s through mid 80s had all the biggest and best anthems.”

According to Bell, “Anthems of Rock” will deliver “the biggest and best rock anthems”  from the some of most famous bands of the 20th century, including the Beatles, the Rolling Stones, Bon Jovi, Led Zeppelin, Rod Stewart, Journey, Aerosmith, the Eagles, Pink Floyd, Chicago and many more. The cast will also pay special tributes to Elton John, as well as Queen, along with their flamboyant front man, Freddie Mercury.

Unfortunately, the venue ended up closing the day “Anthems of Rock” was originally supposed to open. While Bell said she wasn’t exactly “grateful” for the pandemic, she did appreciate the extra time to tweak the show.

“Because we put up four ‘productions shows’ all at once and open them on consecutive days, it’s a super amount of pressure,” she said. “With the pandemic, we had time to sit and really make this show the best it could be.

“There was already lots of energy surrounding this show pre-COVID, because  it’s a new show, the entire cast loves all this music, and let’s face it, you can’t help but have a happy vibe dancing around to ‘Jump’ by Van Halen.”

Even though the cast and crew are ready for opening night, there is still a bit of risk opening this new show.

“The company, being international, has done shows like this before, but never in Branson, so there is a risk,” Bell said. “But, it’s not just a typical rock show with a bunch of head-banging. It’s highly produced and choreographed, more like a rock musical.

“It’s a party, so everyone come on and get involved and have a great time.”

Showtimes are 8 p.m. Wednesday and Saturday for the immediate future, with 2 p.m. shows Tuesdays and Thursdays set to be added later this season.

In addition to “Anthems of Rock,” the venue will see the popular show “New Jersey Nights” open at 2 p.m. Sunday, followed by the opening of “Dublin’s Irish Tenors and the Celtic Ladies” at 10 a.m. Monday, then “Broadway’s Greatest Hits” Friday, May 29.