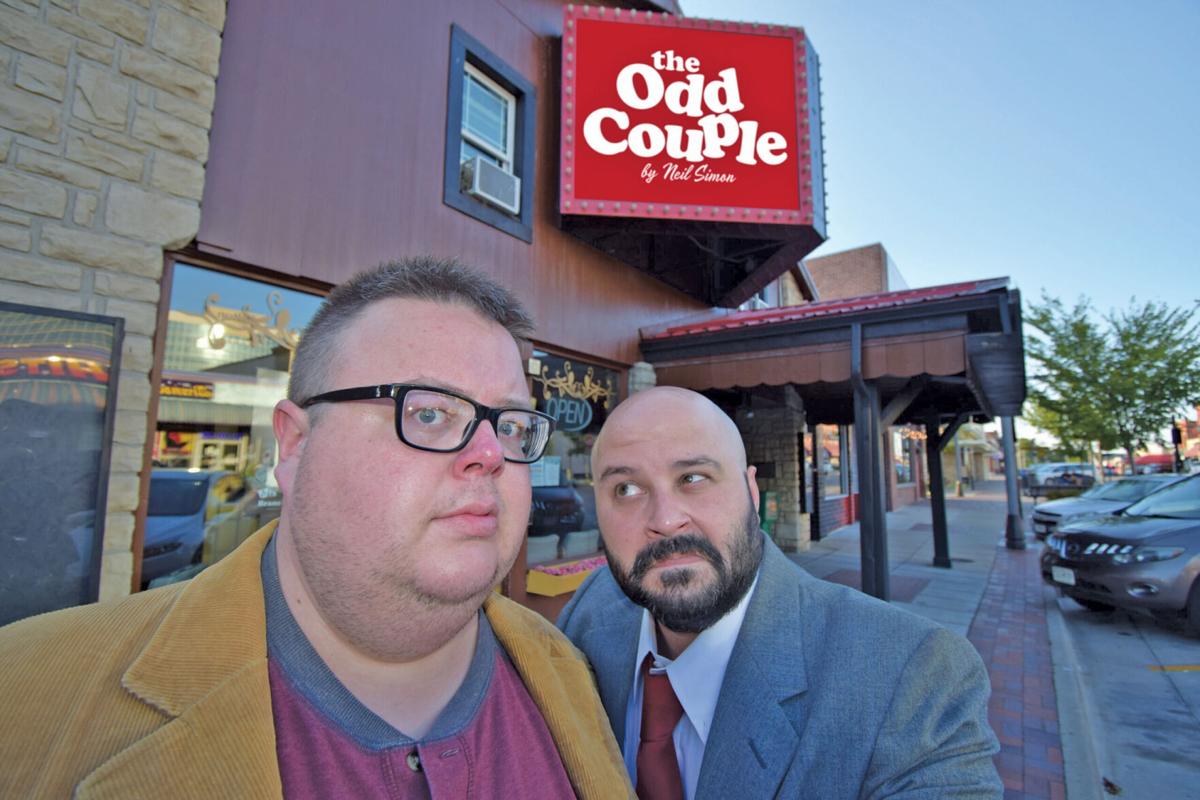 The Odd Couple supporting cast features the talents of (L-R): Dylan Pratt as Speed, Cory Hensen as Murray, J.C. Clinton and Abby Reeve as the Pigeon sisters, Deron Wolfe as Roy and Mark Peper as Vinnie.

The Odd Couple supporting cast features the talents of (L-R): Dylan Pratt as Speed, Cory Hensen as Murray, J.C. Clinton and Abby Reeve as the Pigeon sisters, Deron Wolfe as Roy and Mark Peper as Vinnie.

The long and extended wait is finally over as the Branson Regional Arts Council prepares to present The Odd Couple this week at the Historic Owen Theatre in downtown Branson.

Originally set to arrive at the end of March, the comedy play was forced to postpone its performances due to the pandemic.

Directed by Jody Madaras, star of Branson’s All Hand’s On Deck show at the Dutton Family Theatre, The Odd Couple stars Chance Havens as Oscar Madison and Sean Neil Myers as Felix Unger. During the play, hilarious results unfold when Oscar and Felix, a clean freak and a slob, decide to room together.

“American comedy, The Odd Couple, delivers biting zingers and the ingredients that laughs are made of,” said Madaras in a press release. “Our BRAC production comes complete with a boat load of laughs, and a heart-warming ending that is sure to please!”

The play also features the talents of Cory Hensen as Murray, Deron Wolfe as Roy, Mark Peper as Vinnie, Dylan Pratt as Speed, J.C. Clinton and Abby Reeve as the vivacious Pigeon sisters. Audiences are also asked to keep their eyes open for an unexpected virtual appearance by Branson Comedian Terry Sanders.

For those who might remember, the role of Felix Unger was originally cast to be played by Robert A. Montgomery. However, due to the unexpected postponement of the production because of the pandemic, Montgomery was forced to step away from the show.

“Recommended for all audiences, this classic comedy opens as a group of the guys assemble for cards in the apartment of divorced Oscar Madison,” according to the release.

“And if the mess is any indication, it’s no wonder that his wife left him. Late to arrive is Felix Unger, who has just been separated from his wife. Fastidious, depressed, and none too tense, Felix seems suicidal, but as the action unfolds, Oscar becomes the one with murder on his mind when the clean freak and the slob ultimately decide to room together with hilarious results as The Odd Couple is born.”

All ticket sale proceeds benefit the work of the Branson Regional Arts Council on behalf of the area community. Visit bransonarts.org.