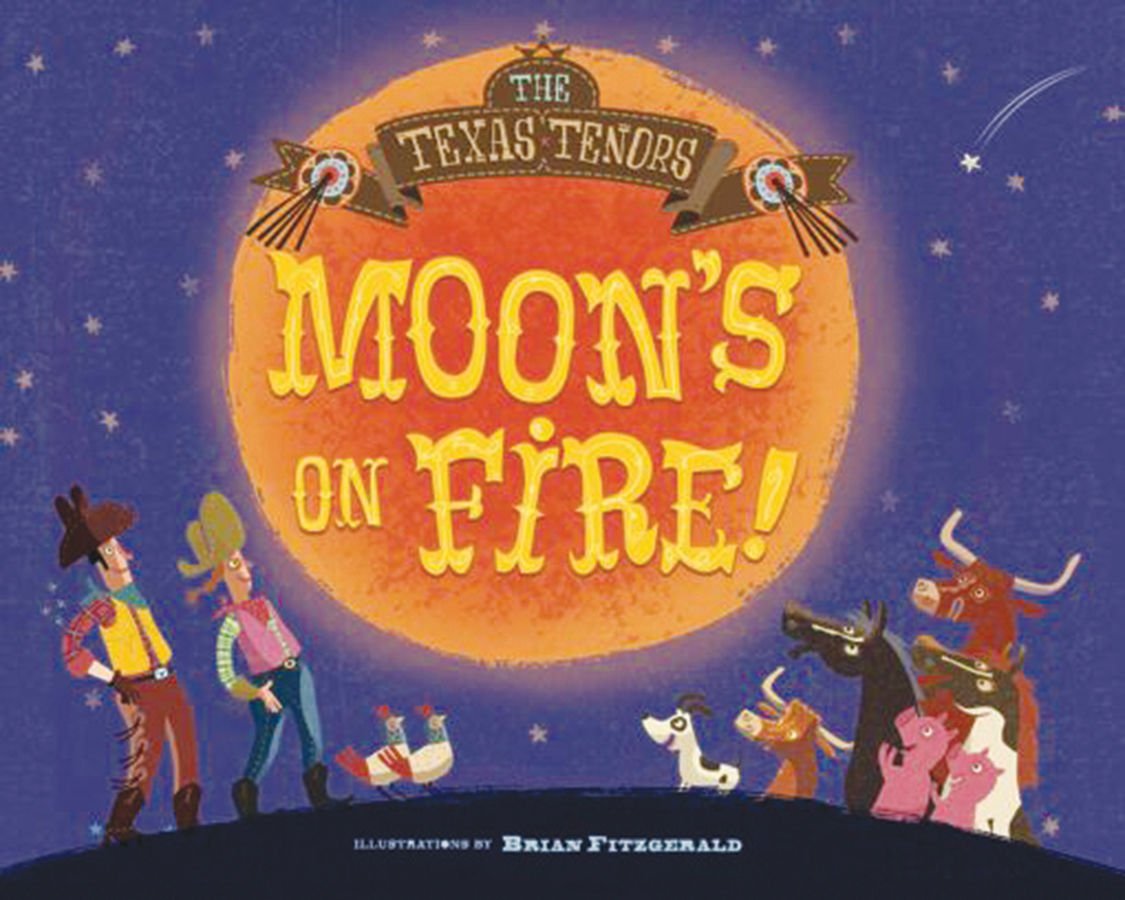 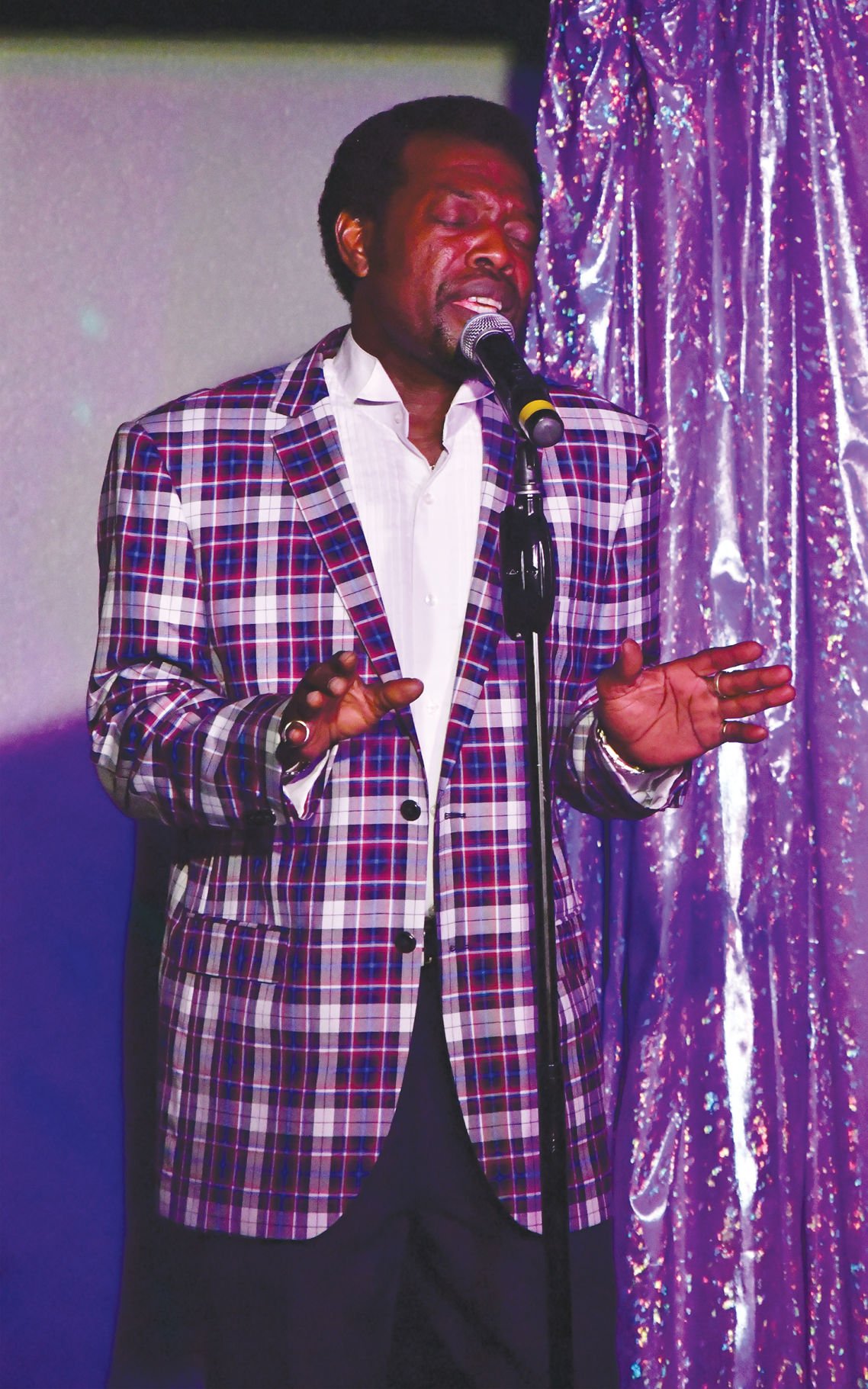 William Gill and the rest of the “Motown Downtown” cast, as well as the cast members of all the other shows at the Hot Hits Theatre, are all up and running for the 2020 season. 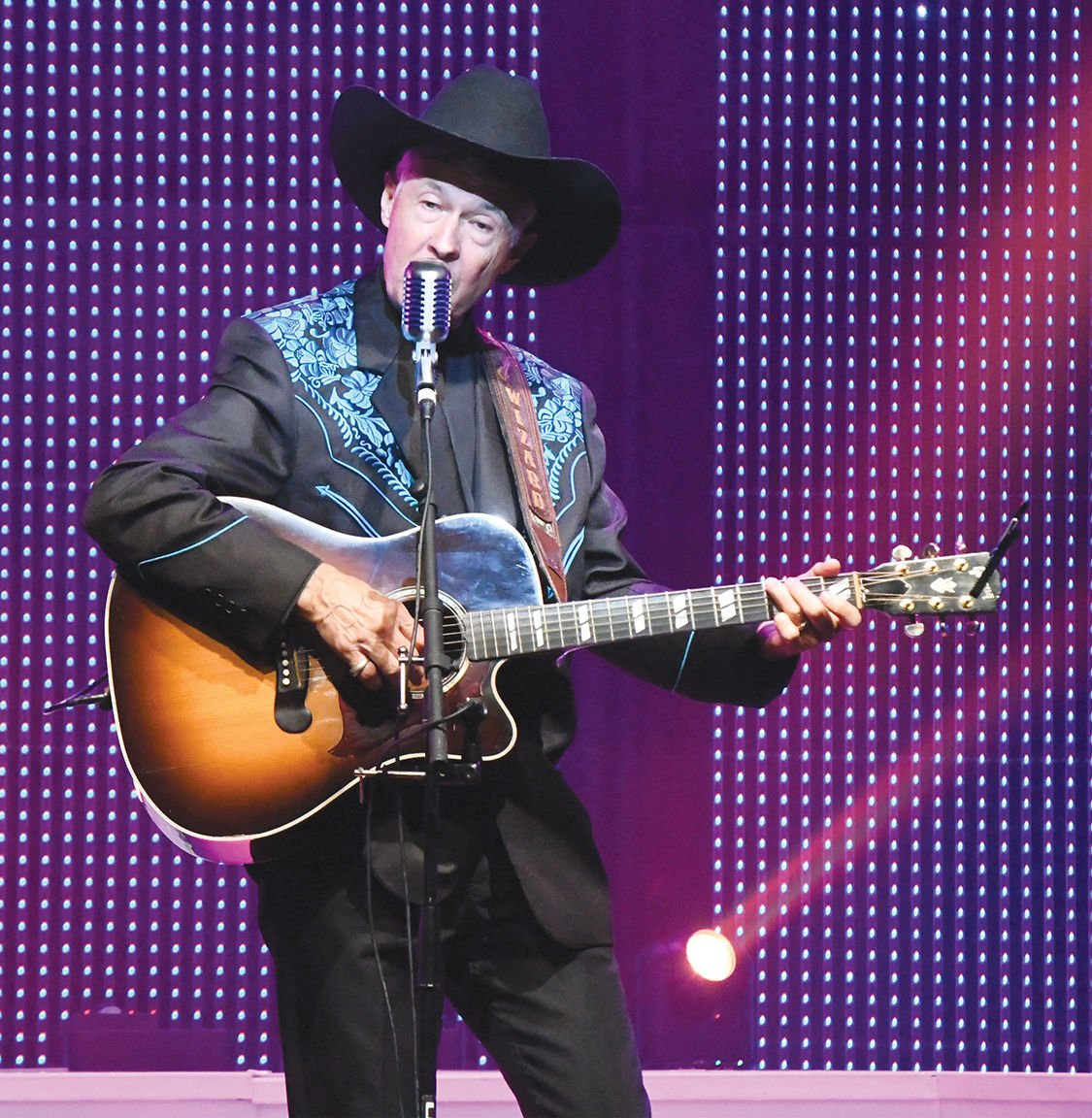 Leroy New and the “A Tribute to Marty Robbins and Classic Country Stars” opens next week at the Dutton Family Theatre.

William Gill and the rest of the “Motown Downtown” cast, as well as the cast members of all the other shows at the Hot Hits Theatre, are all up and running for the 2020 season.

Leroy New and the “A Tribute to Marty Robbins and Classic Country Stars” opens next week at the Dutton Family Theatre.

The Texas Tenors ‘Moon’s on Fire’

Even though they aren’t back at the Andy Williams Performing Arts Center & Theatre until July, That doesn’t mean The Texas Tenors haven’t bee busy. In addition to touring to capacity crowds throughout the country, John Hagen, Marcus Collins and JC Fisher also released a companion piece to their children’s book “Ruckus on the Ranch,” called “Moon’s on Fire.”

Both books were written by The Texas Tenors, and illustrated by Brian Fitzgerald.

Of course, the cowboy and cowgirl at the ranch eventually get Clem to calm down, once they explain the harvest moon shines bright every October, making it perfect for doing chores, mending fences, and of course, harvesting crops.

The book ends with “The Cowboy Lullaby,” which is featured on a new CD, along with a reading by The Texas Tenors, and special guests.

Another cool aspect of this book is the fact a portion of the proceeds from the sales will be donated to The Shriners Hospital for Children.

I got a copy of “Moon’s on Fire” and read it to my nephew, 3, who loved it, especially Clem barking and waking everyone up. He thought that was quite funny.

Plus, it’s a great follow up to their first book, “Ruckus on the Ranch,” which was also a lot of fun.

The Texas Tenors came to national prominence during season four of “America’s Got Talent,” and while they didn’t take home first place during their season, the guys used it as a springboard for much success. Since their “AGT” stint in 2009, The Texas Tenors have performed more than 1,500 concerts the world over, and are the third-highest selling artists in “AGT” history behind only Jackie Evancho and Lindsey Sterling.

They’ve released four studio albums and two PBS specials resulting in five Emmy nominations and three wins. Their most recent efforts include the 2017 release Rise, as well as “A Collection of Broadway & American Classics.”

They also participated in last year’s “America’s Got Talent: The Champions.”

The warmer the weather gets, the more shows open in Ozark Mountain Country, and we’ve got a cornucopia of openings and special events this week.

Earlier this week, the Jim Stafford Theatre welcomed  back “Parrotville.”

This “good time show” features a wide variety of Jimmy Buffett’s greatest hits, as well as a few favorites of Parrotheads (the self-applied name of the legions of Jimmy Buffett fans) everywhere. Tunes include “Margaritaville,” “Come Monday” and many more.

Also, the full slate of shows at the Hot Hits Theatre in downtown Branson are all open for the 2020 season.

Those shows include “All Crazy ‘Bout Patsy,” “Doo-Wop & More,” “Golden Sounds of the Platters,” “Marvin Gaye and the Masters of Soul” and “Motown Downtown.”

The College of the Ozarks theatre and music students will perform “The Pirates of Penzance” at 7:30 p.m. Saturday and Monday, as well as 2:30 p.m. Sunday.

All performances will take place in the Jones Auditorium on the campus of College of the Ozarks.

Saturday “The Magic and Comedy of Taylor Reed” is returning to the Dutton Family Theatre.

Reed, an award-winning illusionist, has been performing since he was a small child, and has been a fixture in Branson for more than a decade. Reed uses “stunning illusions, colorful sets, original story lines, and high-energy entertainment” to keep crowds thrilled and coming back.

Saturday also finds the return of Sight & Sound Theatre’s “first Biblical epic production,” “Noah,” which is returning to Ozark Mountain Country for the first time since 2011.

Sunday afternoon sees “Todd Oliver and Friends” return to his home at the Shepherd of the Hills Historic Homestead & Adventure Park’s Playhouse Theatre.

The show stars Oliver, a renowned ventriloquist and comedian who has been featured on “The Late Show with David Letterman,” “The Late Late Show with Craig Ferguson,” “The Today Show,” and even “America’s Got Talent,” where he snagged a Top 4 finish, being eliminated in the semifinals of Season 7.

Locally, Oliver spent many years performing aboard the Showboat Branson Belle. Oliver is joined on stage by his famous canine Irving, as well as other popular characters including Joey, Pops, and the great Miss Lilly. In addition to ventriloquism fun, Oliver also sings, play a little piano, and even does some magic tricks.

Sunday night, one of Branson’s longest-running favorites, “Dublin’s Irish Tenors and the Celtic Ladies,” opens at the King’s Castle Theatre at 8 p.m.

Tuesday, the Hamner Variety Theatre will see “Beach Boys California Dreamin’” back for another season at 10 a.m.

While seminal surf groups like Jan and Dean and Dick Dale and the Del Tones, as well as acts like the Mamas & the Papas and Dusty Springfield are represented in the show, the main focus is on the music of the Beach Boys.

With the help of videos and select narration, the show highlights the ups and downs of the iconic group while dropping some knowledge, facts and tidbits along the way.

Starring New, also known as “Branson’s Guitar Wizard,” This show features Robbins’ biggest hits, as well as some of his personal favorites, including “Big Iron,” “Devil Woman,” “El Paso” and many more.

Tuesday afternoon at 5, the Hamner Variety Theatre will see “Thank You for the Music: A Modern Tribute to Abba” open for the season.

This show is a tribute to the Swedish pop super-group starring Chelsie Odom, Cadence Miller, James Allen and Stephen Odom, features “signature harmonies, high- energy dance, and huge hit tunes.” Some of those songs featured include “Dancing Queen,” “Waterloo,” “Take a Chance on Me,” “Fernando,” and “Mamma Mia.”

Tuesday night, the King’s Castle Theatre will welcome the cast of “New Jersey Nights” back to the stage for another season.

“New Jersey Nights” is a “spectacular celebration” of the music of Frankie Valli and The Four Seasons, which takes the audience on a nostalgic musical journey through the career of one of the biggest selling groups of all times.

The Production features a cast of singers, dancers and unique stage sets, as well as Valli and the Four Seasons greatest hits, including “Sherry,” “Rag Dolls,” “Big Girls Don’t Cry,” “Walk Like A Man” and  many more.