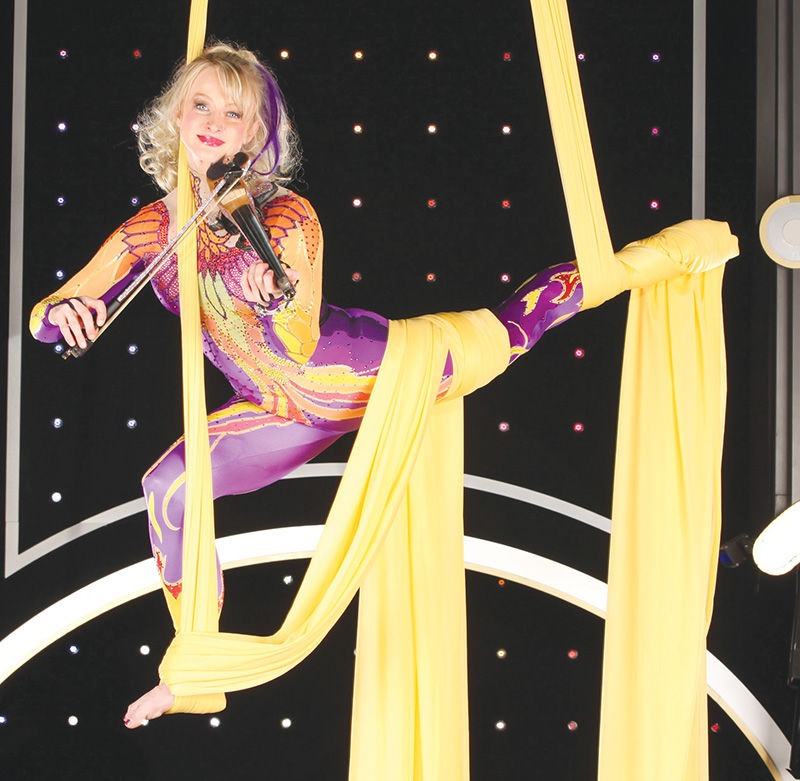 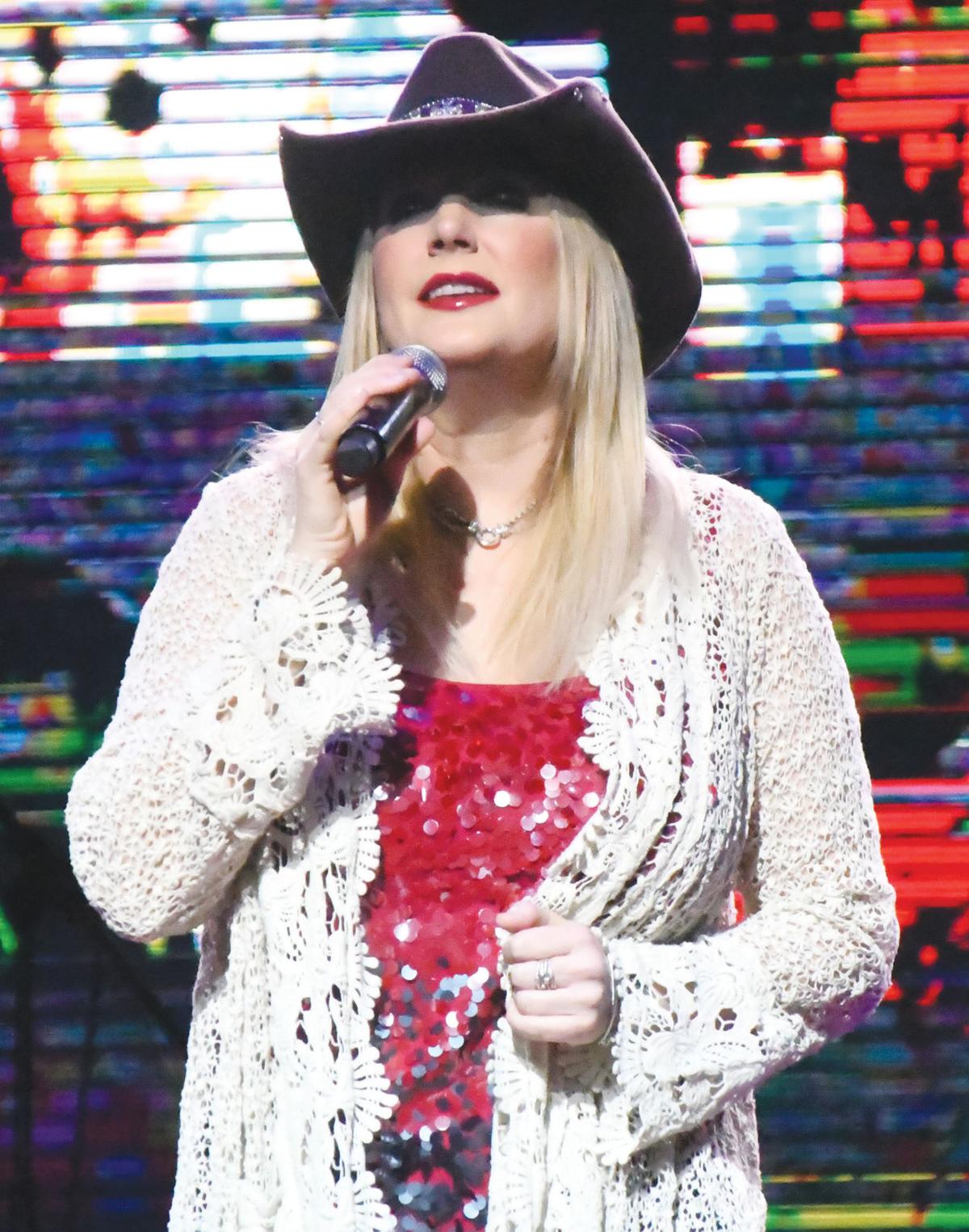 Michelle Poe will be a part of “Raiding the Country Vault Christmas” next season.

Michelle Poe will be a part of “Raiding the Country Vault Christmas” next season.

The Starlite Theatre became the latest participant in the “Branson Shuffle,” the unofficial nickname for shows changing venues from season to season, earlier this week when organizers announced the venue’s 2018 lineup. Returning favorites include “Buckets N Boards,” “Raiding the Country Vault,” “Raiding the Rock Vault,” and “Larry’s Country Diner,” while shows new to the venue include the “Janice Martin Cirque Show,” and a limited run of “The Prophecy, A Trans-Siberian Orchestra Style Show.”

“We have lined up the strongest acts we could possibly get our hands on for 2018,” said Renee Johnson, who handles public relations at the Starlite Theatre. “And we are so excited to roll next year out and see how she flies.”

WHAT’S NEW AT THE VENUE:

Martin, a Juilliard Music School and Indiana University graduate, as well as a U.S. Army veteran, plays several instruments, sings, is also the world’s only aerial and acrobatic violinist. Even though she’s already performed the world over to rave reviews, Martin said she’s planning to unveil an all-new show for her new home in 2018.

Also new at the Starlite next season is “The Prophecy, A Trans-Siberian Style Show,” which will be featured in the fall.

This group of performers are all Juilliard trained musicians, and they are the only traveling show that is authorized to use the “Trans-Siberian Orchestra” name. The show is set to feature favorite TSO holiday songs, as well as unique lighting, lasers, costumes and more.

“We’re so excited to see what those incredibly talented musicians and singers can do on this stage, with the massive investment that (producer, Starlite Operator) Sir Harry Cowell has made this Christmas,” Johnson said. “There’s new lighting, and lasers, and the cryocannons, and a whole lot more fun. I think they’ll fit beautifully in what we’ve worked so hard to build.”

Finally, the theatre will unveil a new holiday show called “Raiding the Country Vault Christmas,” which is set to feature the “best of ‘Country Vault,’ with ‘classic country Christmas’ songs sprinkled in along the way.

According to Johnson, there will be “beautiful sets, gorgeous video,” added to the stage.

“We’ve been working on this one for quite some time, so we’re really excited about it.”

“Country Vault’s” sister show, “Raiding the Rock Vault,” which features members from some of the greatest rock bands in history, who transport the audience back to a magical musical journey from 1960 to 1990, with classic anthems from the Rolling Stones, the Who, the Doors, Led Zeppelin, Jimi Hendrix, Queen, AC/DC, Deep Purple, Van Halen, Aerosmith and more, will return for limited runs in May, July and October of next year.

Also returning next season is one of the venue’s most popular shows, “Buckets ‘n’ Boards.” The stars of the show, Matthew Levingston and Gareth Sever, took a 10-15 minute novelty act that began more than a decade ago at Branson Landing and turned it into a two-hour show featuring music, percussion, comedy and more.

“Buckets ‘n’ Boards” returns to the venue for limited runs in March, June, July and August.

“Also, Sir Harry Cowell is working on several ‘one-off’ shows for next season,” Critchfield said. “So be sure and check the website for future announcements.”

As far as the rest of Branson, new shows set for next season at the Americana Theatre include longtime local favorite Nedgra Culp headlining a new show at the Americana Theatre called “Nedgra Culp & Girls on Fire,” as well as singer, songwriter Billy Yates’ new show “Billy Yates’ Hit Songwriters in the Round,” in addition to his regular gig at “Raiding the Country Vault.”

This year’s “Shuffle” also includes shows relocating to new venues. So far, the “Acrobats of China” have settled in at their new venue, the Acrobats Theatre, formerly RFD-TV the Theatre, “Rock and Roll Revival” moved to the Caravelle Theatre, and comedian Yakov Smirnoff announced he’d be returning to his theater next fall. The “All Hands on Deck Show” also announced they’d be performing fall dates only next season at their new home, the Andy Williams Performing Arts Center & Theatre.

As far as acts not returning, Leroy New, Little Opry Theatre staple and star of “A Tribute to Marty Robbins and Your Favorite Classic Country Music Stars,” and Nashville hitmaker Billy Dean both announced they wouldn’t be performing regularly in Branson next year, even though Dean will open for Trace Adkins April 7, 2018.

The “Branson Shuffle” is far from over, so keep reading the Branson Tri-Lakes News, as well as Branson Live and bransontrilakesnews.com for the latest on everything there is to see and do in Branson.