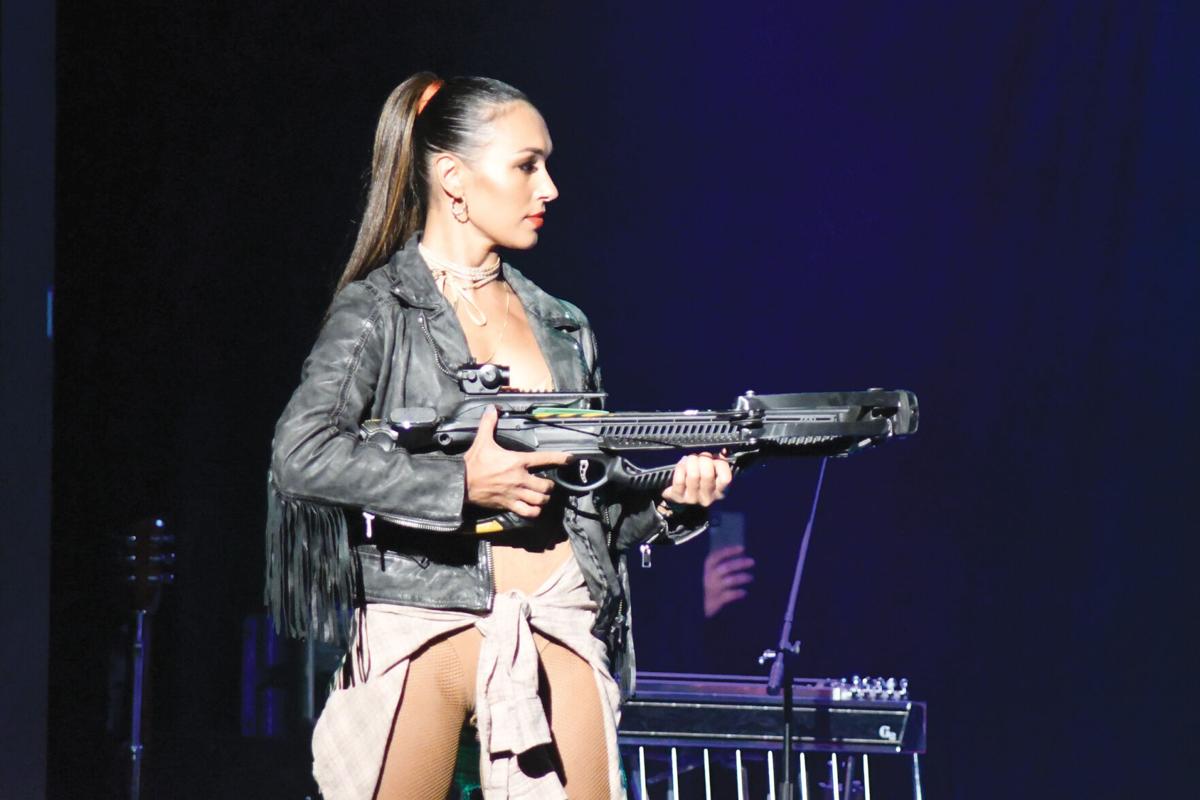 Anna Dangerous prepares to take a long distance trick shot with her crossbow to slice a newspaper in half. 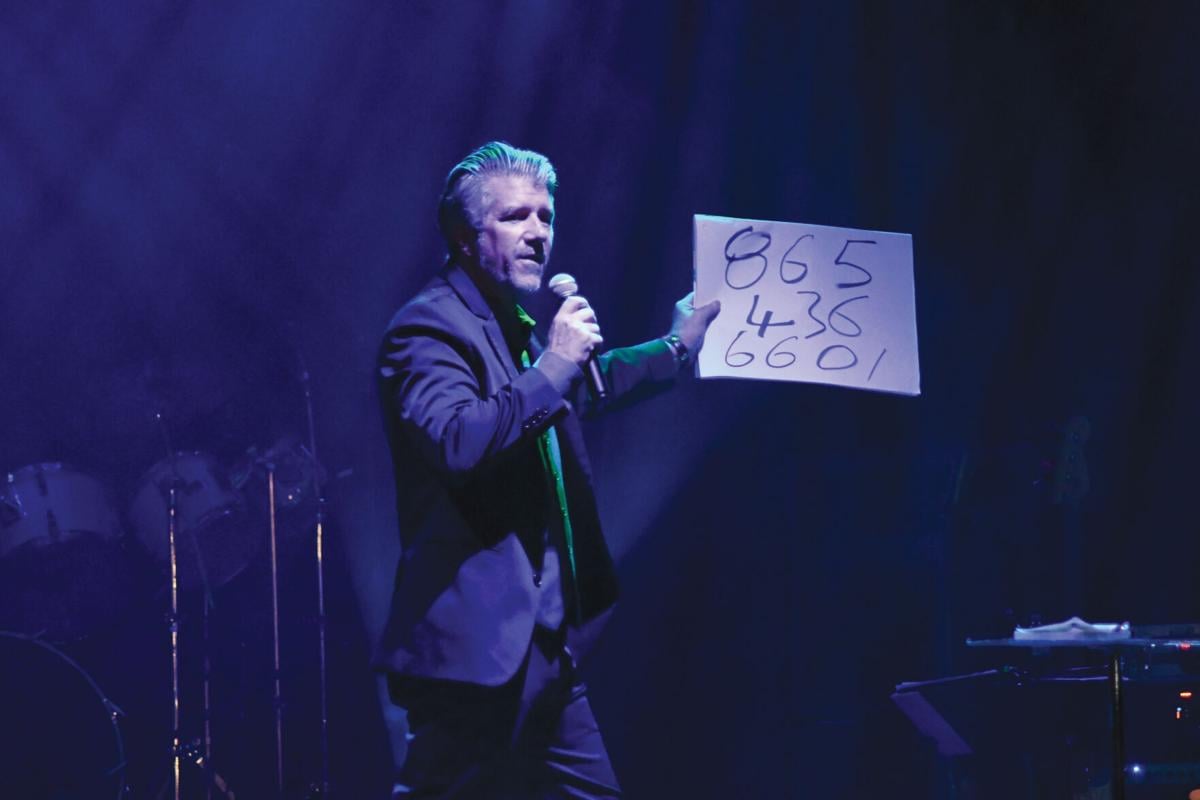 Banachek performs a mindreading trick with a member of the audience. 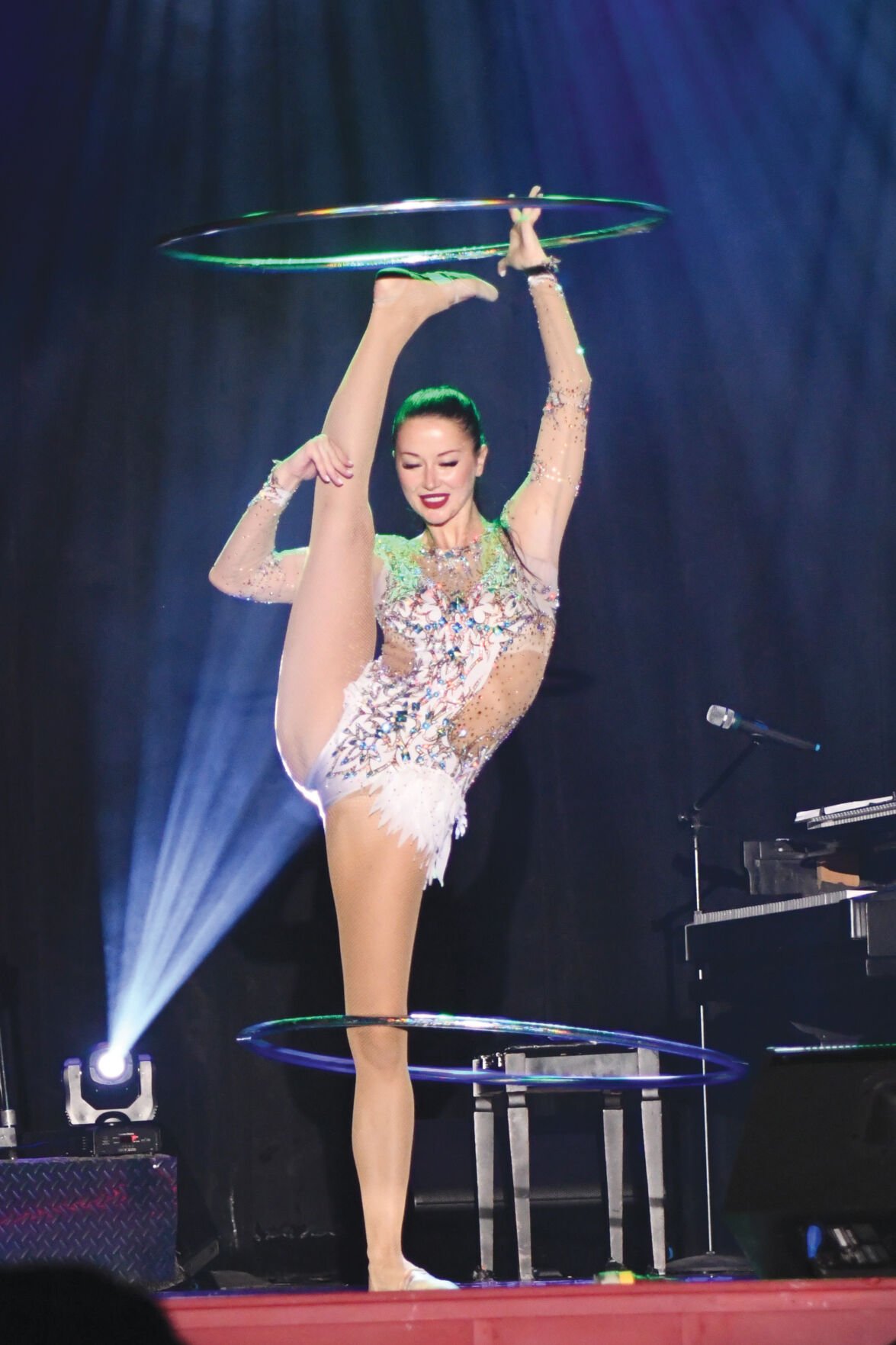 Anna Stankus performs her hula hoop routine as part of the Master of the Unusual show. 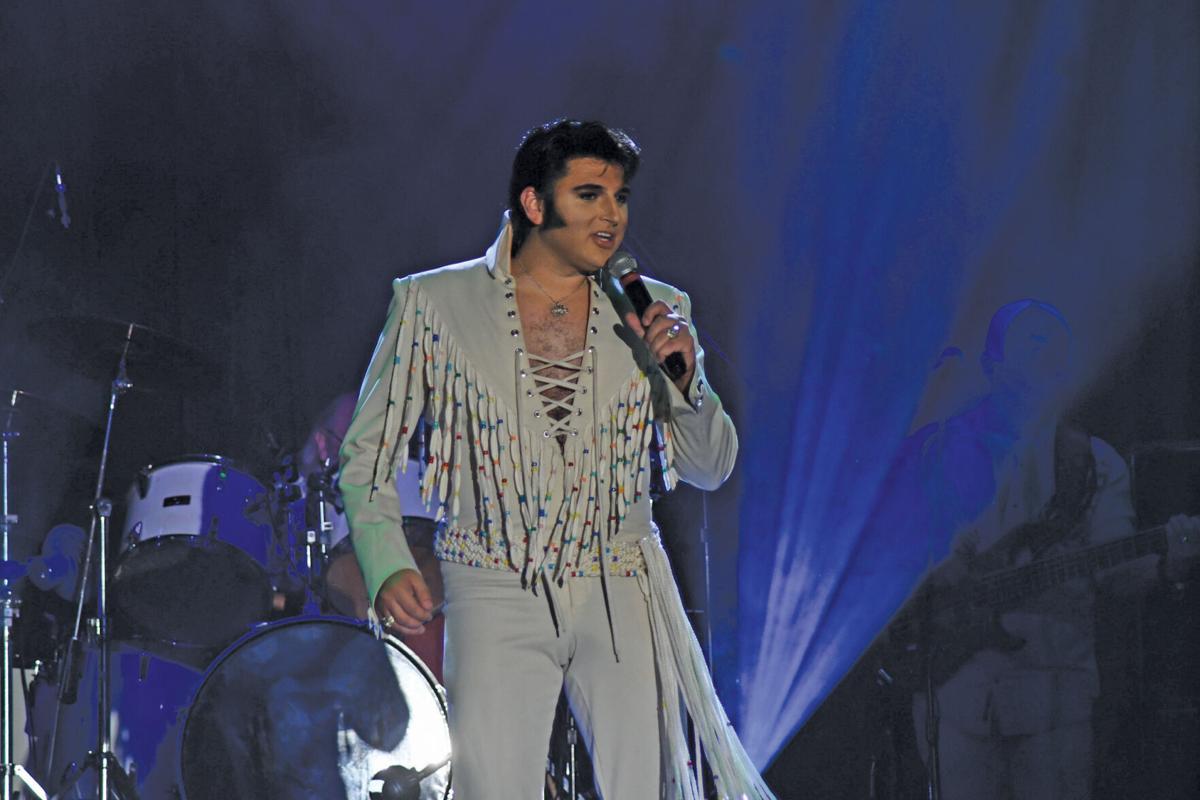 Daniel Jenkins brings Elvis back to the stage during his tribute to the King of Rock and Roll.

Anna Dangerous prepares to take a long distance trick shot with her crossbow to slice a newspaper in half.

Banachek performs a mindreading trick with a member of the audience.

Anna Stankus performs her hula hoop routine as part of the Master of the Unusual show.

Daniel Jenkins brings Elvis back to the stage during his tribute to the King of Rock and Roll.

Masters of the Unusual, an all new variety show at the Branson Star Theatre, made its Branson debut earlier this month.

The current line-up of performers for Masters of the Unusual brings together the talents of a renowned mentalist, a dangerous crossbow shooter, a trick rope and bullwhip entertainer, a hula hoop artist and an Elvis impersonator.

Masters of the Unusual Show Producer Danny Doyle said the concept for this kind of variety was developed when audiences discovered they could entertain themselves without ever leaving their homes.

“The idea is that when entertainment became digital and beamed into our house 24 hours a day, seven days a week in HD 4K, the idea of going and seeing something live has almost lost its validity to people,” said Doyle. “There are a whole bunch of acts that used to be on the vaudeville circuit. Gaucho acts, crossbow acts, old western arts acts, mindreaders and things that are just unusual that people do not see anymore. We wanted to preserve these art forms and let people see them before they vanish completely. And that’s the point.”

Serving as both a performer and host of the variety show is Banachek, a world-renowned magician and mentalist. Banachek is the most awarded mentalist in the USA and has either worked with or succeeded in impressing the likes of David Copperfield,  Penn and Teller, Criss Angel and David Blaine.

“When he was 17, the government had the alpha project in which scientists were actually looking for physic phenomenon. They were studying it and they were trying to find proof of physic powers,” Doyle said. “They finished testing Banachek and decided that he had physic powers and then Banachek came out and said, ‘No I don’t. Here’s what I did. It was a hoax.’ He’s turned that into an entertainment form. He uses his five senses to create the illusion of a sixth sense.”

“She is shooting crossbows, not at a human target, but with a human holding the targets, ” said Doyle. “It’s pretty incredible the things she is able to shoot. It’s truly unbelievable.”

“He’s a little bit different. Like all of them, he knows the history of Elvis backwards and forwards, up and down, but he also puts more of him into it than most tribute artists do,” said Doyle. “So you kind of get to see through the mask of the Elvis entertainer that is Daniel, which is a wonderful piece.”

Doyle said he and his wife have been partners with a Caribbean resort company for the last 14 years, which led to the creation of Masters of the Unusual in 2014. Doyle shared that they had been looking at coming to Branson for a while now, and when the pandemic hit it became the perfect place to bring their show.

“Branson truly for a long time has been the live entertainment capital of, certainly the Midwest, and quite possibly the county and the world for that matter. Branson has just thrived off of live entertainment, and it just fits real well,” said Doyle. “The thing is, there’s not one of these acts that a kid is not going to adore and that Grandma isn’t going to adore. There’s something in this show for absolutely everybody, and all of it’s family oriented and family fun. We’ve been looking at Branson, and when COVID hit and the world shrank up regarding the amount of places you could actually do entertainment live, it was truly fortunate for us that we had been eyeballing Branson in the first place. We feel very fortunate to be able to work in Branson.”

Doyle said they also have other acts that will rotate in and out of the show with the current acts based on availability. He added the performers on stage are consistently changing throughout the show and the season, which makes this show perfect for the “I need it now” kind of audience.

“People are used to being able to fast forward if they need to. We have oriented ourselves for that market,” Doyle said. “The beautiful thing  is because we rotate acts in and out, and quite often over the years, it’s beautiful for the tourists. Because if you come and you see us and you like the show, then come back and you’ll see something new next time maybe. Then if you don’t like the show then come back and see us next year, because we’ll have something new. It’s a beautiful little thing.”

Masters of the Unusual Variety Show offers performances every Tuesday through Saturday at 2 p.m. inside the Branson Star Theatre.