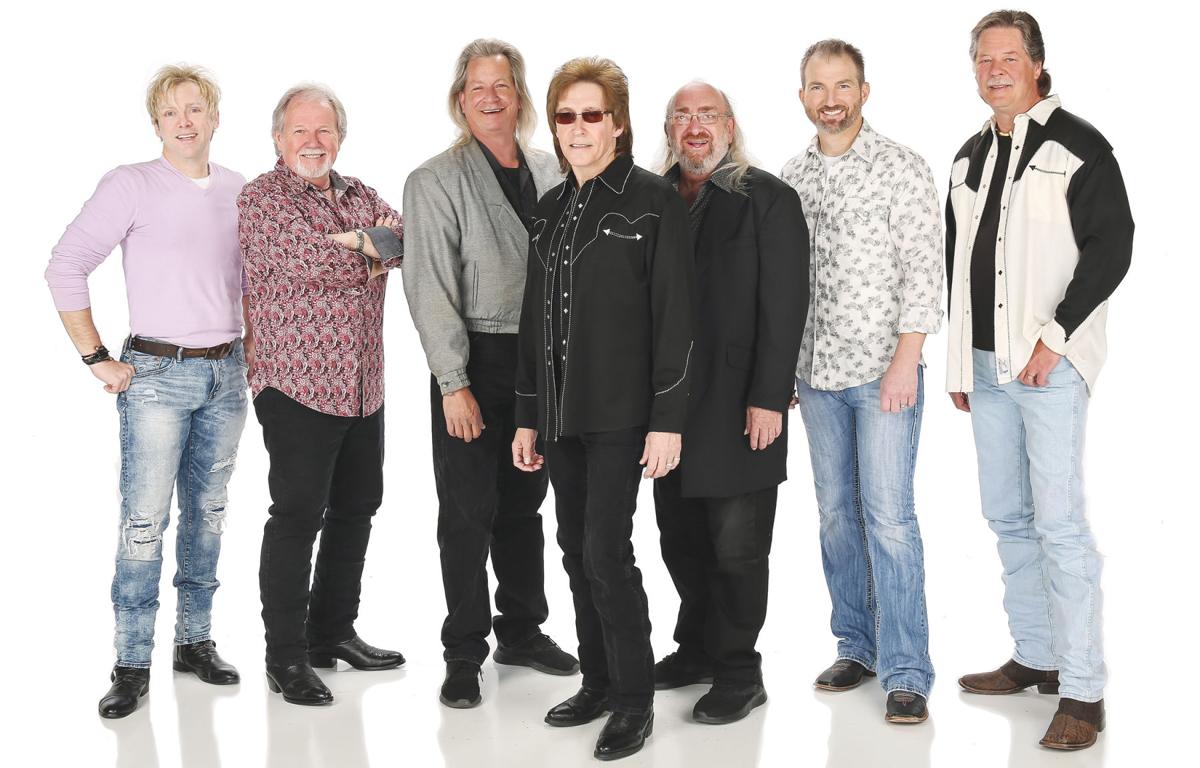 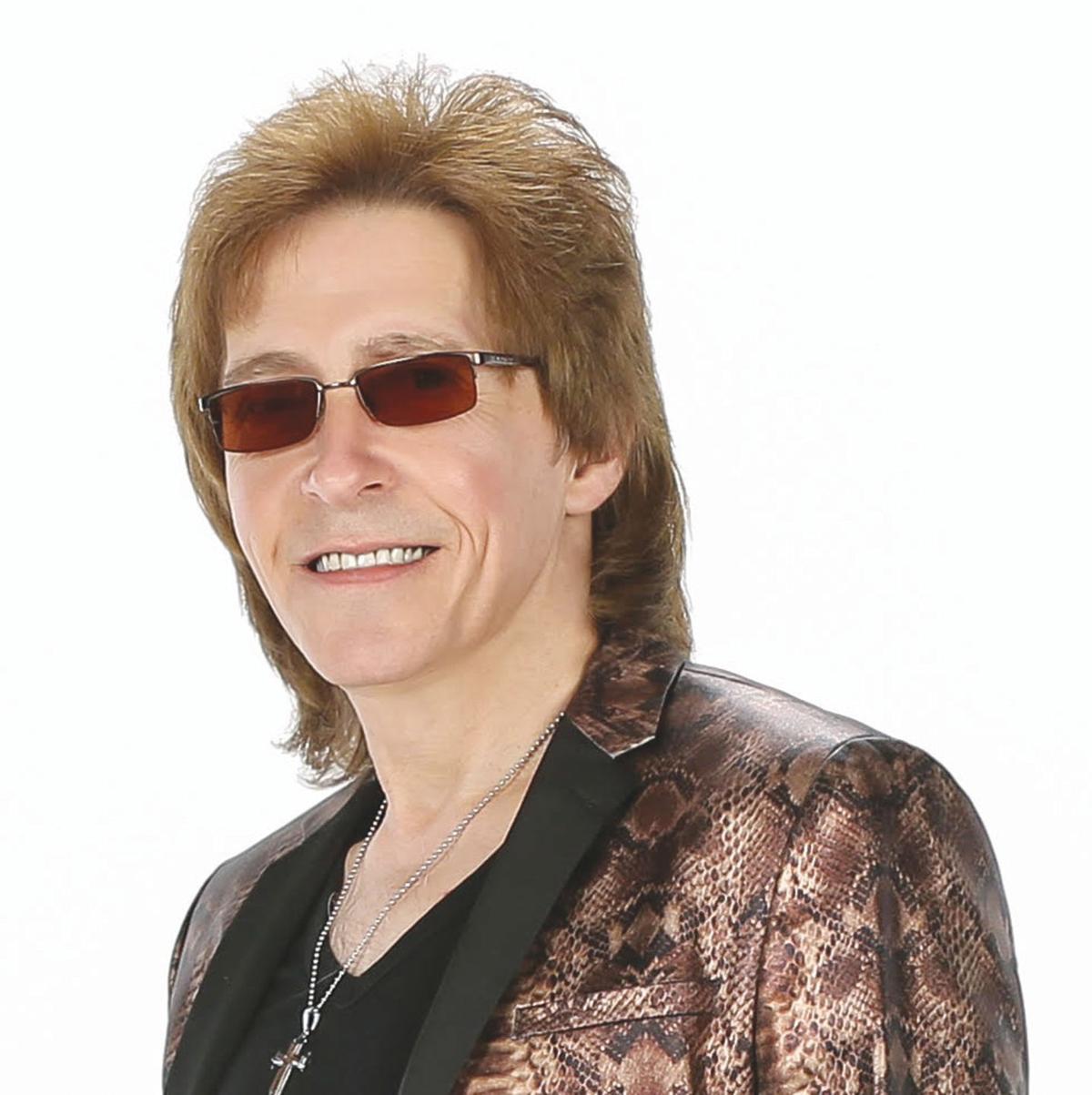 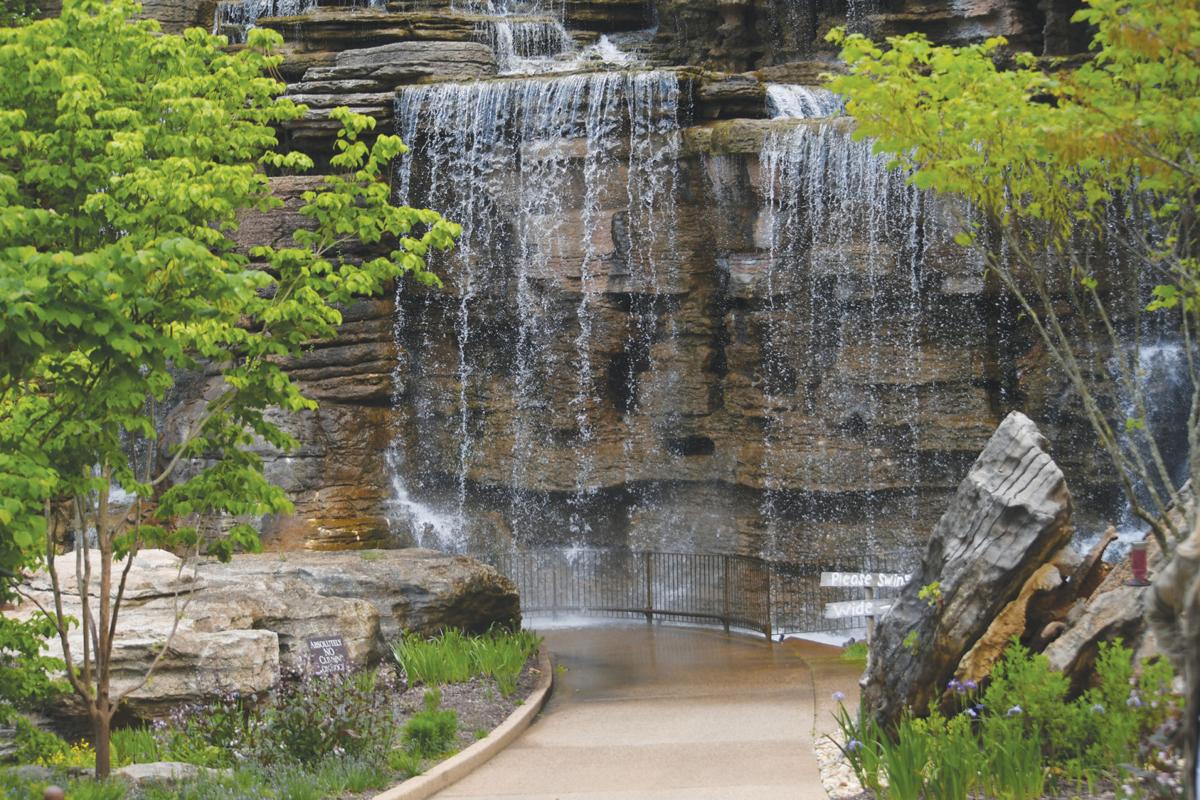 Waterfalls highlight the Top of the Rock Lost Canyon and Nature Trail. Both Big Cedar Lodge and Top of the Rock, as well as Dogwood canyon, are currently open.

Waterfalls highlight the Top of the Rock Lost Canyon and Nature Trail. Both Big Cedar Lodge and Top of the Rock, as well as Dogwood canyon, are currently open.

The Branson Star Theatre, located behind the Olive Garden just off Branson’s famous 76 Strip, has been a hotbed of activity over the last few months as entertainer Stevie Lee Woods is gearing up to unleash a new slate of shows, including local and national touring acts.

“We’re planning on putting country music and rock ‘n’ roll all in one spot,” said  Woods, also a theater partner. “I have a great general manager, John Miller, that has produced massive rock ‘n’ roll as well as metal music success both in live and theatrical shows.

“I have been deep in the country music world for over three decades, and I am ready to switch things up here in Branson.”

Woods’ career began in the ’90s, and he has earned acclaim for his hit tunes and videos on Great American Country (GAC) and CMT. Woods will be headlining his “Nashville Roadhouse Live” at the property, which will also house seven new shows.

The Branson Star is home to two venues, a smaller theatre which seats more than 200 folks, and the “big room,” which can seat more than 1,300.

“We’re pushing the envelope here,” Miller said in a release. “We have two theaters inside the complex, with a massive amount of entertaining talent divided between both.”

Miller said they’re also looking at the theater as a “nightlife adjacent facility,” with full capacity to bring in “bigger” rock and country acts.

“We have a full entertainment complex here, including our full bar with live entertainment adding to the ‘Branson Nightlife’ scene,” Miller added.

According to a release, the venue will open Sunday June 7 with “Thunderstruck,” an AC/DC tribute show. According to Woods, the group headlining the show has been called “America’s AC/DC” for their spot-on covers of the Australian supergroup.

It is important to remember, not every show is performed every day, so it’s always a good idea to make sure the show you want to see is in fact scheduled for that day.

The venue’s “biggest show,” Woods’ “Nashville Roadhouse,” is set to open Thursday, June 11 in the “big room.” According to Woods, this show will be “where country meets rock ‘n’ roll,” and in addition to Woods, the show will also feature Kathie Baillie & The Boys headlining every Thursday and Friday nights, “Nashville Roadhouse” will also feature national touring acts.

Woods said his first guests will be the Swon Brothers, who appeared on “The Voice.”

“We had to push some of the bigger acts back while we work through Covid, so they are coming in July and August,” he said. “We’ll have the smaller National acts coming in the first part of June, then we’ll be wide open.”

The Swon Brothers, Zach and Colton, gained national exposure as finalists on NBC’s “The Voice,” and released their self-titled major-label debut the following year. The album’s first single, “Later On,” was the duo’s first Top 15 hit. The brothers have also received CMA and ACM Award nominations for “Vocal Duo of the Year,” as well as a CMT Music Award nomination for “Duo Video of the Year.” They have also joined Brad Paisley on his Country Nation World Tour and Carrie Underwood on her Storyteller Tour, and constantly tour on their own, treating their loyal fans to “Swoncerts” everywhere.

The Branson Star Theater opens June 7, and all tickets are currently on sale now at bransonstartheater.com, or at 417-693-4432.

‘Natural social distancing’ at Top of the Rock

Our adventure began at the Welcome Center where we departed on new golf carts to experience the coolness that is the Lost Canyon Cave and Nature Trail. Loyal Reader(s), if you haven’t yet experienced the tour and its numerous waterfalls, caves, rock formations and stunning views, you need to do so.

Also, one of the coolest things I have seen in many days, a new moonshine distillery, is currently under construction just outside the entrance to the cave. Not only will the folks at Top of the Rock be able to make their own shine, they’ll do it with stills originally built and operated by legendary moonshiner “Popcorn” Sutton, which were also once owned by Hank William Jr. “Pop-Cephus” shine y’all! Sign me up.

This year, they also added a new butterfly garden, as well as a fantastic sharp turn that takes guests almost underneath a waterfall. Plus, the new Eagle’s Nest observation point offers one of the best views in all of Ozark Mountain Country.

From there, we visited the “new dining concept” of The Osage Restaurant, and the food, atmosphere, music and vibe were all perfect. Plus, the social distancing in the restaurant area was very well done.

We capped off the evening with a Sunset Ceremony, which saw the cannon next to the The Chapel of the Ozarks at Top of the Rock, which overlooks Table Rock Lake, fired off by WWII veteran Emil Martinka. A great way to cap off a great post-quarantine experience in nature.

In addition to the awesomeness at Top of the Rock, folks should also check out several other properties owned by Morris, including the 10,000-acre Dogwood Canyon Nature Park in Lampe, as well as the five local golf courses, Top of the Rock, Buffalo Ridge Springs, Mountain Top, Ozarks National and Payne’s Valley.

Also, the Big Cedar Lodge is quite awesome in its own right.

“Big Cedar Lodge has always been a special place for families to get back to nature and create lifelong memories, something we need that more than ever in times like these,” said Johnny Morris. “Some of my most cherished fishing and family traditions have taken place around Table Rock Lake. Whether you live nearby and need a quick escape or you are planning an extended trip, we’re excited to welcome everyone back for a safe, nature-oriented experience this summer.”

Another personal favorite of mine is Fun Mountain and Uncle Buck’s Restaurant, located at Big Cedar Lodge. The go karts are awesome, the bowling alley is top notch, and the arcade is phenomenal. Speaking of Big Cedar, all the restaurants at Big Cedar Lodge and Top of the Rock will be open this weekend, and the Wonders of Wildlife National Museum and Aquarium will reopen Tuesday, May 26.

To view all the latest resort updates, visit bigcedar.com/coronavirus.

While many shows have already announced return dates past this upcoming weekend, the list keeps growing daily.

Friday morning will see the first show open at Grand Country as “Amazing Pets” takes the stage at 10 a.m. This show is set to take the stage on weekends for the immediate future.

This weekend will see “Ventriloquist Todd Oliver” return to the Shepherd of the Hills’ Playhouse Theatre Sunday.

June 1 will see Branson’s Titanic Museum and Attraction reopen with a limited number of guests, as well as mandatory masks. Look for more on this in a future issue of the Branson Tri-Lakes News.

“Absolutely Country Definitely Gospel” is also opening their first season at the Majestic Theatre June 1, followed by “#1 Hits of the 60s” June 2 at the Clay Cooper Theatre, then “Parrotville” June 3 at the Jim Stafford Theatre.

June 5 finds “Branson’s Famous Baldknobbers” and “Reza Edge of Illusion”  at the Branson Famous Theatre. “The Haygoods” return to the Clay Cooper Theatre June 6, as does Jerry Presley to the God & Country Theatres with the “Aloha From Hawaii” edition of his “Elvis Live” show.

Also set for June 6, the Rock House in Reeds Spring is sponsoring an event called “Jammin’ at the Canyon” at Old Wilderness Canyon near Reeds Spring. This event will see entertainers including the Creek Rocks, Sad Daddy, Jeff and the Rainmakers and the Nace Brothers.

Tickets are available at rockhousecenterforthearts.org/calendar-tickets, or by calling 417-272-8386.

June 15 sees the debut of the Ruby Room Theatre & Lounge at the Majestic, which will house “Dancing in the Streets – a Motown Revue” and “Doo Wop & the Drifters.” “The Sons of Britches” are also back June 15 at the Little Opry Theatre, located inside Branson’s Imax Entertainment Complex.