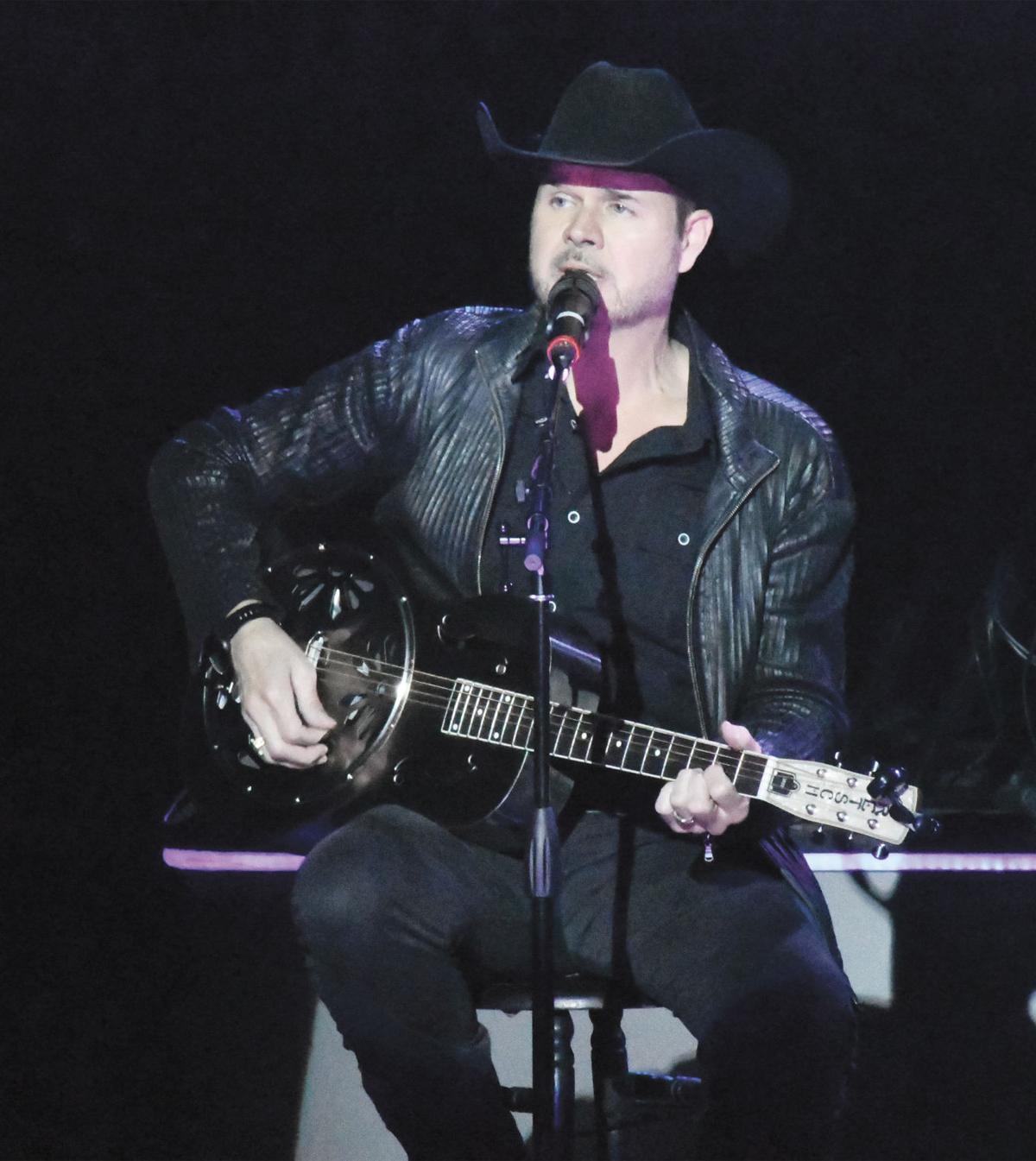 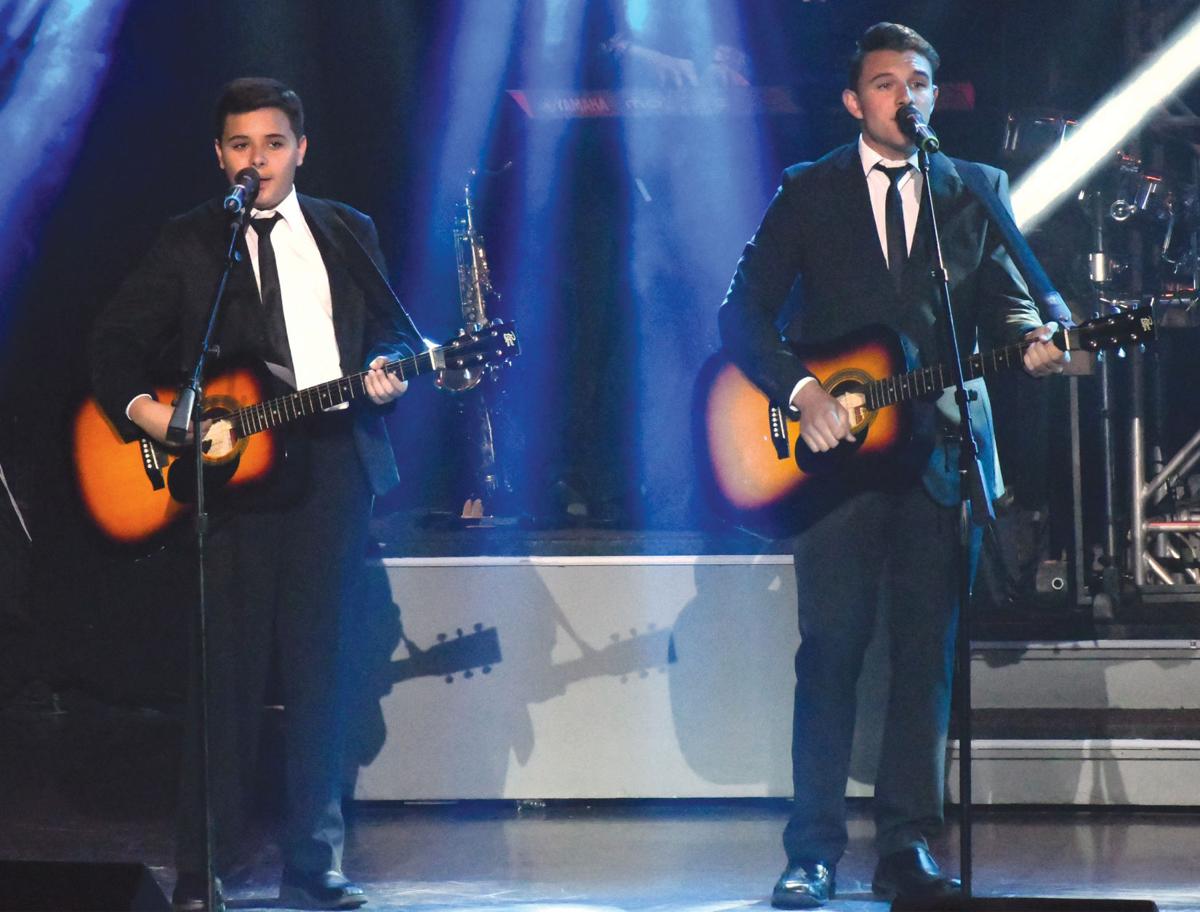 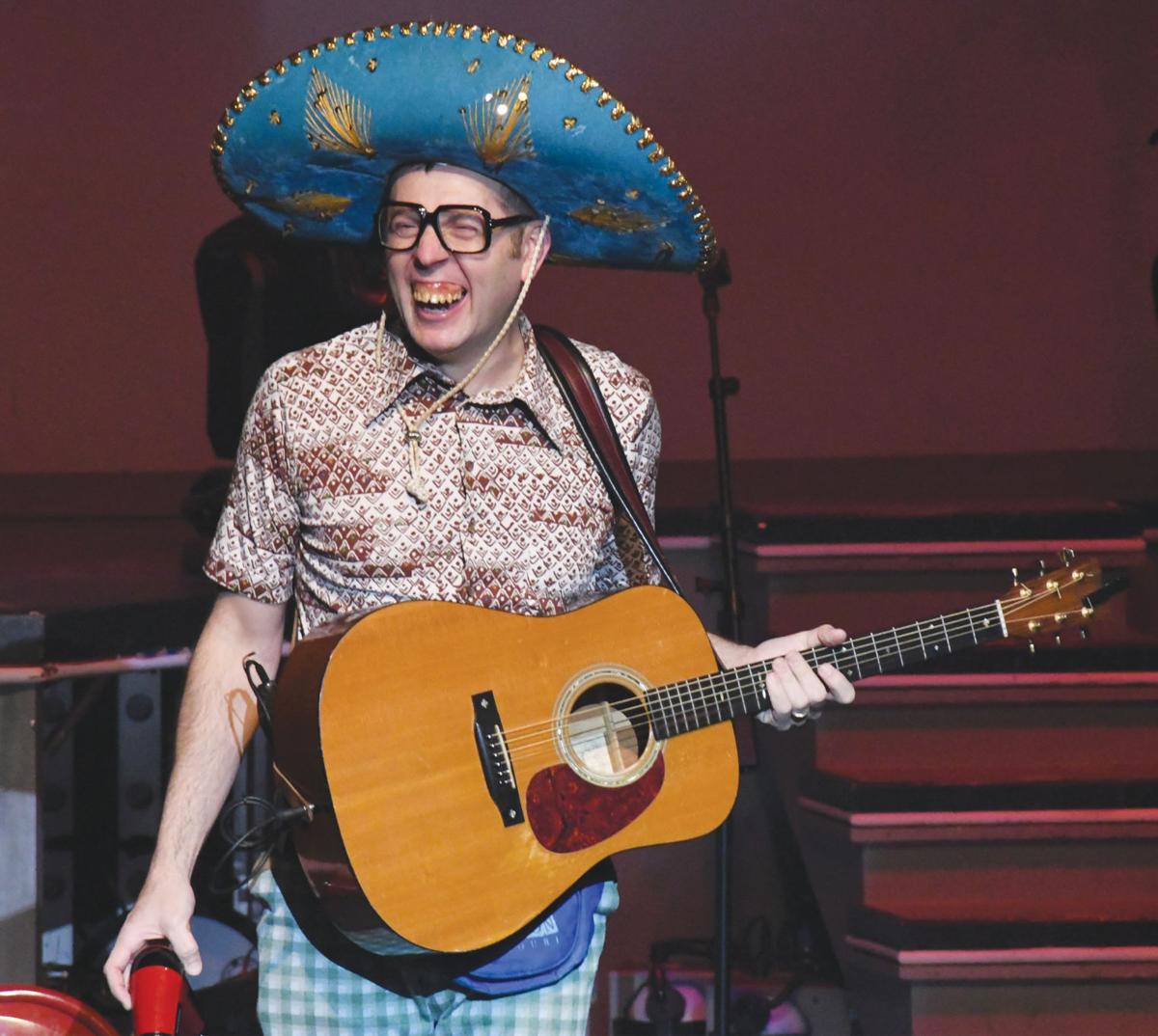 Matt Gumm again tickles the funny bones of those in the audience at “Clay Cooper’s Country Express.” 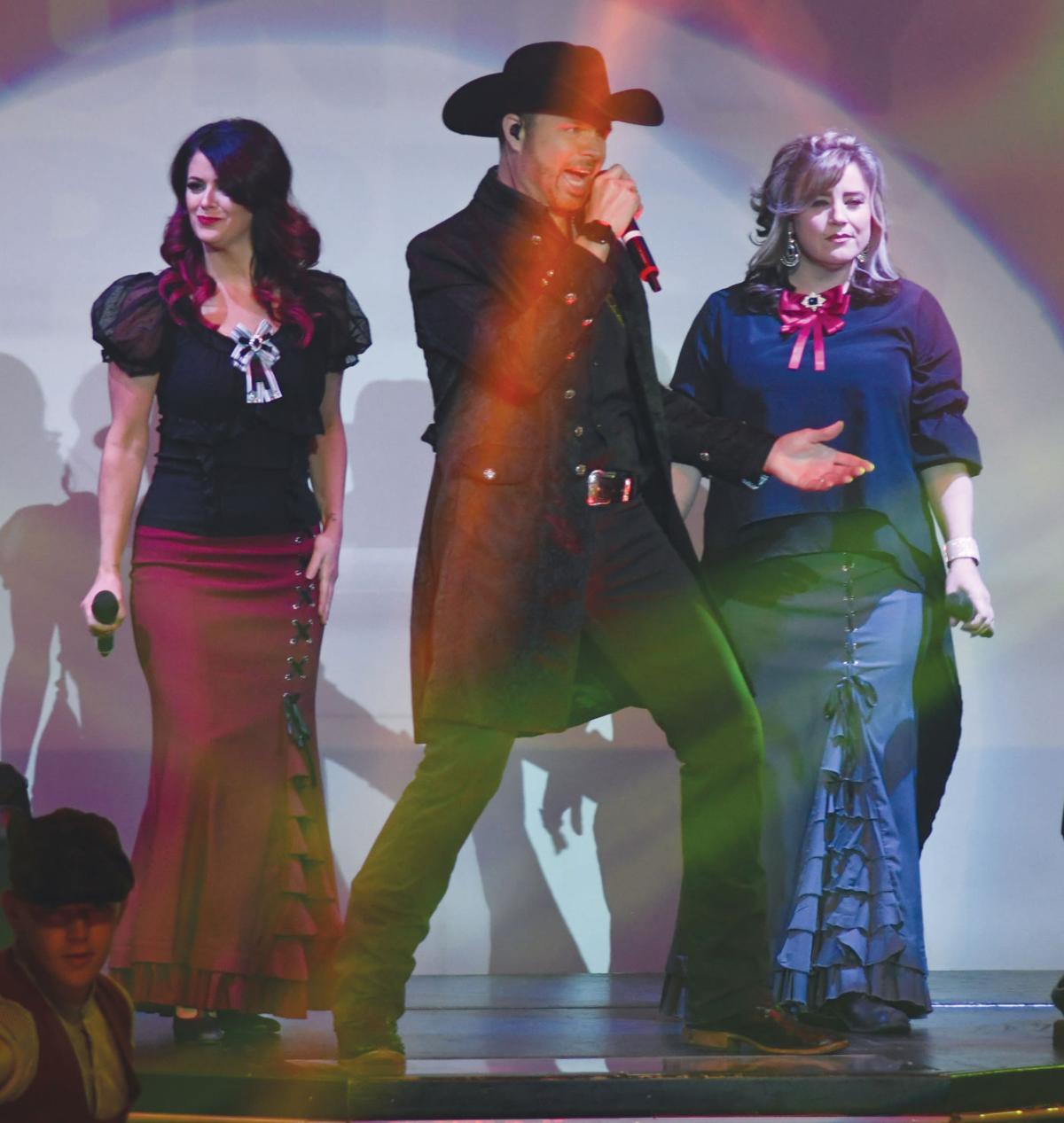 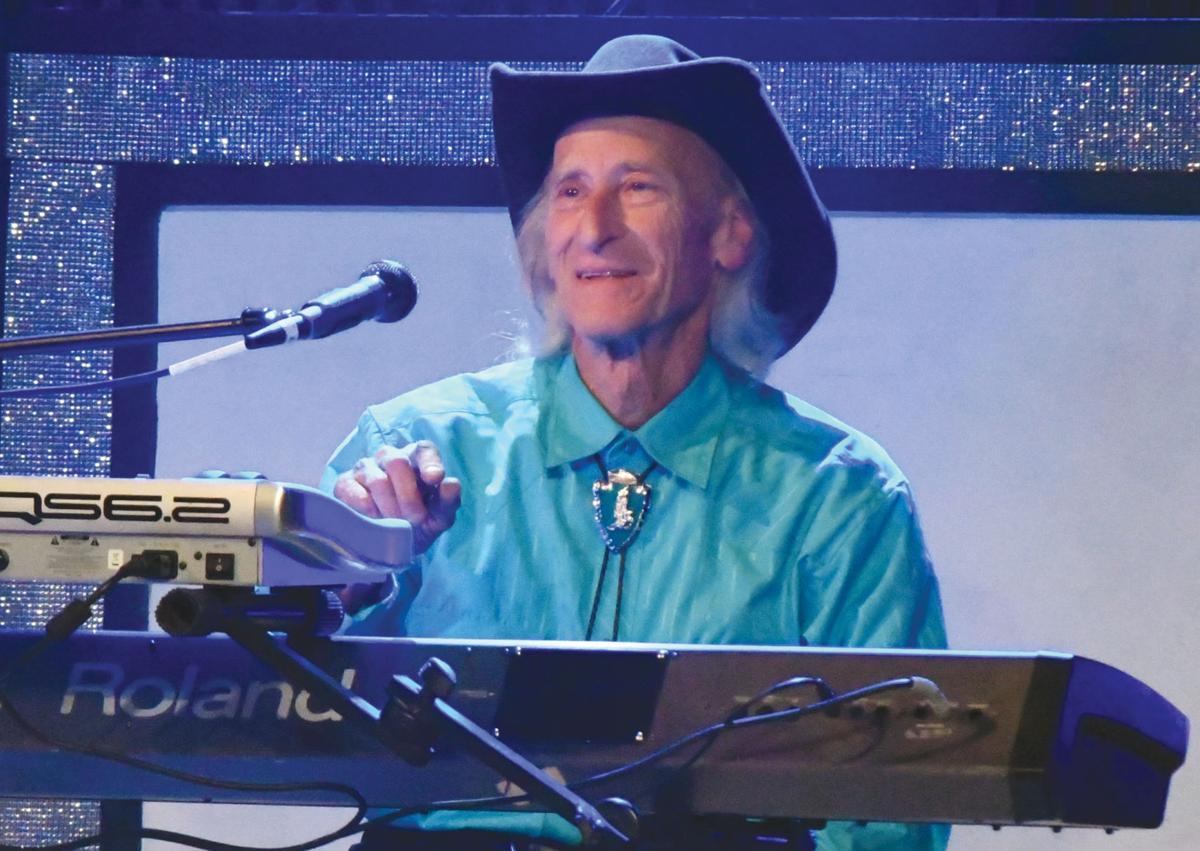 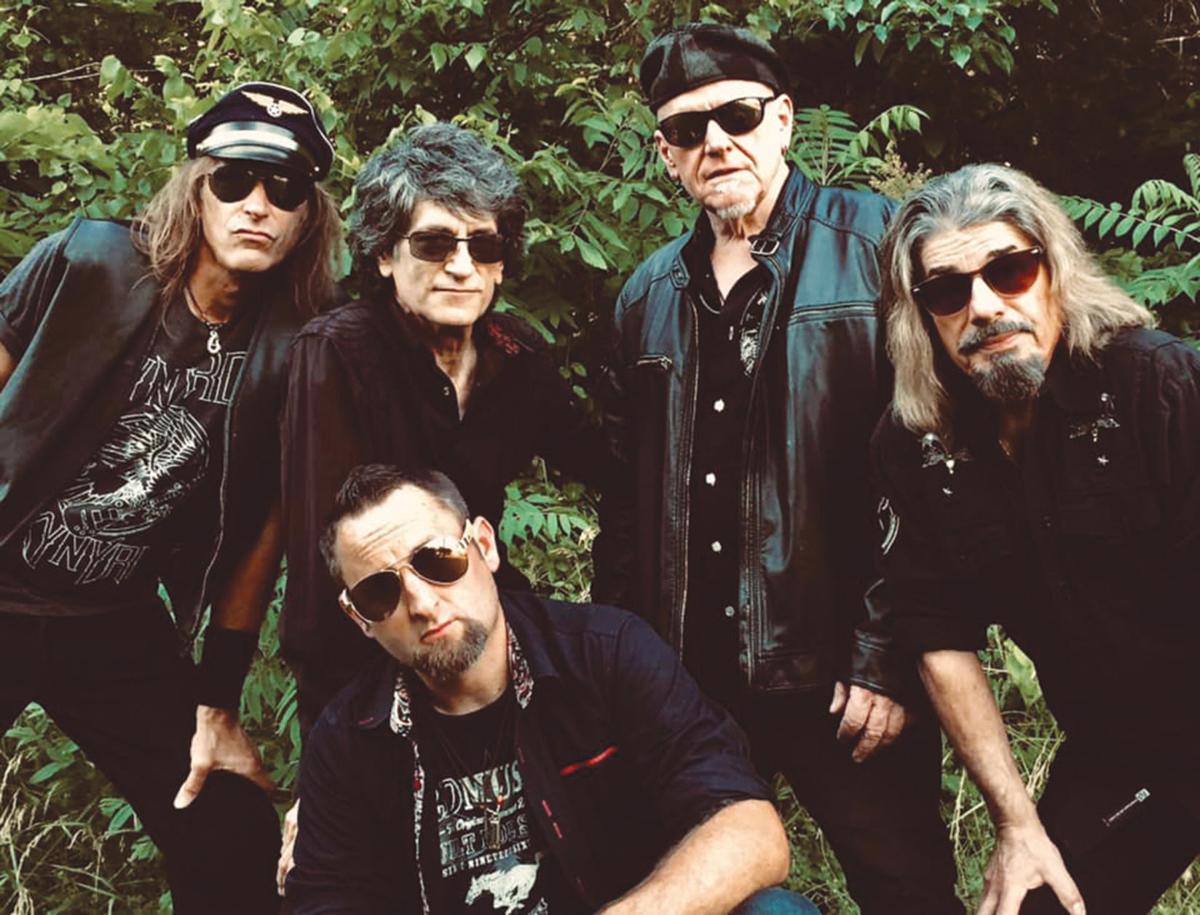 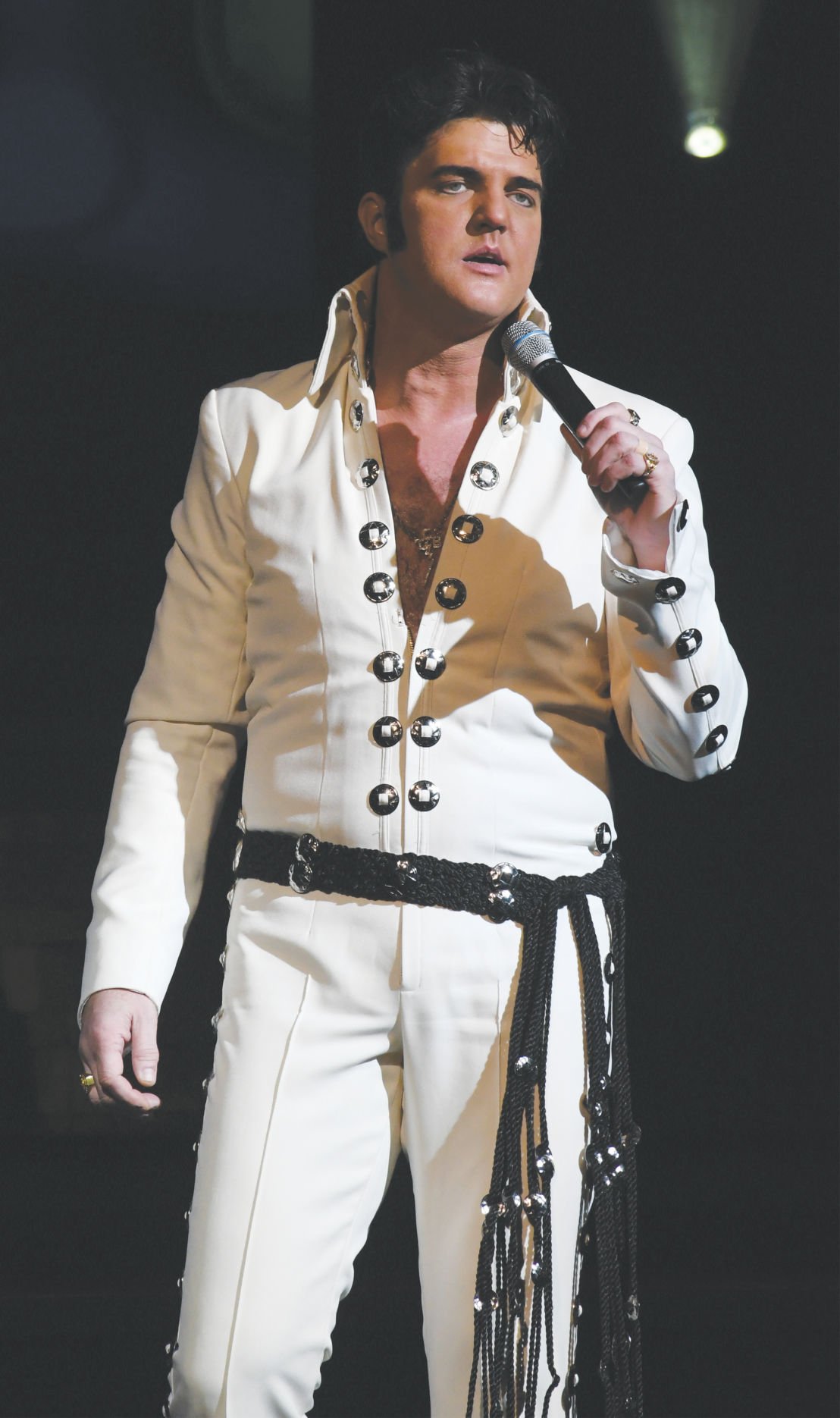 Ryan Pelton and the rest of the cast of “Legends in Concert” returns to the stage at Dick Clark’s American Bandstand Theater Thursday night.

Matt Gumm again tickles the funny bones of those in the audience at “Clay Cooper’s Country Express.”

Ryan Pelton and the rest of the cast of “Legends in Concert” returns to the stage at Dick Clark’s American Bandstand Theater Thursday night.

All aboard Clay’s ‘Express’

Cooper, a Branson mainstay for more than 30 years, again headlines the show with his wife Tina, their sons Caden and Colton, comedian/singer/instrumentalist/entertainer Matt Gumm, vocalist Kari Garrison, the 3rd Power trio of Jordan Dickinson, David Griffin and one of the show’s newest cast members, Kaylee Riggins, nearly a dozen dancers and a seven-piece band led by one of my favorite folks in the whole wide world, the legendary R.P. Harrell.

The show once again follows the same basic “format” which made it one of the biggest and best in town, but this year’s song selections and dance numbers most assuredly put this version in the running for best “Express” show yet (The new Hank Williams Jr./Blake Shelton number may be worth the price of admission on its own).

This is a true “variety show,” offering  a blend of contemporary and classic country and rock, patriotic and gospel music, along with the “Country Express Dancers” and comedy stylings of Gumm. Add in the production value of the best lights and sound in town, and “Clay Cooper’s Country Express”  most assuredly screams “big time show experience.”

From top to bottom, the cast is one of the most talented in the area, but this production sets itself apart from all the other “big shows” in town thanks to Clay’s personality and interaction with the audience. As he weaves his way through the crowd, greeting old friends and making new ones, the show seamlessly shifts from a massive production to an intimate affair, then back again.

It really is amazing to see him have an entire audience in the palm of his hand.

So Loyal Reader(s), if you like country, rock, gospel, America, high-quality productions and having a great time, you’d be hard pressed to find something that hits all those marks like “Clay Cooper’s Country Express” does.

Showtimes are 7:30 p.m. Wednesday, Friday and Sunday, with Monday night shows set to kick off July 6.

Last week I got a call from local entertainer Aaron Napier hipping me to the fact the Black Oak Mountain Amphitheater, located just south of Branson in Lampe, will reopen July 18 with a special concert event featuring a handful of local and regional favorites.

So far, the lineup is set to feature Joey Herd, the Credence Cool Water Revue band, as well as Lytyl Skynyrd, a band which pays tribute to the late, great Ronnie Van Zant and the boys in Lynyrd Skynyrd. More artists are set to be announced over the next few weeks.

The gates will open at 3 p.m., and the “family-friendly” environment will also include yard games, fun activities, food, beverages and more. Tickets are slated to go on sale soon.

Back in April, Black Oak Mountain Amphitheater’s new owner John M. Stauffer II announced via their website the venue would not open May 30, which was to see Justin Moore and Tyler Farr, hitmakers with ties to this area. Moore’s date has been rescheduled for Oct. 10, sans Farr.

All previously purchased tickets will be honored for the Oct. 10 date.

The show is rounded out by saxophonist Gary Dooms, as well as the hilarious comedy of ventriloquist Jim Barber and his partner, Seville.

Guests are asked to bring their own lawn chairs or blankets to sit on the grass. Social distance seating will be implemented. Plus, audience and all event volunteer workers are encouraged to wear facial masks when entering or exiting the park, especially if social distancing is not possible. Refreshments will be available for purchase at the BRAC concessions tent, but guests are allowed to bring their own snacks or drinks in non-glass containers. In case of rain that evening, the concert will be postponed to a future date.

As Independence Day approaches, many shows are gearing up to open in Ozark Mountain Country.

This show, which features “incredible look- and sound-alike artists performing the biggest hits of yesterday and today,” will return with a lineup including Clint Nievar and Justin Sassanella paying tribute to the Blues Brothers, Michael Knight as Michael Jackson, Tina Dawn as Taylor Swift, as well as Ryan Pelton performing tributes to two different eras of Elvis Presley.

Friday night sees the return of illusionist Rick Thomas and his “Mansion of Dreams” show at the Andy Williams Performing Arts Center & Theatre.

Also set for a July 1 return is the Branson Imax Entertainment Complex, as well as many shows at the Little Opry Theatre.

Speaking of the Little Opry Theatre, Sunday morning, July 5, finds the “Good News Gospel” show at 9 a.m. When I first announced the return of this show, I mistakenly added the name of a performer who isn’t part of the show on a weekly basis, so I figured I’d let my Loyal Reader(s) know a bit more of what they can expect.

“Good News Gospel” is an uplifting and song-filled Sunday service led by Kenny and Donna Christensen every Sunday morning. In addition to being one of the best dudes I know, Kenny Christensen is an award-winning arranger, producer and keyboardist of the Cristy Lane’s timeless “One Day at a Time.”

He is joined by his wife Donna, a Christian singer/songwriter, guitarist Mark Boyd, who performed with Moe Band and Mickey Gilley for many years, along with local favorite Rick McEwen, who headlines shows at the Little Opry Theatre as well as the Branson Star Theatre.

Both of these services are free to attend.